You are invited to take part in the best fishing app community, to share fishing experiences and gain access to the best fishing tools on the market. With Fishing Weather designed by Fishermen, Fishing Maps GPS built for Fishermen, and a Fishing Community shaped by fishermen; FishWise quickly gives you one fishing app with the ability to plan, prepare, and share your next fishing experience. WEATHER DESIGNED BY FISHERMEN FishCastTM Predictions and Fishing Forecast: "Takes the guesswork out when targeting inland game species such as Largemouth Bass" (TechCrunch). Over 12M predictions have been used to date using an industry leading prediction and forecast tool. Trusted and tested by Fishermen around the globe, the prediction is more than a Solunar calendar as FishCast combines 8 tracked weather related variables to determine your best fishing times. MAPS BUILT FOR FISHERMEN Turn your smartphone into a powerful GPS Fishing Map device plus more! (1) Lake Contour Maps: Scout new fishing spots using lake depth charts. (2) Custom Waypoints: Plot your fishing holes, lake debris, hot spots, and waypoints. (4) GPS Navigation: Navigate to any custom location in real time using your phone's built-in GPS. PRO MEMBERSHIP With Pro Membership, you will gain access to private land boundaries for the entire United States. This map layer will be displayed over your existing satellite map if enabled in the layer’s menu on the map tab. The Pro Membership costs $49.99/year. The subscription automatically renews unless auto-renew is turned off at least 24-hours before the end of the current period. The payment will be charged to iTunes Account at confirmation of purchase. Subscriptions may be managed by the user and auto-renewal may be turned off by going to the user's Account Settings after purchase. No cancellation of the current subscription is allowed during active subscription period. https://sportsmantracker.com/privacy-policy https://sportsmantracker.com/terms-of-use COMMUNITY SHAPED BY FISHERMEN Join a community of fishermen who understand See who got the big one-See thousands of photos and read thousands of stories of how other fishermen achieved success. (1) Log your catches- Each catch is an opportunity to make memories. Don't lose out on the chance to keep those memories alive! (2) Talk shop- Chat with hundreds of thousands of fishermen across the country and be a part of their success! (3) Record Keeping- Record your catch along with other details for every fish. Fish more. Fish Better FishWise. Privacy Policy: https://sportsmantracker.com/privacy-policy Terms of Use: https://sportsmantracker.com/terms-of-use 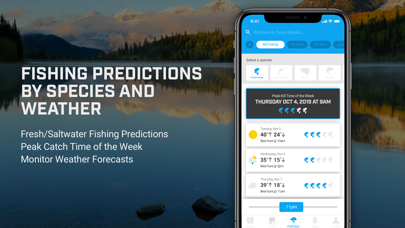 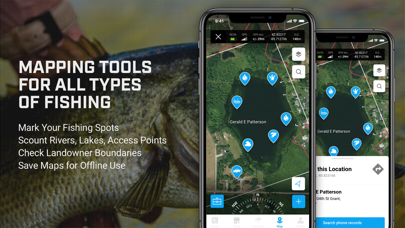 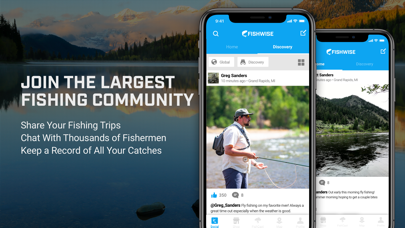 I love this app and I would've def. gave it 5 stars if it wasn’t for it freezing every single time i tried to use it. and i mean EVERY. SINGLE. TIME you open it it’ll freeze. what a waste of a great app. Update: After my last review, I was contacted by the developer and said they would work on the app and its problems but nothing has changed and it still crashes every time I try to see other people’s logs and even after I refresh the whole app it doesn’t work. Terrible execution of an app with a good potential.
By TaNiA1o1

I absolutely love the app I’ve used it for a few months and it works great however over the last week it hasn’t loaded so I in installed and reinstalled and now it works fine. So if you’re having that problem just delete it and redownload it. And if any developer sees this I have a iPhone 6s and the latest software.
By bayou_boy_fishin

Wow!! I gotta say now this is the best app ever!! I like it a lot!! I don’t think anything could be better!! I do have a suggestion for this app!! I would love it if it had a shop for like hats, T-shirts and other fun stuff!! But other than that!! I would totally recommend this app to anyone who likes looking at fishing posts!! Kinda reminds me of Facebook a little. Lol
By largemouthbass22

I really love this app!!!

It’s a great social media app for fishing!!!
By Awesomehunter64

This app I thought was gonna be good but the app does nothing but lag I have had to reinstall this app over and my over I mean they got a good idea but they exude it poorly I think I will stick it my other fishing apps and I think the comments on the reviews are fake. And they added them there self and all it does a lag a freeze were the point you got to uninstall it a reinstall it for it to work it’s so far the worse fishing app I have used... don’t waste your time to download this maybe in the future they will have all the bugs worked out to were I can right a better review but not right now
By UsNyF

While no app can tell you everything, this one is does well. FishWise and two other apps (to fill in overall) give me a pretty good picture of possible fishing success. Like the updated interface and pinning my favorite fishing spots. The new feature for looking up state fishing info and licensing is nice since I travel a lot with my fishing pole!
By Greg_pf_tx

Just discovered fish predictor went away and fishwise took its place. Can't log in any way, through fb or email. I liked fish predictor. Straight forward. Simple.
By NjVic

This app used to be so much better

This app was great when it was called Sportsman Tracker. The main problem I have with the app is that I can't look at my pins and the predictions for that day. Please fix this
By Big Bass Bros