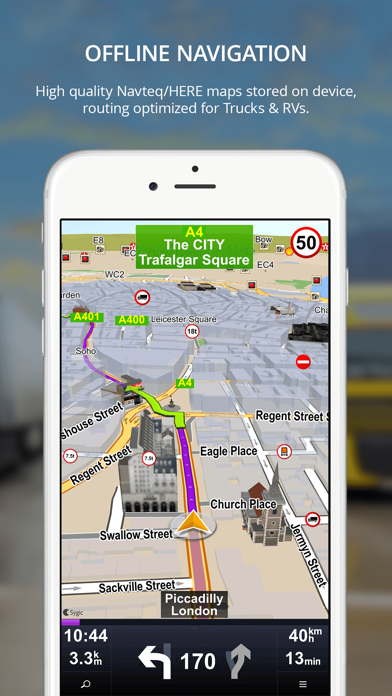 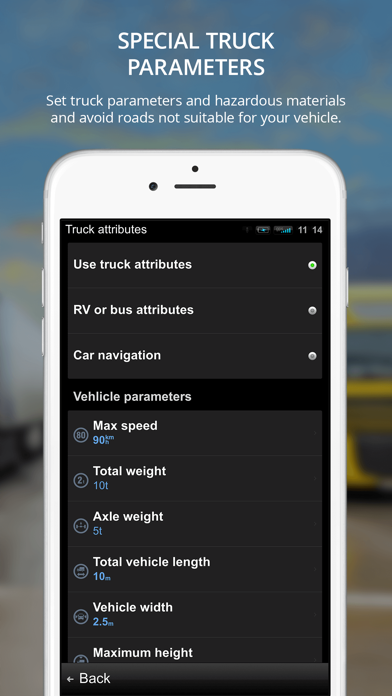 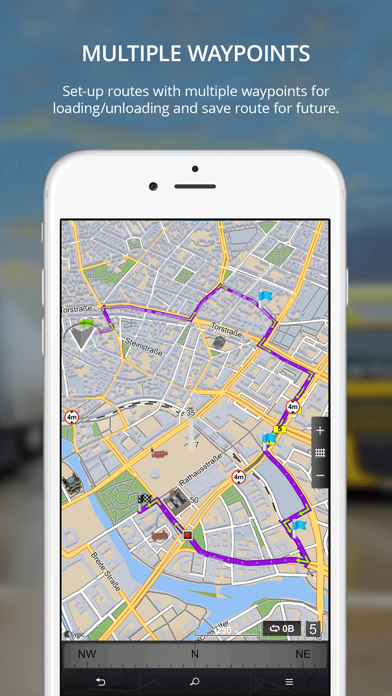 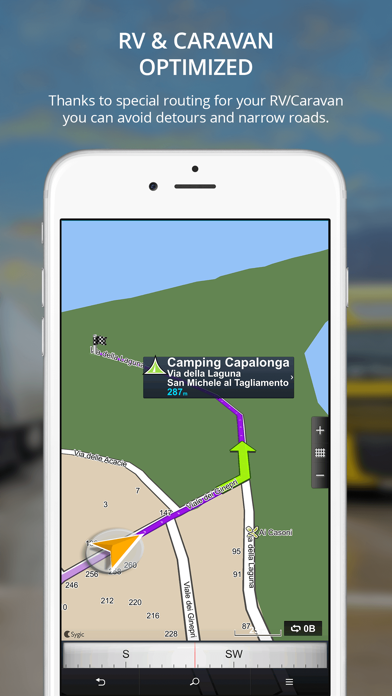 The software is clunky and barely functions. It won’t communicate with the apple store for the subscription of ”Premium service”. So I am paying for nothing. Been in a death spiral with customer service for 48 hours now where they seem to just be doing random crap to see what's wrong. They tell me it's fixed...its not. Avoid this headache.
By minn8325

I have been using this app for about 3yrs already and I never had a problem with it.
By Nitto08

Love the app, wish for updates

I really love this app, it’s came in handy when I’m driving a large F550 straight truck in northern New Jersey for work. I just wish that this app could be updated more like the android version. 4 stars for now, 5 if an update comes!
By fran732

Not good for apple products

The app crashes very often. The speed limits and weight restrictions are not updated.
By ToqWatts

Is been more then a year and this app did not get anymore updates.
By cip111

Subscription = BS, auto renew = BS. Shame on them
By kurtpr

I perches the app 2 weeks ago and it keeps telling me your trial will be ending even though I did pay for the license I reach to there support just to keep sending me emails with some stuff that I did a million time they don’t have a phone number to reach so I think I just lost my money stay away from them find I an app we’re if you need help you will find a number to call or they will solve your problem ,what a waste of money and time
By shadieid

Incredible application with only one issue

Hands-down I think this is the best truck application out there especially because it includes bridge heights in the area that you’re in you can look across the map and see where all the bridge heights are, The visual on this mapping system is very appealing as well my only complaint which I wish they would come up with a fix for is that it crashes way too much when using iPhone or iPad even when resetting the app and reloading it, it still crashes at least once an hour which is very irritating especially when you need it
By zien41

The navigation portion of this app is not bad. The speeds need to be updated and for the most part the routes were fairly good. My biggest issue is with the lack of support. The only option is email and the average response time was about 5 days. Most of the time my issues were not addressed. I cancelled my subscription and but the bullet and purchased a GPS system.
By James7610