Brought to you by the makers of Words with Friends, New Chess With Friends is the most social and engaging way to play Chess on an iPhone and iPad. Connect with friends and family or easily discover new opponents from the active Chess With Friends community. Play multiple games at the same time, track your moves and improve your stats. Already a Chess With Friends player? All your games, friends, stats carry over into this new version. Download New Chess with Friends and start playing today! ______________________________________ FEATURES • CONNECT with Facebook to play family and friends • DISCOVER new opponents with Smart Match or challenging who's Playing Now • TRACK your record, skill rating, and head-to-head stats to improve your game play  • CUSTOMIZE your board and pieces in the theme selector • CLIMB the global leaderboard and compare your performance to the best • RELIVE the glory or despair by replaying moves in existing and past games  • CHAT with your friends or opponents while you play • CUSTOMIZE your board with beautiful background themes and pieces • PLAY multiple games at once across multiple mobile platforms • COMPATIBLE with previous versions - Your friends and games carry over ________________________________________ * Play New Chess With Friends without third party ads between moves if you previously purchased the ad-free version of Chess With Friends on iOS. Be sure to login with Facebook or the email account you used to make the previous purchase to continue to play without third party ads between moves. ________________________________________ Already a fan? Join our active communities to discuss the game, give feedback, or find new friends to play Facebook: www.facebook.com/ChessWithFriends Twitter: www.twitter.com/ChessWFriends Instagram: https://instagram.com/chesswithfriends/ ________________________________________ ADDITIONAL DISCLOSURES • Use of this application is governed by the Zynga Terms of Service. These Terms are available through the License Agreement field below, and at http://m.zynga.com/legal/terms-of-service. • For specific information about how Zynga collects and uses personal or other data, please read our privacy policy at http://m.zynga.com/privacy/policy. Zynga’s Privacy Policy is also available through the Privacy Policy field below. • The game is free to play, however in-app purchase are available for additional content and premium currency. In-app purchases range from $0.99 to $99.99. • This game does permit a user to connect to social networks, such as Facebook, and as such players may come into contact with other people when playing this game. • Terms of Service for Social Networks you connect to in this game may also apply to you. • You will be given the opportunity to participate in special offers, events, and programs from Zynga Inc. and its partners. • Must be 13+ to play. • Use of this application requires a Facebook or Games With Friends account. 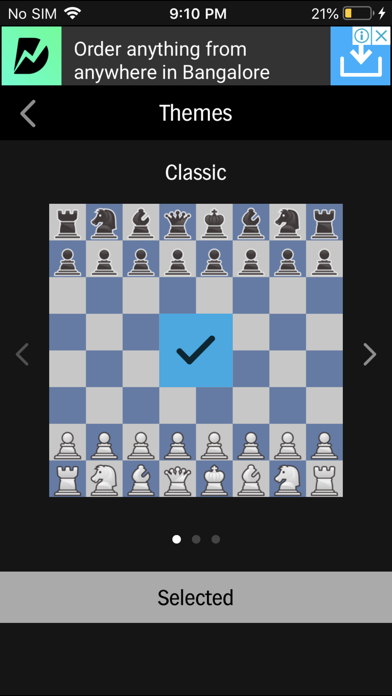 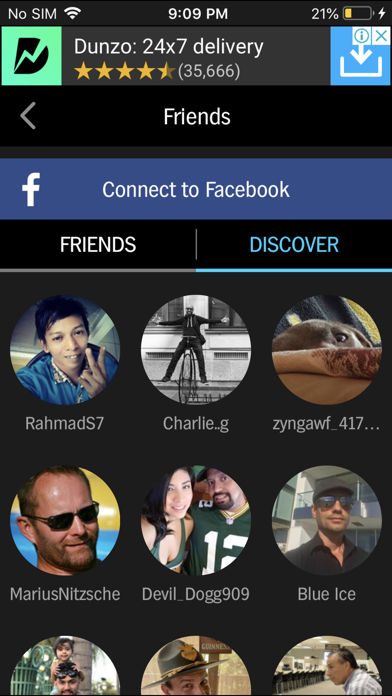 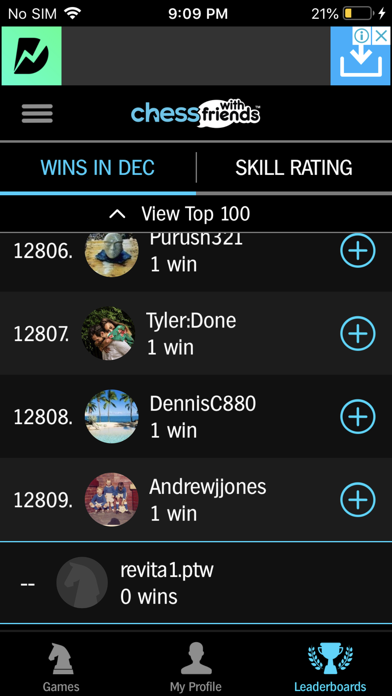 Worst app I’ve ever used. It’s laggy, it crashes, there’s an ad every move you make, and i was so frustrated with the ads that I was going to pay what I thought was the 0.99¢ to get rid of the ads but it’s $9.99 to go ad free!!!!!! WHAT!?!? It’s obvious the people involved in this app don’t care at all about the app or it’s users I wish I could give it less than one star!
By jrremm

I purchased this app with great expectations. Left with disappointments. Corrupted games with preferential treatment to certain opponents who app staff refuse to let lose. This app is lost. Hire a new designer!
By Venus Project

The app is in desperate need of bug fixes. It used to be an excellent app but I feel like it has been neglected. Please update the app and respond to consumer reviews/ratings.
By Riley Garcia

Bug in the current version

Terrible - don’t use it

TERRIBLE! The app glitches like every couple days and just completely freezes. I have to literally delete the app and download it all over again for it to work
By Young Scorsese

Chess is chess. Unless you play it here. Then it’s a glitchy mess and full of aggravation. Looking for an alternative.
By Eric Esquire

The app is a fun and free chance to play chess with other players. That said, I have a few criticisms. First, if you don’t have Facebook, you’re kind of out of luck in terms of changing details, like a picture, on your gamer profile. Second, the app corrupts a lot of games. I’ve had more than a couple corrupted, which was a bummer because I was off to a great start. Third, the app, at least mine, freezes often. Fourth, the help buttons in the app are not helpful. Fifth, the chat feature is cemented to a specific game. So, if you close/clear the game from your history, you have no way of reading or replying to a message. So, fun, free, and simple, but you do have these issues to work around. Just wish they would actually take the time to work out these kinks.
By Fang1usa

To many games end by corruption.

My girlfriend and I signed up so we could play together. Neither one of us can find each other. The search feature returns no results. We are sitting next to each other.
By fgbbjjvcdd