Looking for a 30+ dating app? Educated singles? You’re in the right place! Over 85% of our EliteSingles members have completed above average education and our users are predominately aged 30-50. Thousands of local single women and men have already found love through EliteSingles dating app, and now it’s your turn! Our approach to online dating is simple: take our unique personality test developed by professional psychologists and receive daily matches with outstanding, local singles that are perfect for you. Set your preferences and you’ll be sure to find just what you’re looking for with our intelligent matchmaking algorithm! Plus, in order to ensure a safe and secure dating experience for you, we review all new profiles and perform regular quality checks, so we’re confident all our members are genuinely looking for love. Access our exciting dating app premium features and meet compatible local singles easily, anytime, anywhere. Discover your perfect match and find chemistry that lasts, with EliteSingles dating app. Download it today! NEW FEATURE: Need some help starting conversation? Try our icebreakers questions! EliteSingles Free Dating App Features: ▸ Take the personality test ▸ Fill in your profile and preferences ▸ Get 3-7 highly compatible matches daily ▸ Get access to your matches' complete profile ▸ Send smiles and likes ▸ Send icebreakers and read the ones you receive ▸ Look through more profiles using our Open Search function Upgrade to the Premium EliteSingles Dating App to: ▸ See your matches' photos ▸ Send and receive unlimited messages ▸ The Like List: See who you liked – and who liked you! ▸ Who’s interested? See who’s visited your profile You can purchase the Premium Membership for 1, 3 or 6 months. IMPORTANT INFORMATION FOR SUBSCRIPTIONS ▸ By upgrading to Premium you are purchasing a SUBSCRIPTION THAT WILL AUTOMATICALLY RENEW FOR THE SAME PRICE AND SAME DURATION AS THE INITIAL one/three/six months package, please see details, including how to cancel your subscription below ▸ To avoid any doubt and as an example: a three months subscription will renew into another three months subscription at the exact same price as the initial three months package, a six months subscription will renew into another six months subscription at the exact same price as the initial six months subscription and so on. ▸ Your iTunes account will be charged at confirmation of your purchase ▸ Auto-renewal may be turned off by going to your Account Settings after purchase and must be turned off at least 24-hours before the end of the current period to take effect ▸ No cancellation of your current plan is allowed during the duration of your current subscription ▸ When a subscription is canceled, access to the Premium features will expire at the end of the current payment period. ▸ Any unused portion of a free trial period, if offered, will be forfeited when you purchase a Premium subscription, where applicable. Privacy Policy Information Your safety and privacy are important to us. Our Profile Verification, SSL Encryption and Fraud Detection Systems all provide you with a dating app where you can feel comfortable to share what you want, with whoever you want, when you want. ▸ More information about our Privacy Policy: https://www.elitesingles.com/privacy ▸ More information about our Terms & Conditions: https://www.elitesingles.com/terms ▸ Our Frequent Questions answered: https://www.elitesingles.com/help ▸ Any question or suggestion for improvement? Get in touch with us at support@elitesingles.com. 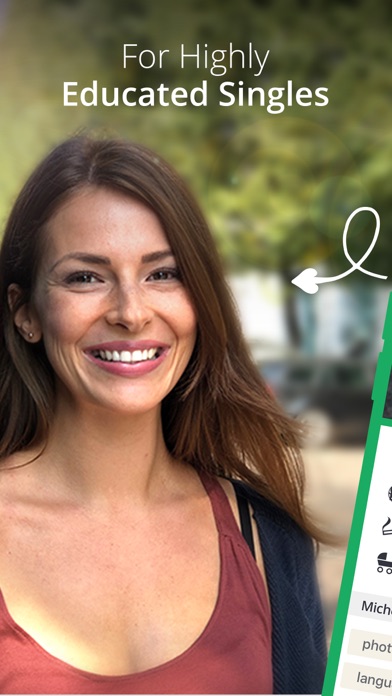 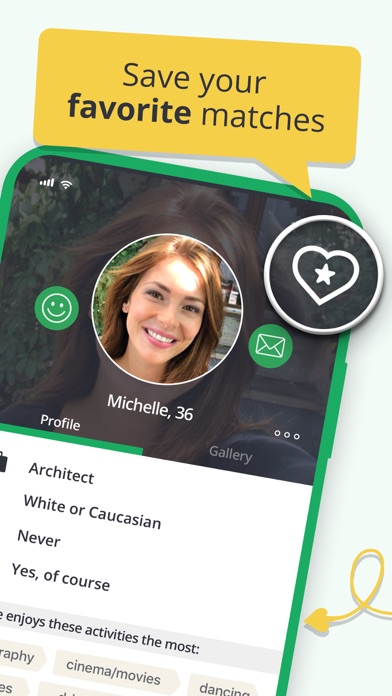 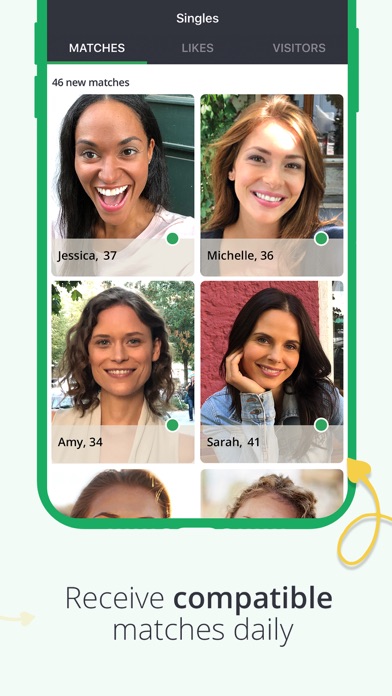 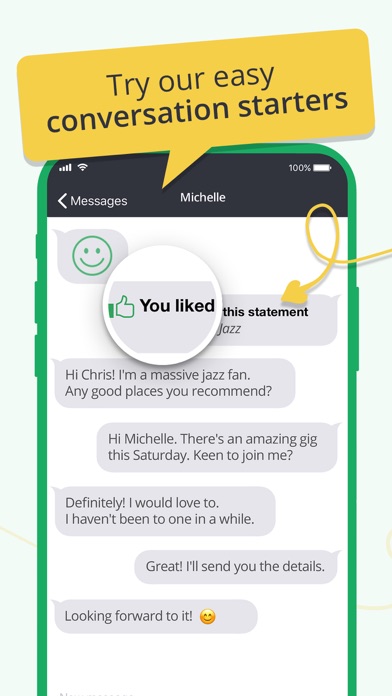 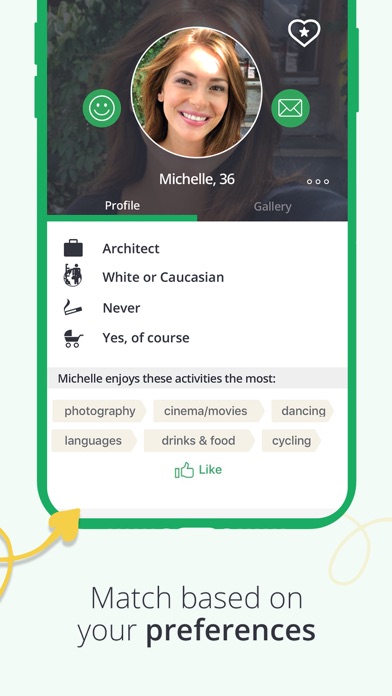 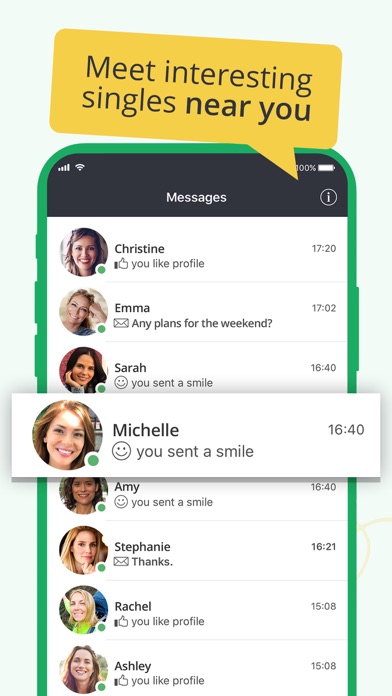 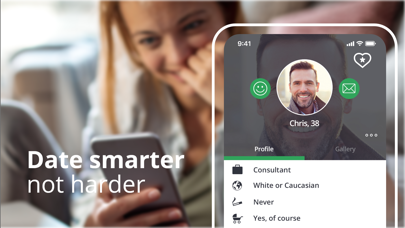 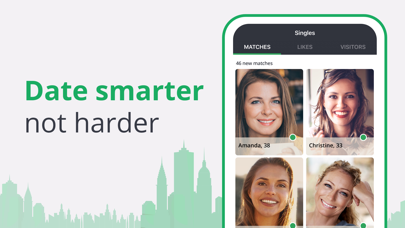 I’ve always been skeptical about using dating apps let alone paying for a premium subscription for one. Hands down this is what I got. The platform is super outdated and not very user friendly especially for a $50.00 a month subscription. Push notifications do not work - when you get a message from someone you don’t get the message until your next logon which could be 5 hours later.. The thorough initial psychological questionnaire makes it seem like this app is worth while when it’s not. You get PLENTY of smiles before you get the subscription that it is literally like a ghost town prior. You can’t even see a ones faces before hand until you get the subscription which by that point feels forced. Out of the one month subscription trial I’ve only had messages with 3 people 200 miles away... Additionally contacting support? GOOD LUCK. I always got time out errors or the message field was blank and the interface icon is ghosted out. 0 STARS. And honestly I want a REFUND.
By Millenial Samaritan

A lot of the profiles that “liked” me or whatever did not appear as though they were made by real humans. Most of them didn’t even have profile pictures or any information whatsoever but the algorithm suggested we’d have great compatibility. No thanks.
By QueeninGreen

App is so slow and crashes. And quality of people is atrocious. Do not waste your money. Do not even have a functioning “Help” feature.
By HonestReview2000

Very deceiving, kept getting emails saying I had likes. Paid the money and there were no likes.
By Davenewo

I pained for this site and I don’t get messages or reply. It’s costs too much and a very low budget application. I paid 3 months. I could use some refund !!!!
By amber2356952

City listed but no state

It would be great if you list the city AND state of a potential match. As a paying customer, I should not have to google the town, in hopes of finding what state my match lives in. What if the distance is too far? On another note, if a woman is on her early 40s & she sets her preferences, do not reset her preferences when she opens the app.
By Hadrian5

My limited subscription turned into a $139 renewal. When talking to a customer service representative, they were unsympathetic about the charge. I wouldn’t mind paying for a dating app subscription if there really was a benefit to belonging. In this case, the candidates and potentials in the app don’t compare to free dating apps like Bumble or CMB. Don’t even bother trying it. It’s not worth the risk of bothering with these scammers!
By Patty_Paypal user

It’s a waste of money. Most of the matches have no pictures and they aren’t local people. Poorly designed and a waste of time and money. Very disappointed in the app. I’ve had better luck with one that is free which the Facebook one.
By Martin+22

Pay a lot, get literally nothing

I agree with what everyone else is saying. I wish I had looked at the reviews before I got it but hopefully whoever is reading this won’t make the same mistake. If I had to guess numbers, 85% of people don’t have a photo on their profile and of the 15% that do, 95% only have one photo. There’s a lot wrong with this app but the whole idea of it is that there’s supposed to be quality people on it and that’s simply not the case.
By Kate Anon