Good Morning Alarm Clock is a smart alarm clock that finds the optimal time to wake you up, keeps track of your sleep quality, and notifies you if you have a sleep debt. HOW IT WORKS Every night we go through different phases of sleep - from light to deep. The secret to waking up rested and feeling more energetic and alert upon awakening is to wake up during a period of your lightest sleep. Good Morning Alarm Clock uses the iPhone’s accelerometer to monitor your movements while you are sleeping and detect which sleep phase you are in based on your body movements. It creates a 30-minute window before the wake-up time you set and goes off within this window while you're in the lightest phase of sleep so gently that it feels natural to wake up. In the morning, you also get a nightly record of your sleep in the form of a graph along with the essential stats. CORE FUNCTIONALITY: * Good Morning Alarm Clock keeps track of your sleep phases and wakes you up gently at the perfect time to help you rise and truly shine in the morning. * Every morning the app provides you with the statistics on your last night’s sleep and easy-to-read sleep graph. * Gives advice on Sleep Quality. Get tips on how your sleep can be improved along with your night stats. * Aggregates weekly statistics for you. Thus you can track sleep debt, hours slept and quality of your sleep during the week and change your habits to sleep better. * Sends you stats reminder: No chance to forget about healthy sleep habits with a weekly summary on Sleep Debt & Average Sleep Quality. * Tracks your sleep even if the alarm is off: you don’t need to set an alarm clock on Sunday or your day off to see how you slept this night. * Gently wakes you up to your favorite music or pleasant alarm tunes. * Provides weather forecast. Plan the day ahead easily - get the current weather conditions & forecast temperatures at your location. * Lulls you to sleep at night. The app allows you to create your own playlist with your favorite songs or fall asleep to relaxing sounds. * Supports iCloud Music Library * Takes care of you. Set your Sleep Goal and Good Morning Alarm Clock will send you an alert message if it finds out that you get less sleep than you need. * Works with Apple Health. Benefit the ability to export Asleep & In Bed stats to the Health app to store all your health data in one place. * The app has 3D Touch support for iPhone 6s and iPhone 6s Plus. Just press Good Morning Alarm Clock icon to quickly access the most frequently used app features. Peek at your sleep stats for any night without having to actually open it with a light press, press a little deeper to Pop into it. Sleep smarter and better. Wake up smoothly. Change your mornings forever. Please note that movement from pets or a partner may impact results. For complete access to all Good Morning Alarm Clock features, you will need to allow access to the following: *Notifications – so the alarm will ring. *Media Library Access – so that you can set your own music as an alarm sound. *Health App – so you can export your data to Apple Health. *Location – so you can receive the weather forecast for your area. Privacy Policy: http://apalon.com/privacy_policy.html EULA: http://www.apalon.com/terms_of_use.html AdChoices: http://www.apalon.com/privacy_policy.html#4 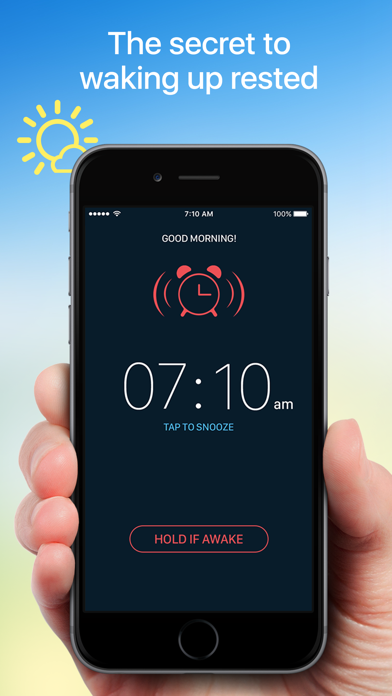 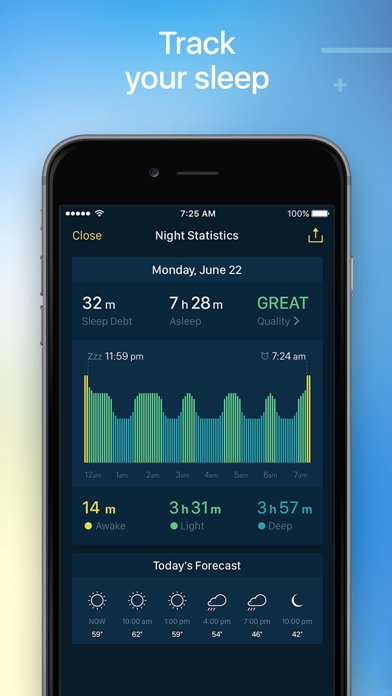 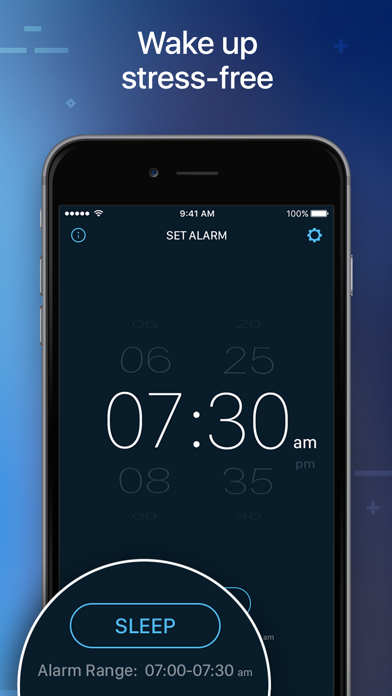 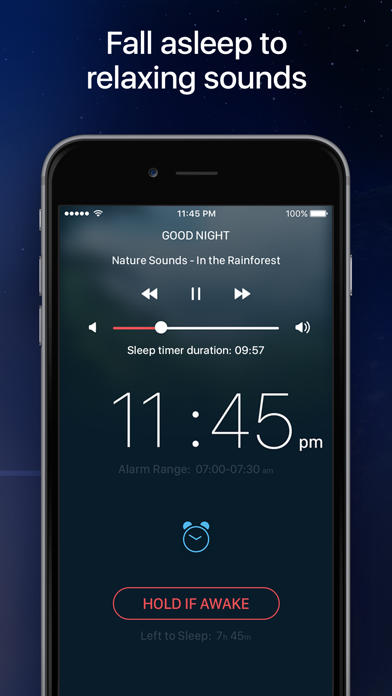 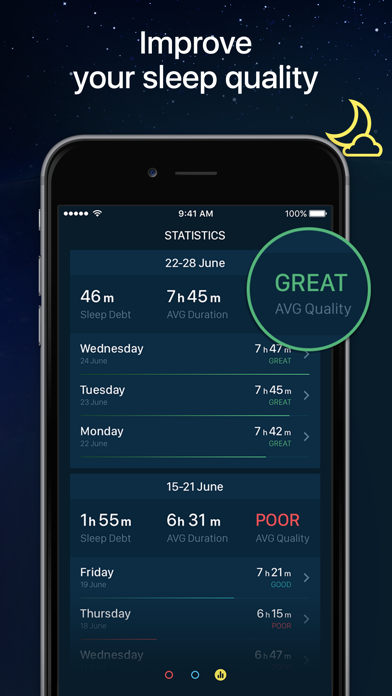 Quite awhile ago, I was having trouble with starting the app. That problem, happily, was resolved. In fact, I had forgotten all about it until looking at it today. I use this app without fail. In fact, I’m rather addicted to it. One thing I wish could be an added feature (I stated this one before) is the ability to change the wake up time after having started the app. If a night is going very poorly, I would like at say 3 o’clock in the morning to change my wake up time to say 8 instead of 7. That would be great. As it is now, I have to abort it and go without the stats & alarm. Any chance, team, this could be an added feature? Thank you!
By yessum51

Good but some glitches

Love being able to see my sleep quality. Easy to use and set up. My only complaint is that sometimes a different, random song plays to wake me up instead of the one I’ve selected, startling me awake. Is there a way to fix that?
By mchaky

The best app ever

This app is simply amazing! It has helped me sleep better.
By Eagle One +254

Perfect alarm clock as far as I’m concerned. My favorite feature is that the volume setting stays consistent no matter where i set other volumes on my phone. If I accidentally muted the ringer sometimes the phones built in alarm is also silent, which obviously is counterproductive. Goodmorning never lets me down and rings with the same volume every morning. Feature req: can we have more variety with the rings? I’d love to have a dozen or a few dozen more rings. I’m not docking my rating because of the paucity of rings; a half dozen seems fair. I’ve been using this for a while and just think that more variety would be awesome.
By David_Dawson

Downloaded this under the false pretenses that you could choose a playlist to wake up to. What it really means is that you can “load” a playlist into the interface, and choose a single song from it, which it will play 45 seconds of before snoozing itself. The interface moves as a glacial pace, often requiring several taps before responding. And now I’ve gone consecutive nights without any of my sleep data registering- literally the only reason I’m still using this. Add to that the fact that the company is entirely unresponsive to these issues, I don’t feel even slightly confident of these crooks responding to my request for a refund.
By rl1504

Confusing app to use
By dark4everbx

Update: this may be an iphone issue. It should override my volume regardless. Appx 2 nights ago, the alarm stopped working. It shows it’s going off but there’s no noise at all. The first night I thought I had forgotten to turn it on, but it just happened again. My volume is up (which never used to matter.). No idea what is wrong.
By LovelyLexx

Since I don’t use Apple Music, I would love to use my amazon prime or Spotify but either I can’t or they don’t tell you how
By Kwaconsult

I’ve been using this app for such a long time and love it! However it is VERY delayed when I try to set my alarm clock. Normally, it’s a fast and easy thing to do before falling asleep, but now it just takes some extra time because the app seems frozen at first. It’s more annoying than anything. Edit: I have lots of free space on my device and everything is up to date
By britalala

Fantastic App, but needs to allow for alarm reset

This is the best of the sleep tracker apps, better than Pillow and SleepScore. Would be perfect if you had the ability to change the alarm after it is initially set.
By gmc1015