Play in fantasy leagues with your friends, completely free! NEW! FANTASY LEAGUE OF LEGENDS - Draft professional LoL players to your team - Strategy: Pick & Ban champions every week - Play every Spring & Summer split w/ friends FANTASY FOOTBALL LEAGUES - Compete with friends by managing a team of real NFL players - Experience a beautifully simple drafting interface - A next-level matchup interface, featuring mascots! - The fastest scores and stats - Research is easy, built for mobile from the ground up FANTASY BASKETBALL LEAGUES - Get your friends together for a full season of hoops! - We've re-invented gameplay to be strategic and fun every week - Enjoy redraft, keeper, and dynasty leagues - The fastest scores and stats in the business BRACKET MANIA - Invite your friends and co-workers to play this popular college basketball game - Pick teams you think will win in the NCAA tournament in March - A brand new mode that lets you pick in Sweet 16 and Final Four CHAT - Blazing fast modern chat for every league and group - Send gifs, images, and more! - Direct message anyone, anytime Sleeper is where friends hang out around sports. 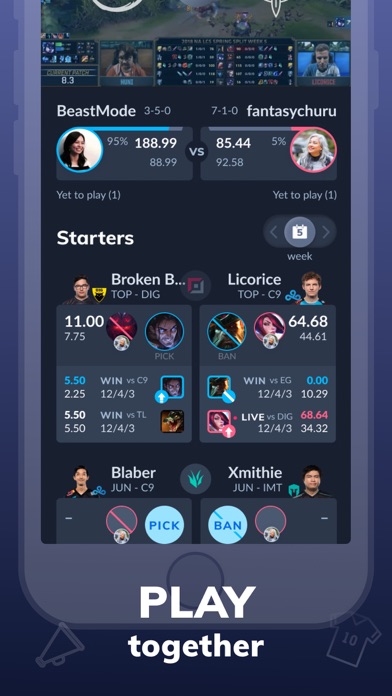 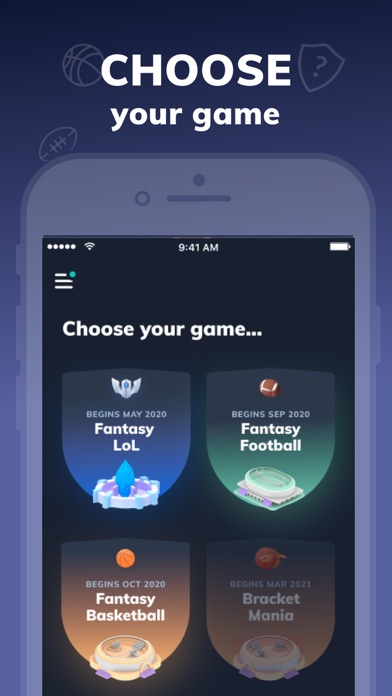 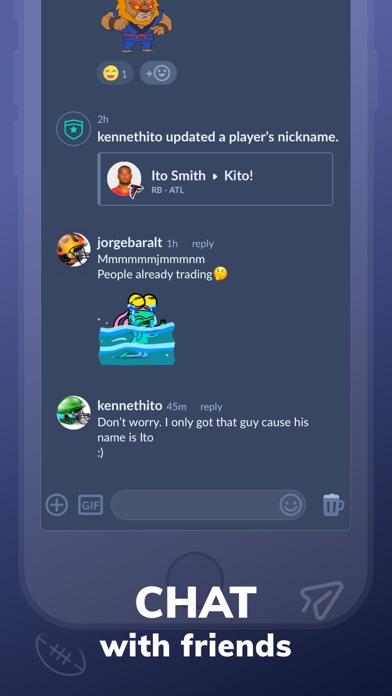 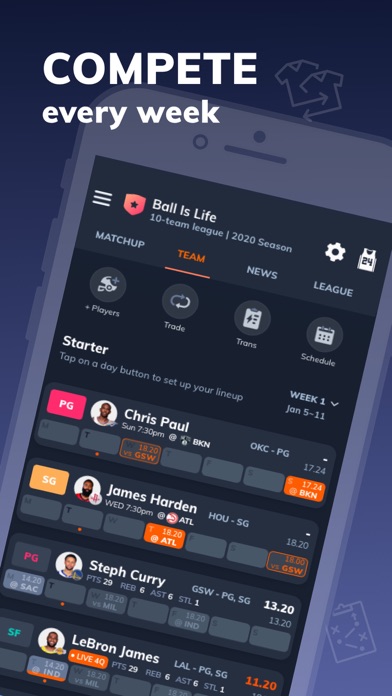 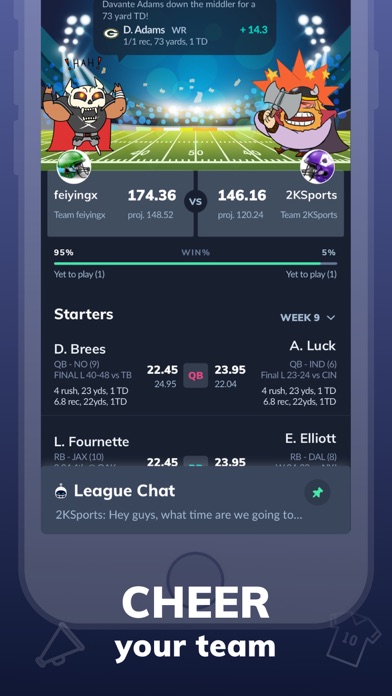 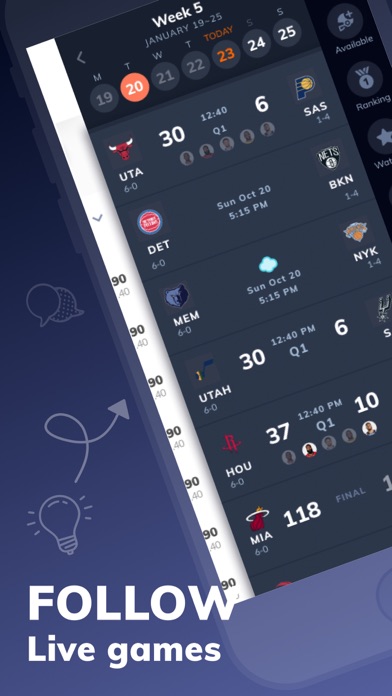 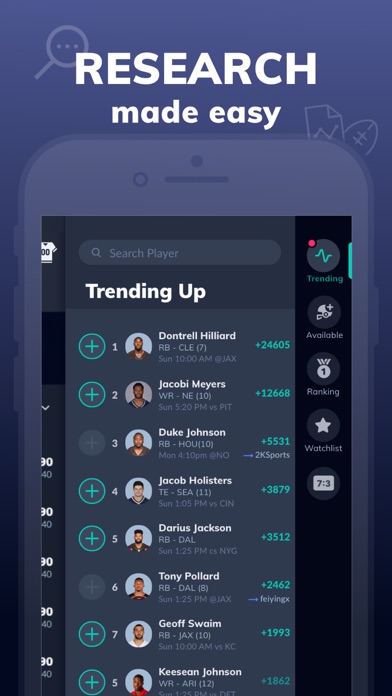 Best Fantasy app for commissioners, dynasty leagues, and keeper leagues. Every setting is customizable and user friendly. Easy to navigate and set up. Preferred fantasy app for me.
By FFSOM

An iPad app was promised at least as far back as a year ago. Not acceptable.
By Bose 22

I’ve tried using Sleeper before but their interface seemed so cluttered and i never gave it a fair shake. That was a huge mistake on my part. After using all the major platforms Sleeper is by far the best. The tools that are right at your fingertips as a commish are amazing. The customization it allows. Even the little things like nicknaming players and mascot taunts is awesome and I didn’t think they’d be. I just wish there were more bonus point options i.e. rushing yards, 10+ reception bonus, etc.
By DrewThompson116

This app looks great. I currently run a 12 team dynasty league on ESPN and am looking to move my league to this app. The designs and graphics on this app looks miles ahead of ESPN. My one problem is just being the playoff options. With a 12 team league we would like to run a 7 team playoff like the NFL now. The only options given though is a 6 to 8 team playoff. My other question is do you guys have double headers as an option with this app? I think going to an app with double headers makes the fantasy experience even more interesting.
By K ON THE KOBB

Where is Best Ball?

This app is literally perfect except they don’t allow best ball dynasty or re-draft leagues yet.
By cjjud11

Please add option to combine LCS and LEC
By hayeslgf

The best platform for Fantasy Football, but needs iPad integration

I have thoroughly enjoyed using this app for my fantasy football league, and it does a lot of things well here. But I’m writing a review to urge iPad integration. Of course, a full-fledged iPadOS app would be amazing. But I understand that takes a lot of work. So at the very least, can we make Sleeper work on an iPad browser? I assumed that would have already worked, but the Sleeper home page is too large for the screen and doesn’t allow customization. For example, the chat screen is cut off on the right side and I can’t drag it over, or expand that module. Really a great app, but it seems silly that you can’t use it properly on an iPad web browser.
By SamuelHSchabel

Love how many more options there are than the other leagues, but the robots are dumb
By fulla1204

Sleeper is always branching out and updating their app for the best fantasy sports experience for mobile players. We switched over to them last year and everyone has loved the change. But with other apps starting to implement trade block features for their users (not as in blocking trades), a few of us have started feeling left behind. Really hoping that we see that feature this year; I can’t think of a reason that Sleeper wouldn’t be the best fantasy platform out there afterward. It’d also be nice if the mock drafts using your league settings tracked traded picks, but that’s more for convenience than anything.
By Capt. Fury 616