Stop missing important calls and wasting precious time answering unwanted ones. Hiya blocks spam and scam calls, and displays caller ID name and call reason on incoming calls. Want to supercharge your Hiya app? Try our Premium features to get an even richer mobile calling experience. CALL SCREENER Know not only who it is, but also why they’re calling before you pick up! Say ‘goodbye’ to unknown callers. VOICEMAIL PROTECTION No more spam voicemail! Hiya takes care of business and stops spammers and scammers from clogging up your voicemail inbox. Download now for free and get instant protection from spam callers! SPOOFED CALL PROTECTION Stop receiving those deceiving scam calls from numbers that look similar to yours. CALLER ID Fewer unknown callers, more identified names. Whether it’s a call from a business, friend or potential spammer, our global database of caller names gives you real-time context about who’s calling. REVERSE PHONE LOOKUP Lookup the phone number of a call from an unsaved contact to find out the true caller name and whether it is likely a robocaller. AS SEEN IN The Wall Street Journal TIME Magazine - "Top 10 App" CBS Evening News Fierce Wireless VentureBeat - "Future of smartphone calling" USA Today Huffington Post - "Caller ID on steroids" The Verge Cult of Mac - "Essential" COMMUNITY Twitter: twitter.com/hiya Instagram: instagram/hiyainc Our Premium Call Screener feature works in the US on AT&T, T-Mobile, Verizon, Sprint. The Hiya iOS app is brought to you by Hiya Inc. Utilizing the power of the Hiya database that has hundreds of millions of phone numbers, you’ll know the true caller behind more calls. Hiya is committed to delivering best in class caller ID, call blocking, and spam protection. Terms of Service: https://www.hiya.com/terms-of-service Privacy Policy: https://hiya.com/hiya-data-policy 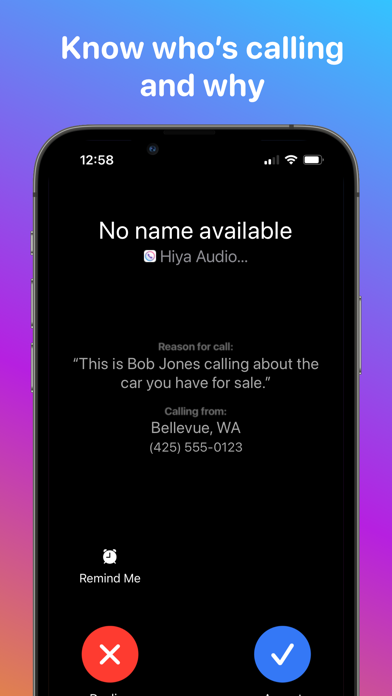 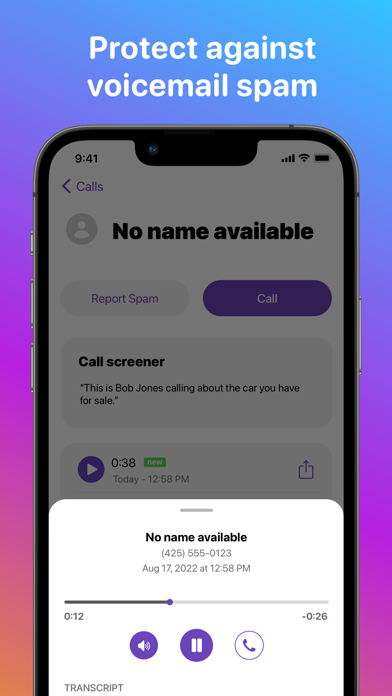 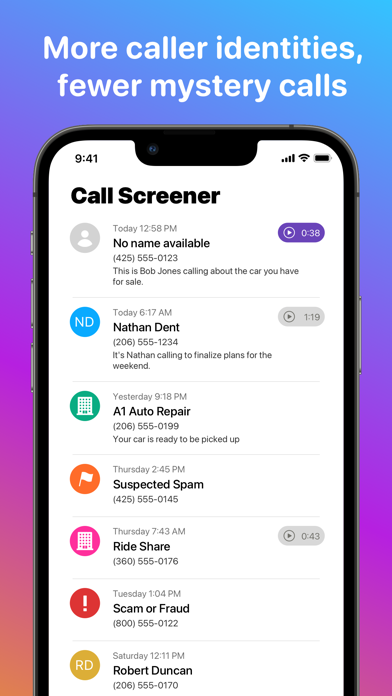 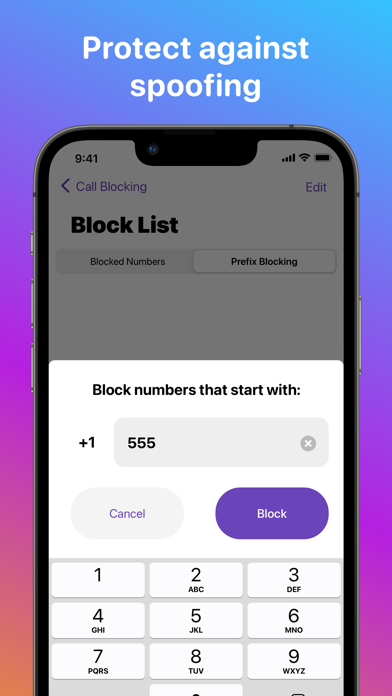 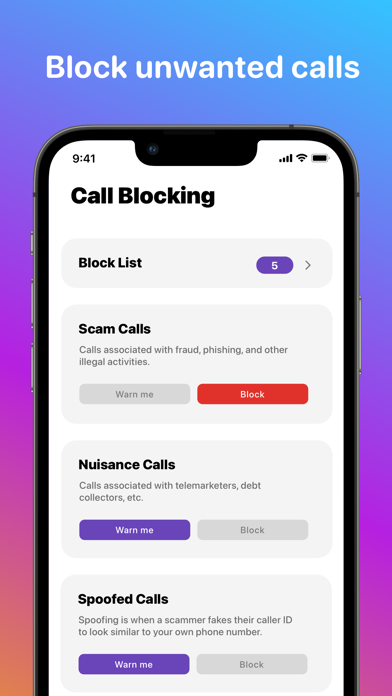 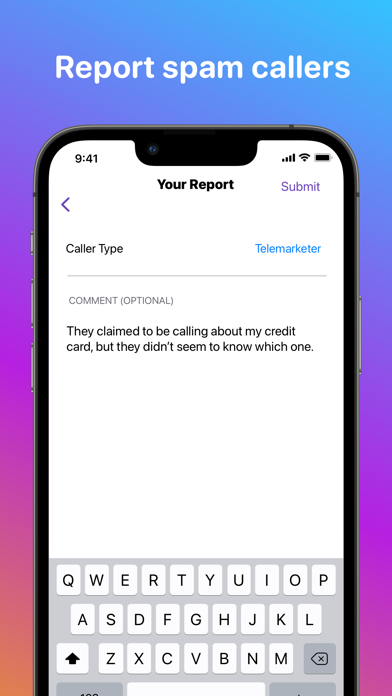 I paid for an entire year of service and the app stopped screening calls back in august (it’s almost December). I’ve restarted the app, restarted my phone, re-configured the settings, anything I could think of and it still does not screen my calls/texts. Before it completely stopped working it would only half-a**ed screened everything. And actual calls that weren’t spam/spoofing weren’t allowed to come through at all, so I missed many important calls I needed.
By AFmommy0516

I thought this would intercept and stop at least some spam calls and I went through help settings and turned it on I thought. Still inundated with spam calls even though most numbers when I look them up in hiya are registered as spam nums. Save your money. Sept 2022 update now number lookup doesn’t even work! Only feature that works is lookup
By Andy60629

This was working great until I changed to another carrier. Support is useless. They never followed up on my ticket. I’m unsubscribing and going with a better app. The lack of support when you’re a premium subscriber, is unacceptable!!
By AppRate_Cali

I agree with most of these recent reviews. Since they changed I get junk calls. I am deleting the app and canceling my subscription
By smoreeng

The new version is a downgrade

Not as good as it was. It use to update scam calls and look up numbers. Something changed
By Great names are unavailable

Great app, when it works

I constantly have issues with numbers that I have blocked in the app not showing they are blocked on my recent calls list, even though I keep HIYA open & I switch from page to page to be sure it updates when I have blocked a number. I have even received calls more than once, from the same number, & when I have looked them up in the app, I already had it blocked, but HIYA allowed the call to come through!! That’s very upsetting! Otherwise I have appreciated the app & what it’s designed to do.
By Yellow Rose 64

Must use Call Screener?! No thanks

Why on earth did the developers change this app?! I used to rave about it to all of my friends. I must have gotten 5-6 people to Sign up for Hiya. But now it’s been ruined with the obtrusive “Call Screener” feature. All of the features are now tied up in call screener, no thank you! This is my personal and business phone, I can’t have business calls (or my personal calls for that matter) screened. Please revert back to the way it was, no one asked for this change. Now I need to cancel my auto renewal and find another app that des what Hiya used to do. My phone has been a mess ever since they made these changes. So sad to say I no longer recommend this app. It’s a thing of the past :(
By Ratteree

App does not report suspected spam calls at least half the time. Even when I look up a number that shows as spam, I receive no warning. Better than nothing but not worth the subscription.
By CJ6390

Used to be great - now worthless!

Like many others have stated, the app no longer works to block unwanted spam calls. They will still make it through. You can’t block annoying spam texts, the app wants to force the “call screener” on you, and you can no longer look up the numbers that call you (like in previous versions). I will not renew next year.
By Hellokelley too

I would have given a 5 star rating but the app has stopped shown any calls since the first of November. I have uninstalled the app and reinstalled it and it still doesn’t work. I am paying for the upgrade but not worth it if it’s going to stop showing calls. I’m could be missing a important call.
By Icicle2017