Meet Productive - the app that helps you build positive life-changing habits. With Productive, you can set personal goals, track your progress, and focus on what makes you healthier, happier and more productive! FEATURES HABIT MANAGEMENT Create, complete, stop, or pause habits whenever it is convenient for you. Add notes to your habits to highlight the main points during the day. PROGRAMS Сhoose your goal, receive daily habit tips, reflection check-ins, and motivation prompts to get the boost you need. CHALLENGES Improve your daily routine by completing guided tasks and competing with other users from all over the world. ARTICLES Grow awareness of your own productivity and motivation with personalized expert insights. CUSTOMIZATION Customize the app the way you want! You can name your habit, choose a unique icon, and even pick its color. STATISTICS Track your habits and analyze progress by building motivating chains of completed habits and perfect days. The longer your chain of completed habits, the more likely you will keep the streak going. NOTIFICATIONS Set up smart reminders, and personalize the app to get notifications of what's scheduled for each part of the day. ADHD ASSISTANCE Manage distractions and deal with ADHD by concentrating on a focused daily routine. PREMIUM FEATURES - Unlimited number of habits - Endless motivation with various challenges - Full-text articles to draw inspiration - Improved reminders for individual habits - Location-based reminders - Motivating stats for each habit - Habit trends with week-by-week data SUBSCRIPTION INFORMATION Subscription payments will be charged to your App Store account at confirmation of your purchase. Subscriptions will automatically renew and you will be charged unless auto-renew is turned off or unless you cancel at least 24 hours prior to the end of the current subscription or trial period. Any unused portion of a free trial period will be forfeited when you purchase a premium subscription during the free trial period. The cost of renewal depends on the Subscription Plan you choose. Subscriptions and auto-renewal may be managed by going to Account Settings after purchase or by contacting Customer Support. If you have any questions or suggestions on how we can improve the application, please do not hesitate to contact us at support@apalon.com Privacy Policy: http://www.apalon.com/privacy_policy.html EULA: http://www.apalon.com/terms_of_use.html AdChoices: http://www.apalon.com/privacy_policy.html#4 California Privacy Notice: https://apalon.com/privacy_policy.html#h 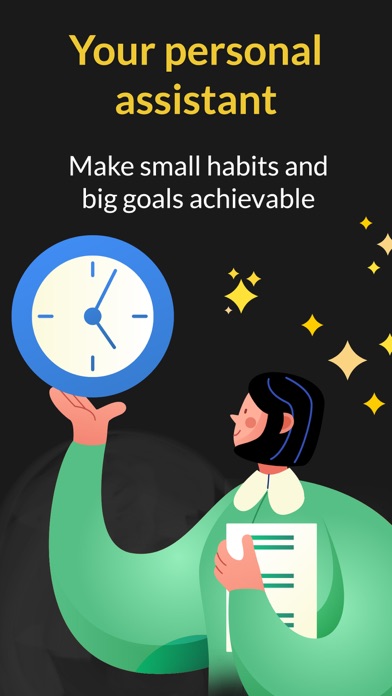 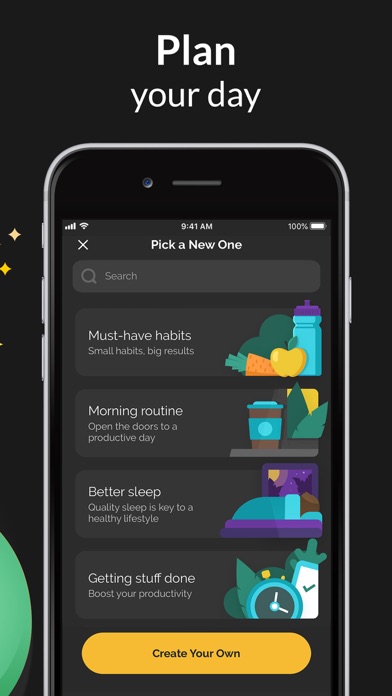 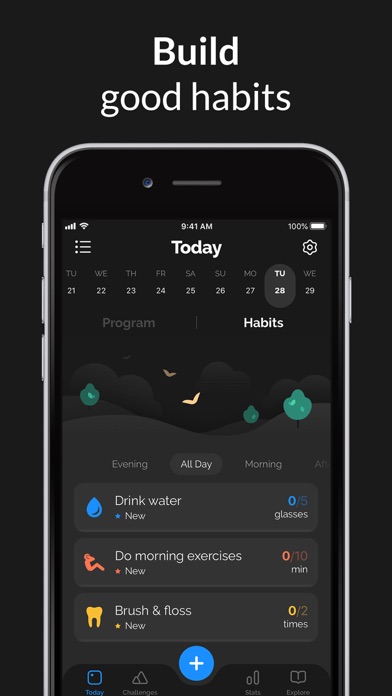 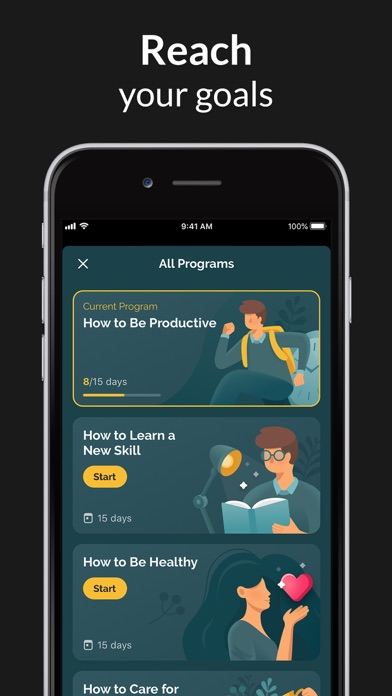 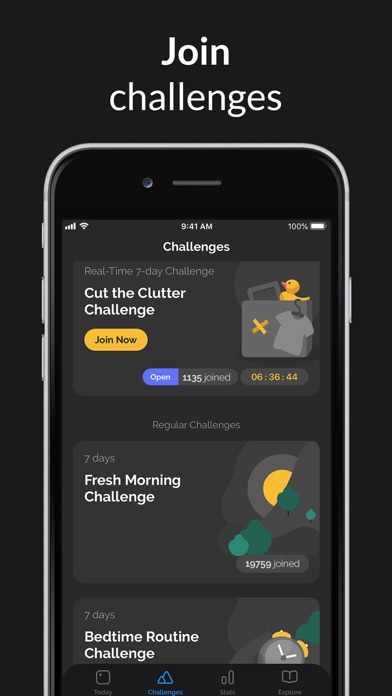 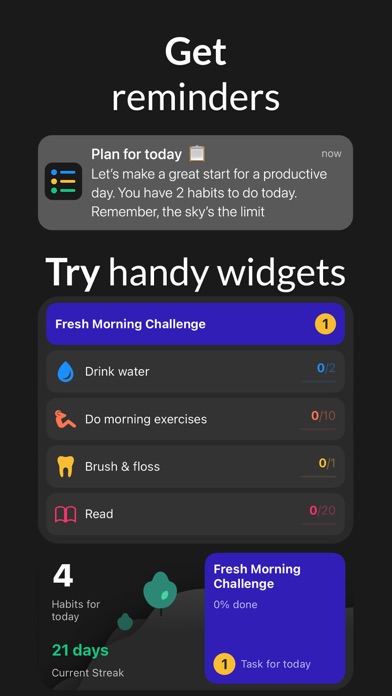 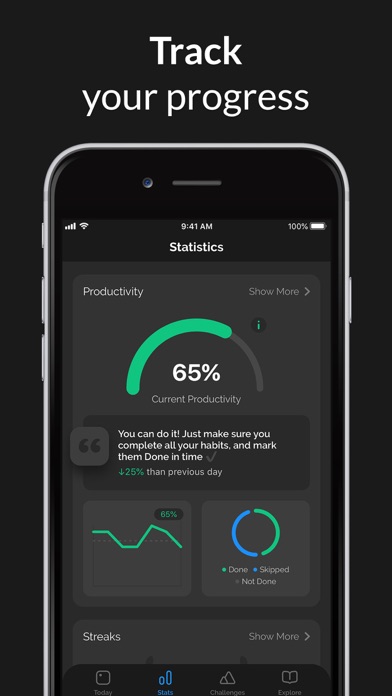 Perfect way to keep me organized

A good app, but lacks iCloud syncing between iPhone and iPad, and no Mac app.
By Tom Shakely

I have used a paper 100-day gong in the past to track my meditation. But this app is so streamlined and easy to use. I plan to start layering in other positive habits like working out and calling my family. This is one of the most used apps I own.
By graceangel

How bout letting me try the app for five minutes without the incessant pop ups and nags to sign up? If you’re this aggressive about it, that tells me you lack confidence in your app.
By PaladinTom

Absolutely obnoxious how hard this is pushes the subscription. I’d comment about the actual function, but literally cleared about 10 pop up’s with minuscule close buttons and finally an unclosable request to allow promotional notifications. Didn’t make it it far enough to even say how it actually works before uninstalling.
By ParetosFew

I’ve been a member of their subscription service for a few years now. App is pretty good overall but I’ve been having an issue. Sent the same message to their support team twice and have t received a single response. Pretty disappointing
By OC Slim

Thought this app was the perfect… until ALL my notes disappeared. Uggggh… too glitchy for me, but has potential.
By Glkebe

Data not showing on multiple devices and glitchy

Why can’t the data just sync up like a normal app? Also why can’t I set a habit for a future date. The app is so glitchy. The days count wrong if you forget to check off a previous day and then check it out of order later.
By K.trotz

Get rid of the paywall

Make there be an ad version or paid option, don’t force people to be one or the other. Booooooooooooooo
By Fimply