Help when you need it, for those with seizure disorders. SeizAlarm is a user-friendly iPhone and Apple Watch app which allows those with epilepsy and other seizure disorders to alert emergency contacts when they need help*. Features: - Seizure detection. Seizure-like detection is done via the motion sensors on the iPhone and/or motion sensors or heart rate sensor on the Apple Watch. Sensitivity controls allow you to set customized settings specific to you. When a potential seizure is detected, emergency contacts will automatically be contacted via multiple channels (text message, phone call, and email). - Send immediate help requests manually to emergency contacts. - Also available is a manually activated time delayed help request feature (via the "Time Delayed Help" button) that is helpful for those that have localized seizures (auras) that may turn into generalized tonic-clonic seizures. You are able to custom set the delay time in the settings. When a seizure warning is initiated you will see a countdown which can be extended via the press of a button. If you end up becoming unresponsive due to a seizure then once the timer ends then a help request will be sent. - When a help request is sent your contacts will be contacted with GPS coordinates (if available), so they know exactly where you are. - You can are also able to track your seizure events with robust logging features. A log dashboard gives you a high-level view of past events. You can also export reports to provide to your doctor. - SeizAlarm also supports multiple emergency contact support, so more than one person can be contacted when you need help. - Optional audible siren and/or custom voice message that plays if a help request is sent. - International phone number support for emergency contact(s). Help is just a button press away. Start taking back your independence today. Please give us feedback on how the seizure detection is working for you. The more feedback we receive will provide us the information we need to improve detection and reduce false alarms in future versions. If you have any questions or have feedback, please contact us at: contact@seizalarm.com. We want to make SeizAlarm the best that it can be, so feedback from our users is very important to us. NOTES: - Does not support a Watch set up with "Family Setup". - Continued use of GPS running in the background can dramatically decrease battery life. - Recommended placement of the iPhone for seizure detection is on the arm using an arm band. - Long use of Watch based seizure-like motion and elevated heart rate detection may dramatically decrease watch battery life. *New accounts receive a 2 week trial of the "Alerts" service which allows the user to manually or automatically (via seizure-like motion detection) request help from emergency contacts. Once the trial ends, the user must subscribe to the "Alerts" service to continue to have the ability to request help. The "Alerts" service is an auto-renewing cost of $14.99/month or $149.99/year. * Subscription automatically renews unless auto-renew is turned off at least 24-hours before the end of the current period * The payment will be charged to the user's iTunes Account at confirmation of purchase. The account will be charged for renewal within 24-hours prior to the end of the current period, and identify the cost of the renewal. * Subscriptions may be managed by the user and auto-renewal may be turned off by going to the user's Account Settings after purchase. * No cancellation of the current subscription is allowed during the active subscription period. Any unused portion of a free trial period, if offered, will be forfeited when the user purchases a subscription to that publication. The robust seizure log features require no subscription. Privacy policy: http://www.seizalarm.com/seizalarm_app-privacy-policy.pdf End User License Agreement: http://www.seizalarm.com/seizalarm_EULA.pdf 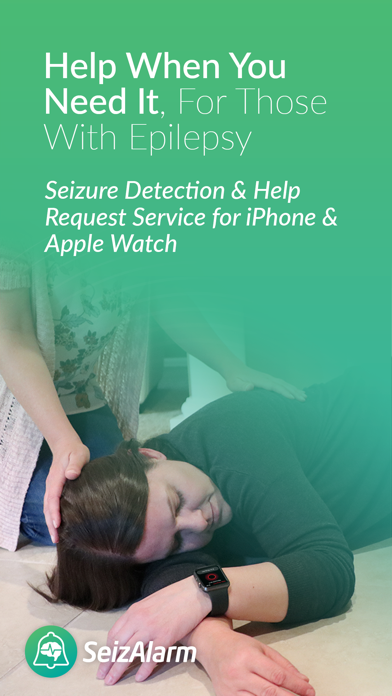 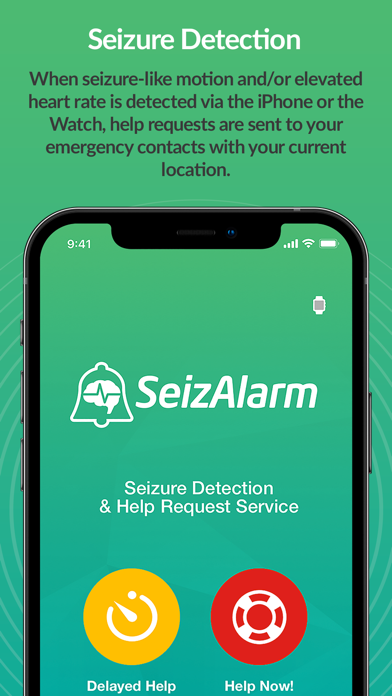 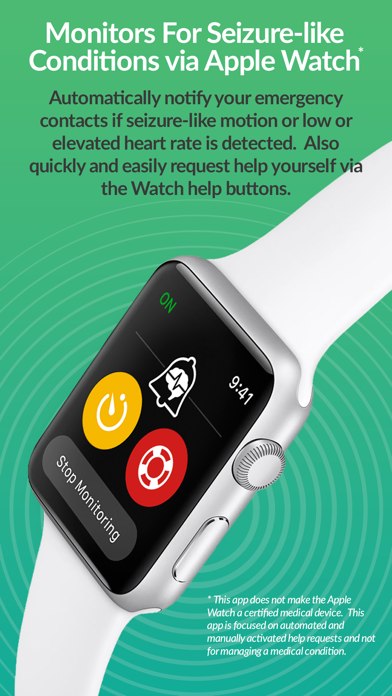 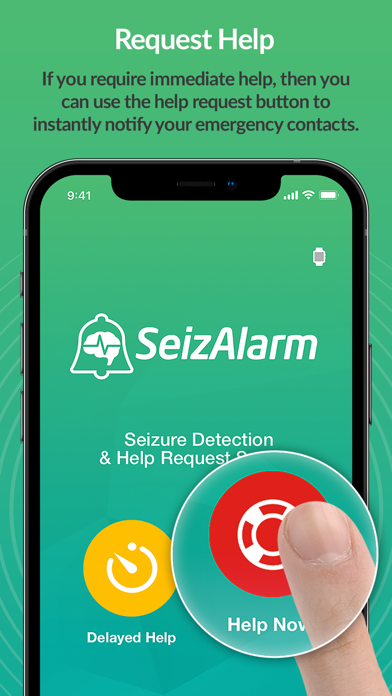 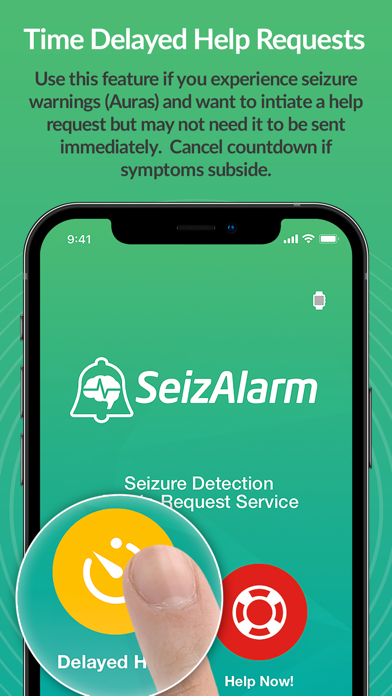 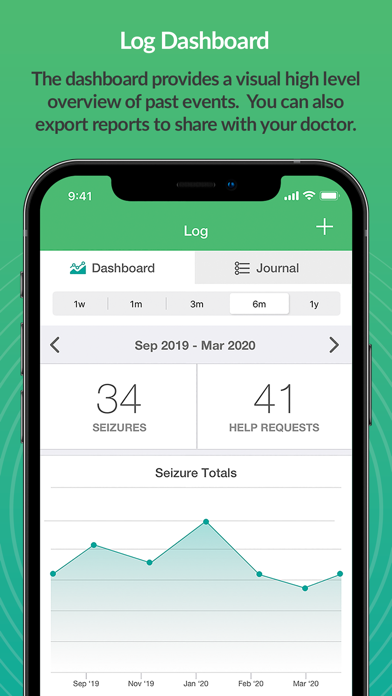 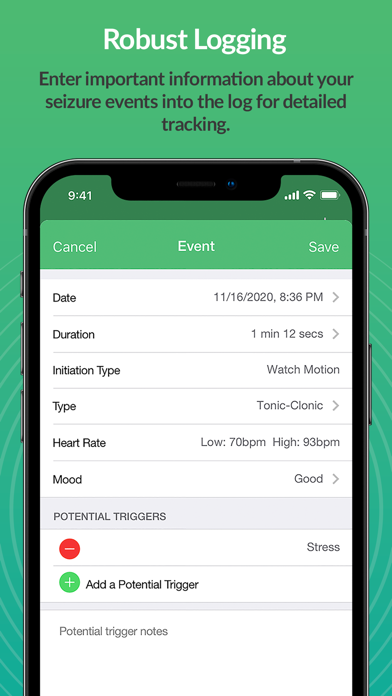 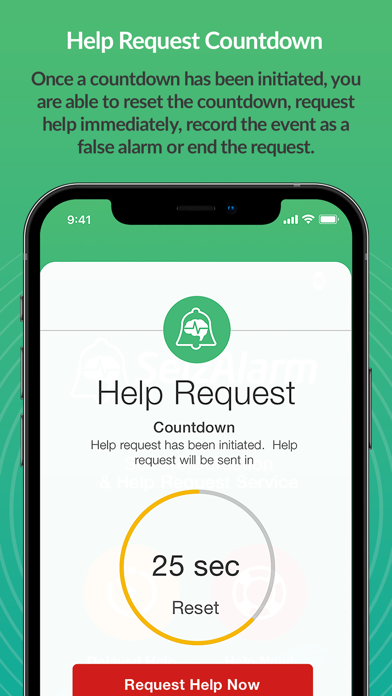 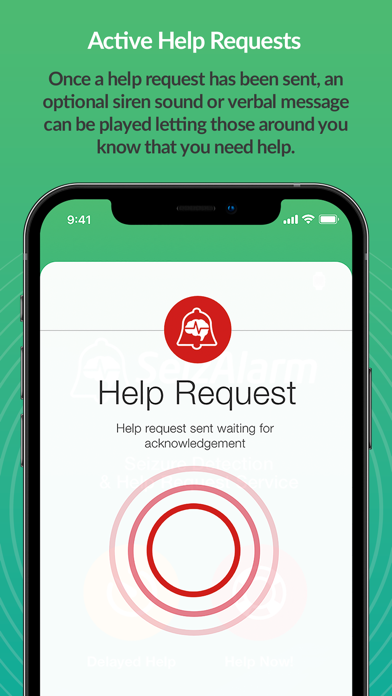 I can’t walk fast without sending off a signal that I am having a seizure. How do I fix that????
By a.well1008PDN

I absolutely love the concept of this. I have POTS and Epilepsy so I set my heart rate alert to be over 130 as my normal resting rate is in the low 100s medicated. I have so many false alarms every day and despite me hitting the false alarm button, the alarms would not shut off. My emergency contact kept getting calls and my watch and phone were going off while I was driving. It was extremely overwhelming and unsafe. There needs to be a better way to dismiss the alarm BEFORE people are alerted and worried. Just a simple button right there! If there is one, it did not work at all.
By Theamarie89

Don’t get it. Not worth it

Every time I would stand up or move too fast it would send my fiancé an alert and all kinds of false alarms. Definitely don’t recommend
By bellz69

My epilepsy is gone. This app is pretty cool
By Uses usual

Had this for the two weeks trial had three seizures in this time period all while waring an Apple Watch and two while holding the phone.
By SWiggins8088

I recently bought an Apple Watch 6 for my daughter whom suffers from occasional convulsive seizures. I followed all the instructions, including playing around with the SeizAlarm settings, and I was very happy with its behavior. I set my wife and I as contacts in the SeizAlarm system. The user can choose any combination of phone, text, or email. Perfect. I have not yet played with the heart rate monitoring, instead favoring motion sensing that would typically occur in a convulsive (clonic) seizure. While testing, I put the watch on my own fingers (the band is too small for me to wear as a watch) and simulated my daughter’s seizure movements and sure enough the app alerted me via the watch, directly with a sound, at first, until the “Wait this long until sending an alert” setting had been breached and it then called both my phone and my wife’s, as well as sending a text message. I played around with the motion detection sensitivity as well, and it definitely works well. This morning, after the first time my daughter wore the watch overnight with SeizAlarm installed and set to monitor, I received a text and a call in the morning about an hour after I woke (approximately 7:45 AM). I instantly went to her room and silently opened the door to check on her and she seemed completely fine. I then went back to my phone and could see that the reason I was called was because her watch went offline and SeizAlarm detected this perfectly (I had enabled the setting to alert me when her watch goes offline). The reason it went offline was because it ran out of battery power after about nine hours—no fault of SeizAlarm and instead the general fault of the watch’s battery life degrading somewhat quickly when motion sensing is on for that many consecutive hours. I will continue to fiddle with it, but I am already very impressed with the overall system SeizAlarm has built. I am very thankful for it as it gives me some peace of mind. I likely intend to get an Apple Watch 7 for my daughter when it comes out, at the moment assuming it will have better battery usage than the 6, perhaps even allowing to monitor motion and heart rate overnight without the battery completely degrading. We’ll see. Thank you, SeizAlarm, for a job well done. I hope you do financially well with this product so that families like mine can continue using it—it may make a truly significant (and in this case I really mean “truly significant”) difference in my family’s life.
By Harold Lover

I just downloaded the app so we could keep track of me and incase an actual emergency it would let someone know. After setting up the app I was worried about it going off at the wrong time but I decided to give it a chance. I was in the car and the second I moved the alarm went off and I had to quickly disable it cause I didn’t know who it would call and I didn’t want emergency services to show up over using an app. So I automatically deleted it less than 5 seconds. I don’t hate the app It’s just not for me cause I wouldn’t want to get in any trouble over using an app and prevent someones life getting saved.
By futuregaming26

Emergency Contacts don’t get phone calls so what’s the point?

the numbers I have listed don’t get the phone calls when I start convulsing soooooo there’s no point in me having this app. An email or text message doesn’t give them or me peace of mind. I’ll be deleting.
By Sammie14131211

I’ve had epilepsy for 10 years. This app is awful. It falsely reads my seizures. It goes off 4-5 times a day without having a seizure.
By campeezi_