The True Blue Royals baseball app will be your one-stop source for everything Royals. Get all of The Star's current Royals content, from stories, stats, blogs (K Zone and Judging the Royals), photos and video, plus new features that you'll only find on True Blue. You'll find daily Royals lineups, news updates and other information that Royals followers will find indispensable. Features in the app include: - Kansas City Star beat writers bring you their blogs, ""K Zone and Judging the Royals."" - Read and comment on exclusive reports, analysis, insider information and opinion. - Commentary from Star sports columnists. - Exclusive daily beat coverage of the team from Kansas City Star reporters. - Photo reports: Relive all of the action with in-depth photo galleries and video. - Daily Royals schedule, scores and league standings. - Team and league leaders. - Royals roster. - MLB updates. For California Residents: To learn more about managing your sharing preferences and Do Not Sell My Info rights visit https://www.kansascity.com/customer-service/privacy-policy/text-only/#notice_california 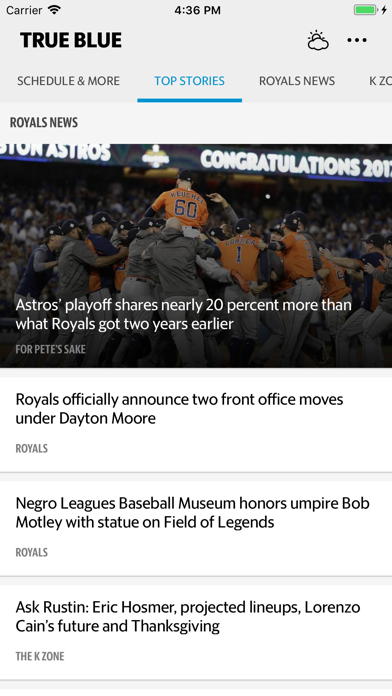 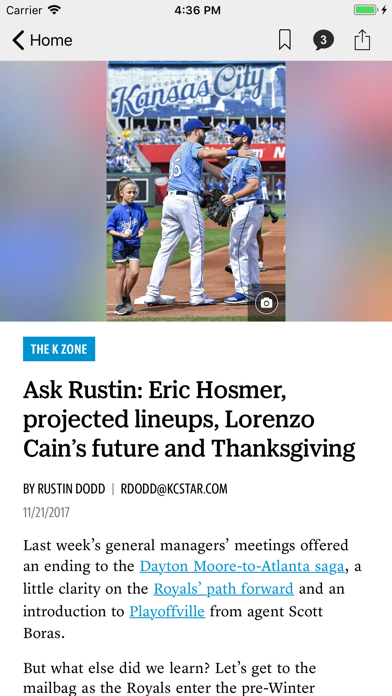 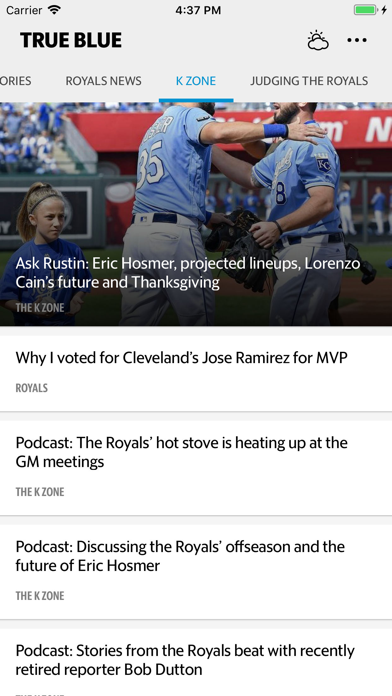 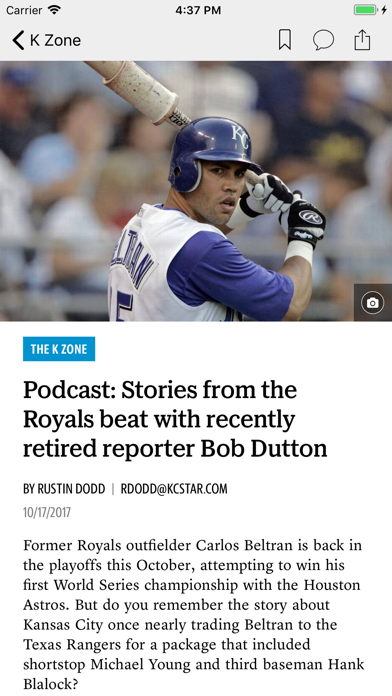 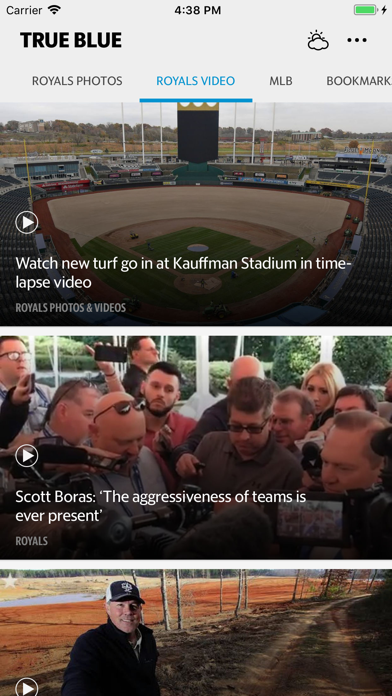 Why is that the current year schedule doesn’t automatically default in the app? I shouldn’t have to manually get the calendar from 2018 up to a current date in 2021!!!!! Otherwise I like the app but if this continues, I’ll just get information elsewhere, like the MLB app. At least the MLB app is updated!!!!!
By irratated fan

No one minding the store

Really? After two years of a reviewer saying schedule reverts to 2018, that still isn’t fixed. What a joke of an app.
By Picarrd

I get quite tired of having to manually change the schedule calendar from September 2018 to now. It would be nice to get this fixed so it at least defaults to the current season.
By Imperfect but Growing in Faith

I love the app for checking the schedule but just checked the roster and it’s way out of date..
By Xmmr

Worked fine until a few weeks ago. Deleted app and reloaded- no change. Need to fix this feature or app is worthless.
By Kstrader

Really liked this app before. A few weeks ago it just stopped loading new content. Deleted and reinstalled a couple of times; no luck. Tried again today and it works again! I really like the Star’s Royals content, but the app seems mostly neglected - the roster is from pre-Spring Training (sadly, Lorenzo Cain is no longer a Royal).
By Madfrisbee

Just as good as the Royals

The app no longer loads any new stories
By Limaboy

Someone needs to get this app updated. There is NO schedule, still showing last year’s roster.
By Nelcha999

Not the most tech savvy person

I’m not the most technologically savvy person, but all the blank screens are annoying but get past that trying to read story and it will jump to different page, have fun finding the story you where reading. Again the phone is smarter the the human using it, it could be something I’m doing but I don’t know! Give you some information on the players which I love!
By Firebug1103