CraftHub is the crafting community app, where you can learn and make with hundreds of project ideas including knitting, sewing, crocheting, paper-craft and lots more! CraftHub is packed with tips, guides and inspiration from the teams behind your favourite magazines, so you can refine your crafting skills or learn new ones. You'll even be able to get all of the latest craft magazines delivered direct to your mobile or tablet as well as having the full archives available to delve into. Once you become a CraftHub Member, you'll have unlimited access to all of the amazing projects inside, PLUS exclusive access to the latest digital craft magazines including Simply Crochet, Papercraft Inspirations and Cross Stitch Crazy. Never be far from your craft stash: Wherever you are, use the CraftHub app to check in on the latest seasonal projects and favourite them for them for when you're free to get started. CraftHub Premium Membership Information: Free no-commitment trial All new users will be able to receive a free trial of CraftHub Premium, unlocking exclusive features including unlimited project access and a digital subscription to all of your favourite craft magazines. You can cancel the subscription during the free trial period without charge up to 24 hours before the end of the free trial, at which point your paid subscription term will begin. Access to content With a free trial or Crafthub Premium membership you will be able to enjoy the full CraftHub experience. Or you can continue with the Basic plan which includes limited project access and magazine previews. Price £7.99 per month Payment will be charged to your iTunes account at confirmation of purchase. There are no cancellations of your current subscription within the active period of that subscription. Payment frequency Your subscription will automatically renew unless you turn off the auto-renew function at least 24 hours before the end of your current subscription period. Your account will be charged for renewal within 24 hours of the end of your current subscription period at the current subscription price. You will be notified and asked to resubscribe in the event of the price increasing. You can turn off auto-renewal in your Account Settings in the App store. If you would like to get in touch with the team for more information or support please email apps@immediate.co.uk or alternatively you can visit our App support page. Immediate Media Company Privacy Policy and Terms of Use: http://apps.immediate.co.uk/privacy-policy 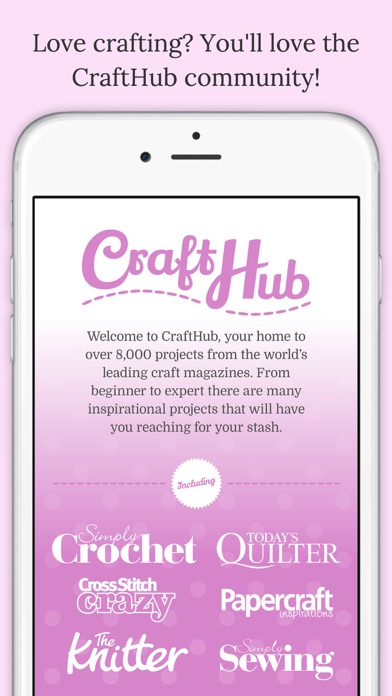 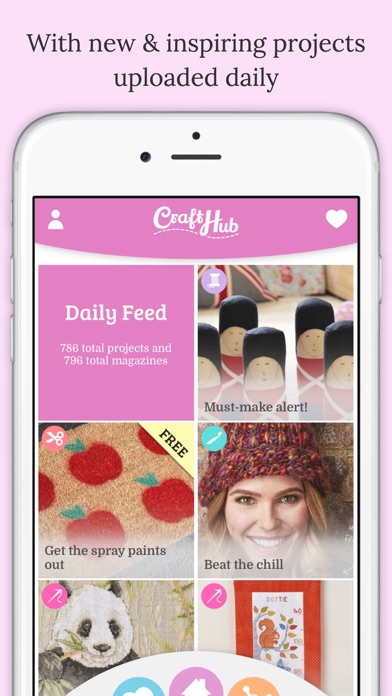 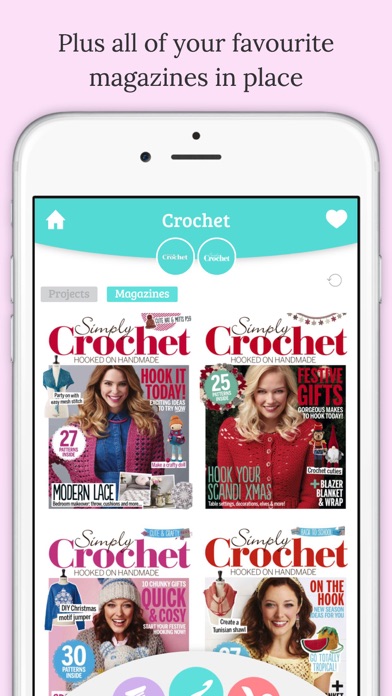 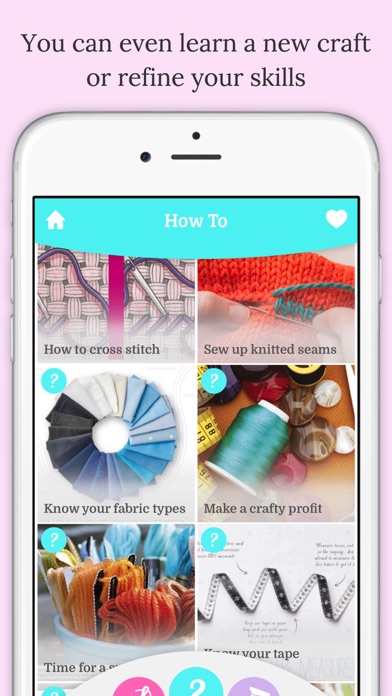 The app crashes every time I try to click on a project. Totally useless.
By Tjlc

I think this is a brilliant idea, but think it is way too buggy and crashes too much! I never did get it to print a pattern for me and it didn’t save any of the favorites I tried to place. I think it is way overpriced and a shame that it doesn’t have a place you can input a code where you can show you are an active subscriber. Instead I’m expected to pay again for magazines I’ve already subscribed to but that I’ll then lose all access to favorites (if you are lucky enough to get any to save in the first place) I’ve spent time finding.? I don’t get the incentive to join. I thought the idea of letting a crocheted get to try a new craft a cool idea. The actual put into action, didn’t quite make it when it costs so much and I have nothing to show for the time and money when I quit. Sad. I’ll check in again later......
By AmethystA

The magazines stopped updating in the beginning of November

I like the concept of this app. However at $10 a month, I expect two things: 1. Updates when parts of the app stop working. As there is no access to new releases of magazines, which is part of what your paying for. 2. Easy access to let developers know when there is a problem. I still can't figure out how other by writing a bad review to say there is a problem with the app. The daily projects come up fine and if that's all a person wants great. I personally wanted access to the full magazines.
By Littlestar1400

$90 something a year for a craft magazine is obscene. You can get print craft magazines for $20 a year. This is no larger, no more patterns. This app crashes when trying to print. It crashed three times in less than half hour. Trial subscription canceled, app deleted.
By MontanaMuse

This app looked cute and said it was free!!!! That's a lie. It will download for free but once you open it and try to see anything inside it wants $10 A MONTH!!! at least give a trail day or 2. 😒😤
By Lexi20x

Doesn't work at all

I was excited for a replacement for all of my favorite craft magazines (that all seem to have gone out of business or moved to shady apps this year), but this app is such a disappointment. It doesn't load at all; nothing works. App devs need to do some user testing before release next time... And definitely before sending out promotional emails about the app. Honestly, this company is the worst. Terrible decision after terrible decision.
By Mm2614

Shouldn't have been released yet

Never stops loading. It should have been tested better before being released.
By Purdythings

All I get when the app loads is the Spinning Circle of DOOM!!! And when you try to search it just crashes!
By Jrsygrl636

This app is terrible!! It never stops trying to load. Just spinning wheel of death the whole time.
By Kbux12

Who Do You Think You Are?

The World of Cross Stitching

You & Your Wedding Magazine

BBC Match of the Day Magazine

In The Moment Magazine