STREAKS. The to-do list that helps you form good habits. Apple Design Award winner. Track up to twelve tasks you want to complete each day. Your goal is to build a streak of consecutive days. * Tasks sync across all of your devices using iCloud * Streaks automatically knows when you complete tasks linked to the Health app * Streaks reminds you automatically when you need to complete a task * You can also create negative tasks to break bad habits * Create timed tasks to track mindfulness, brushing your teeth, or anything “I was smoking 15 cigarettes each day. Streaks helped me to quit smoking by reducing and then eliminating my daily use.” - Ben, Adelaide. Streaks is a highly customizable habit tracker, including: * Widgets for your phone's home screen * 78 different color themes * Over 600 task icons to choose from * Choose how often a task needs to be completed or repeated “I've now reduced my coffee intake by 70% with Streaks, something I struggled with for 5 years. It's a life changing app to me.” - Otávio, Chicago. * Includes one of the highest-praised Apple Watch apps, including Health app integration, complications, and rich notifications. * Support for Siri Shortcuts, iPad and iCloud * Today Widget allows you to quickly view and complete your tasks * View your current and best streak, and a whole range of other statistics Questions, suggestions or other feedback? Please email support@streaks.app, or tweet us @TheStreaksApp. If you like Streaks, please leave us a review! Your reviews enable us to keep improving and updating the app. ABOUT APPLE WATCH: Streaks supports all Apple complication types. Note that the screenshots show Infograph faces, which are available only on Apple Watch Series 4 and newer. ABOUT HEALTH DATA: On supported devices, Streaks reads data from the Health app with your permission to determine completion of your tasks. All data is accessed in full accordance with the iOS app review rules set by Apple. Please read our privacy policy at https://streaks.app/privacy.html for more information on our use of data. Automatic step and distance data is only available automatically when using an iPhone 5S or newer, or using an accessory that writes to the Health app such as Apple Watch. If you have any questions, please contact support@streaks.app. 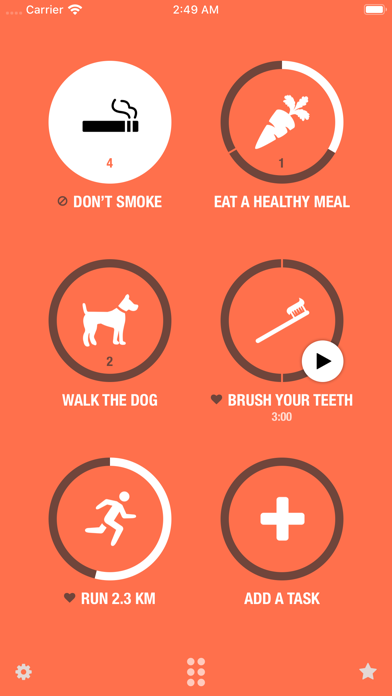 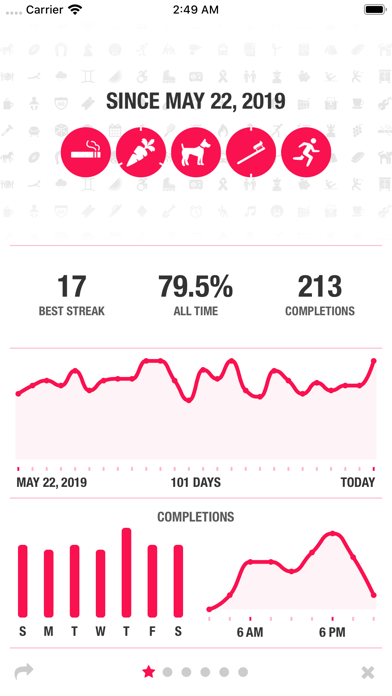 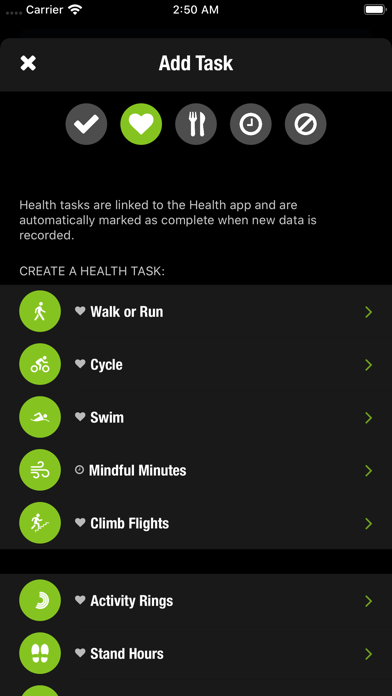 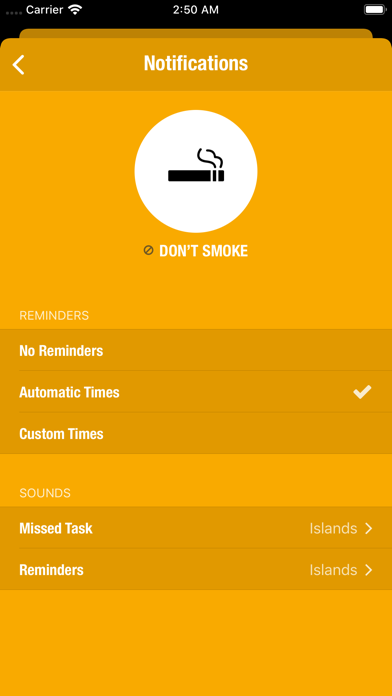 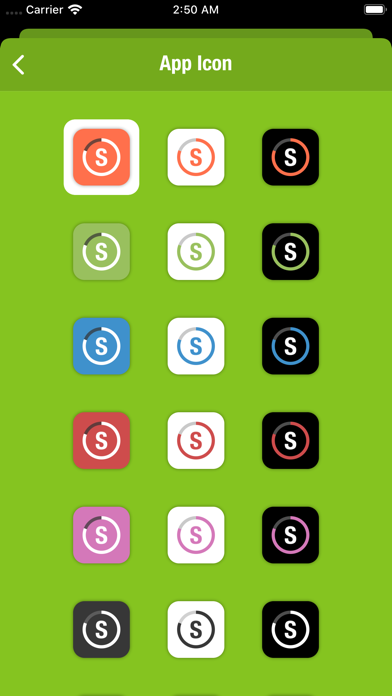 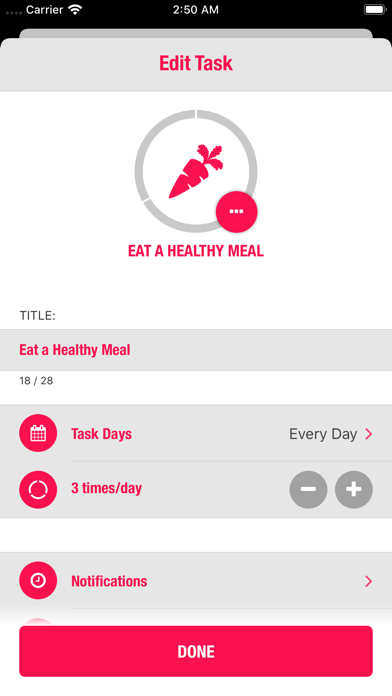 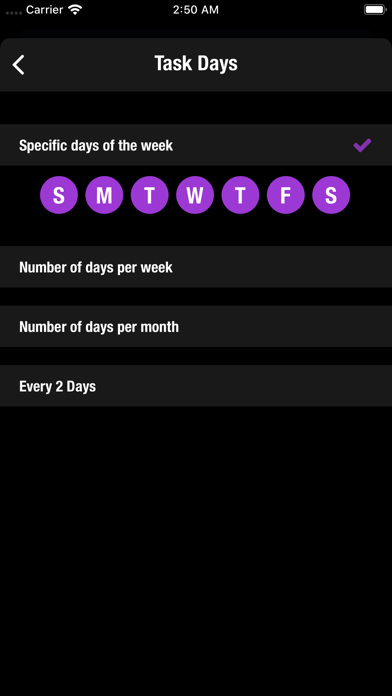 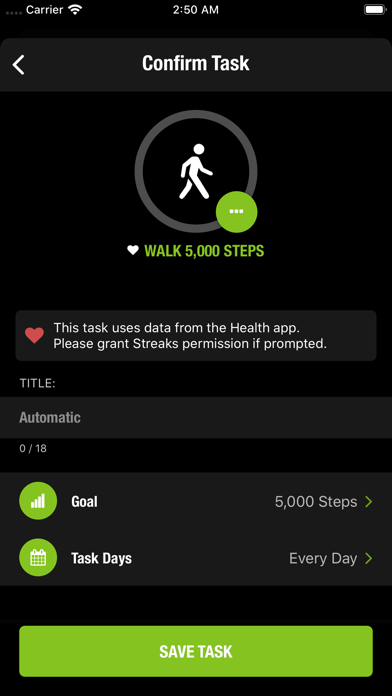 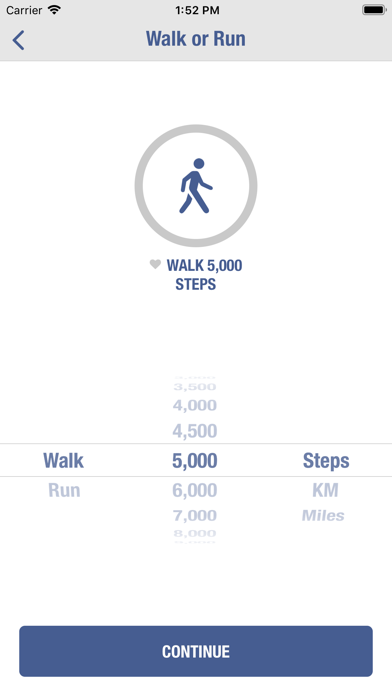 Beautifully and intuitively designed
By notahappycustomer22

This is a great app, but the interface for marking off and item inconsistent between platforms. For example on the iPhone marking a task a completed requires a long press but on the watch the action required is only a single tap. This inconsistency results in me consistently switching menus when I mean to check off an item or vise versa
By Jesse geek

This app is great and it has allowed me to be so much healthier and productive, but 12 is not a lot, and I wish you could choose between 12 (6 on each screen) and 16 (8 on each screen. Please look into this! Thanks 😄
By LiamConnell

Widget hasn’t worked in a month. Should be a priority to fix. Otherwise, good app but I’ll be deleting due to the widget issue.
By mijobra0

I hate apps that force me to rate them by continuing to show the “rate me” pop up unless I rate them.
By Rangeshooter

I want to love Streaks, and it's honestly the best habit tracker I've found, and I'm obsessed with habits right now... but I want to make a checklist of my dailies and I do way more than 12 things in a day. It's unclear why this limit is necessary, so I wind up having to make ancillary lists elsewhere. Might as well just use those instead, if they're the "source of truth" ...but I love the Watch complication for Streaks. it just doesn't fit enough habits Sometimes if you reorder habits, they do not change, or the change is not what you saw on your screen before you saved it. Finally, I love the medium size dot widget because it fits both pages of habits. I wish the small size dots widget also fit both pages. If I could have many pages of habits, and the reordering never failed, I'd happily give it five stars.
By Bion Howard

Great! - But could be better

I got this app mostly for its watch comparability and because it was marked as the app store’s editors choice for habit apps. I love the way the app works and how simple it is, but since it is paid, I would like to see just a little bit less simplicity. Since it’s a paid app but you still want to stay true to its simple nature, I think it would be nice if you could tuck away some in-depth statistics that could help users with their habits, should they choose to view them. For example, I use this app to mark when I take my medication. It would be nice if I could see what time of day I most often complete this task (like morning, afternoon, or evening). It would also be nice to see what time specifically a user most often completes a task. There are others you could include like what days you miss tasks most, what days you break streaks most, etc. These would all help users because they help us to know when we are or are not accomplishing our goals. Overall though, great app!
By i'mamazinglol

I had another app that was also simple and was pleased with. They decided to rip off their paying customers, so I came looking for a non-subscription alternative. Voila. I don’t mind having only 12 habits, though that could be a sticking point for others.
By theaocp