Enjoy the Real Vegas Casino Experience. Step into the world’s most elegant social casino, designed exclusively for slots lovers. Let us transport you into a world of escapism, intrigue and luxury, filled with tantalising slots with high payouts, amazing jackpots and rewards every step of the way. Play one of our top of the line slot machines with authentic sounds and familiar faces from some of Hollywood's biggest box office hits, or experience the thrill of Magic Spins and massive progressive jackpots. Our mission is to provide you with a true Las Vegas experience -- with a hint of fairy dust, and the touch of a magic wand. Free casino slots have never felt this real! Install Black Diamond Casino slots and enjoy luxury features: • Beautiful slot machines with captivating graphics - Visit the first family of fright in The Munsters, join Antonio for a romantic evening in Secrets of Venice, and head back in time with Danny and Sandy in Grease Back to School - as well as many many more! • Huge progressive & personal jackpots • Progressive jackpots and leaderboard – let the whole casino know that you’re climbing the ladder • Free Coin offers every day - the more you play, the more slots coins you’ll receive! • VIP Experience - Let us take care of all your needs • Social - Share coins with new and old friends Black Diamond Casino - where the magic never ends! https://www.facebook.com/BLKDiamondCasino https://twitter.com/BDiamondCasino • The games are intended for an adult audience. • The games do not offer "real money gambling" or an opportunity to win real money or prizes. • Practice or success at social casino gaming does not imply future success at "real money gambling 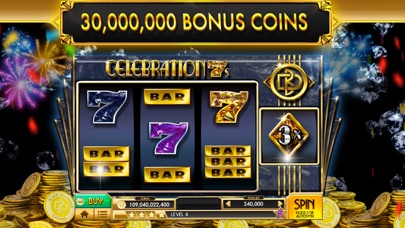 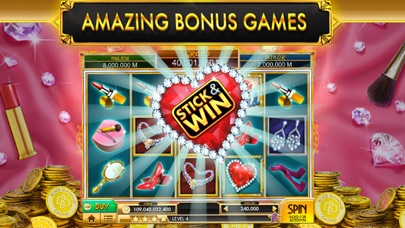 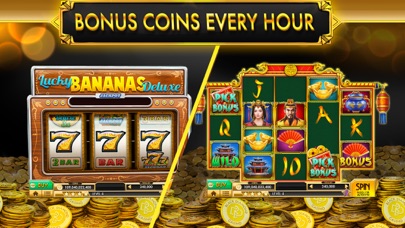 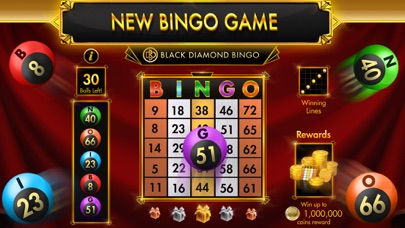 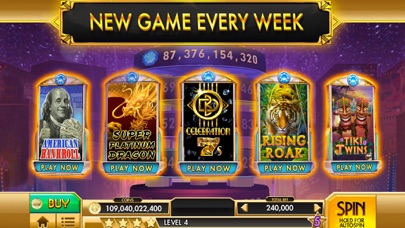 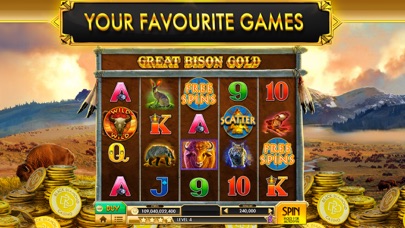 This app and all Zynga slot apps are horrible. They’re glitchy, payouts are inconsistent and the Loyalty Lounge doesn’t sync. Customer service is non-existent and gets nothing done. Don’t waste your time.
By lilsismin

Just won 300X’s my bet and it was gone within 20 minutes. Takes weeks to get this and gone in mere minutes. I am dumbfounded and amazed there are that many morons in the world beyond stupid enough to pay to play this junk. I have NEVER spent one penny on this and never will! I wish there was feedback or public comments attached to these reviews because I’d love to hear how any person with the common sense to ties their shoes would ever be stupid enough to spend money on something like this. Still disgustingly as tight as ever, nothing changes. If you spend money on this you 100% deserve the negative consequences that go along with making such an irresponsible decision . You my friend are the definition of a LOOSER!! The number one problem I have an issue with is the fact that this a GAME simulation and there is absolutely noting random about a rigged game designed to take any money you are moronic enough to fork over! A live slot machine does not not know who you are and is random, most times you loose but sometimes you can win. This is not random, this is a scam,shakedown, shell game etc specifically designed to only take money. And most importantly they know who you are by your user name and specifically target your account to stop winning at their will and discretion. Live casinos never do that it’s highly illegal. You are wagering nothing; you are paying to play a game. I do not spend money on this form of entertainment as it would be a complete and total waste of money that I would never get back. I have billions in points stored using free credits and I’ve managed to earn almost the highest loyalty tier they offer. For those who failed 6th grade math let me explain how these crooked developers operate this sham. Take the advice from someone who plays this game frequently and has never been burned or railroaded by these crooks because I never pay to play under any circumstances whatsoever! The positive reviews are at least 99% fake and or planted (google click farms for an explanation of how this works). In addition to the laughable fake glowing reviews, they manipulate these games a thousand times worse than any legal or real slot machine. Also keep in mind they can conceivably rob you blind of any funds you make the decision to give them as they operate completely at their will and without any oversight or regulation. These developers or shysters and are 100% dependent up on the lowest common denominator of society (aka the not so smart) in order to support this sham which is actually quite disgusting and sad. Karma most definitely applies here. If you are spending money on this I suggest you invest in a good therapist as you would have to be going through some sort of life crisis or have an addiction monkey on your back to stoop to the level of sheer stupidity to go down that path in life. Paying to play this will get you nowhere and throwing your money away to support these psychopathic developers is beyond stupid.
By Clive3883

The worst. Loads fine but then shuts down right after loading a game. How can one play if it constantly does that. No thanks.
By Lhoggatt11

Best app ever
By joey the knife

Forcing you to purchase or restart your phone

That is dirty pool. It has happened several times and each time it would not let me get past the buy button.
By kathy bates twin

I have been playing for years. I like games like Grease but recently they took away the lyrics and just have background music. Not as good. Right after their latest update for bug fixes I experienced frequent crashes. I couldn’t even get the casino to load without it crashing. Finally I deleted it but saved my settings according to my iPad. When I reloaded it, I lost plenty, but at least it stopped crashing. I sent a message about progress to next level I had lost and they said they could not restore it because I did not have a Facebook account! As someone else posted, I have never won anything other than the Mini prize in the frenzy games. Frustrating.
By BleedsDodgerBlue

Don’t Get Hooked! This game is a money pit!

This game is fun for sure but you very seldom win anything and that’s only if you buy coins. The coins given every hour or so are trivial in comparison to how many coins it takes to spin. If you buy coins, you will lose them within minutes. It takes FOREVER to increase to a VIP and you don’t really get much when you do increase. Waste of your time. Move on to another one. Possibly Double U Casino.
By Suckers Anonymous