It is not the destination that matters. It is the journey. Five years after the events from the award winning Star Wars® Knights of the Old Republic™, the Sith Lords have hunted the Jedi to the edge of extinction and are on the verge of crushing the Old Republic. With the Jedi Order in ruin, the Republic’s only hope is a lone Jedi struggling to reconnect with the Force. As this Jedi, you will be faced with the galaxy’s most dire decision: Follow the light side or succumb to the dark… • Additional information about Star Wars®: Knights of the Old Republic™ II • If you encounter problems playing the game, please visit support.aspyr.com. Our Customer Support team is happy and eager to help. Your feedback helps us make better games. In order to run the game with satisfactory performance, your Mac must meet these minimum system requirements: 2.2 GHz CPU Speed | 4 GB RAM | 10 GB free disk space | (ATI): Radeon HD 3870 | (NVidia): GeForce 330M | (Intel): HD 3000 | 256 MB VRam Gamepad support: Star Wars®: Knights of the Old Republic™ II supports the Playstation 4 Dualshock 4, the Playstation 3 Dualshock 3 Wireless Controllers and the Xbox 360 for Windows wired controller and the Xbox One controller (wired) NOTICE: The following video chipsets are unsupported for Star Wars®: Knights of the Old Republic™ II: • ATI Radeon X1000 series, HD 2000 series • NVIDIA GeForce 7000 Series, 8000 series, 9000 series, 320M, GT 100 series • Intel GMA series NOTICE: This game is not supported on volumes formatted as Mac OS Extended (CaseSensitive) Legal © 2017 LucasArts, the LucasArts logo, STAR WARS and related properties are trademarks in the United States and/or in other countries of Lucasfilm Ltd. and/or its affiliates. © 2004-2017 Lucasfilm Entertainment Company Ltd. or Lucasfilm Ltd. All rights reserved. BioWare Odyssey Engine © 2001-2017 EA International (Studio and Publishing) Ltd. All rights reserved. Aspyr is a registered trademark of Aspyr Media, Inc., and the Aspyr star logo is a trademark of Aspyr Media. Mac and the Mac logo are trademarks of Apple Computer, Inc., registered in the U.S. and other countries. All other trademarks and trade names are the properties of their respective owners 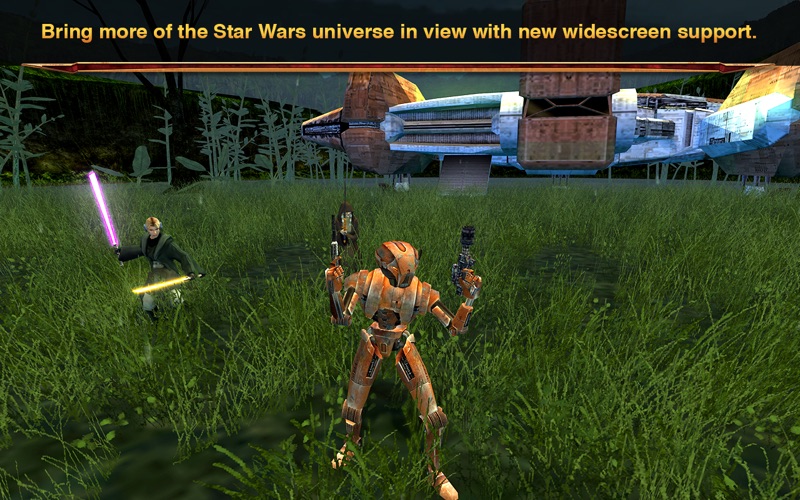 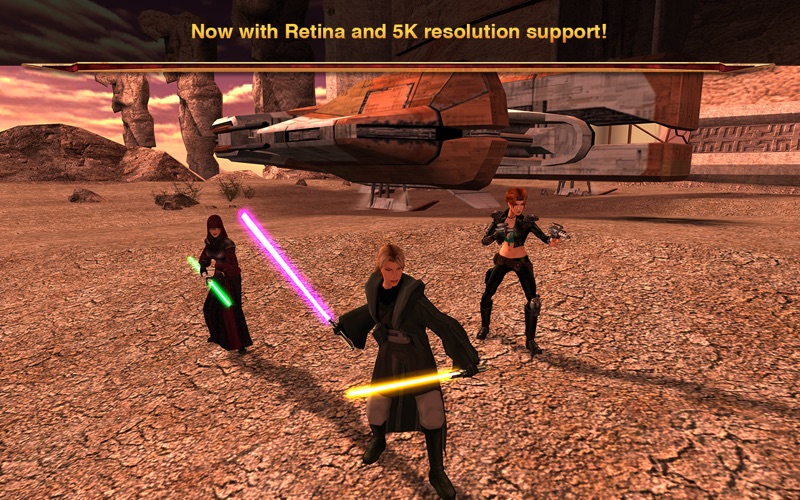 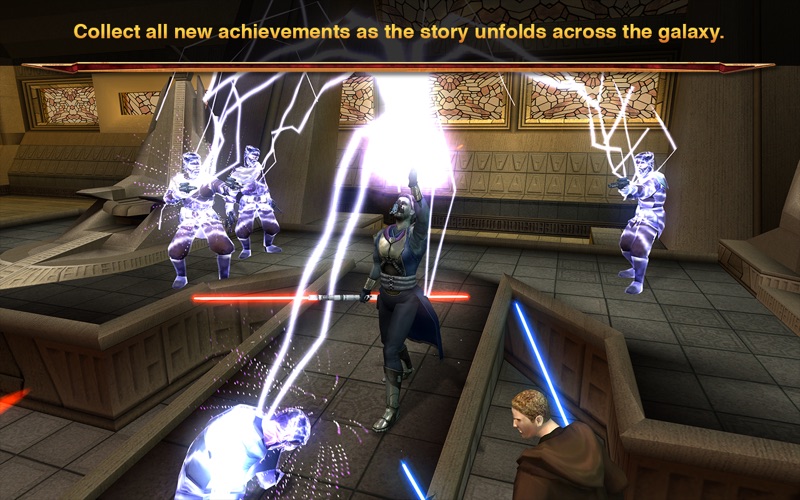 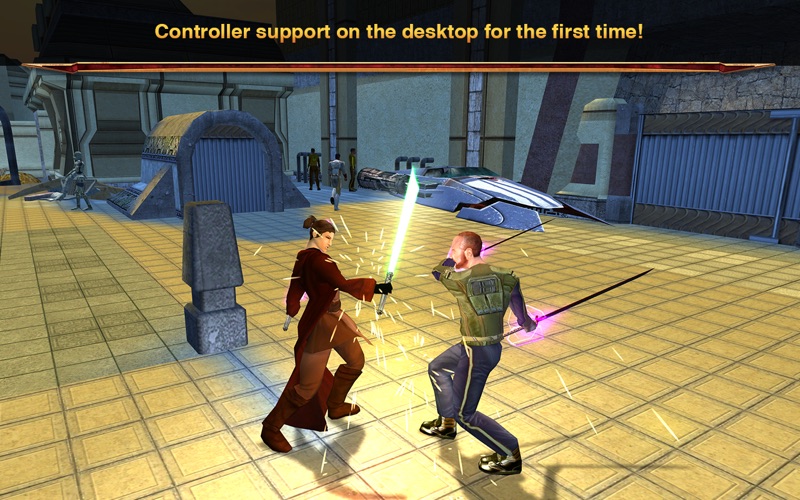 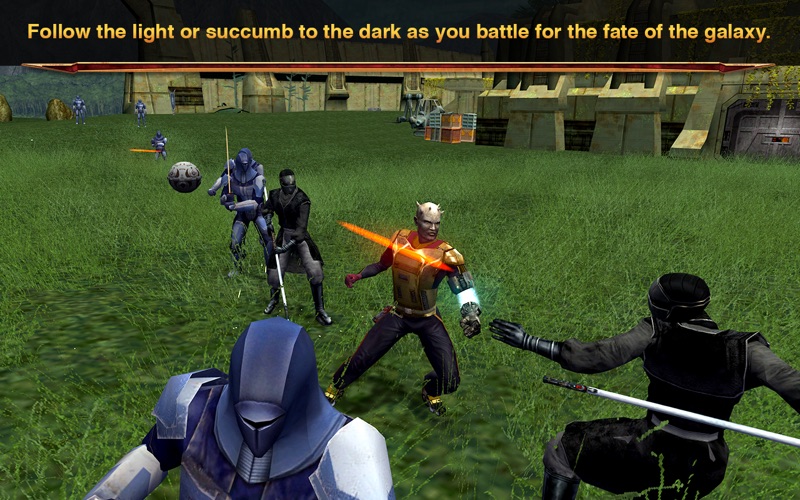 Does anyone know how to connect a ps4 controller and have it funciton in game , it works fine with my steam games, but i made the mistake of buying this game here instead and the control doesnt work.
By Chino_n7

It was almost perfect

It was ambitious and unusual. Unfortunately its rushed production ensured there would never be a satisfying answer to any of the lingering questions it left us with.
By nonentityspyglass

the game is clunky and ugly

it looks 20 years old - should not be being sold in 2020. would have felt incredibly out of date a decade ago plus the game ply is clunky and frustrating because of the controlls
By 683710uniq

seems to have a bug

One of my all time favorite games but its frozen. I tried everything from starting from restarting the game, restarting the computer, to starting at a previous saved game. The game just keeos freezing. This game would be 5 stars without this problem
By JeremyCuascut

Fix for KOTOR on Macbook Pro 16- another bug

UGH> Meant for KOTOR, not KOTOR 2! So, if you play KOTOR on the MBP 16, make sure you disable VSYNC or you'll have sorts of graphics issues. Another bug. Quite often the main character doesn't disengage from combat mode, and it can't be moved. You have to either save at that point and reopen the game to release him, or run away with one of the secondary characters. After the 100th time through, that initial part before becoming a Jedi sure gets old… :D But, fun game. My kids want me to play it all the time.
By jake_the_snake

cant even try it

bought the game for my macbook air and doesnt even open waste of $9.99
By nusenpai

why is it even in the store

This game is older than I am and it is awesome

the only bug I can find is occasionally the camera will continuously spin in one direction, but it can be fixed by simply pausing and unpausing. other than that, the only con I can find is that sometimes (but not often) I don't know where to go. other than that, it's all pros. The story is good, gameplay is fun, and I really like the retina display support. Over all, 5/5.
By TheRobotGoesMeow

"Supports Playstation 4 Dualshock 4" No, it doen't.

I just bought this game because I was excited to try a PS Controller on the Mac, and I was also quite happy to have it be a Star Wars game on the Mac. The Mac recognizes the controller, but the game does not register that there's a controller at all. There are no controls to map the functions to the game. There's nothing. What a waste of time and money - mind you, I also bought the controller to do this. I still have the game, right? Yeah, well I don't have a mouse to play it with, I have a trackpad. Thanks for nothing.
By oatmeal_mac