Run, swing, drive, and swan dive your way as Lara Croft through mesmerizing yet hazardous environments, uncovering ancient relics to unearth the truth and solve the mystery behind a shadowy conspiracy that threatens the world! - Discover incredible locations as you make your way through the jungle, the desert or the mountains, each filled with secrets and danger. - Use Lara’s signature parkour moves to create death-defying last minute escapes. - Master fast-paced vehicles like ATVs and motorcycles to give Lara more ways to conquer the terrain. - Engage in epic Boss Fights and defeat iconic enemies including the return of the infamous T-Rex! - Progress through the campaign map to collect relics and uncover the Relic Run mystery. - Power up Lara’s arsenal of weapons and engage in frantic combat. - Choose from a wardrobe of classic Lara outfits, each with its own gameplay perks. - Swap and upgrade equipment to give Lara the edge. - Get the chance to rack up big rewards in endless mode with non-stop action - Earn bragging rights on the leader boards. Download for free today! The speed of gameplay and graphics offered in this game, requires minimum iPhone 5c, iPad Mini 2 or iPad 3 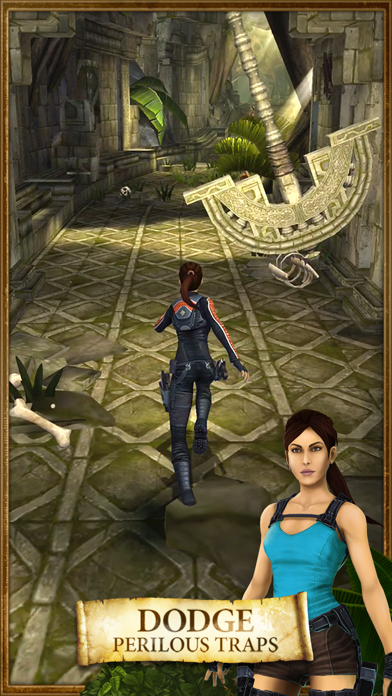 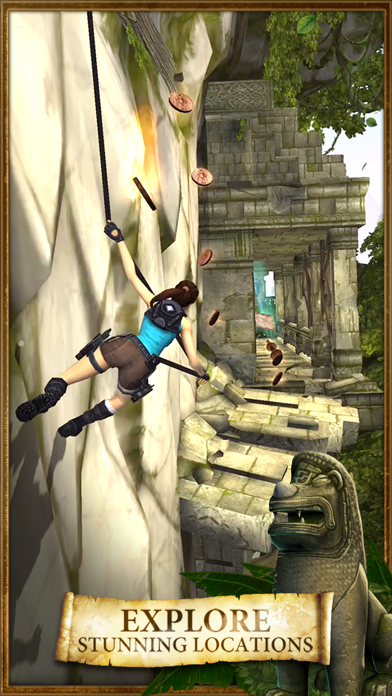 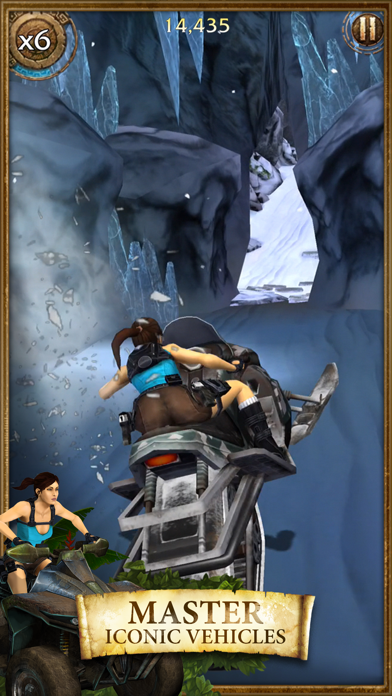 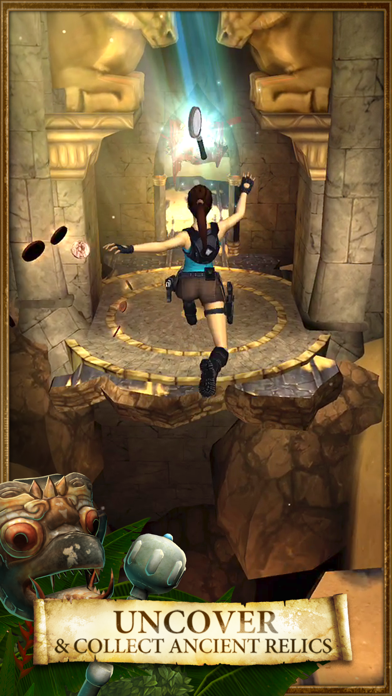 Good but glitches and freezes

I really like that game a lot and play it a lot. I really would appreciate it if you fix the issue since the compatibility with IPhone 10 - 11 is not optimally. Otherwise great game 🌟🌟🌟
By CroftGamer

Game crashes and freezes every time I’m about to finish a level, please fix because I don’t want to delete it😭😭
By sgsnka

Great game but one minor issue

This is probably the best endless runner game I’ve ever played. Although there is one minor issue. I know that I am probably the only one that had experienced this. But on level 40, the level is pretty much impossible. You have to defeat the T-Rex three times to get a full three star rating, yet the issue is that the T-Rex is impossible to beat. The boss battle is way too long. Other than that it’s a really great game!
By Zgame111

I really loved it before but now the game is stopping in the middle and I keep losing all my progress.
By okurrrt🤪Priss

It keeps freezing how can I stop that?
By elanx

Game freezes during run very often. It’s annoying to have to restart a diamond-picking level just because the game freezes on you out of nowhere and you’re forced to close and reopen it. Additionally, music volume fades away to nothing right after you start the run. Wish the developers work on a fix soon but judging by the update history, they haven’t worked on a fix in years
By SSBB231

Great game, but sometimes it freezes.

It’s a great game. I would give 5 stars, but sometimes while playing a level it freezes. Then, I have to re-run the app. This happens on my iPhone and iPad.
By iNorman49