FIXD translates your car problems into simple understandable terms. Whenever you run into a problem, FIXD will give you the severity of the issue and the consequences of continued driving. FIXD also reminds you when your car needs maintenance to help extend the life of your vehicle. New feature: FIXD Premium! Need additional help diagnosing an issue? Call our hotline for help from a certified mechanic! Also includes: Emissions Pre-Check, Issue Forecast, Issue frequency, and more! Subscriptions to FIXD Premium are available for $8.99/month for 1 Month FIXD Premium, or $69.99/year for 1 Year FIXD Premium. FIXD Premium is an In-App-Purchase Charged to your iTunes account after your free trial expires, auto-renewing (renew price same as original purchase) 24h prior to expiry, managed in iTunes account settings, renewals must be canceled 24h before end of period. Unused free-trial period forfeit upon purchase. https://www.fixdapp.com/terms-of-service https://www.fixdapp.com/fixd-privacy-policy 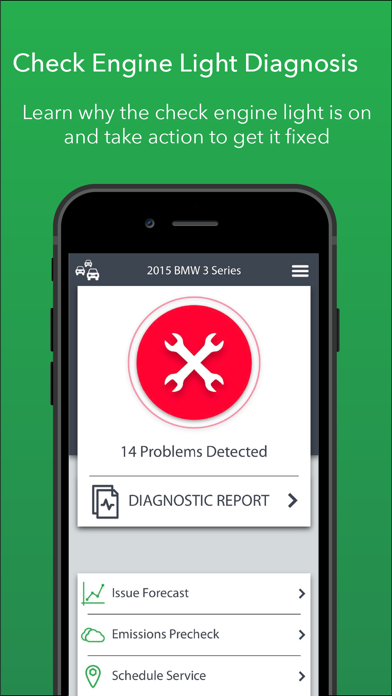 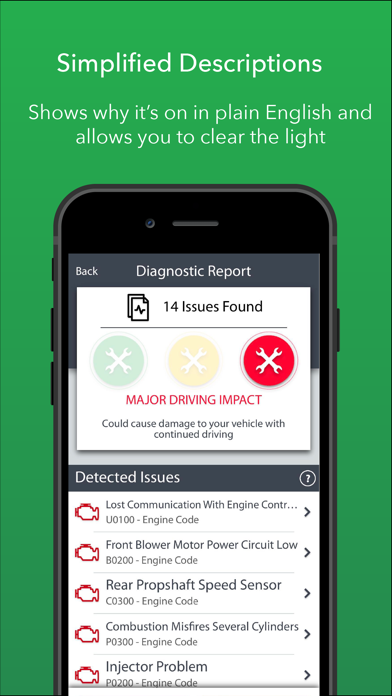 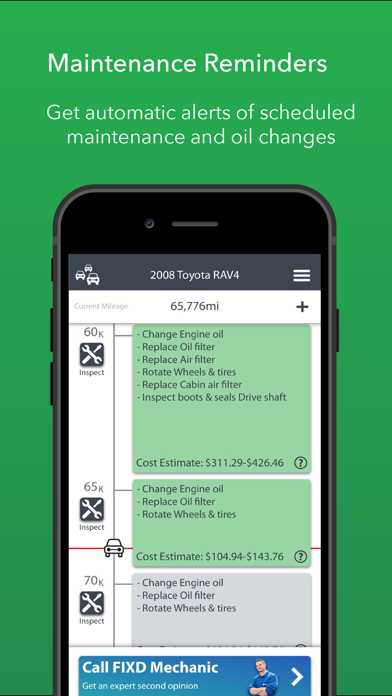 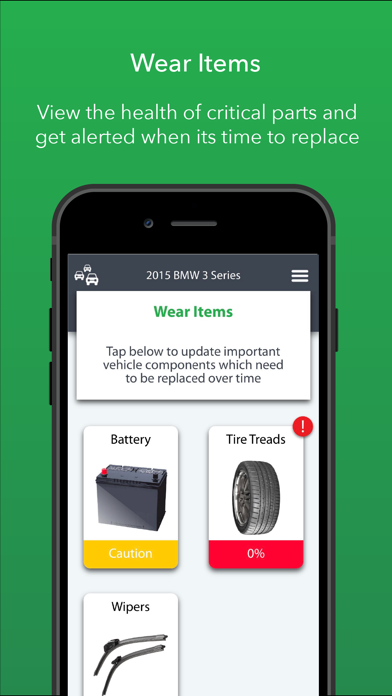 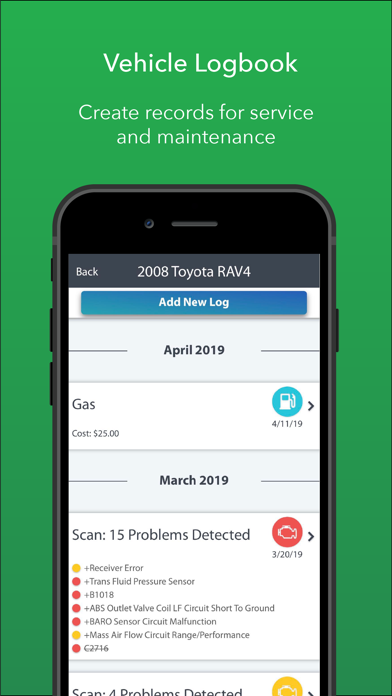 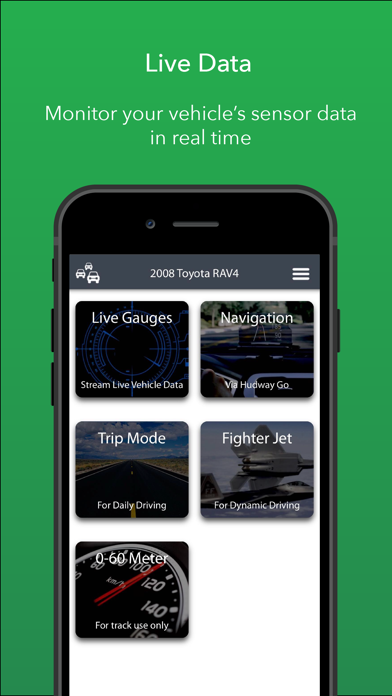 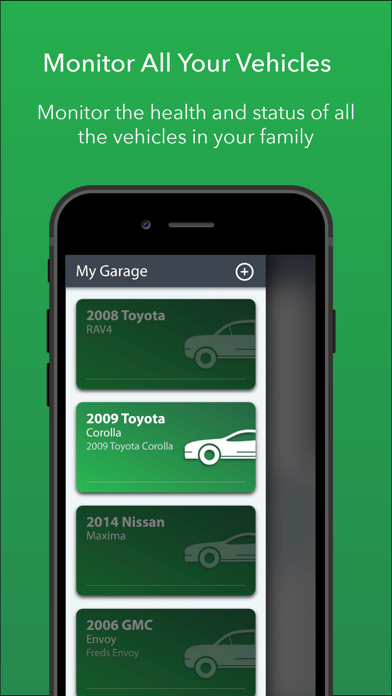 12/1/22 how about putting more emphasis on supporting more codes, and less on frills like videos, generic pricing, and referrals? This is an OBD reader app - let’s focus on reading codes and giving the actual details about the codes and their causes, rather than anything but! There are SO MANY common codes for which there is NO information whatsoever provided by the app. How about starting with running down the details on all the codes that people are scanning, and including useful information on them in each subsequent release? THAT would actually make the app useful as an OBD reader app…
By fed up with improvements

Ordered three units but cannot use them as they require a subscription. Zero customer service support. Inquired through IG as well. No responses. I wouldn’t waste my money if I could do it over again. Regarding the response from FIXD; false, when attempting to add the second scanner on the second vehicle, the app’s only next option was to subscribe, x-ing out of it only takes you back to attempt to add once again. It seems like a complete scam…. Update: after posting this, the developer reached out via a response through the Apple Store. I tried to scan a third vehicle (I bought three scanners) and this time it allowed me to “x” out of the pop up subscription menu and actually scan the vehicle.
By Hardin0341

This product is the real deal!
By Act26:8

I was given the scanner as a gift. The first time I used the scanner the app told me my car had an expensive to fix problem that would leave me stranded. I ignored the app's advice, because I knew the car had been checked out thoroughly before I bought it, and more than a year later there have been no problems. My sister's car had a problem she was pretty sure was a stuck purge valve. I had the scanner in my glove box so I thought I would try it on her car to confirm her diagnosis. It did read the code correctly, but would not give me any information until I agreed to a one year premium plan for almost $70 bucks, with a week free trial. I used the app, then canceled immediately, and deleted the app. That night, I got an email from Apple telling me I had signed up for the service! When I went into the subscription list, it showed the app purchase as 'pending'. From within the App Store, there was no way to cancel the app purchase. It took an online chat with Apple to confirm I would not be charged. Save yourself some trouble, if you were given the scanner as a gift, throw it away and don't download the app.
By anon16532

This would have been 5 stars

This would have been 5 stars if you were able to use the scan without having to connect to the internet to get a result. This is no biggie in the city, but when you don’t get good reception this is as useful as a rock.
By Moisestaar98

For the most part, the app works ok, but I’m primarily writing this review because of the 5 or 6 updates I have received in the past 10 days or so. That’s a ridiculous release cycle. Are there really that many bugs after each release (in which case the developers need better QA and testing) or is it just poor planning with release features? Either way, I have never seen so many updates for one app all at once.
By PM871

I have a 2017 Lincoln Continental. FIXD showed a motor mount fault, and my CarShield covered it.
By SugarLandMan

I love FIXD and this app. It’s really great to have access to the car’s computer and the error codes. All you have to do is plug it in, scan and read the information (or watch the short video. From there you can figure out if you can fix it or if you need to take it to a mechanic. So far this has saved us hundreds of dollars and hours of time that would have been wasted at the mechanic. One other thing I appreciate is that we bought our device years ago and it still works well. This company does not try to rob you by outdating the device and forcing you to buy a new one. THIS is the sign of a quality, honest company.
By 0verwatch36O

How do I get rid of this App?? William Hickerson

How do I get rid of this App? William Hickerson Refund and cancel this App Please. 11/05/2022
By WC Hick