Use OurPact parental control app to: • View – Capture automated periodic, on-demand or gallery views of your children’s online activity, all encrypted for safety. • App Blocker – Block internet, text messages, and apps at-a-touch • App Rules – Block & allow specific apps • Block/Allow Websites – Prevent access to specific websites, including adult content, for safe internet browsing • Block Texting - Block access or set rules for texting apps • New App Alerts – Receive alerts when new apps are installed on your child’s device • Block Schedules – Automate your family’s daily routine • Screen Time Allowance – Set daily screen time limits for your kids • Geofencing with Places – create GPS geofences around specific locations and receive real-time alerts when their kids leave and arrive at home, school or any set zone • Find My Family – Allows parents to locate any family member using geolocation and geofences. • Find My iPhone & iPad – Family Locator also lets parents find the location of all their individual devices paired to their parent account in case of lost or stolen items. OurPact gives you the power to block apps like social media and games plus gives you peace of mind knowing you can track your kid’s location and have visibility into their online activity. OurPact allows parents to foster healthy habits and manage their child's screen time using screen time allowance, blocking specific apps, blocking texts, and scheduling daily screen time according to a child's daily routine. OurPact is the most comprehensive parental control app and family locator, perfect for families of any size. By pairing your family's iPads, iPhones, iPods or other device platforms to OurPact parental control app, you have the power to manage your entire family's screen time & device locations from one powerful application. Recommendations: • Use OurPact's app blocker and parental control app solution to reinforce spoken or written agreements with your child regarding screen time limits and device use. • Use OurPact parental control app to block social media or games with a single touch, while leaving apps that help your children learn and grow. • Use OurPact’s View function for spot-check monitoring of your child’s online content. • Set daily screen time allowance and teach your children how to budget their screen time effectively. • Set one-time or recurring schedules for your child to manage screen time on-the-go. • Find my family or locate lost or stolen items using Family Locator. OurPact offers a Premium and Premium+ monthly auto-renewing subscriptions charged to your iTunes account. Try free for 1 week. You'll be billed monthly within 24 hours of the end of the current billing period. You may cancel or turn off auto-renewal of your OurPact subscriptions any time by going to the user's Account Settings. To avoid being billed for an additional period, subscriptions must be canceled at least 24 hours before the end of the current period. For more information visit: ourpact.com/privacy ourpact.com/terms If you have any questions or need technical support, do not hesitate to reach us via email: support@ourpact.com 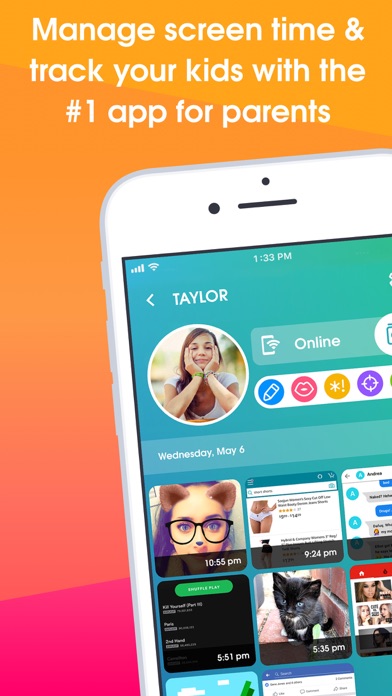 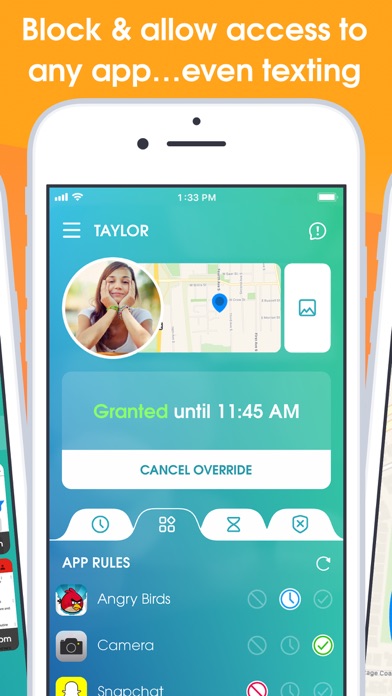 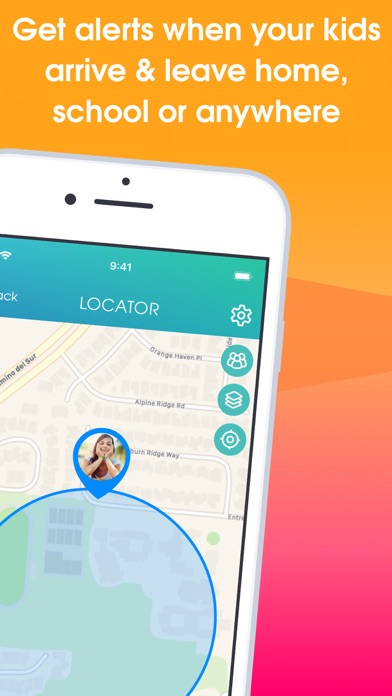 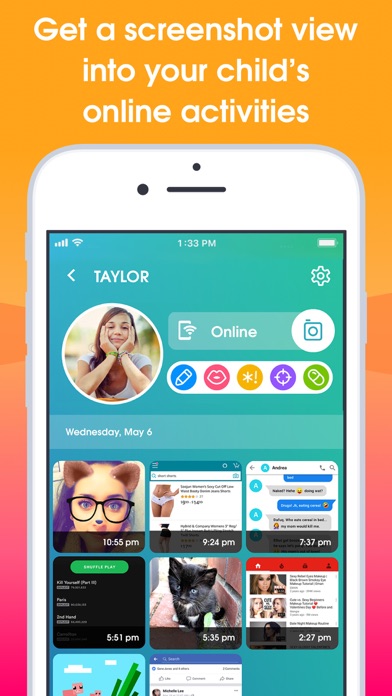 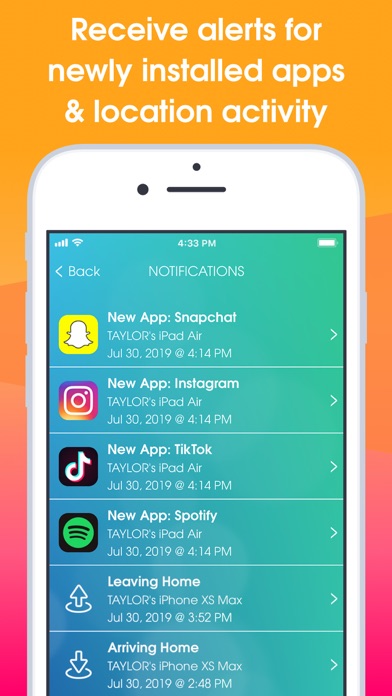 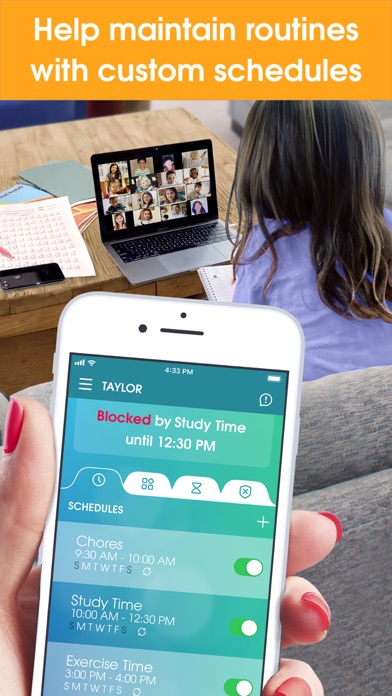 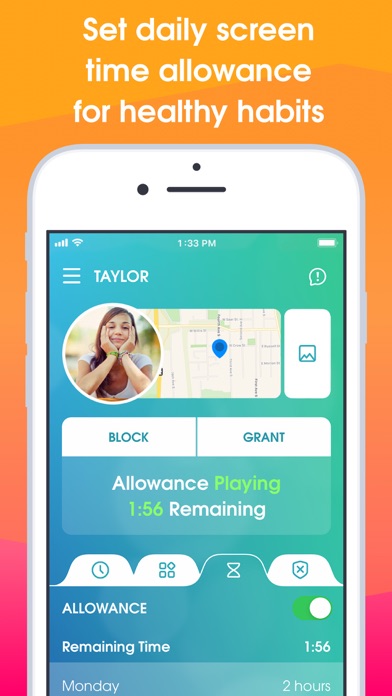 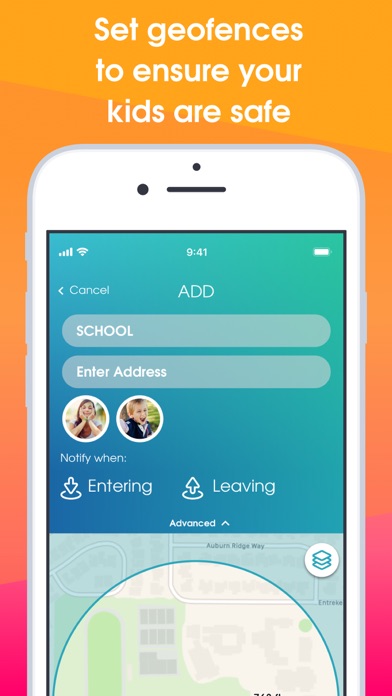 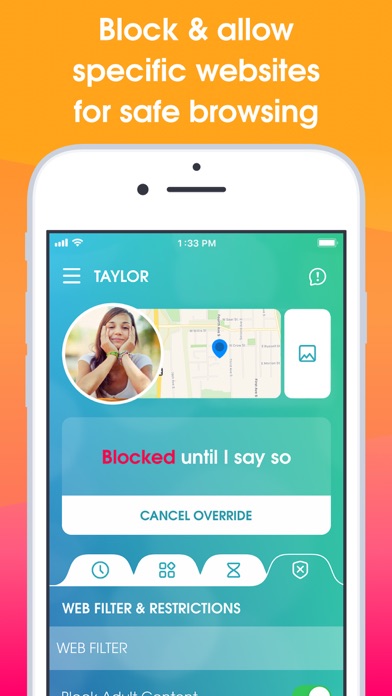 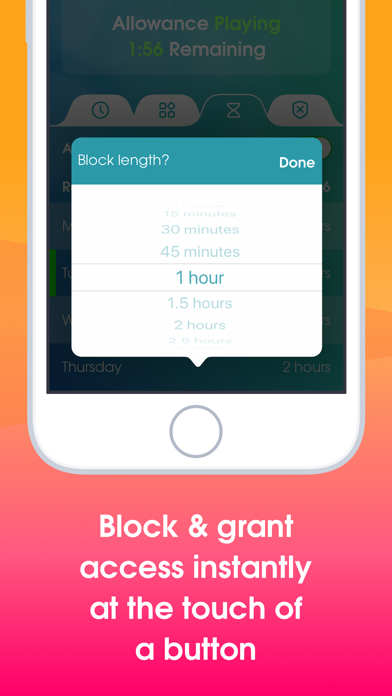 Not working after Update-to iOS 16 yesterday

Both phones were updated to iOS 16 yesterday. The phone cut off for bedtime and this morning she can’t see any of her apps when it turned back on. Tried rebooting / turning the time off and nothing works. Will prob have to remove until this is resolved.
By Caleb0320

I have been using the paid version for a year, I’m not going to lie, it has been helpful limiting my son’s phone time and apps, I have recommended to many parents myself, but when it comes to “after sales support” they are underperforming: I have been asking them a specific question about screenshots for months, I even put as condition to renew the paid subscription, and they haven’t even responded, all they do is send me a link to their FAQ site, which I have read several times before even I asked them the question. Investing in customer support is my recommendation to Eturi Corp.
By Eduardominero

Screen time for iPad has been so finicky for our family and changes don’t always sync. I had tried other app but this app solved our problems and has no issues syncing to the setting on my phone. I can turn off all apps when a child isn’t listening and I no longer have to go chasing up iPads thanks to the time limit. Thank you for all the work that’s gone into this. We do wish it had time limit options for individual apps — but when used in conjunction with limits in ScreenTime we’re able to do what we want. We also would love the Jr. app to have a two or three minute warning so they could sign off with friends.
By Annapeachy

I gave only four stars because even though this is an amazing app, I found the instructions took me several times before I realized how to use it and now it is amazing but the connection between my teens phone and mine doesn’t always work and I have very fast internet so either it’s the app or the phone, and last thing that gave it only four was the price I don’t make much and when I have to pay $100 a year it’s a strain on the budget but was necessary for the peace of mind. I would suggest some other controls that I would like to see in the app and if I could have remote access to photos and videos. There also were some apps that would send their texts from different apps the files in the app that would be nice too.
By Phantomg007

I *really* wanted to like this, but after an entire day of testing, I ended up removing and restoring a backup of my son’s phone. The main feature I wanted was the View feature, which takes a screenshot of your child’s phone every 5 minutes (or whatever interval you choose). However, iOS doesn’t allow a background app to record silently without user intervention. In order for it to work, the child must start a broadcast from the OurPact Jr app. No child wants to do that! So to incentivize the users, the app turns off all of the scheduled apps. I found this completely unworkable because when an app is removed (like Messages) you lose notifications. It basically kills texting, which I use to communicate with my child. The only other option is to remove Messages from the scheduled apps, but Messages is one of the main reasons I wanted the View feature. This introduces yet another reason for your child to complain about parental controls because now they have to turn on broadcasting every time they want to use their apps, which requires at least 4 clicks every single time the screen locks. I recognize that this iOS limitation is not the fault of OurPact developers. But, I wish the marketing materials on the website made it more clear that iOS doesn’t actually offer this feature. Instead, the detail was buried in a help article found only after I couldn’t figure out why all of the scheduled apps were removed. This is my reason for the 1 star.
By TheJimZim

Devices are no longer managed !!

This app was a lifesaver for me i bought the plus plan everything was good Until one of the three devices assigned was no longer managed I thought my daughter was finding a way to stop this program she honestly told me that her battery went down and then when she charged the phone it was no longer managed, I reconnected it to OurPact yesterday and everything was fine again Suddenly today i received three emails telling me that all the devices are no longer managed!!! I went to appstore thinking that the app needs update but no updates were found I want to know caused that I still have my subscription going on till the end of this year
By Joyo29

All was good for the first 10 months…

Everything worked perfectly until about a week ago, I cannot view any screenshot captures. Can we fix this please?
By saraialv

After following the instructions, the app blocked all the apps on my daughter‘s device and never unblocked them. After receiving instructions from customer support, the phone was blocked, and most of its apps were deleted. In the end, even after disabling the app, the complete information on the phone was deleted, and we had to restore the phone from scratch. Unfortunately, the app does not let you control phone calls, so they are 100% available 24/7. Terrible experience!
By L.D.F.N.

I only gave one star because zero isn’t an option! First off, I spent 3-4 days getting this product set up, only for it to stop working as soon as it went from free to paid. Then through some 15-20 emails or more I think, back and forth with customer service, I told them they needed to make it easier for people who aren’t necessarily tech savvy to install their product. After they told me I needed to delete the product from my phone and start over, I lost it. Told them their Chinese product was garbage, and they said they were blocking my email. DO NOT BELIEVE ANYTHING THEY SAY!!!
By Me me me n me

Let me start off by saying, this app is not the way to go. I’m a mother of 3 children, the oldest being 14. This app is based purely off of control, not discipline, which is a huge difference when raising our kids. I was honestly shocked when I found out something like this existed, merely because most parents who use apps like these simply do not want to put in the time and effort into disciplining their children as well as teaching them what they should and should not do as well as when to do it. Secondly, apps like this SHOULD NOT EXIST. If the sole purpose of our childrens’ lives are to live how we want them to, then they simply have no freedom whatsoever. Our children were born into this world to make mistakes and learn from them, not to be controlled. I even read some reviews where people were talking about how a lot of children either figured out how to disable the app itself or how they disliked it greatly. I mean, what did you all expect? No one likes to be a slave to their own parents and do whatever they please no matter what. I am greatly ashamed of the amount of people who actually have to resort to this, especially since the reality is that most people here never even tried to discipline their kids themselves. But as everyone says, strict parents raise sneaky kids don’t they? Remember what you’re doing to your kids everyone, mine are lucky to know that I would never control them like this and let them live their life how THEY want with boundaries I PHYSICALLY SET myself.
By Roselle2006