Meet the ultimate solution for preserving your old photos. Photomyne is the fastest and easiest way to turn photographs into live digital records, and to share them with others. Download to see the magic of powerful scanning action, built with cutting edge AI technology. SIMPLY HOLD & CAPTURE - SCANNER WILL DO THE REST * Scan multiple analog photographs in a single shot - finish an entire album in minutes * Capture scans by tapping a button or by simply saying 'Go' (if voice control is enabled) * Photo scanner auto-detects picture boundaries, auto-rotates sideways pics, crops and saves them into a digital album * Scanner automatically enhances each scanned photo EDIT & RESTORE NEWLY SCANNED PHOTOS * Edit photos - add their stories (description, year, location and names) by typing details or adding voice recording! * Apply photo filters * Colorize your B&W photos * Create video slideshows and photo collages SAVE & SHARE YOUR REDISCOVERED MEMORIES * Save photos to your phone or computer in the best quality (print quality) * Share as many photos as you want via email, text message and more * Enjoy unlimited colorization of Black-and-White (monochromatic) photos * Post your revived memories on social networks such as Facebook, Snapchat, Instagram and others This paid app version offers the full utility power of Photomyne on one iOS device. You will need to purchase a Photomyne account (in-app subscription) to access your photos on other devices or online, to enjoy supporting cloud services, and to free up space on your device. == OPTIONAL IN-APP SUBSCRIPTION: Enjoy additional features when you subscribe to Photomyne: * Unlimited photo backup * Unlimited photo design effects including slideshows from more than 20 photos and more * Photomyne account sync across multiple mobile devices * Online photo access on the Photomyne website * Free up space on your device while keeping photos safe and backed-up on the cloud Photomyne offers several auto-renewing subscription options** that include a 7-day free trial: -Monthly plan -Yearly plan Photomyne also offers a One-Time plan which is paid for by a single upfront payment, and offers unlimited access to all account features. It is valid for 5 years and supports up to 20,000 photos. **Payment will be charged to your App Store account at confirmation of purchase. Your subscription will automatically renew itself unless auto-renewal is turned off at least 24 hours before the end of the current period. Your account will be charged for renewal within 24 hours prior to the end of the current period. You can manage your subscriptions and turn off auto-renewal by going to your Account Settings in the App Store. If offered, if you choose to use our free trial, any unused portion of the free trial period will be forfeited when you purchase a subscription to that publication, where applicable. For more information on Photomyne's Terms of Use, please visit photomyne.com/terms-of-use. For information on privacy issues, please visit our Privacy Policy page at photomyne.com/privacy-policy. Stop by and learn more at: photomyne.com 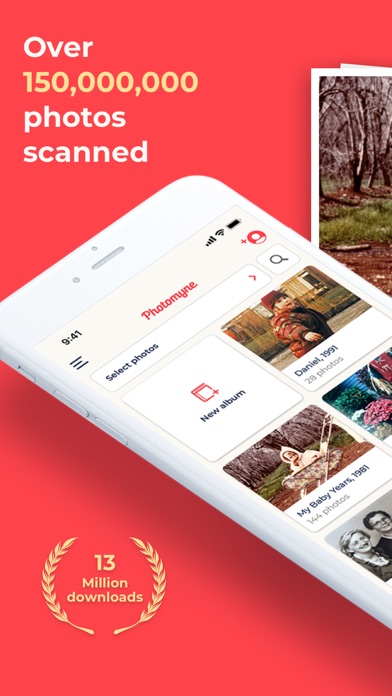 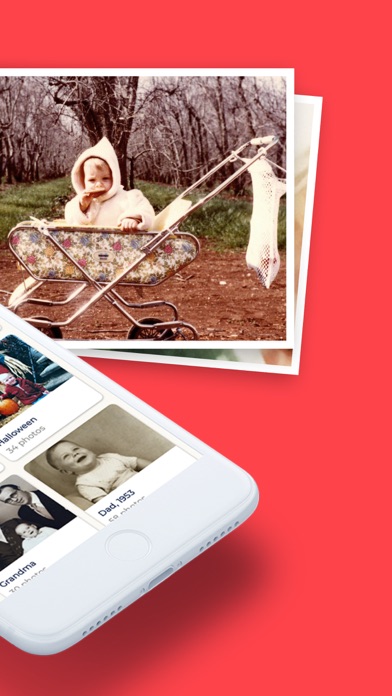 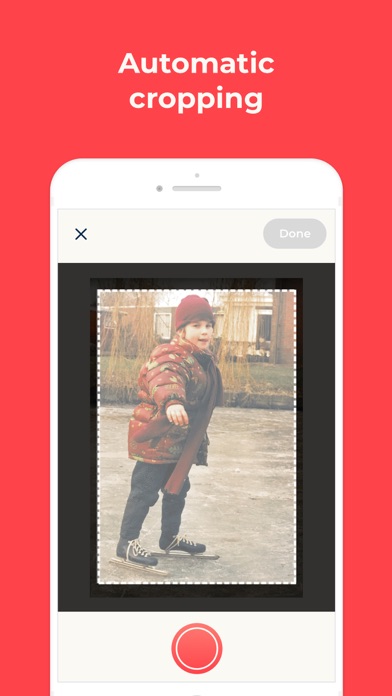 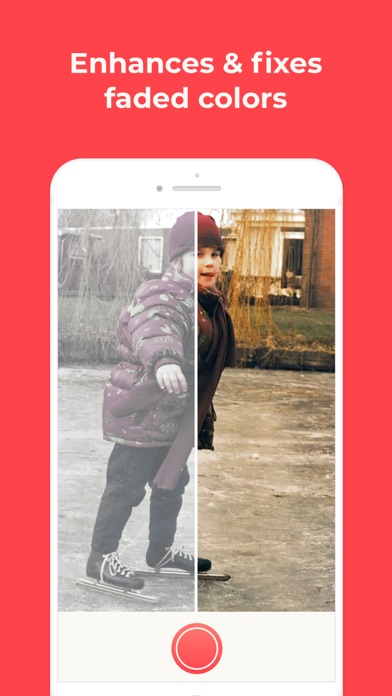 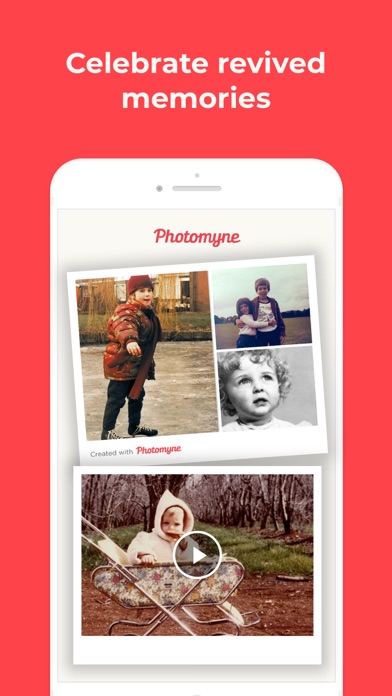 Learn how to cancel trials

I find it hard to believe the amount of people who are unaware that you have to cancel a trial. You can go into your ITunes account and cancel your subscription as soon as you sign up for the trial. It will NOT cancel before the trial period ends. If you do this at the time you took the trial you don’t have to remember to cancel when it ends. If you decide to keep it there is an option to re-start. Such is the case with this app. It’s a definite keeper. Good job developers!
By Dogisgood

This os a junk app.
By Estevez63

App works flawlessly for scanning & uploading photos. I wanted to delete my data after using the app just to be extra safe & Lara from Photomyne was very prompt and had great communication throughout the process. I can vouch for this app and how handy it is. Plus the staff is professional and responsive. Well done!
By Stefpdt

The app sells for $2.99 but they don’t mention that you still have to pay $9.99 per month. Ripoff.
By OneGoodSpy

I find the sequence confusing
By Saddened by war

Photomyne apps are all Fantastic

I enjoy enjoy working everyday with my over 12,000 photos For the family, the “Go” update will really save me time.
By CAV 5/7th

We have a large number of photo albums that are rarely used. Within a couple of weeks we were able to capture and share the photos created over the past 45 years. The process was easy to learn and use.
By Sps0249

This is a fine app, but unfortunately, after selling it outright to purchasers like me, they decided it was to be another subscription-only app. Those of us who owned it lost it and were ripped off.
By dspov

I bought two photo scanning apps at the same time; one for $4.99, and Photomyne for $0.99. I should have saved money and just gone with Photomyne because it is awesome! Able to scan four pictures at once and this one scan then create individual shots. App automatically crops pictures, which is a time saver. Able to create albums and move pictures among these albums. Great editing tools, and economical ability to sign up for unlimited cloud storage. Also, you are able to creat a family page for photo sharing. Excellent app and I would highly recommend this program for anyone who wants to digitally copy old family photographs. Thanks Photomyne for high quality app and affordable file storage! 👍💋 Update: My mother-in-law died a few years ago, and my wife inherited her recipes. Other family members expressed interest in reviewing some of these recipes. I separated recipe cards into food groups, ( cakes, breads, soups, etc), then loaded them up to Photomyne into seperate group folders and then selected just those groups to appear on my personal Photomyne web page. Now all family members can access her recipes for viewing. When I decide to change my personal webpage to share other collections, all I do is unselect folders that I no longer want to appear on web page and select new ones. The original folders never disappear but are always kept safe on my Photomyne collections. That is a FANTASTIC ability!
By Andreo1950

Not one thing to complain about.
By EvelynIse