Above the placid ivory snow lies a sleepy mountain village, brimming with the promise of adventure. "A piece of interactive art" – WIRED "Best of 2015" and "15 Most Beautiful Games" – Apple "Favorite Apps of 2015" – The New York Times "One of the best mobile games" – The Verge "Alto's Adventure demands your attention" – IGN "2015 Game of the Year" – Product Hunt "Best 2D Visual Experience" – 2015 Unity Awards Finalist "One of the best-looking games on the App Store" – VICE “The visuals really are incredible” – TouchArcade “Simply stunning” – Red Bull "Best Looking Video Games of 2015" – TIME "Wonderfully tranquil and beautiful" – Engadget "Best iPhone apps of 2015" – Mashable "I couldn't let Alto's Adventure slide by me" – Destructoid "Alto’s Adventure for iOS may be the most beautiful endless runner you’ve ever played" – The Next Web "Pristine and refined" – LA Times "An engaging, relaxing, and beautiful experience." – MacStories "Satisfies the soul" – TechCrunch "Alto's Adventure is the endless runner matured" – Kotaku "Alto’s Adventure is remarkably soothing" – The New York Observer "Favorite game of the year" – BuzzFeed "A joyous experience" – GameSpot "One of my favorite games" – AppAdvice "Alto is lovely" – Eurogamer "It’s seriously stunning" – Macworld "Alto's Adventure is a brilliant mobile game" – PocketGamer "A beautiful visual experience" – CNET "An elegant ride down nature's greatest landmarks" – Kill Screen "A compelling game to play" – The Washington Post "Every inch of this game is visually impressive and delightfully charming" – Business Insider Join Alto and his friends as they embark on an endless snowboarding odyssey. Journey across the beautiful alpine hills of their native wilderness, through neighbouring villages, ancient woodlands, and long-abandoned ruins. Along the way you'll rescue runaway llamas, grind rooftops, leap over terrifying chasms and outwit the mountain elders – all while braving the ever changing elements and passage of time upon the mountain. Features: • Fluid, graceful and exhilarating physics-based gameplay • Procedurally generated terrain based on real-world snowboarding • Fully dynamic lighting and weather effects, including thunderstorms, blizzards, fog, rainbows, shooting stars, and more • Easy to learn, difficult to master one button trick system • Chain together combos to maximize points and speed • Test your skills with 180 handcrafted goals • Discover six unique snowboarders, each with their own special attributes and abilities • Challenge your friends with Game Center. Compete for best high score, best distance, and best trick combo! • Acquire the wingsuit from Izel’s workshop for an entirely new gameplay dynamic • Beautifully minimalist and evocative visual design • Original music and handcrafted audio for an ambient and immersive experience (headphones recommended!) • Universal app with iCloud support. Play on your iPhone and iPad and your progress will always be in sync. Alto’s Adventure is a premium game with no ads or in-app purchases. 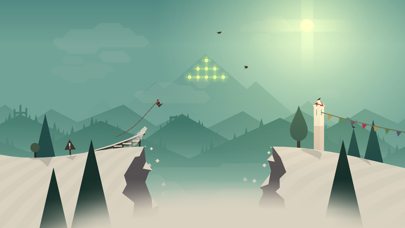 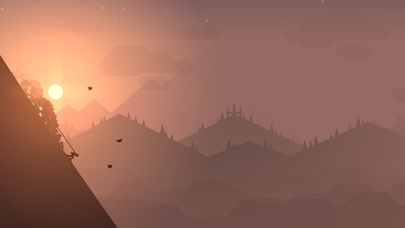 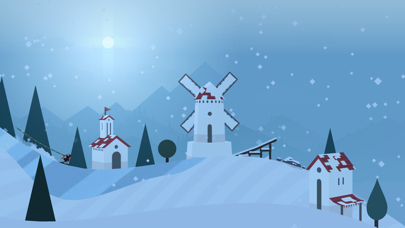 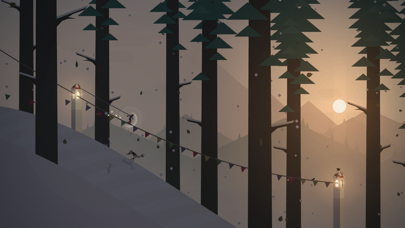 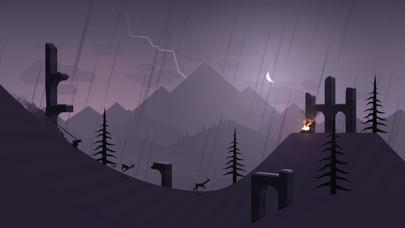 Not worth a penny

It is not worth anything it is the worst game ever.
By skftwfjuesfu

An amazing, and almost perfect game

So I’ll begin by stating that this game, as well as its sequel, Alto’s Odyssey, are both very enjoyable games. I’ve found myself returning to them three times now, to start from scratch and to play the games again. My complaint is simple and fixable: you can’t concurrently listen to your own music, podcasts, or other media during gameplay. Even if you have the game volumes turned down entirely, at least in “Odyssey”, your media will cease. There is no way to correct this without a patch. This is the only fix these games need. They’re well programmed, they’re entertaining, they’re calming, and they’re rewarding. Thank you to the developers of this game, because you’ve inspired some coding projects of my own, and I look forward to seeing future iterations of Alto, as well as other projects. Very good work.
By Ahdbh

Great game! However, the game makes sure you spend hours trying to even get 200 coins. It will also make sure you do get hit by a ground rock over picking up coins! Yep! When you go fats you don’t pick up coins! Crazy huh? It’s excruciatingly annoying. That’s why it deserves 3 of 5 stars.
By MineCraftArch

I love this game and only have on complaint, more of a request i guess. i wish you could turn on score on Zen Mode it wouldn’t count towards leaderboards of course but i think it would be fun to be able to rack up a super high score with a game over.
By Pkskdndbdbfjf

Alto's Adventure promises to be a beautiful game with simple but hard to master mechanics. The reality is the controls feel clunky instead of cool, and the art style is neat but uninspired. If the landscape and foreground had more texture or impact, the simple controls wouldn't feel so lame, and the reverse is true. If there was more gameplay, the crude background would be more impactful. The sorry result of the combination of too-simple controls and spartan art style makes for a mediocre game.
By Kipea Wha

I really liked this until I got to “smash 3 rocks with ice boost in one run”. I have smashed them multiple times and never get credit for it. I give up guess I can’t play it anymore
By SteveO491

I love this game! Altos odyssey is an incredible sand boarding masterpiece, and this game is no less a work of art, if not more so, because of the challenge of the lost llamas! Peaceful, beautiful and serene yet challenging, Altos adventure will pull you into a wonderful snow boarding world. I recommend all the way!
By ogtrewasq

Most relaxing game ever.

I don’t know how anyone could rate this any lower than a four. The quality of the game is great. There’s no glitches, no booting, or anything of that sort.
By Bendt81906

the game is fun over all, however, some of the challenges seem ridiculously hard and it feels like the game doesn’t give you the opportunity to do them when you play. I am currently stuck on “smash through 2 rocks with one boost” and no matter how many games I play or how far I get there never seems to be two rocks close enough to do that
By Maxitaxisqueekers

Used to play this on Samsung a few years ago. Got a new iPhone 11 and downloaded this mainly for the calming music in the background. Unfortunately the sound doesn’t work for some reason so it’s a worse experience :(
By Pojee_