By The Dallas Morning News

Staying on top of award-winning news is now faster and easier than ever. The Dallas Morning News App is an up-to-the-minute source of breaking news, local business updates, lifestyles and entertainment headlines, plus all of the sports coverage of the Cowboys, Rangers, Mavericks, Stars, colleges and high school sports. WITH THE NEW DALLAS MORNING NEWS APP YOU CAN: • DISCOVER the latest breaking news and important daily news updates with our intuitive news feed and uncluttered reading experience. • EXPLORE the news topics you care about from sports teams like the Cowboys, Rangers, Mavericks, Stars, colleges and high school sports, to the latest local news with our seamless section tab navigation. • REMEMBER the stories that matter to you with article action buttons for bookmarking, saving and sharing articles. ADDITIONAL FEATURES: • Frequent Updates - stay connected with 24/7 coverage and other important news throughout the day. • Alerts and Notifications - be the first to know with verified breaking news. • Text Size Customization - read more comfortably with the ability to increase/decrease article font sizes. We'd love to hear your feedback as we continue to develop enhancements and fix bugs. Reach out to our support team under Settings > Submit Feedback The Dallas News App is a paid content service. • Option to have access to a six-month term of the Dalls News app for iPhone and iPad for $29.99 (USD), or monthly access for $4.99 (USD)/month. • Manage your iOS subscription in iTunes, payments charged to your Apple iTunes account. • iOS subscriptions automatically renew unless disabled 24 hours before the renewal date. Auto-renewal may be turned off by going to your Apple iTunes account settings. • Privacy policy: https://aws.dallasnews.com/help/privacy-policy/ • Terms of Service: https://aws.dallasnews.com/help/terms-of-service/ 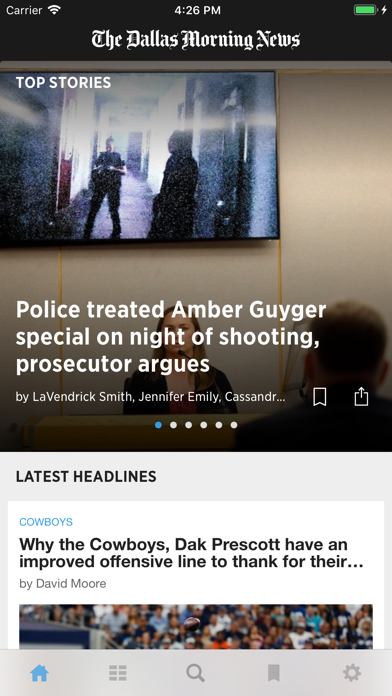 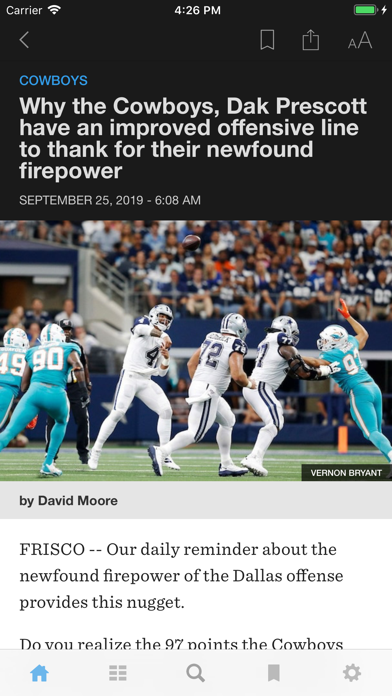 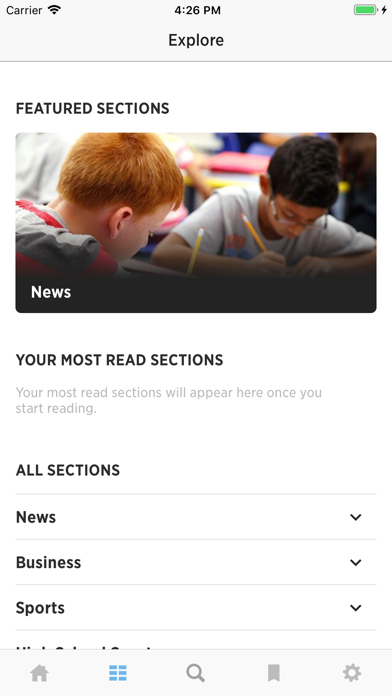 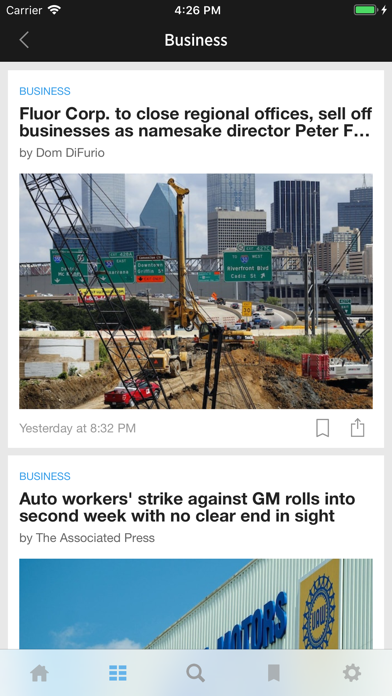 I am not getting a full view on my IPad. I emailed tech support and got a canned answer. When I wrote back with a screen shot, crickets. One of several instances of non response from the DMN. I don’t think I’ll renew.
By Bethtx_2000

Reports news and gives news without researching. Has no regard for how their sensationalized headlines affect others and their livelihood.
By Allenc77

The most recent update has disconnected my subscription. The restore subscription button in the app doesn't work either. Needs to be a fix pushed out so that this doesn’t keep happening! Very disappointed.
By Labluvr45

The app locked me out for no apparent reason today. I spent 20 minutes on the phone with Apple Support and it was determined this was not an Apple problem; it was an A. H. Belo problem. It was the app itself that was not working. Two Belo customer service reps were no help. They would only blame it on Apple. The technical support rep had the audacity to tell me that Belo got NO money for the app subscription if it were purchased thru the App Store. He also volunteered when I challenged him on this assertion that Belo had just released an app update and that they had received numerous complaints from people who subscribed thru the App Store that they were also locked out. Being the technology wizard he claimed to be, he said this was proof it was Apple’s problem. I suggested someone from his team should contact someone at Apple and find the technical glitch. His response was that this was solely an Apple problem and that he and Belo would do nothing further to try to solve the issue. Four phone calls, 3 with Belo customer service, and Belo refuses to acknowledge the problem or to try to fix it. They are keeping my subscription money which the supervisor told me they did not get. Go figure!
By Cheeto8216

Forces you out of the app all the time and requires you to click restore subscription where it has made you lose your place when you come back. The ads are super sensitive to the touch which requires a restart. Half the content is two or three days old. DMN seems to only hire new graduates out of school. No investigative journalism. The Morning News used to be an exemplary newspaper. Now it’s just a joke. Worst app ever. Worst content. Now worst newspaper ever.
By TexianJim

This is nothing more than a smattering of news stories. One needs to go to the DMN website and login to read the actual newspaper.
By lmoon2550

Please hire some developers that know what they are doing. This app is awful. It appears that it is a problem with loading all the ads. I pay lots of money to subscribe, but the app is almost unusable as I wait for the ads to load. The text jumps all over the place. The app is an embarrassment to the well respected Dallas Morning News.
By TeaganJai

Change your name!! You are not the same newspaper I have read since 1952!! You have become a major cheerleader for the liberal left. I wish the Times Herald was still in business so there would be competition in the Dallas newspaper world.
By 70m6

Horrible clunky mess of an app. Your music will constantly come to a stop, and sometimes you can’t even just swipe from the top right and press play, because it’ll be wiped too. Had I known of the app’s problems, I would not have subscribed.
By Roberrrrrrttttt

From their choices of interviewees to quote in their articles to the constant Trump campaign ads, this publication makes little attempt to be unbiased. During the initial pandemic months, every hospitality article was about how the pandemic was affecting all the restaurants *owners.* I never read an interview of a working class individual, a bar back, a server. The owners they featured typically owned multiple venues. Their coverage of the Shelly Luther scandal is why the woman is running for office right now. I never see any bar graphs, charts, anything based on science or statistics is mysteriously absent. Lots of opinion though! Plenty of white guy and white lady opinion. No, thank you. Totally archaic hierarchy and that is evident in the content produced.
By d00leynoted

More by The Dallas Morning News