Predator Pro is a professional-grade predator hunting toolkit designed to specifically work with the Bullet HP electronic call. Coyote hunters, fox hunters, and really anyone hunting predators of any kind will see the effectiveness of predator hunting with the Predator Pro mobile app. Predator Pro comes equipped with 50 sounds for FREE! *New Predator Sound Pack available with more coyote, bobcat, and raccoon sounds in the latest version. Predator Pro by Convergent Hunting is designed to work in conjunction with the “Bullet HP” (special purpose Bluetooth controlled speaker/decoy) to help you get professional predator calling results. Together, the Convergent Hunting apps and Convergent Bullet HP, combine the latest in technology to provide you with a complete predator calling platform that is unique, versatile, all wrapped up in a high-performance package. All predator hunting sounds packaged in Convergent Hunting’s Mobile Predator Calling Apps have been recorded in High Definition and are digitally mastered to provide you with sounds that will elicit responses from even the most wary animals. This app is designed to be easy-to-use and powerful with expansion options so that you can continue to grow your sound library with the latest and greatest sounds as they become available. Large buttons for sound playback and decoy control make using the apps in the field very easy. 4 programmable preset call buttons allow you to keep your four favorite sounds “front and center” for quick use. A decoy button lets you easily control the Bullet HP’s decoy motor to further entice game into close range. Standard volume control and playback interface keep things simple and easy to use. Hunting hi-tech has never been so easy, or powerful! Visit ConvergentHunting.com for more apps product information. 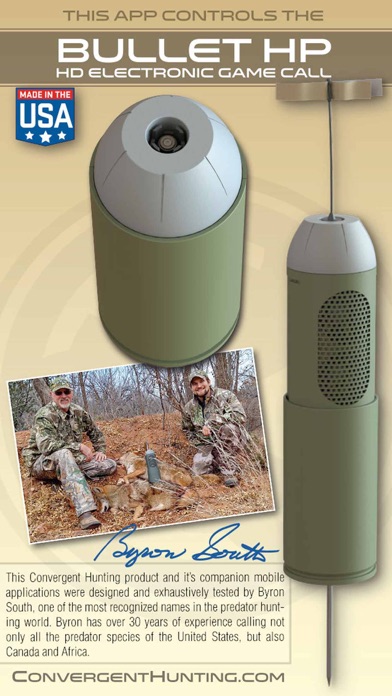 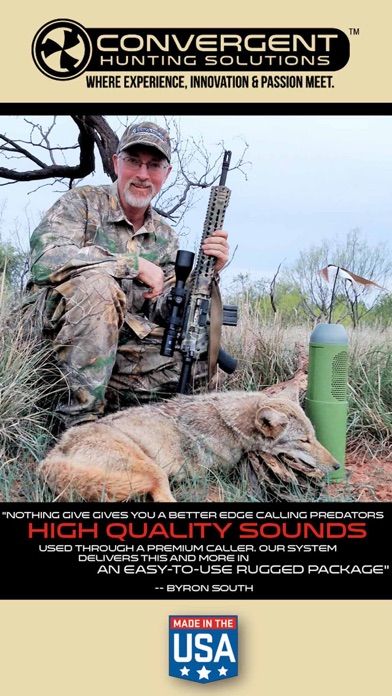 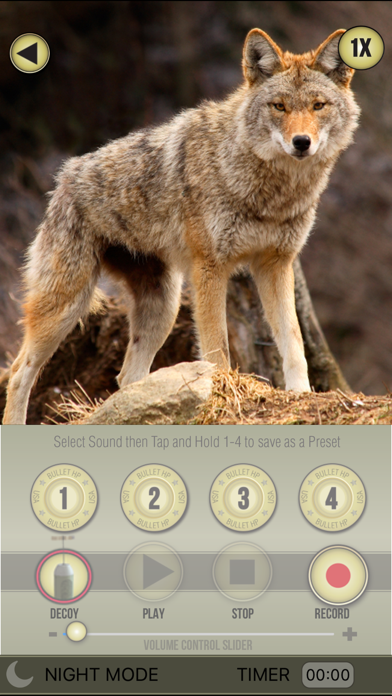 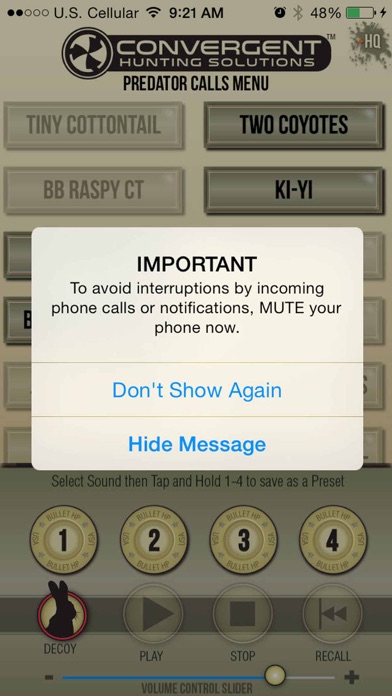 Bought it, then right after they update…..

The new update only allows you to use their Bluetooth speaker.
By EastTexasReid

Racket…Have to use their speaker…

I liked this call quite a bit until, out of the blue, they tell you that you have to use their speaker.I had already given them the 4.99 extra on this and hog pro for the extra sounds, but now it’s useless because I can’t use my own Bluetooth speaker like I did the first year I had the call… Get you in and get your money and then cut you off…
By Stratter

Can only use on their callers after the update Thanks guys, lame!!
By Miles killer

I bought this app a while back to use with a BT speaker that I already own. Now all of a sudden you can only use this app with the Convergent speaker. That’s just greedy and sh1tty business practice IMO
By Icker96

I’ve tried all the other predator call apps and most other hunting call apps for that matter. None have the simplicity of use or sound quality of this app. I’ve brought in multiple foxes and coyotes just using my phone hooked up to a cheap Bluetooth speaker. It just straight works. If I have any complaint at all, it’s that these guys don’t make other call apps. I’d be willing to pay for a good quality calling app. For free, you can’t go wrong with this one! Edit: Nevermind...I just discovered they do indeed make other call apps. And I’ve already paid for and downloaded a couple. Worth it!
By JackOfNoneTrades

All of the calls were fake. Meaning they were men using mouth calls and not live animals. I can use my own mouth calls as good or better than most of these.
By DrewGilchrist

Called one in on the first set using it. Would recommend to anyone!
By Bestryken