MORTAL KOMBAT MOBILE brings its trademark Fatalities to mobile, with stunning graphics, and over the top moves! Assemble an elite team of Mortal Kombat warriors now and prove yourself in the greatest fighting tournament on Earth. FIGHT IN BRUTAL 3 v 3 KOMBAT Create your own team of Mortal Kombat fighters and lead them into battle to earn experience, new special attacks, and powerful artifacts. Team up warriors with unique synergies to get an advantage over your enemies such as Team Ronin, Team Nightmare, and Team Day of the Dead! BUILD A MASSIVE ROSTER Collect over 130 Mortal Kombat characters including veterans like Scorpion, Johnny Cage, Sub-Zero, Cassie Cage, Ermac, and many others. Discover the newest additions to Mortal Kombat Mobile such as the bloodthirsty Vampiress Mileena, soccer champion Kombat Cup Sonya Blade, mysterious Klassic Reptile, and warrior princess Ronin Kitana. COMPLETE DIFFICULT CHALLENGES Prove yourself and complete a series of matches to bring new Mortal Kombat warriors to your roster! A new challenge begins every week! MULTIPLAYER FACTION WARS Compete with other players in Faction Wars, an online competitive mode where players engage other player teams. Rank up in your own Faction’s leaderboard to earn weekly prizes. PERSONALIZE YOUR GAME Unlock unique character customizations in Feats of Strength. Win battles to show off your mastery with limitless combinations of action packed Victory Stances, insulting Victory Taunts, and champion worthy War Banners. Unlocking Feats of Strength also boosts stats for characters! JAW DROPPING FATALITES Mortal Kombat Mobile brings its trademark Fatalities to mobile, with stunning graphics, and over the top moves that will punch you right in the guts. EARN REWARDS ON EPIC QUESTS Send characters on epic Quests to earn special rewards! Begin your journey in Outworld and make your way to NetherRealm! NOTICES: * Mortal Kombat Mobile features high quality visuals. Performance is not optimized on devices with less than 1.0 GB RAM. * 64-bit devices are required to download from the App Store. * Mortal Kombat Mobile is an online only game. * A minimum of 1.1 GB of free space is required on your device. Content is generally suitable for ages 17 and up. Contains intense violence, blood, and gore. 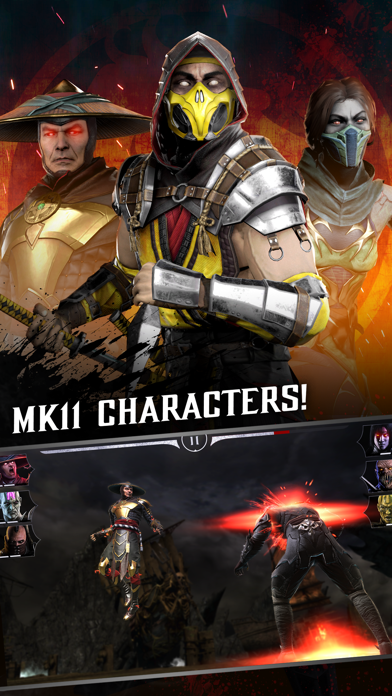 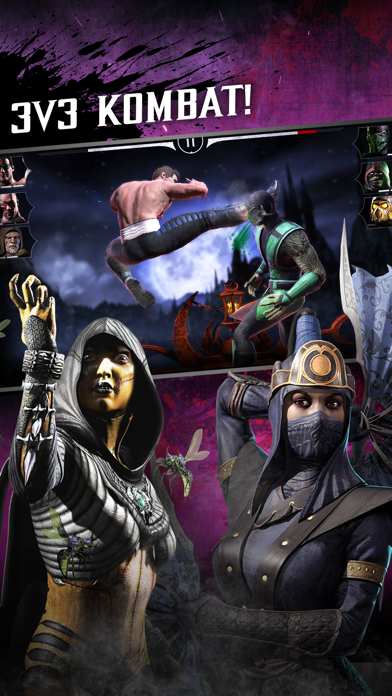 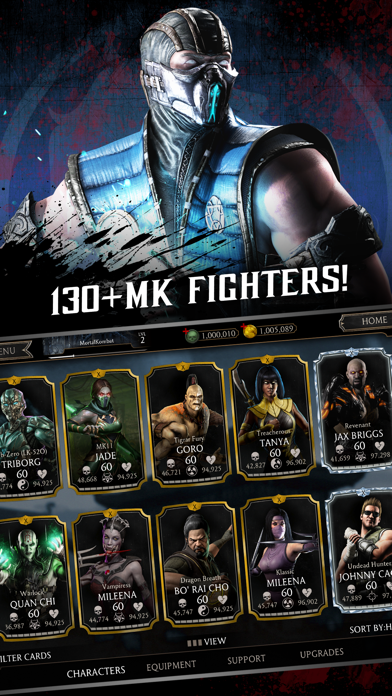 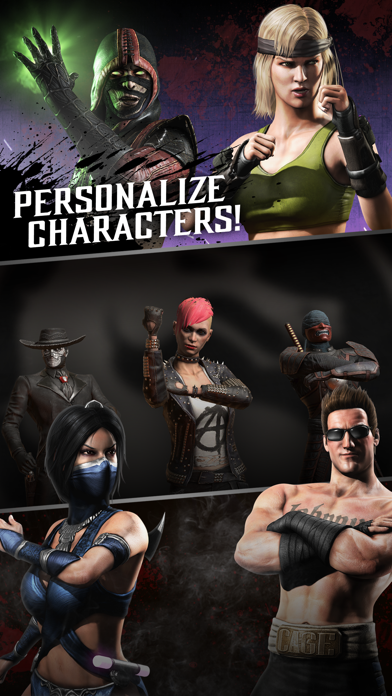 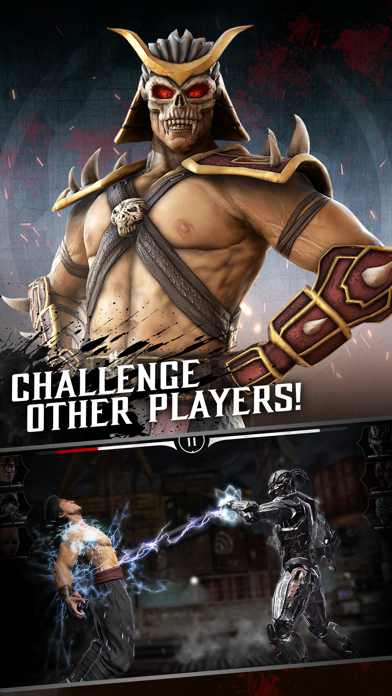 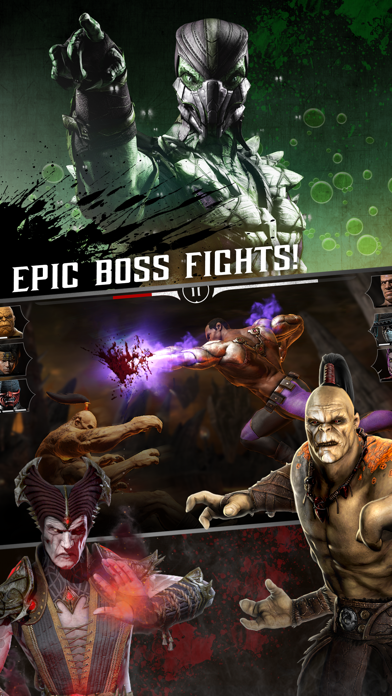 The game is 11/10, a fun experience which i have no complaints over with one exception; the offers don’t always work as expected. The game offered to give me up to 2600 souls if I made a purchase on Nike, so I bought myself some $120 running shoes and didn’t recieve any souls yet. Did I do something wrong? It registered my purchase and I didn’t back out at any point.
By sabr_e

I have been playing this game on-and-off for about 5 years. Since I first downloaded the app, I have loved the fighting mechanics and character cards, which has kept me playing for so long. I notice the efforts by the developers and I greatly appreciate their dedication to the app after all this time. That being said, I would like to voice an issue I have had with the overall playing experience since the massive update last year that changed the look of the game and the rarities of 20+ gold cards. One of these issues was the conversion of challenge golds into diamond characters, which was something that I never really understood. Even though the developers wanted to change the dynamic of the game, it just made it very difficult for free-to-play players like myself to obtain these diamond characters again, and diminished the value of the original diamond characters. When the first three diamond characters first came out, they were so unique because their abilities were amazing and new, and it felt like an accomplishment to get these characters. When more diamond characters like Erron Black, Goro, D’vorah, etc. were added, I was fine with it because they were new characters. However, once a significant amount of challenge golds were converted to diamonds, diamond cards now don’t feel special when you obtain them. I hated that most of the golds that I was trying to fuse turned into diamonds, making it much more difficult to fuse. I have about 20 diamond cards now, and I use almost none of them, because their stats aren’t great compared to my fused gold cards and it seems impossible to get them from packs. I know this probably won’t be read, but if the developers ever actually see this, I would just like to say: please downgrade all the diamond “teams” back to gold, as they once were. I believe I’m not the only person who wants this, and I believe that having the original golds would allow some of the older players to get back into the game.
By MonnorC