PocketGuard is a free app that makes it easy to take control of your personal finance and stop overspending. Its intuitive money management tools help you make a budget, track spending and build savings automatically. Link your bank accounts & credit cards and track everything from account balances & transactions to net worth and more in one place. ALWAYS KNOW WHAT’S IN YOUR POCKET Our IN MY POCKET feature shows exactly how much disposable income you have after paying your bills, saving for your goals, and setting aside enough money for essentials, like food & transportation. It does the "can I buy it?" math for you, so you can spend with confidence and enjoy life. TRACK AND LOWER YOUR BILLS Add your bills and subscriptions to PocketGuard and it will automatically plan for future payments. Our smart bill reminders will help you never miss the due date again. And our smart algorithms will identify where you might be overpaying and offer easy ways to lower your bills. IDENTIFY & CANCEL UNWANTED SUBSCRIPTIONS Easily cancel subscriptions you no longer want or need. Save time and money, while we do the hard work for you. We may even get refunds for unused services. SET AND REACH YOUR GOALS Like the journey of a thousand miles begins with a single step, building up savings begins with setting your goals. PocketGuard allows you to set an unlimited number of goals and track your progress. SAVE EFFORTLESSLY Reach your savings goals faster with Autosave**. Link your goals to Autosave, set up automated rules, and watch your savings grow automatically. Funds in your Autosave account are held at the depository institution and are FDIC-insured up to $250,000. BANK-LEVEL SECURITY We use the same 256-bit SSL encryption as all major banks to ensure your sensitive information is safe and sound. The PocketGuard app also uses PIN code and biometrics, like Touch ID & Face ID, as an additional security layer. ------------------------------------------------- Currently, PocketGuard connects to U.S. and Canadian financial institutions only. Autosave is currently available only for U.S. citizens ------------------------------------------------- PocketGuard offers a premium subscription - PocketGuard Plus - which gives you access to additional features. PocketGuard Plus is optional and not required to use PocketGuard. If you choose to purchase PocketGuard Plus, payment will be charged to your iTunes account. Subscription automatically renews unless auto-renewal is turned off at least 24 hours before the end of the current period. Auto-renewal may be turned off at any time by going to your settings in the iTunes Store after purchase. Any unused portion of a free trial period will be forfeited if you purchase a different subscription plan (example: switch from trial to annual subscription). PocketGuard Plus subscription lengths and prices: - Monthly - $4.99* / month - Annual - $34.99* / year * Prices are in U.S. dollars, may vary in countries other than the U.S., and are subject to change without notice. ------------------------------------------------- Privacy Policy: https://pocketguard.com/privacy/ Terms of Use: https://pocketguard.com/terms/ 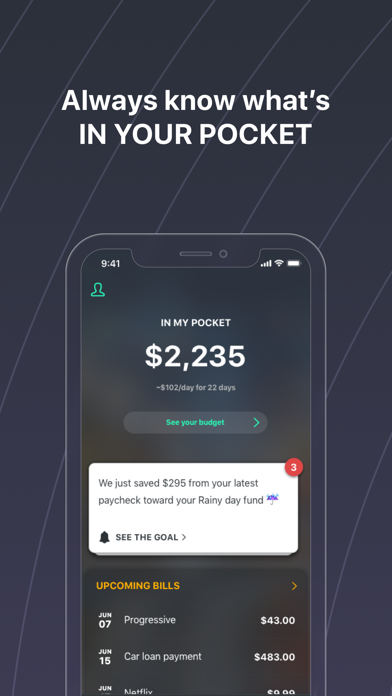 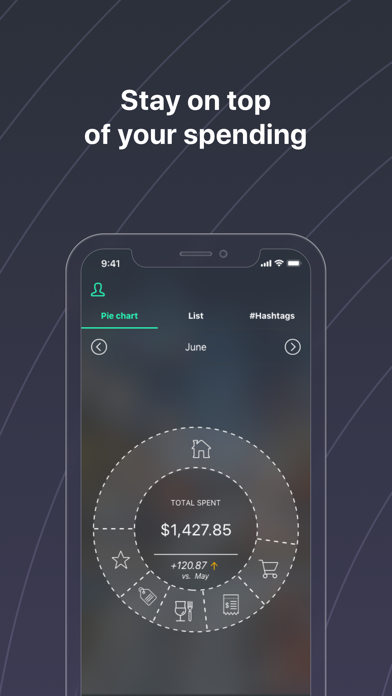 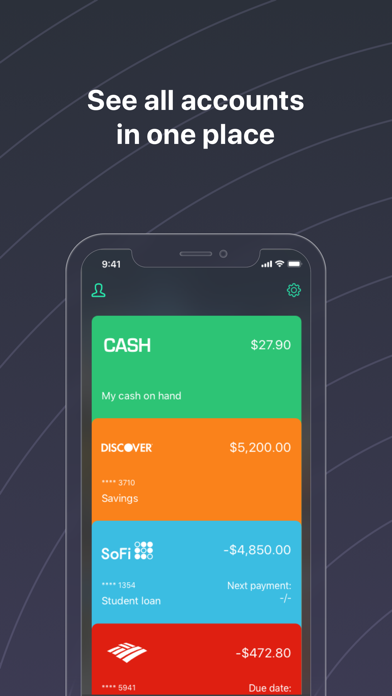 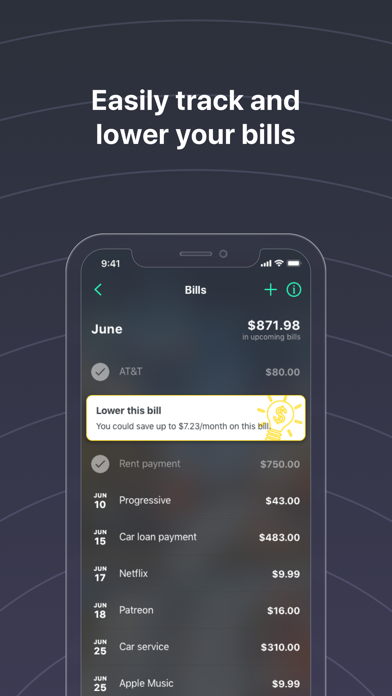 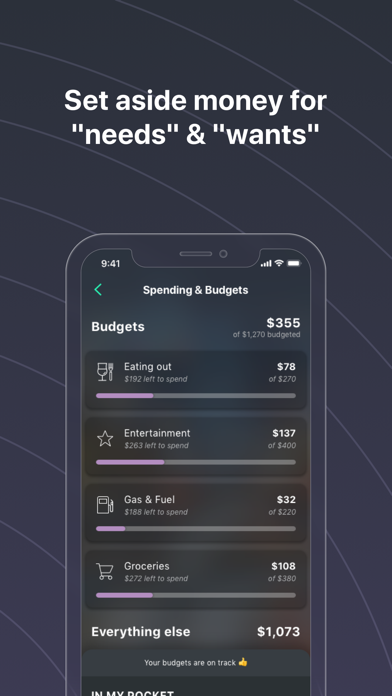 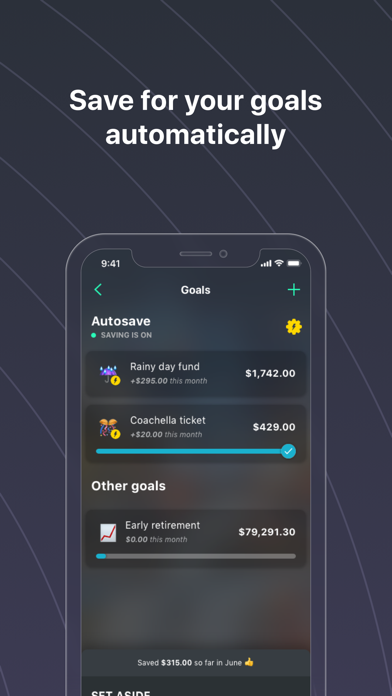 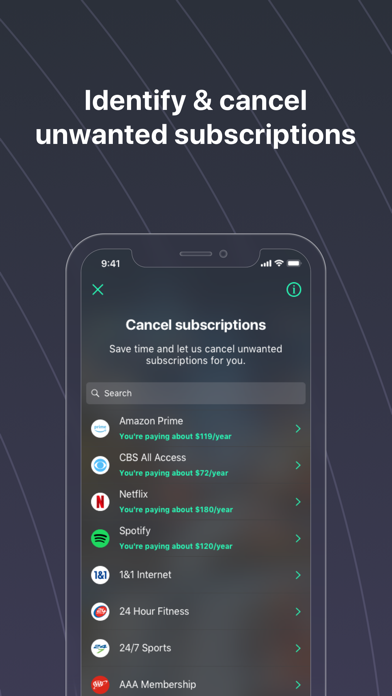 So far I am loving this app! I just wish I could set up budgets for all of my expenses but the app only lets you do 3 budgets. After that you have to pay. I may eventually purchase the upgrade though. It’s probably worth it, but the basic works great for now.
By ErrryNameIsTook

For me, this is the first budgeting app that doesn’t feel like a pain to check every day, because the format is so streamlined :D I appreciate how it shows all of my transactions for all my accounts in one real-time feed, gives a breakdown of expenses in a pie chart, and says how much money I have left to safely spend this month. I love how simple the format is, because too many bells and whistles discourage me from using apps.
By Asmalasmall

I tried a few other apps like Mint, etc but PocketGuard has been the easiest and most insightful. I like seeing Net costs and this app does it right!
By Brandon.Kastro

Great app but has data issues

This was my favorite budgeting app for the last year and has been super helpful in me keeping track of my spending. I even bought premium. However, the last few months the app doesn’t capture all of my transactions, which has made my budgeting difficult since it is no longer an accurate representation of my spending. Sadly, until this problem is fixed i will have to look for another app.
By phaunts

Pros: -graphs and pie charts showing spending, income , and what was spent on -easy to set up -dark mode with cool colors - let’s me adjust dates on transactions which is nice because my paycheck for a month sometimes comes in the next month which can mess up my data - auto savings as well as auto saving from each pay check - a lot of categories to choose from for transactions - merchant history which allows you to see past monthly spending on one category Other things these are the best for me CONS: - I don’t know why some transactions aren’t showing up and it really screws with my income vs spending graphs -can never connect to Sallie Mae - auto save isn’t consistent at taking out money as indicated Overall I love this app and for the past 2 months I’ve run into the problems stated in cons. I don’t know why it’s happening I contacted support and they’re taking a while to get back to me. If these things could be fixed this app is the best among the others in my opinion. But these flaws are defeating the purpose for why I even use it :/
By Migo_Brandon and Karina

Very Useful and it integrate with your Bank!

It forces me not to waste money and the fact that it is able to connect to my back account seamlessly, just makes everything more accurate so that I know how much money is coming and going!! Definitely download it!
By Koudoha

Best app I’ve used to keep my finances straight!
By Meghyn is frustrated

I really wanted to keep using the pocketguard app. Great design, showing prominently how much I could allow myself to spend for the week or month. I spent hours categorizing my transactions so the app could group my expenses properly. But none of that mattered because a core function of the app does not work. A couple weeks after setting up the app, I started noticing that the app was missing multiple transactions from multiple accounts. Meaning that the budgets and quite literally all the calculated data in the app was incorrect! I reached out to app’s support team but after after weeks of back and forth, the only solution they provided was to use a feature of the paid version of the app to manually add the transactions as cash transactions and then delete the transactions when they fix the problem at some undetermined time in the future. I was even willing to go that route, but the support person could not give me any timeline when the problem would be fixed. In short, the app is broken to the point of being unusable with no fix on the timeline. A further point, they said the issue is with their data aggregator’s problem with my account issuer and that the problem is affecting a large number of their users. The accounts are with Chase, one of the largest banking networks in the states. I don’t see how the developers can keep soliciting app downloads and subscriptions when they have such a major flaw with the app that affects so many of their customers while having no timeline to resolve. That’s very irresponsible so this is definitely not a developer anyone should trust with their finances. If you’re using this app, please verify your transactions against your account statements so you don’t overspend based on the app’s incorrect data. There are other budgeting apps available that are far more reliable.
By thebetterkale

App Itself Is Great, Bank Connectivity Could Be Improved

Love the functionality of the app itself. I love that I can characterize my transactions and track how much I’m spending in each category while creating budgets for areas I want to cut down in. I also love that this provides you an “In Pocket” number so I can be sure to not overspend by the end of the month. For reference I have the Pro version and it’s worth it! However I’ve had so many bank connectivity issues. It seems that every other day my Amex has trouble connecting to the app. Currently, some transactions are even disappearing causing my monthly spend to look lower than it actually is. I’ve emailed PocketGuard but they don’t really know what’s going on or why this is happening. I love this app so I’ll add in my missing expenses manually but it’s definitely taking away from some of the budgeting ease the app was designed for.
By MCardoso2019