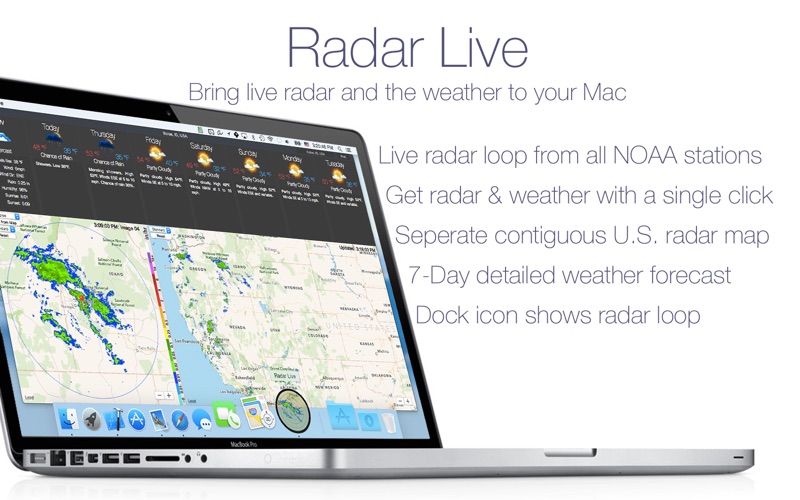 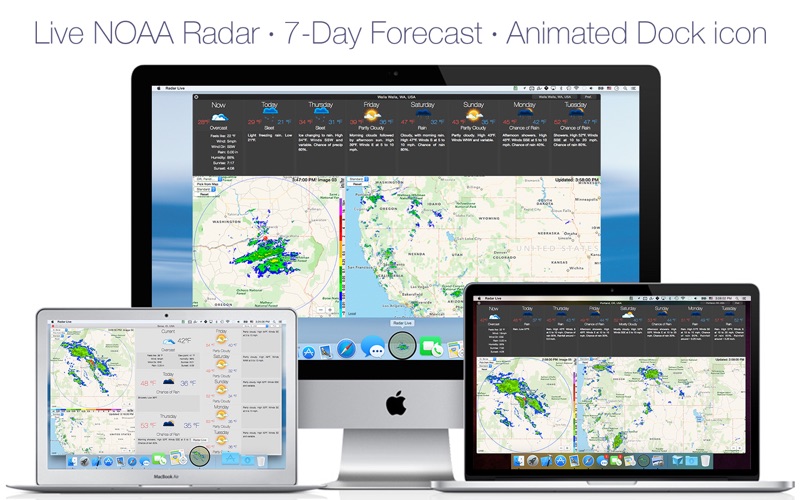 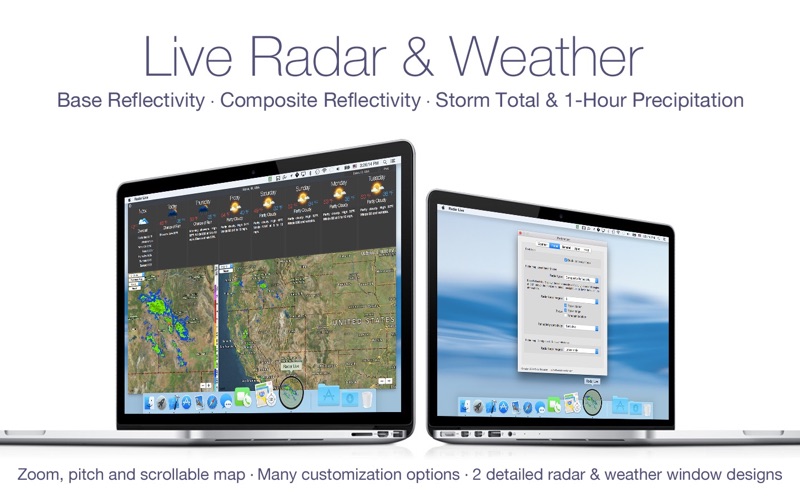 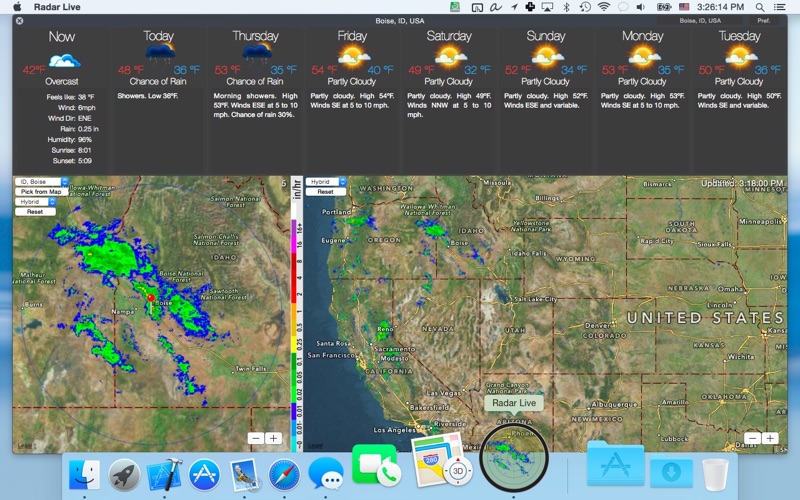 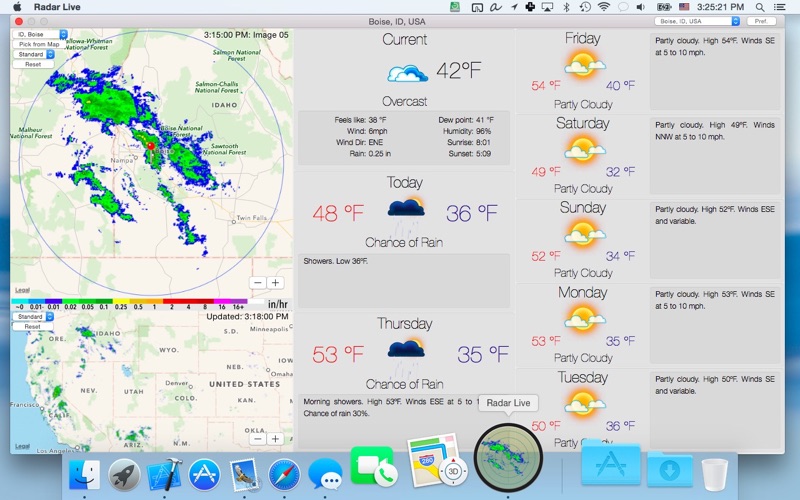 Great weather app for the Mac! Love being able to see the live radar and conditions in the widget. The radar feed was down for a bit, but was fixed fast. Sent an email to support and received a very professional and timely response from Voros explaining the outage. A few days later I received another replay stating it was fixed. Thanks Voros!
By 39MidNite

Maybe its that is running on the new M1 chip and has no functionality becuase of it or maybe its just a disappointing weather app. Not sure.
By DenoWebb

Can I just have my mone back if this is what I'm going to get? I mean, it doesn't even work.
By MeTooAlsoAgain

Not working on Mac

The radar want go live. Guess i made the wrong choice
By wayne 1965 Dam Road

looks real nice ...no radar at all...how do i get a refund!??? I will say the forecast section looks nice and does work
By thebanscout

Has shown the same radar image for days

The app on my Mac has shown the same radar image for several days.
By mzmyewski

What a glitchy, slow product. I have gigabit internet service and this thing still loads slowly and incompletely. Many, much better products available for free that I have loaded on my iPad and iPhone. Of course, Apple will continue to allow this inferior App top placement on the App Store because they make money off of it.
By KaiKelDev

Do not waste your money

rader does not work
By curley dave

Prefer the one on my phone. Easier to use with better features.
By display top 10

Does what I bought it for but would love to see the visible satellite imagery also.
By RegoMac