The carnival for celebrating the 5th Anniversary of Clash of Kings-Global SLG pathfinder is started! Tons of grants are scheduled to show our appreciation to every lord who stands by us throughout these years! The new released battlefield-[Mysterious Sea] is specially prepared for our kings over the world! ※ [Mysterious Sea] has been officially released From the land to the sea, reveals the new chapter of the war! ※ Tons of grants: 1. Free to take massive gold - a total of 5.5 billion gold is awaiting you. 2. Come back and continue to play, you will be sent a piece of the super powerful set-Archangel Scepter as a gift. 3. Permanent castle skin - free to get a 5th anniversary themed castle skin. 4. Deluxe Dragon's Gift: Dragon's Gift Plus, more items in it while the price remains the same! ※ Game quality up: 1. Fully improved the image quality of in-castle and out-castle appearance! 2. The daily quests are simplified. Frees your hands to enjoy battles! 3. A new opening CG, perfectly reproduces the most authentic war! Introduction and notice about the subscription function in Clash of Kings (CoK): 1. Name of the service: Subscription 2. After you subscribe, this service will automatically renew your subscription. If you choose to enable this service, we treat it as you permit Clash of Kings to receive the fee due in advance from your iTunes account (referred to as Account below) before the current subscription is about to end. The pre-conditions for this service to be effective are that the iTunes account which subscribed to the privilege service is also linked to the Game Center ID bound to the above game account. To ensure the recurring subscription fee can be deducted accordingly. If the renewal fails because there are not enough funds available in the above account, you are responsible for any and all issues which can arise from your failure to comply with the conditions of the subscription you chose to digitally contract service for. 3. Within 24 hours before the current subscription ends, the game account which purchased the service of automatic renewal will retrieve the fee for subscription from the corresponding iTunes account. 4. If you want to cancel the subscription, please tap the Setting of your iPhone-->iTunes Store and App Store-->Tap on "Apple ID"-->"Check Apple ID"-->"Account setting" page-->tap on "Subscription" and choose XX to cancel the subscription. 5. If you don’t cancel the subscription at least 24 hours before the current subscription ends, the subscription will renew automatically. 6. The time of deducting your balance might be different from the time when the renewal takes effect. This happens because subscriptions are renewed in advance of the date due. If you encounter this situation, please wait patiently. 7. For more information: http://www.apple.com/legal/internet-services/terms/site.html Terms of service http://www.elex-tech.com/Index/service 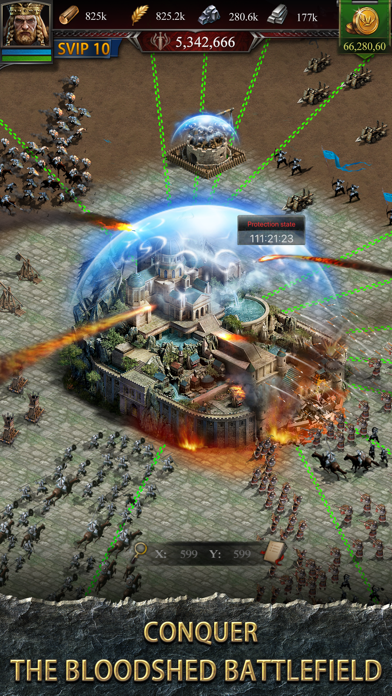 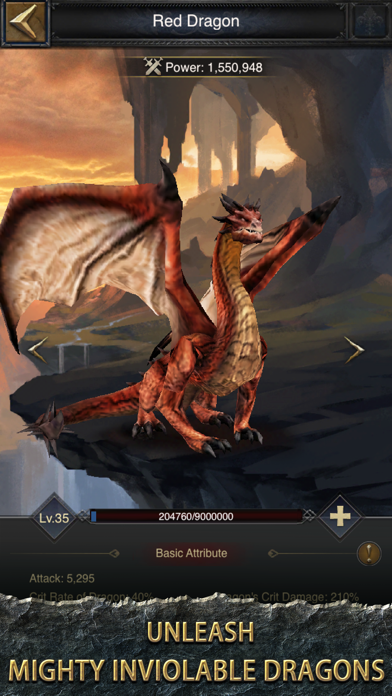 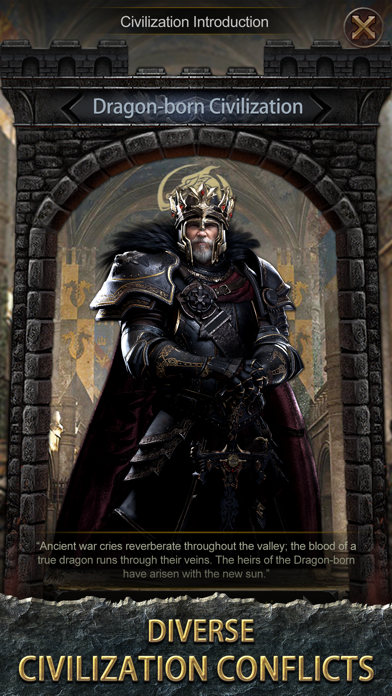 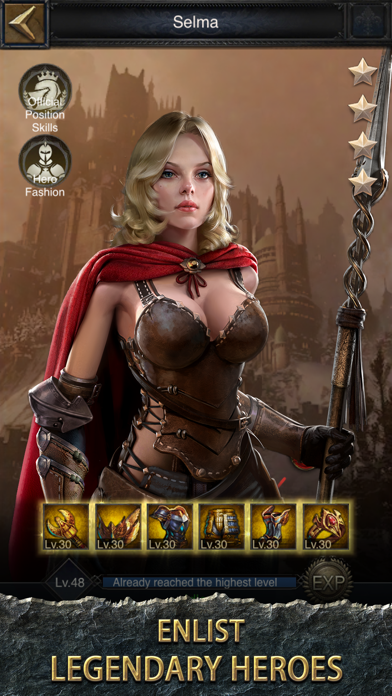 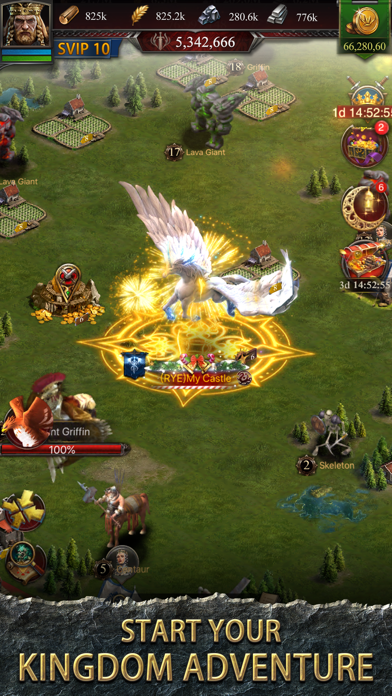 Didnt play the game. Only downloaded to point out that it’s called cok. Haha
By Messi Hair

It’s so hard to stop you get to build and upgrade you troops and buildings the more you upgrade the more cool the troops,buildings,and castles look no bugs that I can tell.
By Samsons the Bob Simpson

I bought a pack in the game in a different castle by mistake. I keep emailing customer service. They keep asking me same questions again and again. It’s been 4 days and they haven’t solved my problem yet. All I wanted was the pack to be re-delivered to a different castle. Customer Service is very poor... Kingdom: 1541 — Lord Name: Mr.Mute
By Mr.Mute #1541

Continuously introducing events and monthly themes. Everything seems good except for rewards from killing monsters and attacking campsite. We don’t receive what’s supposed to get.
By Minorway

Thanks to the occasional game lag I accidentally just paid a wait time off for just under 20k gold cause the placement of the pay in gold button is over the research button and I am almost out of gold now. Thanks guys!
By DeadlyPeanuts

So I actually played this game a few years back and honestly, it was great for a while! My brother told me about how fun it was so I decided to give it a shot. I met a ton of awesome people and the community is pretty cool. The game itself is super interactive and I had a blast building my small virtual empire. I eventually worked my way up into high ranks and it was badarse. 5 stars to the game play! HOWEVER, the reason myself and many others quit was because we began constantly being taken over by players hacking the game. I would work really hard training troops and preparing for battle, then the next morning I would wake up to everything on fire and my neighbors burnt to ash. Always by the same people too which is just incredibly frustrating. It made me want to weep and so eventually, it irritated me to the point of either chucking my phone against a wall or deleting the app. I chose the latter. I wanted to download it again during this quarantine but based on the recent comments, it seems like it hasn't changed. -2 stars. Please do something to fix this! It's not fair to those who actually work hard, to then be pummeled by others who cheat.
By Tabby Gherasim

Since new update I can’t log in. Kvk week and nothing. Please fix and I’ll rate better!!
By prettyplease01

I like your game, but people in the chat are jerks and I want some banned permanently since they can’t behave
By Outsteel