For beginner singers or those who want to be heard - Pro Microphone. Make your voice sound louder! Such an awesome tool for rehearsal or singing exercises, for concerts or karaoke parties. Sing and save all of your songs and choose different mics to match your mood! Professional studio microphone which is always with you. VARIOUS MIC TYPES - Dynamic, stage, valve, condenser and others; - Each of them has its own sound effects! - Detailed information about each mic with its frequency response. SPEAK, SING, RECORD - Recordings and loops with multiple slots; - Your own backing tracks; - Equalizer and automatic saves; - Metronome, just not to rush and enjoy it ;) ... And that's not all! Just check it! It's your time to shine and show your hidden talents! Focus everybody's attention on you with the Pro Microphone. Privacy Policy: https://musicparadise.mobi/privacy Terms of Service: https://musicparadise.mobi/tos 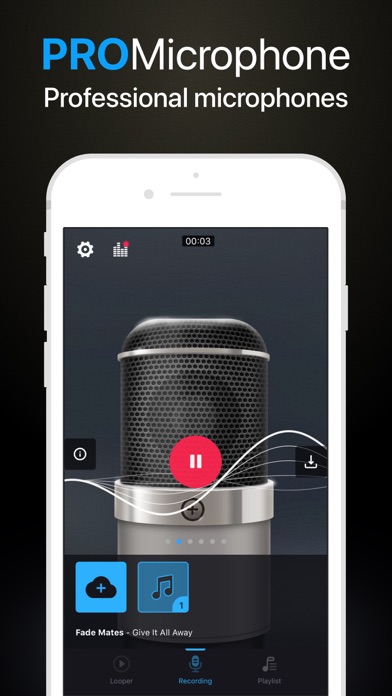 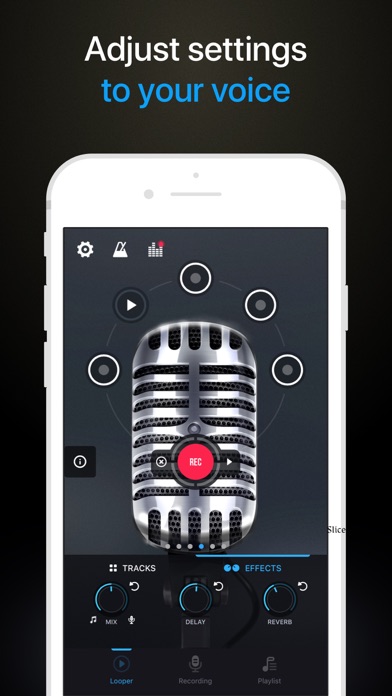 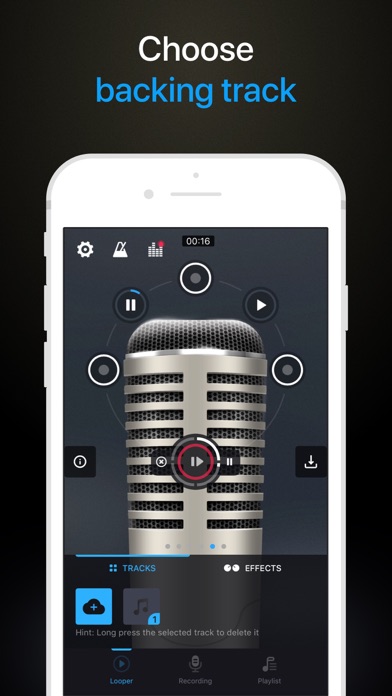 I just downloaded it and it’s already terrible! As soon as I went in it gave me the premium thing and I couldn’t find the x button so I couldn’t even play I would recommend not playing this it’s terrible!
By gxhdhdhidkwbdhdhxbd

This app is horrible , not worth paying for .
By RAIN- MMARRUFO111

Well, you go into the app, then there is this HUGE ad that wants you to get their year long subscription. I don’t know how to get past this... there is no visible ❌ I can click to get out of the ad...? Not sure what to do. Find a different app. (Unless you want to be paying 25 dollars for the subscription) Please do not waste your time and money on this. Can I rate it zero stars???
By ✧Leo✧

Once I downloaded it, it said that I had to buy a membership. So I tried to exit out of the app but when I clicked on it again it also ask me to buy a member ship for $24.99.I shut down my phone opened it up again and it still ask me to buy the membership. I was getting annoyed at this point because it doesn’t work like it supposed to. I don’t recommend this app if your looking for a singing app.
By Kinsey Theodarkis

There’s no button to not buy the subscription.
By Ygsalty

I did not know how to use this app and I clicked on the tutorial and it gave me no instructions.
By JoeLloyd

I wanted to record a simple diss track so I downloaded this app and I recorded it but the quality of the recording is just like if I used the video function that I get for free on my phone wast of time to get this app and money
By Minecraft God!!!

So, I really like this app. I can record everything I want to, and it’s exactly what I downloaded it for. The problem I’m having is the fact that I cannot delete any of my recordings anymore, or even click The three dots used to get there. I have tried lots of stuff, I’ve reloaded the app, which took some effort because I had to record the audio on my other devices, as to not lose my special recordings, but nothing has worked. But overall, the app is exactly what it says, and I’m giving only four stars, instead of five, only due to the fact that I cannot share or delete any of the recordings, among other things.
By Rewakagirl