The wildly popular Toca Kitchen is back! With new guests to cook for, more tools to play with and new food combinations to test out, Toca Kitchen 2 invites all chefs to get messy and start playing! GET CREATIVE Who said dishes have to be pretty and tasty? In Toca Kitchen 2 you can cook however you want! Juice tomatoes, boil the salad or make a burger. Come up with your very own recipes and treat your guests to something special. MAKE A MESS With five different kitchen tools to choose from, you have the perfect setup for preparing fun foods! Load up with your favorite ingredients, add a squeeze of messiness and finish off with a pinch of weirdness. Time to let your guest have a bite! Was it a winner? WATCH THEIR REACTIONS Discover your guests’ preferences by watching their reactions. Oven-baked fish head with fried leftovers and lettuce juice coming right up! Oh, they didn’t like it? Try adding some salt. It’s fun to get the “ew”! Features - New ingredients in the fridge - New characters to feed - Stronger character reactions - Five kitchen tools to cook with - New juicer and oven - No rules or stress - just open-ended, kid-directed fun! - No third-party advertising - No in-app purchases *** ABOUT TOCA BOCA At Toca Boca, we believe in the power of play to spark kids’ imaginations and help them learn about the world. We design our products from the kids' perspective to empower kids to be playful, to be creative and to be who they want to be. Our products include award-winning apps that have been downloaded more than 130 million times in 215 countries and offer fun, safe, open-ended play experiences. Learn more about Toca Boca and our products at tocaboca.com. PRIVACY POLICY Privacy is an issue that we take very seriously. To learn more about how we work with these matters, please read our privacy policy: http://tocaboca.com/privacy 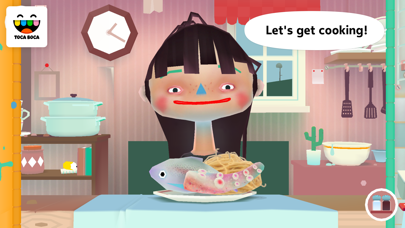 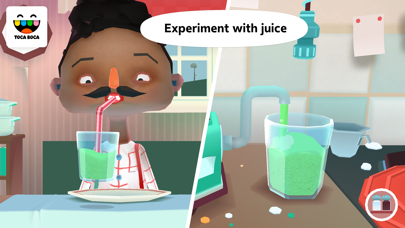 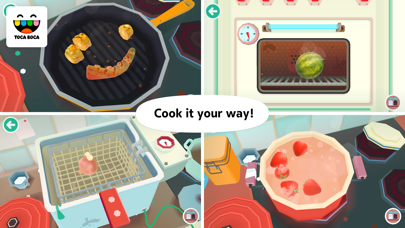 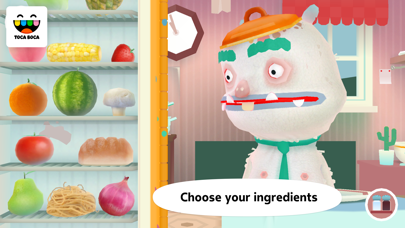 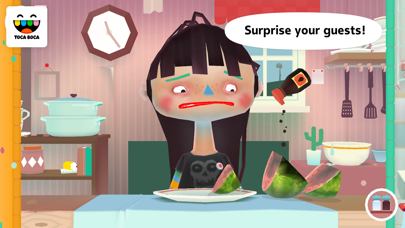 the sounds are so asmr and its so relaxing
By alkinakitty82

Great app but it won’t load :)

Get now it’s only 3:99 wow only 3 dollars it’s rlly cute just like the first one they made,GET NOW OR MIsS THe FUN!
By Animal jam jammer

Here’s what i think food that should be add in game 😋 1.Banana Fruit that monkeys like 2. Lemon in the monster edition and the Toca kitchen 1 has lemon but Toca kitchen 2 was now used as a topping but i still want lemon to be add i could just pour water and squeeze the lemon to make lemonade but i want lemon back 3.Add Tofu !!! Tofu is made out of soy! Update Idea: Make food stand on other food so it look more cool 😎 Like when you try to make a hamburger but the onion the tomato bread and meat doesn’t stand on the food i want it to be on! Also Make it flip like the meat the meat was in a 2d way and i want to flip it to make it look better in food That’s all Great game i been playing this and wanting this game for a very long time ago! and now i still play it Hope you can add the food and the update if you can’t that’s ok! It’s fine to have foods or cool update. Hope you can add it!
By exlodess

Toca boca is a good game but the girl dosent

Hello, this is a wonderful app but I would like for more updates but it is a amazing app!
By lille lala land

Great for kids and adults

my 8 year old cousin always wanted to play on my phone, but i had complicated and 18+ games. i found this game, and i payed the 2 dollars because it had good reviews. my cousin fell in love with it, but now i’m addicted! great job
By readyUUUUPPPbro!

Having a microwave or dare