Show your money who’s in charge with the budgeting app you’ll actually use—EveryDollar! Create budgets, track spending and save money with ease. Use EveryDollar’s zero-based budgeting method to give every dollar a job, just like bestselling author and money expert Dave Ramsey teaches. Because you work hard for your money—your money should work hard for you. Every. Single. Dollar. Listen, there are lots of budget tools out there. But if you want to turn your money goals into money realities, you need EveryDollar. Customize your budgets. Check in throughout the month. Share across your devices. This is your budgeting app. All new users get a free trial of the app’s premium version—EveryDollar Plus. This upgrade lets you connect your bank to your budget. Transactions stream right in. You just drag and drop them to the right spot. Upgrade at any time from the app’s main menu. Millions are already using EveryDollar to budget, bust down debt, and build savings. Join this money movement so you can finally get from where you are to where you want to be. Key Free Features: Budget ** Create your custom monthly budget in minutes. ** Access your budget through the app or desktop browser. ** Adjust or reset your budget throughout the month to keep up with real life. ** Stay secure by signing in with Touch ID. Track Expenses ** Track spending on the go. ** Split expenses across multiple budget items. ** Check in on spent and remaining amounts at a glance. Connect With Service and Savings Experts ** Find trustworthy experts in real estate, insurance and tax services through our Endorsed Local Providers program. ** Ditch third-party advertisements, because EveryDollar doesn’t play that way. Upgrade for Exclusive EveryDollar Plus Features: ** Connect to your bank so transactions automatically stream into your budget. ** View your account balance in the app. ** Get priority and callback support. ** Score access to Financial Peace University—our course on debt, savings, retirement, insurance and more. Show your money you’re the one in charge. Download EveryDollar today. Privacy Policy: https://policies.ramseysolutions.net/privacy-policy Terms of Use: https://policies.ramseysolutions.net/terms-of-use 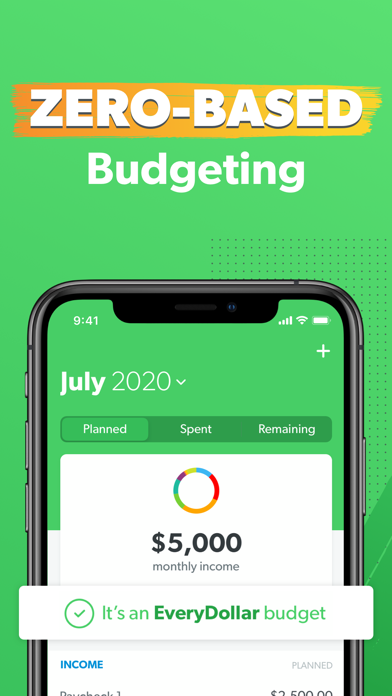 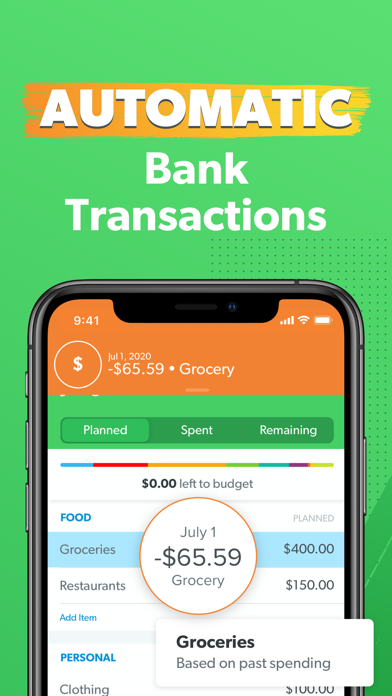 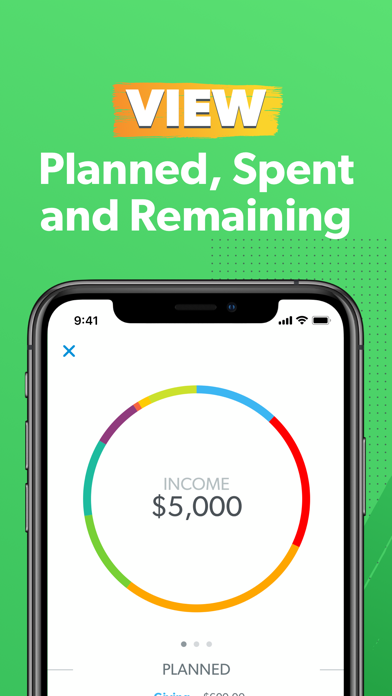 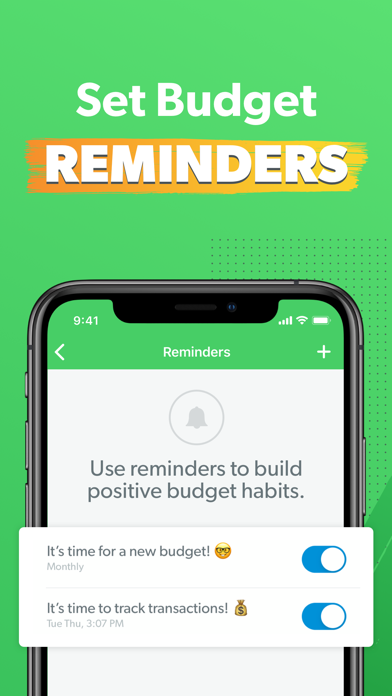 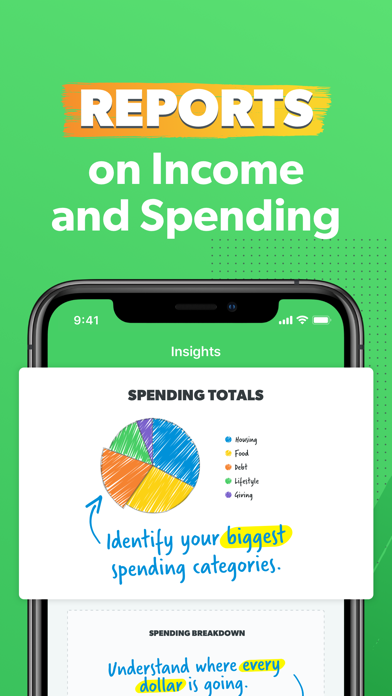 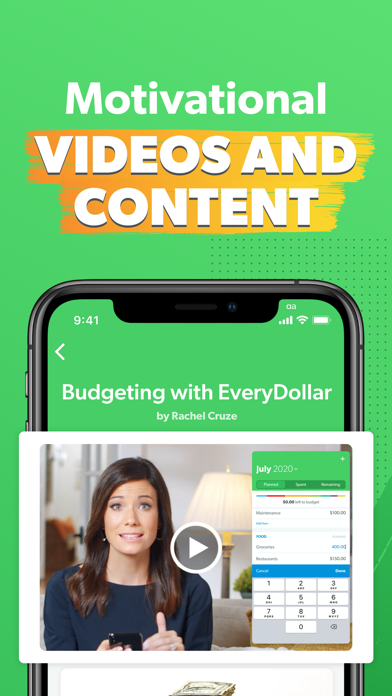 Waiting for fix since April....it’s July

The IT staff are either inept or lazy. After spending well over $100 for a yearly membership. My banking app updated in April. Every Dollar has not worked since. At first Every Dollar blamed my bank; nope, I have confirmed multiple times with the bank’s IT department (neither lazy nor inept) this is not the case. I have been contacting Every Dollar every couple of days since April, and each time I get the same “a few weeks.” I paid for a year membership that lasted for 3 months. Dave Ramsey should be embarrassed to put his name on this crap. At this point, I can’t get my money back and I have spent HOURS trying to get this to work. Next is trying to dispute the charge with the credit card company I guess...
By Tinkerbellaz

This app is almost perfect. Only 1 issue that I know of, “fund” as in make this a fund, here’s the problem, every payday I budget to put money INTO my FUNDS, but the fund itself says expense or income, so I have to budget to put money into a fund, but it shows as taking money out, instead of in, if I list it as income that messes it up also, so something is off, it would be a minus from my budget but should be a plus to the fund, and it doesn’t work that way, it’s so post to carry month to month so it grows until (for example “property tax bill is paid in full”, because I’ve been saving all year for it. This is actually not a new issue, either it’s not explained well enough or it’s not working as it should. The please help me get this resolved.
By Debt Free Is Less Stress

Update: I decided to give the app another chance, so I reached out to support to see if there was anything they could do about the fact that I couldn’t connect to my banks. On one bank, the problem was that my bank had made some changes to their website making it harder for them to connect, and their engineers were working on it. That’s obviously not the app’s fault, so I don’t blame them for that. On my other bank, they offered no solution but said there was nothing they could do, and asked me to make sure I was using the right login credentials, which I was, because I was having no problem logging in to the bank’s website outside of the app. So the verdict is that app is still unusable to me, and support either can’t or won’t fix it. I’m disappointed because I really hoped this app would be helpful. ******************* When I first downloaded the app and started setting it up, I was so excited about it. I thought it was really going to help me. I was ready to pay the $130 for the upgrade and started the trial so I could link my bank accounts. But neither of my bank accounts would link, I just got weird error messages, despite the fact I knew I was using the right login credentials. I’m not about to pay $130 for an app that doesn’t even work right. I could contact support, but just the fact that I have to do that in the first place for two separate banks makes me not trust that the app is well-built enough to be worth the money. I guess I’ll be going back to Mint.
By AmyB8484

I love how simple this is and how it keeps you on track with your spending.
By levial123

Love to see the new interface for the iPad, would love to see landscape support. Thank you for this great app!
By yandi3401

Having continued log in issues with bank
By Jkr5100

I changed some of my expenses to funds so I could track them but 2/3 aren’t working correctly. They don’t count the payment to the fund if I add it as an expense and double the amount if I label it as an income.
By echos_of_truth

Great program but the paid app’s lone advantage is to feed transaction data from your bank to the app but it’s ridiculously unreliable. When it successfully establishes a connection to your bank it’s a great experience but unfortunately that’s a rare occurrence. For $99/yr this feature needs to work ALL THE TIME.
By Johnnyreach

I used to really love this app and using it to track my budget, but lately I’ve been having so many problems with it. A bunch of my transactions have been coming through with duplicates. I’ve checked my bank and it’s not coming from them so obviously the app is having some issues. Would love this to be looked at.
By Molly-Duplicate Transactions