This is budgeting that doesn’t suck. Get started with EveryDollar in about 10 minutes. Build your first budget, customize categories, track expenses, set up savings funds—and more! EveryDollar has helped millions of people learn to love budgeting by taking the stress out of planning and managing money. You’ll be amazed how much faster you can reach your goals—just by budgeting with EveryDollar. Make EveryDollar Work for You You give every dollar a job (see where we got the name?) BEFORE the month begins so your income minus your expenses always equals zero. It’s called zero-based budgeting, and it’s the best way to budget. No complicated percentage-based or “month ahead” planning required—just simple budgeting that works. Find and Save More Money When you start to tell your money where to go instead of wondering where it went, you’ll feel like you got a raise. In fact, budgeters “find” an average of $332 in their first month using EveryDollar. Key Features: Budgeting Made Easy - Create a monthly budget in just a few minutes. - Customize your budget in a way that makes sense for you. - Set up savings funds and goals for larger expenses. - Check your budget from anywhere through your desktop browser or the mobile app. Expense Tracking - Add expenses on the go from anywhere. - Split receipts and expenses across multiple budget lines. - Set due dates for regular bills and expenses. - Check your remaining item balances at a glance. Connect With Trusted Experts - Find a local real estate, insurance, and tax professional through our Endorsed Local Providers Program. - No third-party advertisements—just experts that will actually help you with your money. Upgrade to Get Premium Features - Connect to your bank for automatic transactions straight from your bank account. - See custom reporting on income and spending habits. - View all your connected account balances in the app. - Export transactions and download as CSV. - Fast-track your debt payoff with automatic balance updates. - Get priority callback support. - Unlock premium content and courses, including Financial Peace University. - Set due date reminders three days before a bill is due (iOS only). Download EveryDollar and start budgeting today. 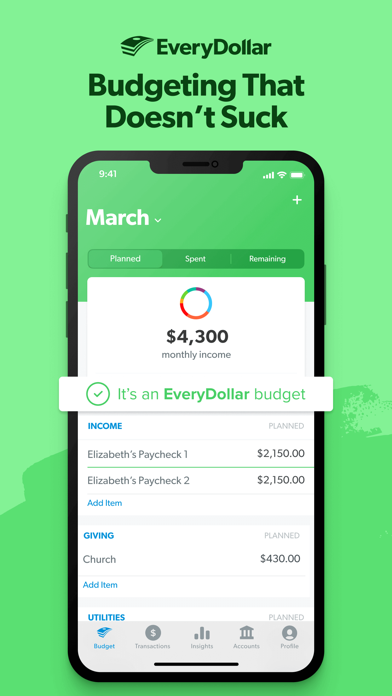 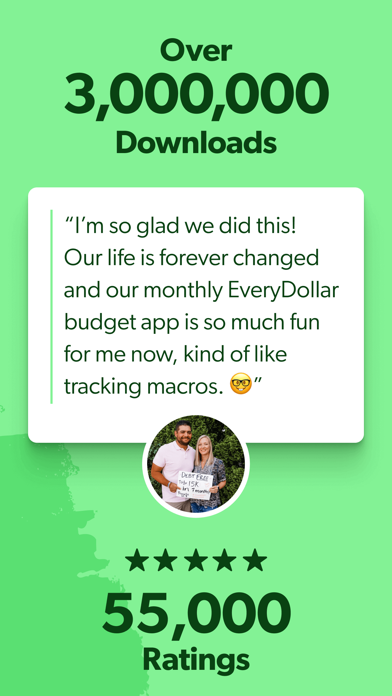 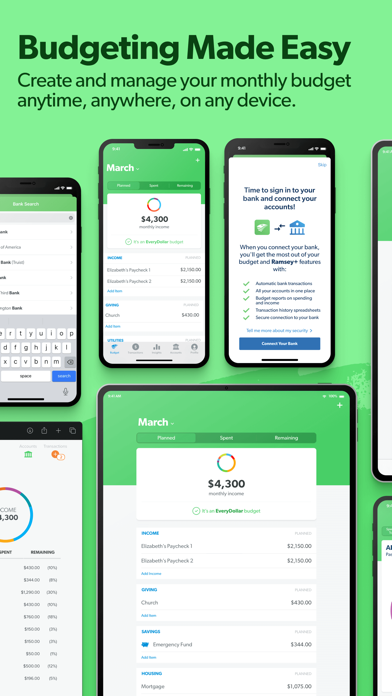 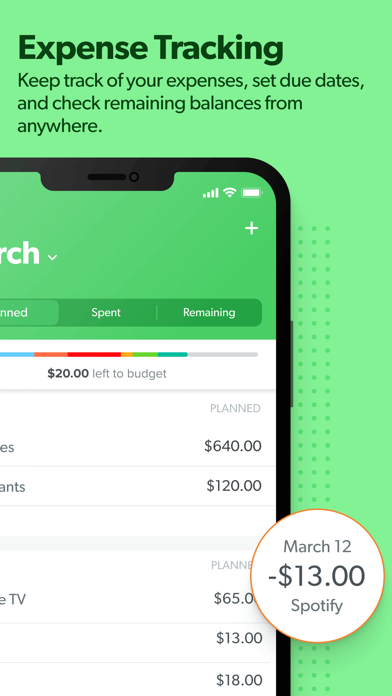 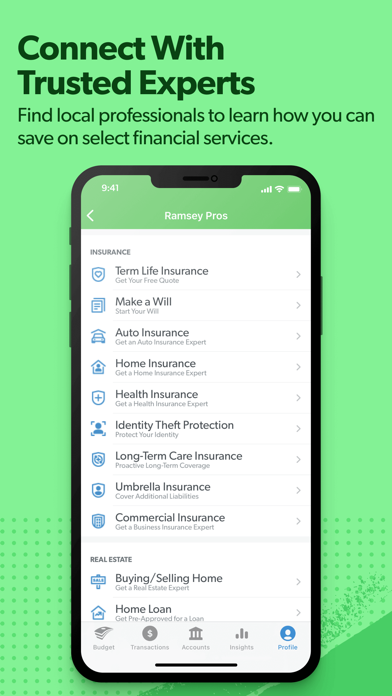 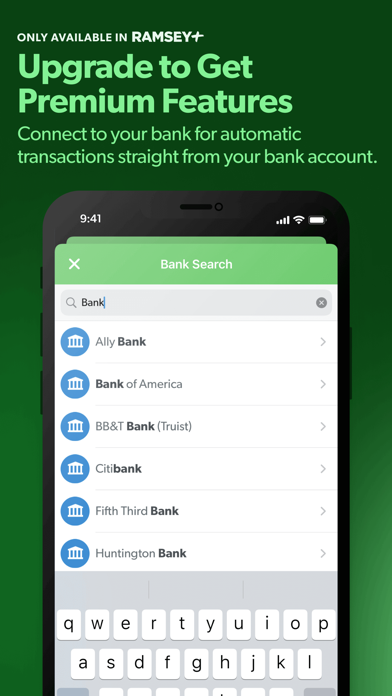 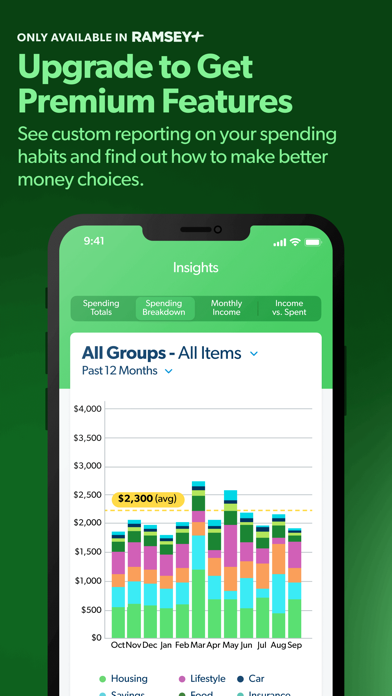 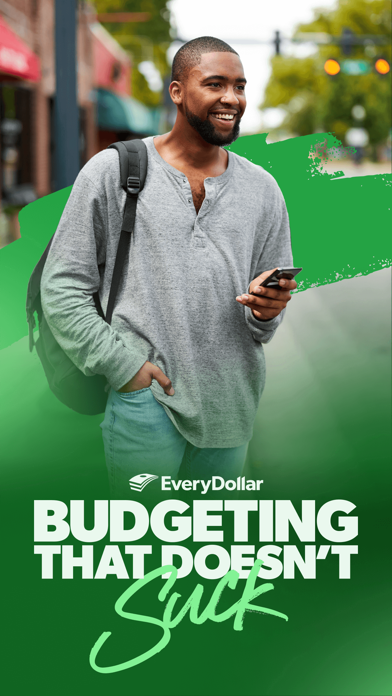 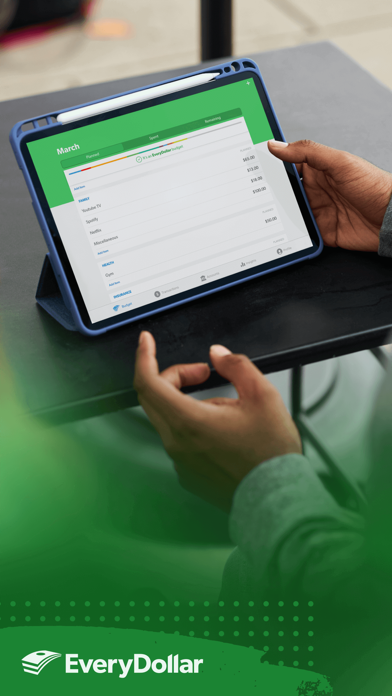 Great but Plus is too expensive

I love the app, but can’t believe the Plus version costs me $129 PER YEAR!! Yikes. That’s over $10 per month. Crazy. And very surprising coming from an organization who’s mission is centered around budgeting and reducing costs for the average family.
By scott miami

So I’ve just started going through Financial Peace University and even this app, EveryDollar, has helped me to become SO much more organised. Naturally, I am not a very organised person so it’s a lifesaver! If you have never used it before, I would highly recommend it. You don’t know what you’re missing!
By kbrowning_92

I’ve been using this app for years. It worked really well until recently. I’ve had the paid version the entire time. It’s now painfully slow. Categorizing one transaction requires waiting 45-75 seconds while watching a spinning wheel of death. It used to happen instantaneously. And the app now downloads transactions twice - once when the transaction posts and a second time several days later. So I must spend time deleting all of the duplicates to avoid over-stating my spending. This takes an extraordinary amount of time to accomplish because the app is now so SLOW.
By MT Traveler

I’ve had this app since 2017, I use it nearly every day, very helpful for someone who is new to budgeting or experienced, it does all the math for you. Get this app!
By Gimpelson96

Looks like in the app and how you can customize it to your household. Started using the online version and tried to pair things up and all of a sudden I lost everything on the app version. Not really sure what happened and I’m kind of frustrated
By vdm_sc

I love the app need one more thing

I am loving the app, I just would like to have the ability to see the budget to reflect the current paycheck. For instance, it says I have $2000 left but really that paycheck hasn’t hit my account, so it should tell me what I really have left for that paycheck.
By sferreirac

I have been using this app for 3 years now as I have loved the simplicity of tracking expenses. I love that you can customize it, see how much you are spending in each category, and how much your total income is/ month. I have also recommended the app to several people. HOWEVER,I’m so sad to say that just recently (Jan 2022) there is now 5 advertisements on the budget page- that’s one per time you scroll! It makes your budget page chaotic. Sadly, I will need to look for a different budget app because of the placement of their advertisements.
By Jess 🥳

This USED TO BE awesome. Very reliable. Life changing. I think it was updated and, like others have mentioned, has not worked well since. Repeat downloads of transactions …. or no downloads at all. This is the paid version. Very disappointed.
By Jacs2517

I had never done a budget. Then I found this amazing suite of products. It is clear and concise. I wasn’t lost creating my budget. The step by step instructions made it easy. Worth it!
By Huge Sunbear

Free version is great - Not worth the money

I’ve been using this app for a year, and recently decided to buy Ramsey plus to track transactions. Unfortunately, it doubles transactions and does not regularly update. For example if I buy something a Walmart there’s one transaction labeled as Walmart and one labeled as debit purchase. I’ve tried closing and opening the app, but still no update. So one day I might have 6 transactions to categorize, then suddenly I have 48 (because of lack of update and the doubling?). These will often include transactions from weeks ago. This is counterproductive to what linking your bank account is supposed to do. All that makes extra work, and is counterproductive to the purpose of linking bank accounts.
By Married + 5