Snap. Tap. Done. Snap a photo of your W-2 or 1099-MISC, answer simple questions about your life, and e-file securely from your iPhone or iPad. Free to start, pay only when you file. TurboTax coaches you every step of the way and automatically double-checks as you go, so you can be confident your taxes are done right. Join the millions who file taxes with the TurboTax mobile app – free to file for simple tax returns.(1) KEY FEATURES • $0 Fed. $0 State. $0 to File your simple tax returns. • Start for free - pay only when you file your tax return or pay for TurboTax using your federal tax refund. Fees apply.(2) • Connect online with Real CPAs or EAs for unlimited tax advice and even a line-by-line review, so you can be 100% confident it's done right. • Maximum Refund Guaranteed - On Average $3,284 • Get your taxes done right anytime from anywhere. Seamlessly switch between any device and securely pick up right where you left off when it's convenient for you. • Snap. Tap. Done. Driver's License or State ID scan + W-2 Snap and Autofill + 1099-MISC • Up to a 50% head start on your taxes with year-over-year data transfer of your prior TurboTax return • CompleteCheck™ – Get the green light to file. Before you file, CompleteCheck™ will run an in-depth scan of your return and guide you through any final changes so you don't miss a thing with accuracy guaranteed. • Push notifications - We'll make it easy to stay informed about your e-file return status with notifications sent straight to your phone or tablet. • Face ID, Touch ID and Passcode - Get secure access on your mobile device using the latest technology. See full disclosure and disclaimers here: https://turbotax.intuit.com/corp/mobile-apps/turbotax-disclosures/ 1 TurboTax Free Guarantee – $0 Federal + $0 State + $0 To File offer is available for simple tax returns with TurboTax Free Edition; offer may change or end at any time without notice. A simple tax return is Form 1040 only, without schedules 1, 2, or 3. 2 TurboTax pricing is based on your tax situation and varies by product. Actual prices are determined at the time of print or e-file and are subject to change without notice. Special discount offers may not be valid for mobile in-app purchases. Offer details and disclosures for Refund Advance program, visit: https://turbotax.intuit.com/refund-advance/ 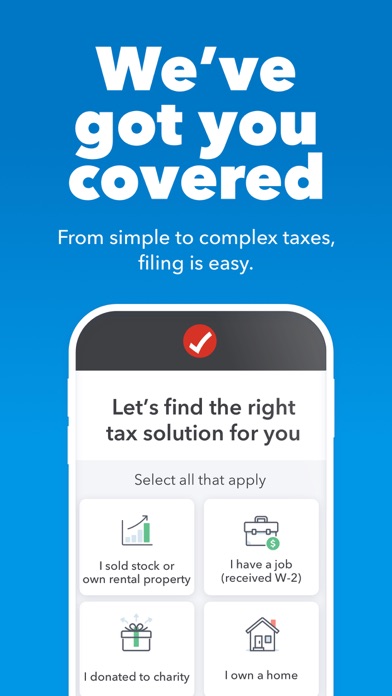 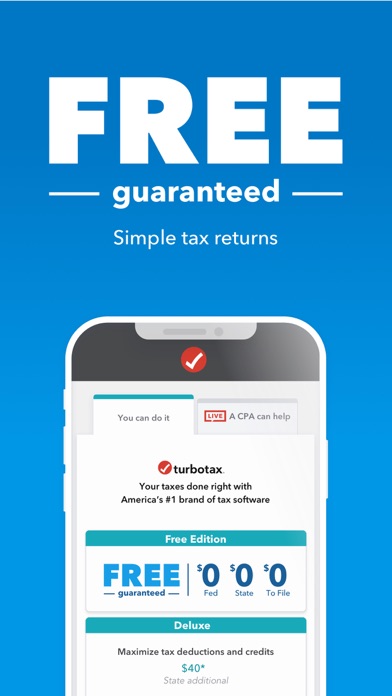 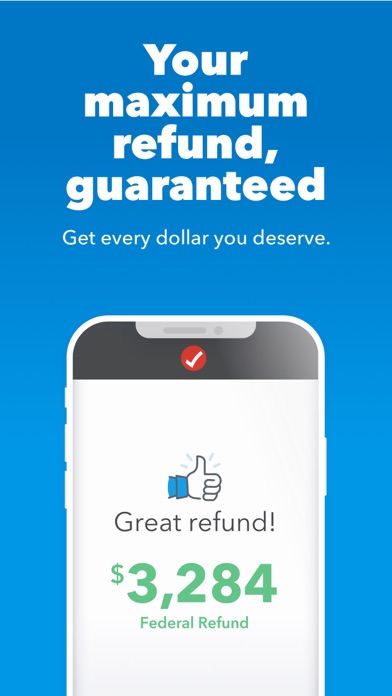 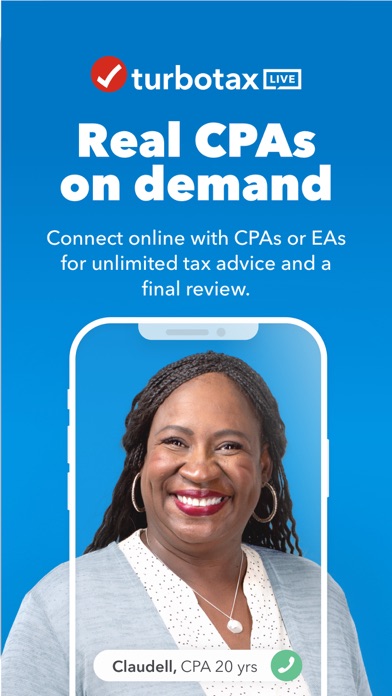 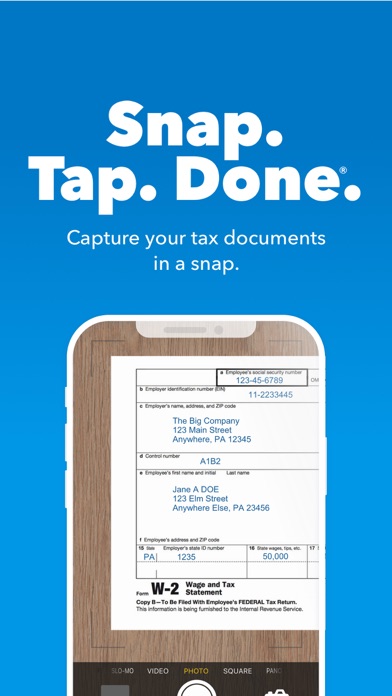 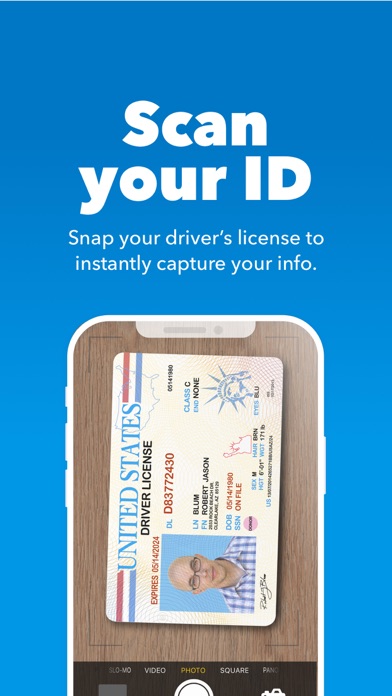 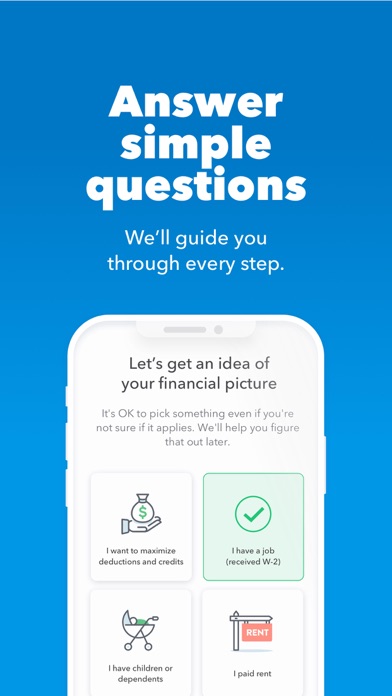 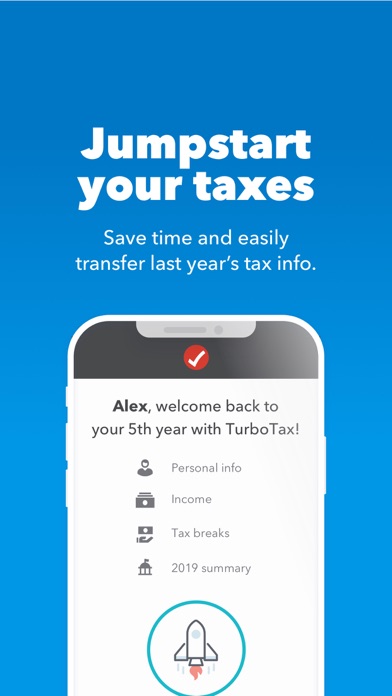 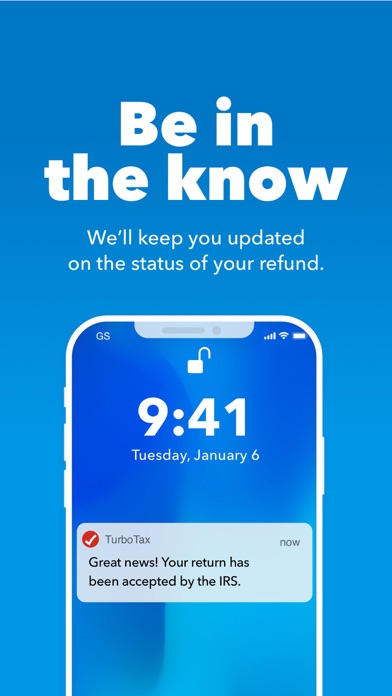 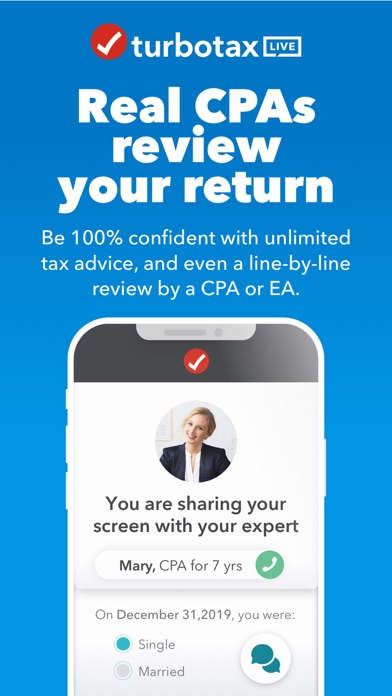 After hours of doing my taxes through the app and agreeing to pay $80 to do my state and fed tex there was another $40 charge that just said “taxes and fees” that I was never made aware of until I had finished everything, giving me no choice but to agree to it since I had spent all that time and didn’t want to waste it. So, next year I’m using H&R Block. Don't care if they cost more, at least they’re saying they’re up front.
By problemsss

I started using Turbo Tax in The late 1990’s in 2008 I started buying Audit defense in 2009 I noticed mistakes on my family’s return. (Or I should say the government found the mistakes and it cost) then in 2011 another mistake was done I had gone through the return over 4 times and it would drop an amount that was similar to another taxable earning finally it would keep the amount so after getting the same results several times in a row I sent the paperwork in to the state and feds then 2 yrs later the IRS says we did not report our earnings correctly So I called their Audit defense and they said oh we do not handle that any more . And we could not get any representation that I had paid for turbo tax was like oh well . And refused to refund the money we paid for the service. I HATE TO LEAVE THIS TYPE OF BAD REVIEW BUT THEY EARNED IT .
By JP_Mc

Clearly the bug you claimed to have fixed you haven’t fixed all I get is a white screen
By "/@:&;)

Current app updates to Turbo Tax 2019 is not allowing typing or adding in info from my W-2 form, nor my insurance interest, donation, etc. Please fix this.
By Rock-Metal-Pile

called 4 times getting services about the app not moving forward and the person on the other side just trying to lecture me about what they think might be wrong. They are like the textbook version of “Worst Customer Service“ beating tmobile by a beat. Also i was told apple pay is not an option with turbo tax so why is the apple pay CTA IN YOUR FACE IN THE PAYMENT OPTION？：）basic UX
By Orange mei

This app is so convenient

Downloaded it and it doesn’t make it past me putting in my log in. Just a blank screen. Waste of time.
By kayonye

Cant go back to free version