Note: Please don’t download MOMO if our 5 min. per day trial or $10.99/mo. subscription (less than 2 trades/month!) doesn’t work for you. MOMO is a unique stock tracking tool that finds market breakouts and alerts you to rapid swings that could benefit or cost your portfolio thousands over the cost of a MOMO subscription. MOMO app reviewer quotes: "Learn more about financial markets in 5 minutes than all day watching a stock ticker." "The must-have app for anyone who is actively invested in the stock market" "Fastest way to find winners" "The perfect companion for desktop traders without high/low stock apps” “It’s like night vision for the stock market." MOMO: Profit from Momentum Missing out on that biotech stock launching into the stratosphere? Looking for after-hours action during earnings season? Or are you simply tired learning of stocks making huge moves hours after they happen? Professional traders have used desktop tools like MOMO for years and we are excited to bring MOMO to iOS so now everyone can uncover new stock opportunities as they happen. Why MOMO? As active traders, we grew tired of being bound to our desks because we didn’t have the mobile stock tools needed to help us effectively track the market. We built MOMO to help us discover opportunities on the go, monitor after-hours activity, and occasionally go out for lunch. How does it work? Why highs & lows? With over 7000 equities and ETFs in the Nasdaq and NYSE it is impossible to find those stocks breaking out using a watchlist or stock ticker. Watchlists don't highlight change and tickers are impossibly slow. By focusing on highs and lows you are informed only stocks with material change, allowing a broader view of entire market. MOMO is a new and incredibly powerful way for those wanting to better track the market -- ideal for the active trader looking for new trades or concerned investor wanting a real-time pulse of the market. A few awesome features: Stock Alerts - We've built the easiest way to set alerts in all of finance. Features include iOS notification integration and alert sensitivity. Filtering - Screen by price and sector to focus on stocks that matter to you. Extended Hours - Pre-market and after-hours support let you watch earnings or stock impacting events where ever you want. StockTwits - These guys hound the news and quickly post the latest stock market events. If you see an "ST" icon next to a stock in the MOMO stream -- it means it is also trending on StockTwits and worth researching. 52 Week Highs/Lows - Whether a technical or psychological factor, if people pay attention to it, it matters to us. Messaging - In two taps, share the next NFLX, AMZN, or TSLA with your buddies to tell them it's on the move. Supports iMessage, SMS, email, Facebook, Twitter, and StockTwits. Yes, our trial process is unique. We want you to love MOMO; so use it every day for up to 5 minutes until you decide you want unlimited access. (Note: Whether using the 5-minute daily trial or a subscription; you receive a real-time experience with no ads, distractions, or registration.) Pricing: Monthly Subscription: $10.99 - Unlimited access Quarterly Subscription: $22.99 - Unlimited access (over 40% savings) Yearly Subscription: $74.99 - Unlimited access (over 75% savings) Subscription details: - Payment will be charged to iTunes Account at confirmation of purchase - Subscription automatically renews unless auto-renew is turned off at least 24-hours before end of current period. - Account will be charged for renewal at same selected plan rate within 24-hours prior to the end of the current period. - Subscriptions may be managed by the user and auto-renewal may be turned off at the users’s Account Settings after purchase. - Any unused minutes of daily free trial will be forfeited upon subscription purchase. Questions & Support: http://www.mometic.com/#contact Privacy & Terms: http://mometic.com/Privacy.html 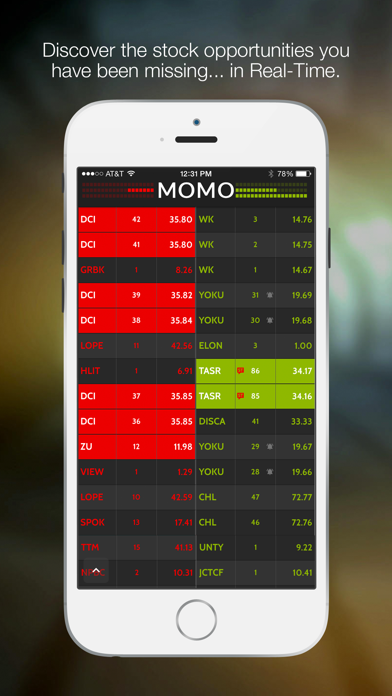 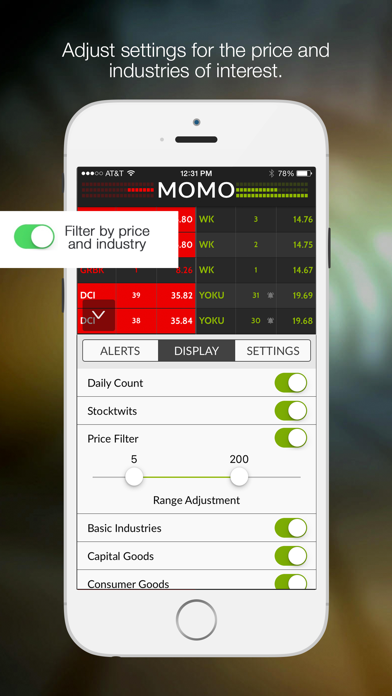 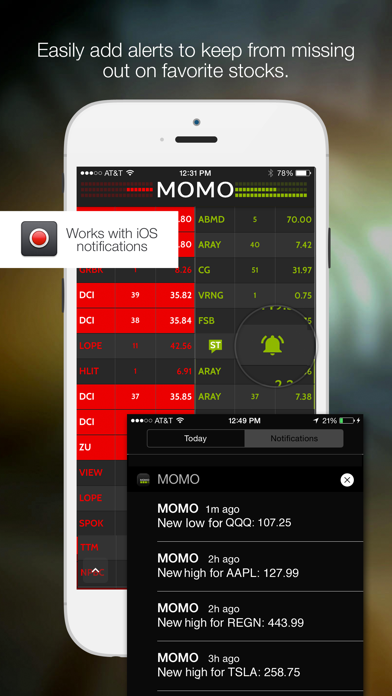 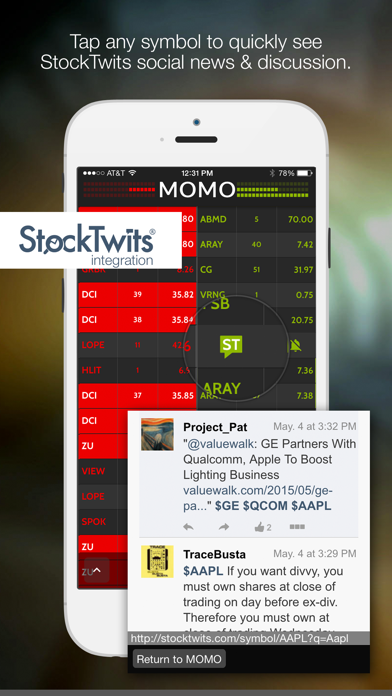 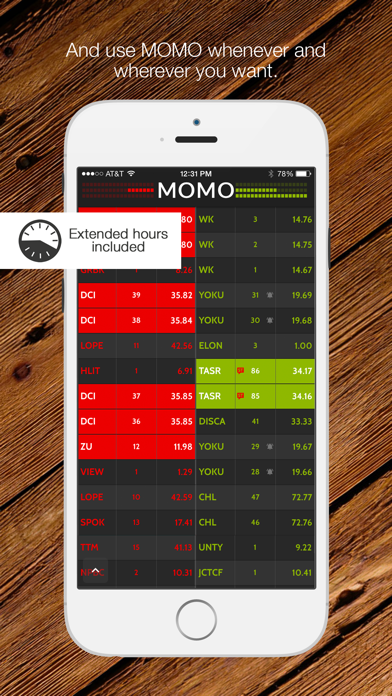 I bought Momo Pro for the desktop. I can’t find a why to sign in without having to buy another subscription.
By ikari2_2000

Gets you to the Money fast!

The App may not be as perfect as most want it to technically be, but Technically Speaking It Gets you Consistently where the Action is ! Front & Center! Who wants to be a side bettor in the crap game, this ain’t for the faint of heart or a trader that don’t believe in their skill set, It’s Fast and to the Point 👉🏿💰! I had fast, almost immediate answers e-mailed to questions about the App, It also paid for itself on day one of full use! I came in a skeptic 🤨, and am now a Fan! Yup 🚀🚀🚀 💎 🤚🏿 💎
By optionswinner1

This app had great potential, I would add a module to allow the user to customize what the scanner results will return. This would greatly increase the value to your user base.
By md_129

Not a real hard decision. Found several runners that were easy money. Changes are making it very smooth and reliable.
By Tom_Ball33

App is trash, ur better off manually scrolling through every stock on the market. Literally watched 5 tickers taking off in my watch list, none of which showed up on the app. Don’t waste your money in this.
By Peepoopeeee

Paid for the app and it didn’t work, keeps saying connection unavailable and randomly crashes on iPhone 11
By Mr.CRivera

Missing a lot of more features

Once you exit of the app, it does not display what you were previously viewing within the same day. And often times the app is delayed on posting up the price which leaves the subscriber behind when the stock have already took off. Work on it guys. Good thing i tried the 1 month for now. Not going to resubscrube until they improve this app
By Sl@shers

Pretty straightforward. Find breakouts - then get paid.
By trader881

I purchased it 3 days ago and seems like nothing is working, all you see is connecting and spinning circle.
By Dilshod 77

Great only when it Connects

Very useful but seems to work only 90% of the time. Stuck at “Connecting”. I just signed up for a year’s subscription. So far it’s a waste.
By ab6464