Note: Continued use of GPS running in the background can dramatically decrease battery life. OsmAnd Maps is a map application with access to free, worldwide, and high-quality OpenStreetMap (OSM) data. All map data can be stored on your device's memory card for offline use. All the main functionality works both online and offline (no internet needed). Some of the main features: Map Viewing • Display your position and orientation on the map • Optionally align the map according to compass or your direction of motion • Save your most important places as Favorites • Display POIs (point of interests) around you • Can display specialized online tile maps • Can display satellite view (from Bing) • Can display different overlays like touring/navigation GPX tracks and additional maps with customizable transparency • Optionally display place names in English, local, or phonetic spelling • Ability to display the map and navigation instructions with CarPlay Use OpenStreetMap • High quality information from the best collaborative projects of the world • Global maps from OpenStreetMap, available per country or region • Unlimited download, directly from the app • Always up-to-date maps (updated at least once a month) • Compact offline vector maps • Also supports online or cached tile maps Safety Features • Optional automated day/night view switching • Share your location so that your friends can find you Bicycle and Pedestrian Features • The maps include foot, hiking, and bike paths, great for outdoor activities • Special display modes for bike and pedestrian • Optional public transport stops (bus, tram, train) including line names • Optional speed and altitude display OsmAnd is open source and actively being developed. Everyone can contribute to the application by reporting bugs, improving translations, or coding new features. The project is in a lively state of continuous improvement by all these forms of developer and user interaction. The project progress also relies on financial contributions to fund the development, coding, and testing of new functionalities. Approximate map coverage and quality: • Western Europe: **** • Eastern Europe: *** • Russia: *** • North America: *** • South America: ** • Asia: ** • Japan & Korea: *** • Middle East: ** • Africa: ** • Antarctica: * Most countries around the globe available as map downloads! From Afghanistan to Zimbabwe,from Australia to the USA. Argentina, Brazil, Canada, France, Germany, Mexico, UK, Spain, ... We offer 4 auto-renewing subscription options named OsmAnd Live for getting all features + hourly map updates in the app: $1.99 / month $3.99 / 3 month $7.99 / 1 year Payment will be charged to your iTunes Account at confirmation of purchase. Subscription renews automatically unless canceled at least 24 hours prior to the end of the subscription period. Account will be charged for subscription renewal at the price of the chosen package within 24-hours before the current period ends. You can manage subscription and turn off auto-renewal in Account Settings in iTunes after purchase. Once purchased, refunds will not be provided for any unused portion of the term. If you purchase a subscription during a free trial period, the unused portion of this period will be forfeited. A link to the terms of use: https://osmand.net/help-online/terms-of-use A privacy policy link: https://osmand.net/help-online/privacy-policy If you cannot find the answer to your question, contact us at contactus@osmand.net 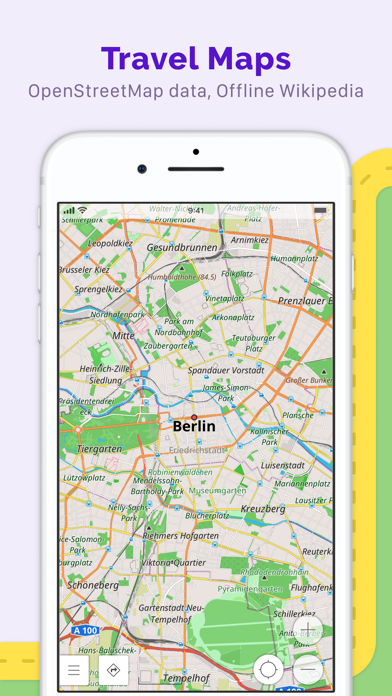 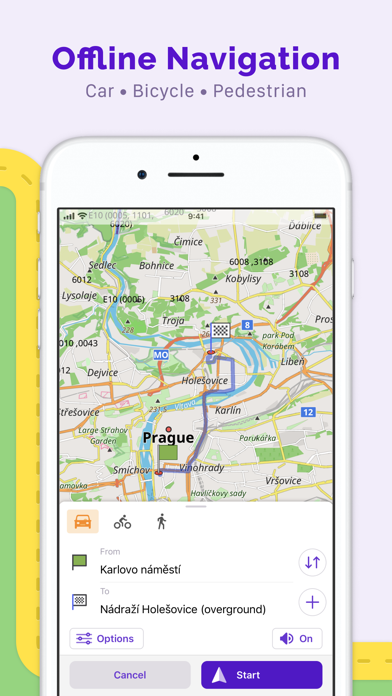 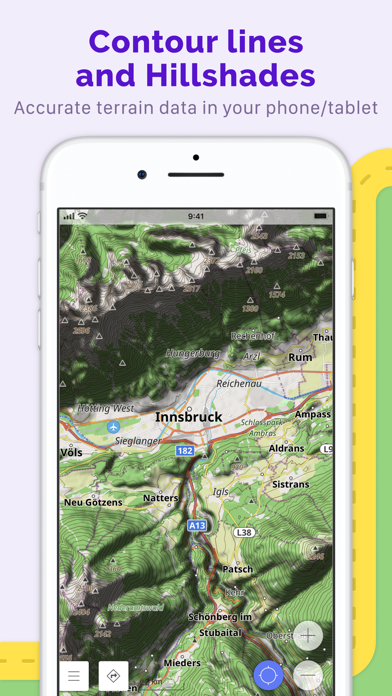 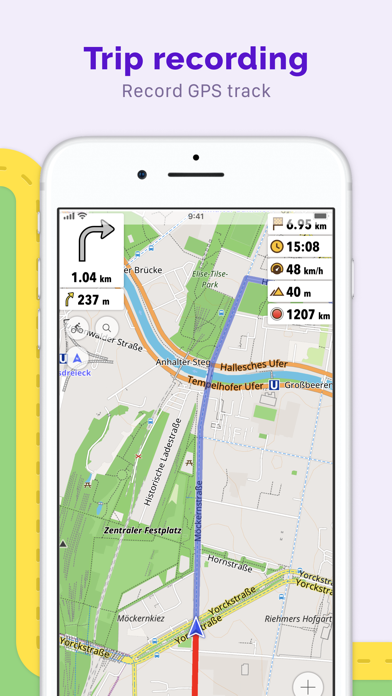 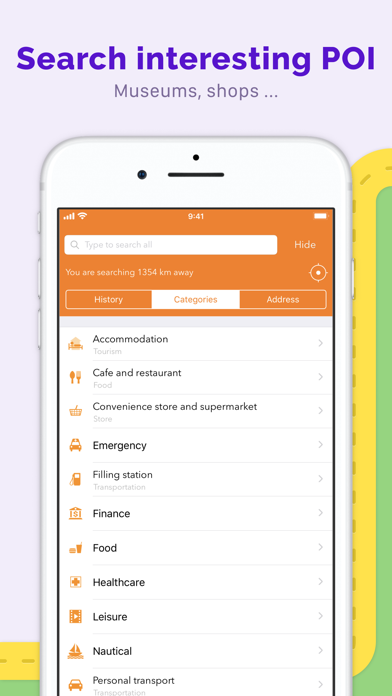 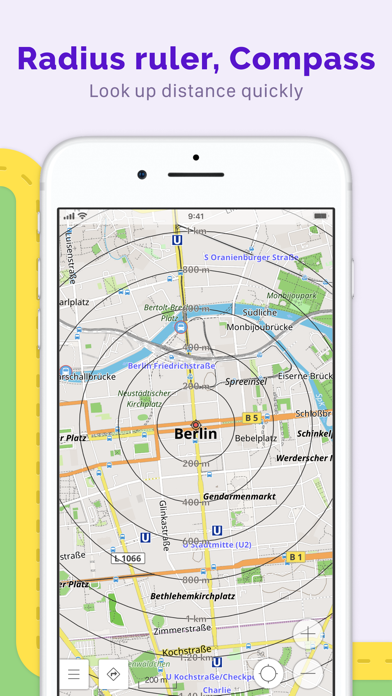 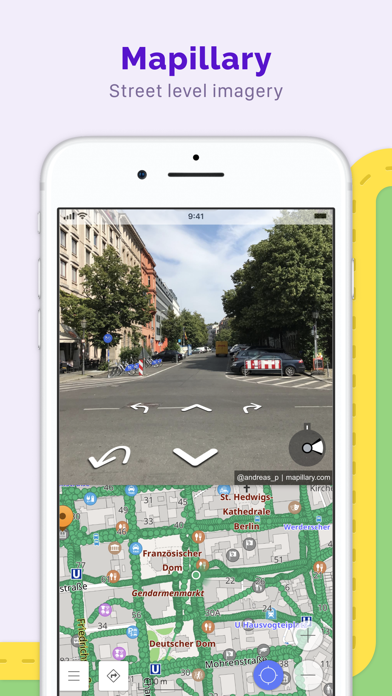 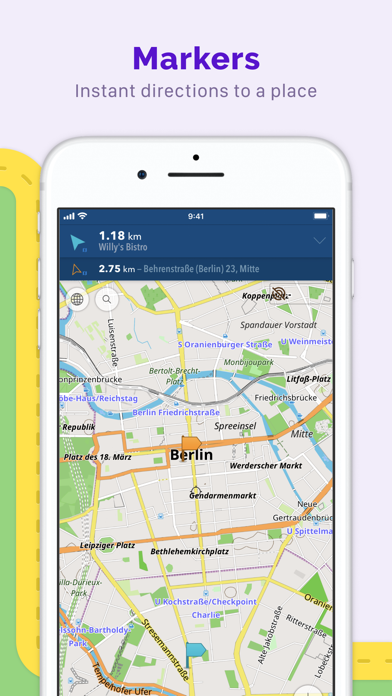 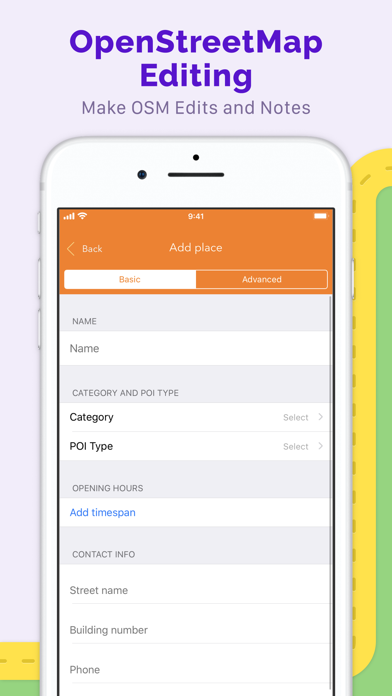 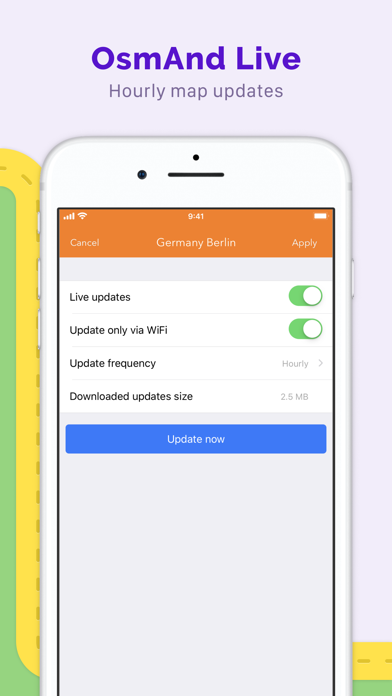 OsmAnd Live is a rip off

I still have to manually update my maps — it does literally nothing in the background. Also the app takes up more space on the device than it thinks, indicating some kind of leak. It believes it has 20gb of maps but iOS recognizes it as consuming 30gb of space.
By Isaac Gray

I am all about privacy and security. I deleted my email, social media, and other accounts that just freely gave my info to any one that would pay. I removed any app that ties data to my persona, and I also created accounts and installed apps that respected user privacy. I have pretty much found replacements for everything, except for maps, banking, and gaming. When I came across this app and saw it has a 4.5 star review, I literally gasped and got so giddy. Then I opened the app and tried to use it. It went down hill, and fast. After about 5-7 clicks the app completely freezes and I have to close and reopen the app. Adding a favorite is a joke. Such a difficult process. Click one wrong place and you have to tap back into the favorites, but guess what, that’s like 5 taps - time to close and reopen the app now. Navigation isn’t too bad. It’s either 3 seconds ahead or 3 seconds behind. For example, a turn was coming up and I knew I needed to take it, the gps said I already took it, then stopped at the stop sign. Then continued on my way. A few seconds later, I just then turned. The speed detection is pretty funny. It feels good to be as fast as a jet plane, but I don’t think it’s accurate. Even though the app says I’m traveling at 257 miles an hour, my car says I am going 35. The apps layout and placement of icons, while I could get used to it, needs a lot of work. If you have a settings icon - every setting needs to be there.
By iwannabepeivate

This is a wonderful app, enabling download of the awesomely detailed "Open Street Map" maps of the entire world, routable for driving, hiking, biking etc. Very easy to download maps. The free version allows a download of a limited number of maps, but the one time unlimited price is very inexpensive ($11.99 for the entire world; $5.99 for just North America) which also provides map updates once a month. Even more features are unlocked and allow even more frequent updates with a "live" subscription at again a very inexpensive price of $7.49 a year. Prices as of March 2021. This may sound like an ad, but I'm just a regular person frustrated with the cost and detail of the maps available through Gar**n. Happy Trails.
By John in Upstate NY

Burmese language is incorrect. I don't understand to look. Please fix it.
By SaiMin8

I mapped over 1,000 locations for an 800km hike and the app updated and now it doesn’t work. It opens for one second, goes black, and then closes without a showing any errors. Please fix.
By Nutekakash

App crashing when off-road map is selected. Reinstalled a second time and downloaded more than 40 maps. As soon as I managed to change the map layout from the default OsmAnd to Off Road, the app crashed and there is no way to restart it again, the app crashes at every single attempt to restart. Had to reinstall all maps and had lost all my waypoints. Please fix.
By MtheSpark

No maps unless you pay. Not a free app.

Downloaded the app and it doesn’t show anything if the map is now downloaded, which is stupid as you should be allowed to at least see stuff when online. Basically you need to pay even to use the app. It couldn’t search cities or even addresses. Deleted it. Will stick to Apple or google maps.
By Aster007