Watch over your property from anywhere with Ring Video Doorbells, Security Cameras, Alarm systems, and Smart Lights. Ring Doorbells and Cameras can send you instant alerts when someone’s at your door or motion is detected. Keep an eye on what matters with live HD video and greet visitors with Two-Way Talk. With a compatible Ring Protect Plan subscription (or free trial), you can review, save, and share Ring videos. Ring Smart Lights let you control and schedule lighting easily. Some models can even notify you about motion nearby, and trigger other compatible Ring devices to record. Ring Alarm systems let you monitor entrances and indoor spaces, and detect certain safety hazards. Enroll in Ring Alarm professional monitoring (compatible Ring Protect Plan subscription required) to request dispatch of emergency responders when your Ring Alarm is triggered. Whether you’re halfway around the world or just busy with the kids upstairs, with Ring, you’re always home. 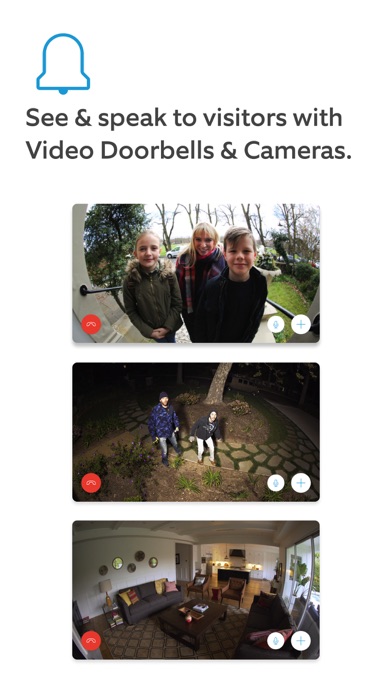 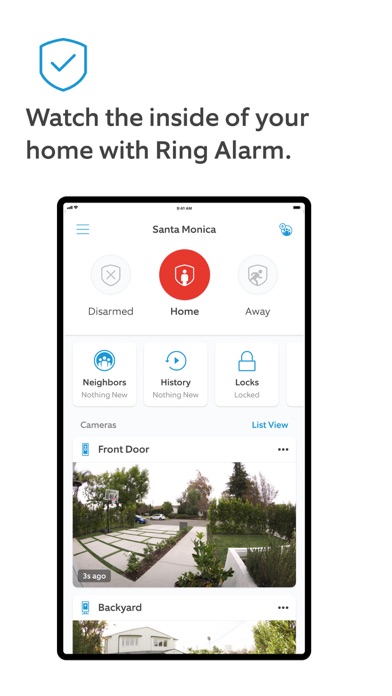 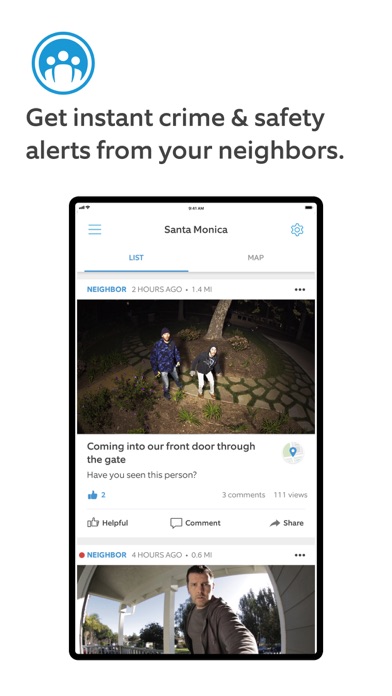 The hype is over

Not only has this missed some important events that happened in front of my home several times . Everytime the subscription goes out it doesn’t just say hey you need to pay this to continue it automatically deletes everything. Everything all events recorded has been deleted. Avoid at all cost and go back to regular systems put money into that because you wouldn’t lose out on everything recorded with those.
By janbree

I ordered 10 items from the ring.com website. They shipped 6, didn’t ship 4, including the alarm to tie together all the other products, thus making them useless. After spending 2 hours with online customer support, they refused to ship the alarm unless I paid more. BAIT-AND-SWITCH SCAM. Then when I asked them to send me return boxes for the items they had delivered and I had already installed, to get a refund (literally dozens of times), they refused every time, and told me I had to call on the phone to speak to a supervisor. I called, and they refused to let me speak to a supervisor. I had time to uninstall the ring doorbell and install my old one while they refused to send me a box 5 times over half an hour. For hours they threw useless questions at me. Had to verify my identity 5 times. Needed my order number 4 times. Couldn’t handle a return with just the order number, needed my “tracking number”. These are constant trickle friction interruptions requesting useless information they already had to try to get me to stop asking them for a refund. Clear sign of a scam operation. It’s too bad, too, because their stuff is nice, assuming they ever send it to you. I am also reporting their scam to my credit card company.
By spratdog

Crashes too often.
By Shawn.Wong

We have used the ring for over a year. Works well but not great. Many times we have ppl upon our doorstep before the ring records. Also, several times we will get an alert and only see a gray screen before it starts playing the video or only a gray screen. Currently, we have one positioned in front of a trap to catch our missing kitty. We will see her at the trap, but not prior, to see which direction she came from. Overall, I would recommend the ring camera, just do not expect total accuracy or record time.
By LJB2017

Lousy and more expensive than their competition

I figured out what is going on (see review). Ring now is having problems with me using an VPN to protect my privacy. If unscrupulous companies did not shared and sold people’s personal information, people would not have to use VPN’s to protect our privacy. This is such a cheap move by Ring. It really shows what the company (Amazon) and the app are all about. Shame, but when you have no moral principals, what can one expect? The hide behind the lie of “we are trying to protect your account.” There are many way of protecting an account that blocking VPN’s. Plus I travel a lot too. If I was paying for their service I would be making a call to my attorney. But since I don’t, I will update my reviews of Ring in every platform that I can. —/— Recently the app has been giving me an error message when I switch between one location and another. It says that “can’t load your location. We’re having trouble loading your location information. Try again.” The prices of their subscription have gone through the roof. And of course, they force you to subscribe is you want access to the recorded videos. Dzees and other similar services (such a Wyze) don’t need a subscribe view videos. Their cameras have a memory stick slot, so the camera can store videos locally. No need to pay to record or view the videos. Paying gives you functions such as AI, zone setting, and so on. If you don’t care for that then you are good to go. Their subscription is 30 bucks per year for up to ten cameras. And their cameras are much cheaper too. Less than half the price of Ring cameras. All my Ring cameras have been either replaced or will he replaced with other competitor's cameras. Specially as more 2K cameras become available. Some are out already form other companies (and they are still cheaper than Ring’s cameras), but I am waiting for Dzees to come out with their own. They have one 2K already, but not the one I want. Wyze also makes good and cheaper cameras with memory slots, but their subscription is more expensive, but not as expensive as Ring’s. The only thing that is OK with Ring is their alarm system. I don’t subscribe to it anymore, but for my purposes it’s good enough. When the time comes to replace it, I will look into other manufactures to compare. The only good thing left about Ring is the app. Compared to Dzees’, the Ring app is a lot better. Well, was because like I wrote above, I am getting error messages now. But in features, video playback, and other functions, Ring’s is better.
By Fototico

Had a problem with my doorbell and a stick up cam, Ring replaced both with No Problem at all!! Great customer service teps!!! Thanks much 👍👍👍👍👍👍
By AppleFan2003

Everything is alright except that I can’t receive calls both voice and video.I wish that you can help me with that
By qpmcd$72

Kind of an important feature to have…
By BrooklenDW