Acapella is the ultimate music maker. Whether you’re a musician and you play the piano, guitar, flute, drums etc or love to sing a cover song or simply jam and record music - you can use Acapella singing app as a multitrack tool to create multi frame music videos. Scroll through the discover tab to find talented artist from around the world to collaborative with. Share the multi frame video or download an Apple lossless copy of the audio. Check out Acapella’s full featured music editing tool to help insure you produce the highest quality sound possible. Acapella music editor contains the following features: - Record song up to 10 minutes - Import a video to help you become the ultimate acapella maker - Optimize your sound with EQ (music equalizer), noise gate and processor - Collab with friends by making music together - Add your logo as a watermark (png, jpeg) - Pan audio left or right - Built-in metronome is a must have for a music creator - Share video with CD quality audio - Download Apple lossless (ALAC) audio file or m4a. - Listen to your songs from iTunes library to help you record songs - Create playlist you can listen to on the go - Share to favorite social platforms like Mixcord, Instagram, Facebook, Twitter, etc... Follow us on Instagram, Facebook, Twitter, YouTube - @AcapellaApp Subscribe for Unlimited Access to Pro Features - You can subscribe for unlimited access to pro features including 10 minute recording, save lossless audio, and more! - Subscriptions are billed monthly or annually at the rate selected depending on the subscription plan. Alternatively a one time payment option is also available (this is not a subscription). - Subscription auto-renew at the cost of the selected plan, unless cancelled 24-hours in advance prior to the end of the current period. The subscription fee is charged to your iTunes account at confirmation of purchase. You may manage your subscription and turn off auto-renewal by going to your Account Setting after purchase. Per Apple policy, no cancellation of the current subscription is allowed during active subscription period. Once purchased, refunds will not be provided for any unused portion of the term. - Terms of use - https://www.mixcord.co/terms-of-use-agreement.html - Privacy policy - https://www.mixcord.co/privacy-policy.html Have questions or suggestions? Reach out to us at Acapella@mixcord.co 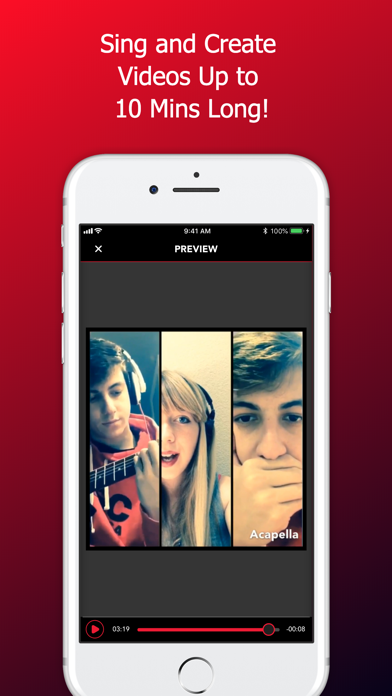 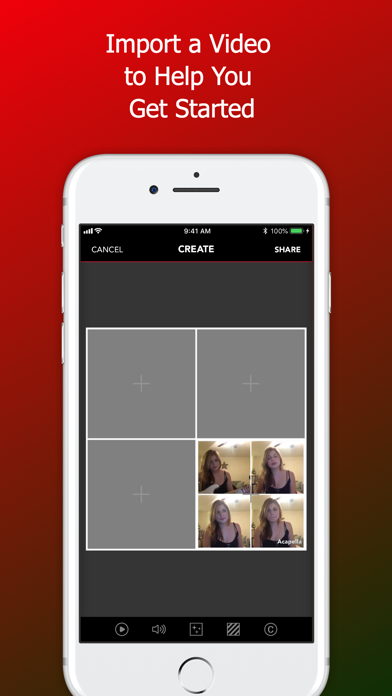 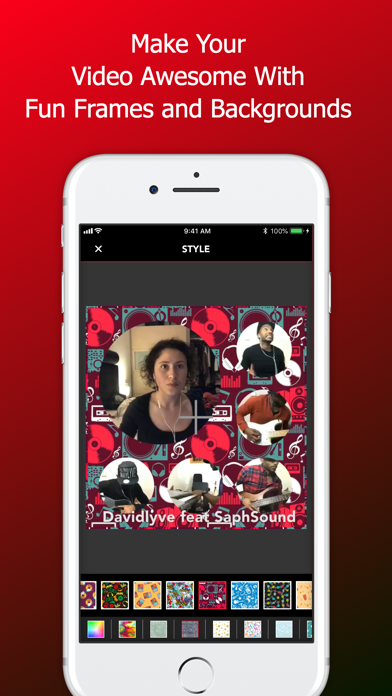 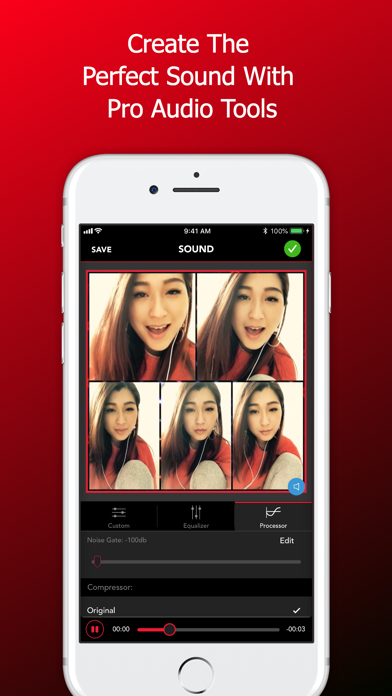 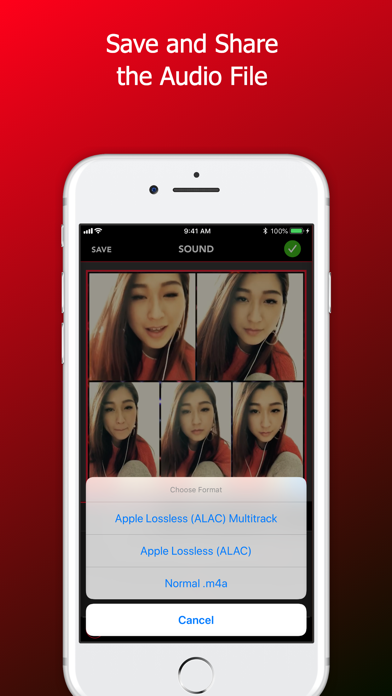 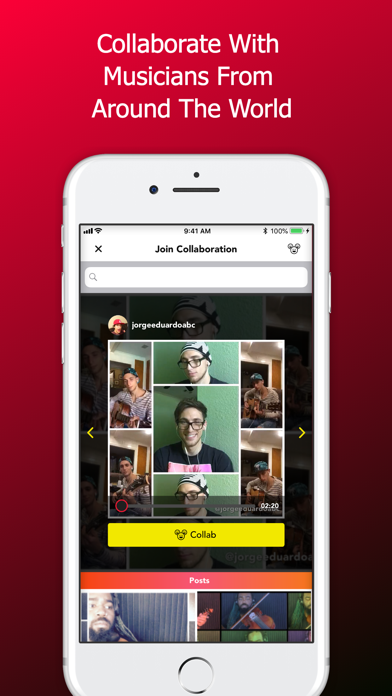 I’ve already tried talking with customer service and they stopped replying to my emails after I sent them info about my situation. Every time I try to save a video to being the next clip is says “Error: your video could not be saved. Please make sure you have at least 1GB of space on your device.” I have well over 100 GB of free space on my iPad so I don’t understand the problem and apparently neither does customer support.
By microman352

I was so excited to use this app as a go-to video maker as a multi-instrumentalist. I never write app reviews, but I’m so beyond disappointed. There’s no way to adjust the sync of each individual track to combat the glaringly bad lag. To effectively record in time, I had to play intentionally ahead of the beat, which is a non-starter when trying to record percussion and other strike-based instruments. If you’re doing long tone vocal recording then maybe it will be okay but this app is barely capable of living up to its name: Acapella. Nothing more.
By Deadface

When I tried to overlap myself playing the violin, the first video would be great, but the second video would be almost mute and you can barely even hear it make a sound. I’ve tried moving the settings around with the noise, but nothing worked. I’ve checked reviews and turns out a lot of people are experiencing the same problems. This has been happening since last year and it still seems like this is a problem. I’ve read that the developers only respond to those giving good reviews and not actually saying anything to those bringing up the issue in their app. Is it a bug? If this issue is fixed, people might even buy your subscription. Hell, even I was going to, but i don’t want to be paying for something that doesn’t work well.
By WafflePrincess

I have the free version. It’s cool but glitchy.
By jcsnowy40

This preset mic is terrible

My phones mic never sounds as terrible as it did on this app, I would not recommend getting this app unless you’re willing to pay. So then why even have a free version if you’re just going to screw the people who can’t afford it
By williamwhitingiii

I used to be able to save Acapella videos to my phone. Not no more. 👎🏻
By Elgüero94

Can’t hear all of them

How come I can only hear one of the videos and the others are just really quite how can I fix it.
By sky wol

Whenever I download, it keeps staying in the first thing it does while it downloads! please help!!!
By The percussionist