Highrise is way more than just a social network. It's the easiest way to create your avatar identity, make new best friends, stay in the loop, and explore a magical virtual world - all on your phone. • Create an avatar with our avatar creator and pick from 1000s of outfits and items • Share your #mood and follow others in the Highrise News Feed • Choose who to chat with one-on-one and in groups • Meet new friends and characters with similar interests in the app store's largest sim game • Design an infinite number of rooms for play, chat or just plain fun • Enjoy weekly content updates with new art and events There's always room in Highrise. See you soon. :) P.S. Follow us on Instagram @highrise. 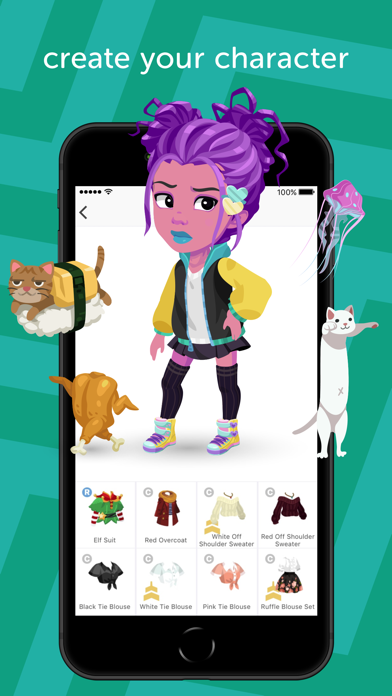 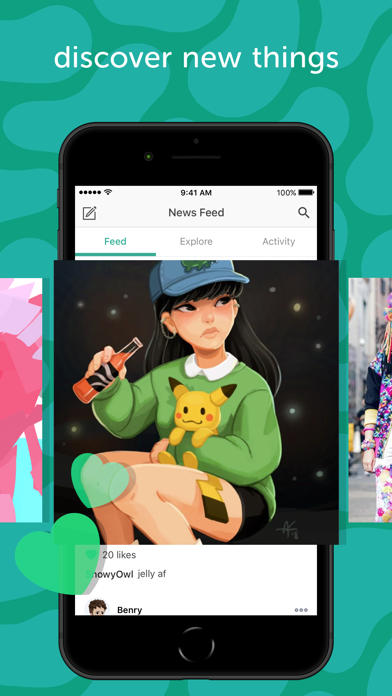 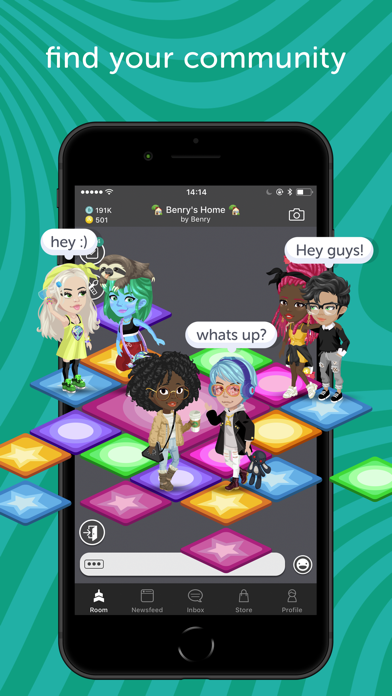 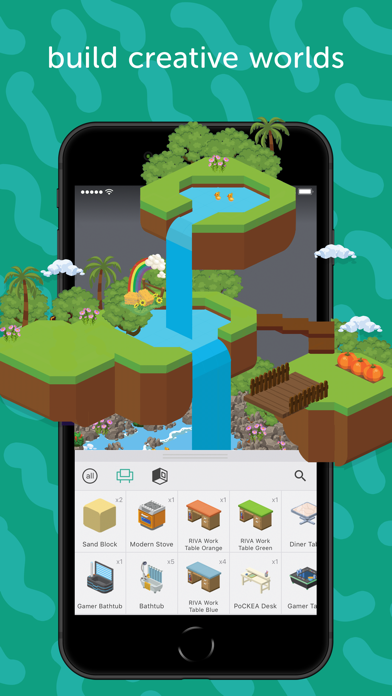 I really only kept this game to have the stickers for messaging and now they are gone. Is this app trying to rank itself, because that’s what it seems like.
By Number1pimp

So, I’ve been on highrise since March of this year. I fell in love with the game. I enjoyed creating rooms, dressing up my character, playing user hosted games for gold/rares etc. But this newest update has removed several important things: 1. Liking for bubble coins. Bubble coins were the easier to gain in game currency that didn’t require pouring a paycheck into the game. Just patience and willingness to go around and like people. 2. Taking in game photos. The easiest way to promote your in game challenges. Blocks, Pag, GOL. Etc. also I used it to show off changes to my room and when I would get excited about a new outfit piece. 3. Emotes. I used several hundred of my gold coins for the cute character emotes. Am I going to get those gold coins back since the emotes are now gone? In conclusion, the 3.0 update needs to be fixed or there needs to be a revert option because the core reasons myself and several others that I interviewed on the app do not enjoy highrise after this update.
By DomiDemon

Keep it up just make it a little better

The only way u can stop people for overpricing items is bringing them back cuz seeing someone sell stuff for 300k is too much.its like if u can't find it ist worth a lot u know how u can bring back the Pokémon pika chi pay sale for it get the set why can’t u do more of those u know one time deal on sale old items every now and then u will still make a profit for the game and make the rest of the people overprice items will sell less because it’s there fav has to go high please it will help make the game better to sell again old items every now and then don't have to be spin gatcha a sale for buying gold do this u make more money if u make old items on sale for gold and lower down people that selling or cheating in the game u want more people joining not leaving the game ☺️☺️☺️please I love this game we still believe in u still the best game I hope this make sense sorry for my hand writing and thank u for the hard work u been doing
By Teddy6711

First of all.. how can you release an event while your still “fixing” things within the app. People spend sooo much money on this app to only lose due to “glitches”!! Second of all...how can you suspend people’s account and not give them a reason to why you did it??? Third of all...You apologize for the glitches by giving us things that doesn’t match to what we lost?? Okay hr just keep on focusing on banning INNOCENT people.
By MarTer01

I noticed my Highrise app needed an update. So I updated it. After that, I thought I was banned. The new account thing happened. Soon, I cried. It was so much worse than the original. I’d like to remove the update. If you do not, I will keep giving bad reviews. JUST PLEASE DON’T DO THAT
By AveryLovesAll

It kicked me out I forgot my password and I asked my friend if she knows my user but she hasn’t answered and I was wondering if there’s a way to get it a different way?!?
By the_c00l_girlz

I’ve been playing this game for 2 years and I’ve been mad at a few things on this app before but not as much as I hate this update, theirs a few good things with the update but way more things that were just unnecessary, for instance, the only way to check your gold and bubbles is to go to shop, which isn’t a big deal but is just unnecessary and before the update u could see it anywhere which was much better. Also we are only able to do 2 gestures now, there were many of them and could even buy them and now there’s only 2. The profiles, now this one problem isn’t much but everything’s different, things r backwards now so kinda hard to get used to, you can’t tele to ppl anymore, the post r kinda weird now kind of like instagram which isn’t much of a problem. Also some little thing like avatars, their taller now, less gestures (as I said). The one that has me the most upset is the inbox, when your texting someone it’s complicated, theirs both on the same side now and I can’t always tell the difference, it was much easier before. I hope this update goes away and back to before cause this update is much more complicated. Overall I very much enjoyed the app, it’s the update that ruined it for me. And that concludes my complaint.
By fatdaddy69696969

I downloaded it as a joke to see how it works etc, And I did like it up until everyone is selling their things for gold which you can’t get unless you buy it. Then you have the free ways to get gold but half of them don’t even work right you could spend hours on one survey and get 2 golds when most of the items people are selling is like 10k or more two gold isn’t going to get you far. Then the events yeah it’s cool to get the items for free but then once you get it what to do with it? You don’t do anything with what you have the things there are just there. There’s nothing you do with it. Unless they have a better way to earn gold or a membership that pays out tons of gold I wouldn’t get this if I was you.
By Nightnickname

This update looks super nice but there’s definitely quite a few bugs Ones I’ve been coming across are: - Keep randomly switching between rooms only seconds apart. - messages keep vanishing. I have to restart the app to get it back up. Will update with more when I come across and will change review once these are fixed
By generic goth

highrise just updated and i don’t like it as well as many other players. i definitely liked the old highrise better , it seems as things a more complicated now
By ashlyn💘