HIGH TIMES has continued to evolve to become as much of a cultural destination as a respected news outlet. Our unyielding coverage of the cannabis lifestyle has helped define one of the most prolific and enduring subcultures in modern American society. Music, arts, entertainment, live events and food now all have a seat at the table in the cannabis movement. Fueling the cannabis movement is a series of HIGH TIMES-sponsored events. These include our highly attended Cannabis Cup trade shows celebrating the champions of cannabis and our new Business Summit conference to break down barriers and connect everyone from entrepreneurs and advocates to health care providers and policymakers. High Times Magazine Subscriptions Available:   • Single-issue - $5.99 • 1-month subscription - $2.99, automatically renewed until canceled  • 1-year subscription - $29.99, automatically renewed until canceled  SUBSCRIBERS’ AUTOMATIC-RENEWAL FEATURE: Your subscription will be charged to your iTunes account at confirmation of purchase and will automatically renew unless auto-renew is turned off at least 24-hours before the end of the current period. Your iTunes account will automatically be charged at the same price for renewal, as stated above, within 24-hours prior to the end of the current period. Current subscriptions may not be cancelled during the active subscription period, but you can manage your subscription and/or turn off auto-renewal by visiting your iTunes Account Settings after purchase. NOTE: WHEN PURCHASING A SUBSCRIPTION OR SINGLE-COPY OF THIS TITLE, YOU AGREE TO THE PRIVACY POLICY AND TERMS OF SERVICE WHICH CAN BE VIEWED BY GOING TO: Privacy Policy: https://hightimes.com/privacy-policy/ Terms of Service: https://hightimes.com/legal-disclaimer/  KEY FEATURES:  • OPTIMIZED FOR YOUR DEVICE: Easily toggle between the traditional magazine layout and the innovative text mode for a seamless reading experience, built for your iOS device  • OFFLINE READING: Download your magazines to your device to read them whenever and wherever you want, even without an internet connection  • BOOKMARK AND SHARE: Bookmark articles to read later, or share them with your friends • TEXT TO SPEECH: Listen to your favorite magazines and all of your articles on the go  • NEW ISSUE ALERTS: Be the first to read the latest issues of your favorite magazines with new issue reminders 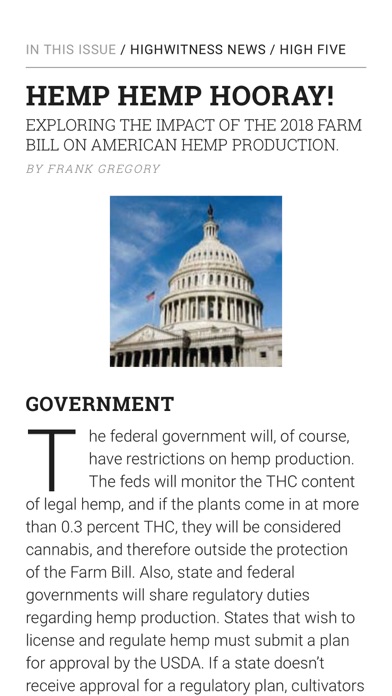 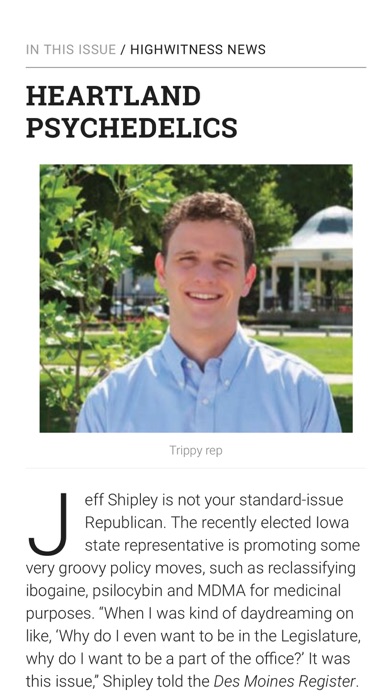 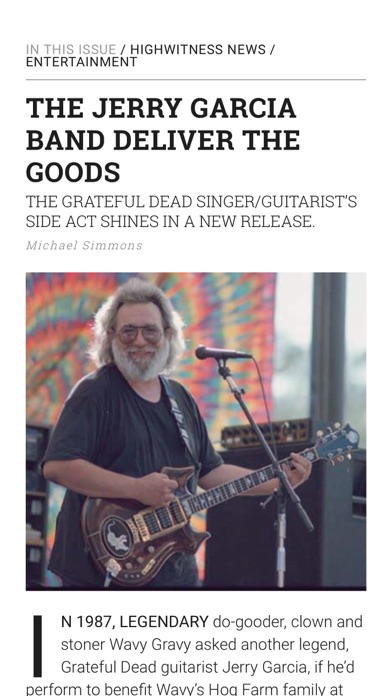 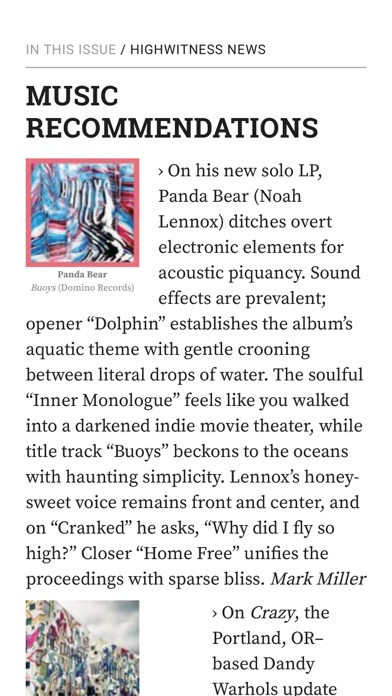 Paid for a year

Paid for a year but only got 3 issues before the app wanted me to buy per issue again.
By WonderPeejay

I purchased a one year subscription in january 2021. Starting with the spril issue my subscription is not being honored, even though Inpaid in advance fir one year.
By lavita35

1 year subscription $29.99 you get all the magazines hightimes has ever published if you think about it this is a great deal since hightimes has been around since 1974 I hope they never get rid of this hightimes app I will always subscribe everyyear
By Quadman97

Pay for annual but doesn’t work
By oxiix

The app crashes a lot. It is not very easy to find titles or page numbers.
By amERICan White

Something is wrong with your digital platform. If I buy an issue through the app, the cover and all of the ads contained within will load no problem, but the moment you get to a page containing actual content, the articles within, I get “wheel of deathed.” The load wheel starts spinning amidst a white backdrop and no content ever loads. I have literally allowed it hours to process and no article will ever shows up. So basically you are paying money to behold a shiny cover and a flipbook of abs, but no actual substance, and I am very displeased, because it has been like this for over a year since I first downloaded it, and no one has fixed it.
By TaylorPhoenix

I downloaded this app over a month ago. Called Apple tried everything still not working....Total Bummer
By Dazzeldiode