Based on the New York Times best-seller, The Reboot with Joe Juice Diet, by Joe Cross. Let us help you reach your weight loss goals and feel amazing. Features Available to All Users · Track all juices and food consumed · Log in exercise – walking, running, biking, swimming, stairs, etc. · Track mood + weight changes · Chart your progress · Instructional videos on juicing · Connect with friends and follow each other’s progress · Personalized tips and badges Features Available for Premium Users · Reboot Meal Plans (3 Day, 5 Day, 10 Day, 15 Day and 30 Day)* · Notifications at key moments of your plan (e.g. when to eat & drink) · Easier entry of juices and foods from plan · Shopping Lists · The app contains over 80 recipes: 36 juice recipes plus 46 reboot-friendly recipes (smoothies, salads, soups, and veggie dishes). *Includes meal plans for those on a juice only diet as well as a juice + food diet. Use the app today for free or upgrade to our premium version and unlock more features. Note: an account is required to use the app (it’s free). 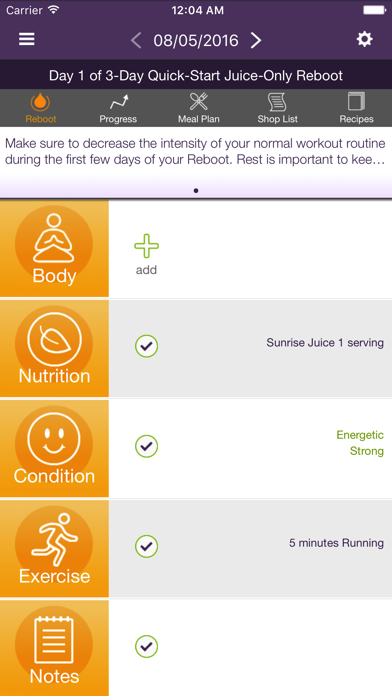 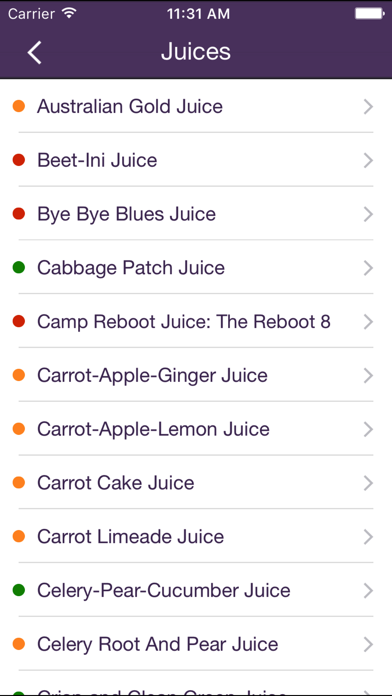 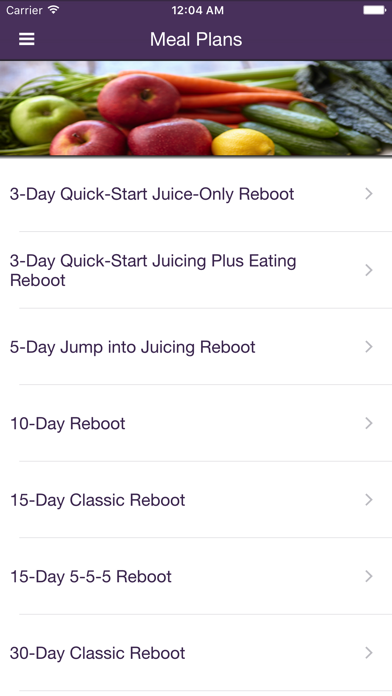 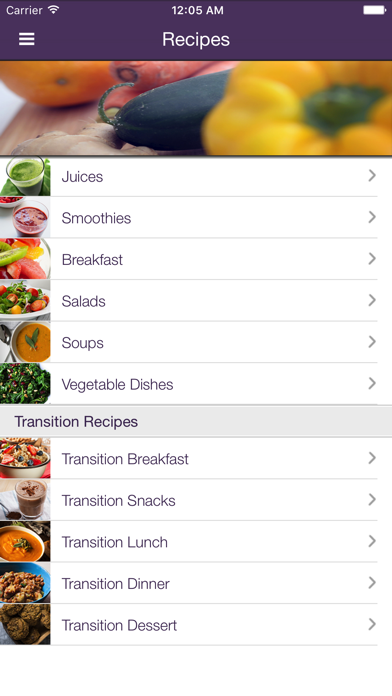 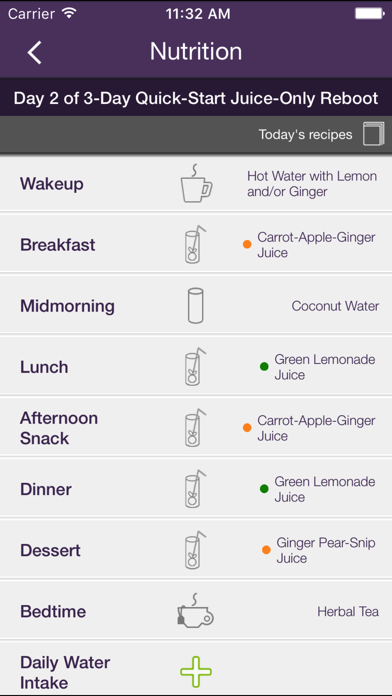 The app helped me alot to keep on track. Tried many recipes for the most part but kept going back to some recipes over and over. The app is very detailed and user friendly. Thanks Joe.
By cindyzumb

This app is stellar. If you are doing a reboot and want guidance, it’s the perfect accompaniment. $8 is less than a kindle book. Loved it for A 5 day reboot and love that it’s a one time purchase, not a subscription.
By Starlet42

I thought this was a juicing reboot not meals included. It's not a great app and not easy to get the recipes. wish I could get my money back.
By callein

So far I haven’t had any issues, I know quite a few reviews complained that the videos kept freezing or wouldn’t load at all, but I haven’t had the need to resort to those videos, though. The app is pretty complete without the videos (in my opinion). I do wish, however, that the list of suitable substitutes could be found on the app instead of having to go to the website... unless I didn’t look hard enough for the list... or it could also be that it’s there, but not readily available, which would be as unhelpful as not having it. Either way, having the list of suitable substitutes to be easily found on the app would be an improvement I would recommend. If it gets to that point, I will definitely give the app FIVE starts instead of four!
By PetLovrr II

The last update for this app seems to have been in 2019. The features I most wanted from this app were the shopping lists and recipes but those are only available for “premium” customers($7.99USD). Videos will not open. That’s as far as I got trying to use this app. It doesn’t seem worth it to try and continue as I’m not willing to pay for unsupported service.
By jimbob_isme

I’ve gone through a few cycles with the app and found a few issues 1. Shopping lists are not accurate, you need to go over the recipes to confirm ingredients 2. Transition out plan is non existence on the app only in the book 3. No recipes for over 30 days of juicing, it makes it harder to keep going I enjoyed the app and hope to see they improve it in the future
By Smopi,s

Great recipes but videos don’t work. I do like that it can track my weight and measurement progress.
By Señora Durgampudi

App does not open at all and despite numerous emails to support they refuse to fix it!!!

Despite paying for this app, it doesn’t open at all claiming network problems! I have emailed the app support several times and they still refuse to fix it!!!
By Legalspirit

I payed for premium

Payed for premium and it won’t let me log in to get the recipes. I’m about to request a refund since I didn’t get anything since I payed for premium. Love the dudes documentary, but the app seems like it hasn’t been worked on in a long time. Might not be running anymore.
By Ricardo el Jedi

Ideally, this app should talk to the “lose it” app. Their food log is spot-on and includes the juice recipes with nutrition info. I love the positive upbeat tone of this app, love the reboot and love Joe Cross (and Phil), I just wish it talked to that other excellent app that I mentioned. It would be epic if lose-it shared the food data with reboot. Then I’d have motivation and good data. Epic.
By Renunciate