Start your 2-week free trial of FluentU now! Cancel anytime. Tired of boring language learning textbooks? FluentU brings languages to life with real-world interactive videos! Learn to read and speak Spanish, French, English, Mandarin Chinese, German, Japanese, Russian, Korean and Italian with FluentU. FluentU turns music videos, movie trailers, news and inspiring talks into an amazing language learning experience. Experience an immersive education that teaches you to speak and comprehend new languages in a natural way. Now you can learn a new language while connecting with the culture. No matter what your skill level or interest, FluentU has you covered. FLUENTU FEATURES: LEARN A NEW LANGUAGE - Immerse yourself in a foreign language to understand how it’s used - Connect with the language through real-world videos - Quiz yourself on the vocabulary - Learn to speak the language instead of scripted phrases - Stay motivated to learn each day WATCH, LISTEN & LEARN - Put the textbooks away and learn from experience - Watch videos with subtitles and translations to learn the language - Tap on any word or phrase to learn its meaning - Add words to your vocabulary list for review - Listen to audio dialogues to gain an understanding of the language BILINGUAL DICTIONARY - Look up any word and see how it’s used in a sentence - Search content by title or grammar and vocabulary points AVAILABLE LANGUAGES: - Chinese (Mandarin) - English - French - German - Italian - Japanese - Korean - Russian - Spanish WHAT PEOPLE ARE SAYING "Great app. To my knowledge the best on the market. You created something unique and new!" - Felix Wedel "It is more helpful than any other tool I've used. I had been using podcasts before and trying to make flashcards, and that worked pretty well. But it ended up that I was spending more time making the flashcards than studying. FluentU really solves this." - David Brown "FluentU has quickly become one of my favorite language-learning tools. Great job on an aesthetically pleasing app and an incredibly functional one." - Justin Price "This concept in FluentU is amazing. It's such a great way to help you understand a spoken language and the way you break it down is amazing." - Demi Pradolin "This app is so fun and useful - the best Chinese language learning app I've ever used." - Richard Jun PLUS SUBSCRIPTION FluentU is available as a monthly ($29.99 for Plus) or yearly subscription ($239.99 for Plus). If you enjoy FluentU, do nothing and your membership will automatically continue for as long as you choose to remain a member. You can easily cancel anytime, online. Just sign up to get started! If you subscribe via iTunes: Payment will be charged to iTunes Account at confirmation of purchase. Subscription automatically renews unless auto-renew is turned off at least 24-hours before the end of the current period. Account will be charged for renewal within 24-hours prior to the end of the current period and identify the cost of the renewal. Subscriptions may be managed by the user and auto-renewal may be turned off by going to the user's Account Settings after purchase. Any unused portion of a free trial period, if offered, will be forfeited when the user purchases a subscription to that publication, where applicable. Privacy policy: http://www.fluentu.com/privacy/ Terms of Use: http://www.fluentu.com/terms/ 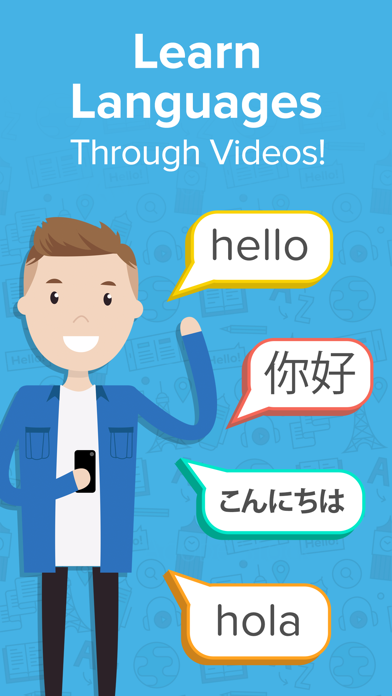 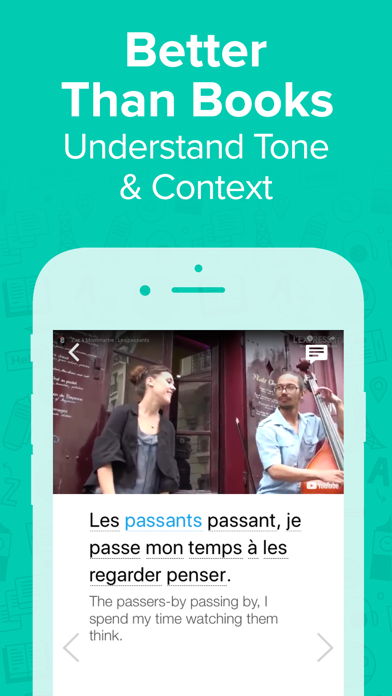 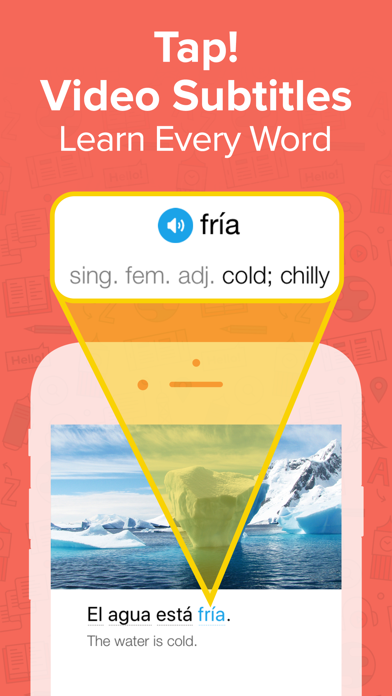 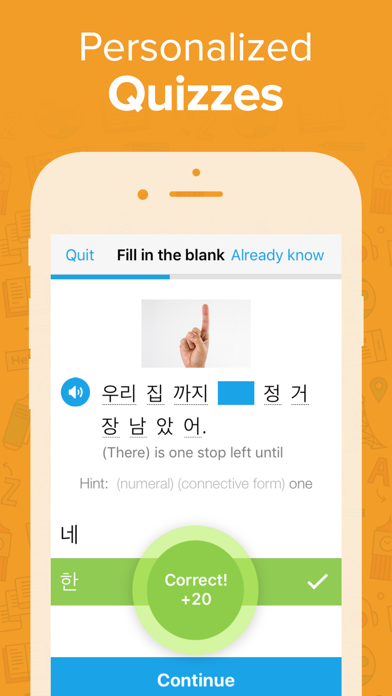 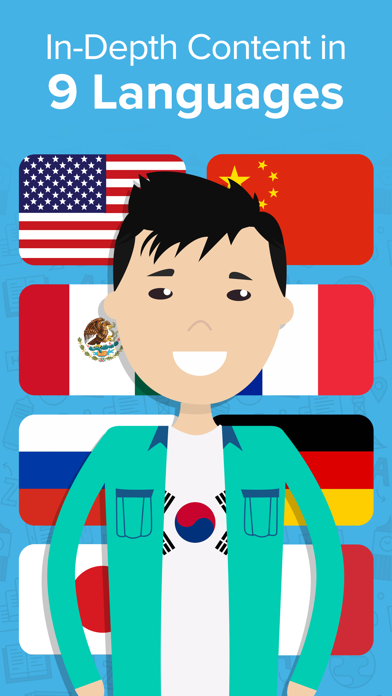 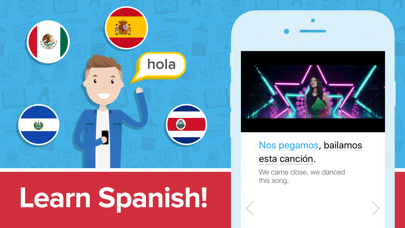 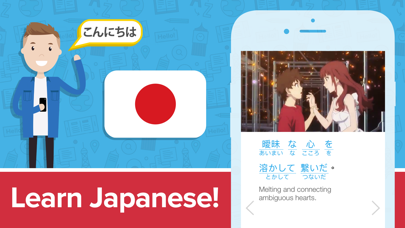 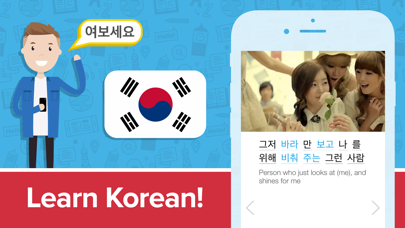 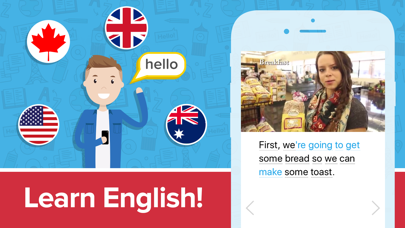 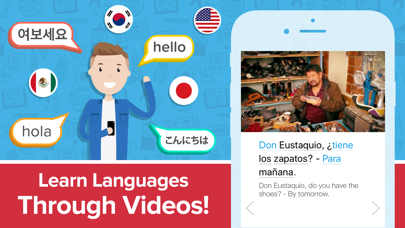 I love that fluentu uses modern media to teach, I especially find songs and storytelling to be effective in my language learning. The interface itself, the way one navigates through the different lessons, and the overall look and functionality of the GUI (i.e. the buttons, graphic design, layout, etc) is subpar. I use Duolingo as well, and their app is very well done. In any case, I keep coming back to FluentU for real, modern media-centered lessons.
By dldneixisbsbr

You took money out of my account 😡
By DoeZero

I realize all language learning apps/programs have their flaws. My problem with FluentU is I’m paying $20 to be an app tester. I’ve been using this program for several years, I’ve completed Beginner 1&2, Intermediate 1, and am nearly finished with Intermediate 2. I’m not exaggerating when I say that every time there is an update, there are issues. I’ve emailed customer service so many times, I’m absolutely certain they ignore my complaints at this point. Sometimes the issues are fixed just to return at the next update. For example, the sentence translations will repeat themselves within a lesson. The lessons don’t go to the review or completed queue after you’ve completed them so it’s difficult to tell which lessons you’re done with and which are new. There are also the complaints of other users regarding the portrait mode and interface issues. I live with a native speaker and there are translation issues in a number of lessons. The app only runs well on a current Apple device, it’s slow otherwise. Don’t expect any kind of refund when you have issues, they are however, quick to offer an apology and reassurance that “they’ll pass it along to the devs.” I do feel I’ve learned a good amount and appreciate that the videos are mostly current. This year, I had enough and bought a different language learning program and am finally saying au revoir to FluentU.
By Jltessner

The idea of learning a language using colloquial videos is great. It’s a much better way to learn how to listen and understand a language. The main problem I have is that the app is buggy. During most of the videos, when you click a word that you don’t know and add it to your vocab, it often gets a stuck progress spinner over the video that never goes away, so you’re locked out of that video. Please fix this.. it makes it difficult to make much progress.
By GreenSmoothie

I’ve been missing out!

The app is what I’ve been looking for when learning Korean! I would look for children’s books to read but they didn’t explain grammar like this app does. I also used movies and shows but it was too difficult to grasp the language. The only problem with this app is that when it shows video examples of how a word is used in other situations that it goes by quick and I can’t automatically stop the video from moving on to the next video.
By Vegan in 321

In app purchases show as just $29 in appstore

After you download it shows $29/month. Sneaky! No use downloading! Too much data tracking!
By PraiseJesus

Canceled my free trial after week one. Still charged me for the whole month.
By aub's pod

I thought up something like this in my bead many years ago when I was learning my first two languages. But it didn't exist. I even searched for it a few times over the years. I just found it this week ans cant believe it. I am a critical person and want to find something to criticize but I can’t. Its fantastic in every way. So many features I feel it must have been created by language learners. Love this app.
By JJtsp

This app is a no go for me because it does not support landscape on the iPad. Shame with the Black Friday special. Maybe next year.
By I hope this nickname is not taken

I took a break from this app for a while and the words to review piled up. I was slowly working through them on the free version, because it was unrealistic to watch new videos and learn new words while I still had all those words to review. I had planned to get through them all, then start paying again for a full experience so I could move foreword. I got from about 3000+ to 1700, and it took a WHILE. But I was improving my spoken ability at the same time. But now I can’t access them because even ONLY using the review section is asking $30/month from me. This is really disappointing. I feel like I want to quit. I could pay for multiple other services with this amount of money.
By Zaharaa