Prepping for the ATI TEAS? Check out My Mastery’s complete test prep toolkit for passing your exam the first time! Over 1,300+ exam-based questions, medical explanations, and Hesi A2 quizzes to ready you for a smooth test-taking experience. The TEAS V7 (Test of Essential Academic Skills) can be stressful to cram for. Hack your study habits today with our library of medical expert-backed information, testing methods, and TEAS success toolkit. _____ SUBSCRIBE FOR KEY FEATURES Don’t miss out. Users who downloaded TEAS V7 Mastery claim it did wonders for their first-time test attempt, and a majority passed! Check our in-app features: Over 800 ATI TEAS V7 exam-based sample questions complete with detailed imagery and professional explanation. 40+ Hesi A2 prep questions organized by category. Take your pick! 400+ vocab flashcards. For quick and easy access to test your memory recall. Successful test-taking strategies guaranteed to increase your TEAS score Progress toolkit. Where do you need to improve? Where are your strengths? What needs to be reviewed? An interactive, full TEAS practice exam. Take the test before the test! _____ AN INTERACTIVE TOOLKIT FOR ATI TEAS SUCCESS We keep all our app information up to date and always count on professionals for changes in data. Our progress tracker shows you areas to improve, chapters to study, and propels you towards your goals. Use this tool to sharpen weak points, utilize strengths, and understand test question styles. Our detailed answer explanations ensure you’re not left searching for more answers, everything you need is completely within the app. _____ FIVE STAR USER REVIEWS: In case you still haven’t downloaded TEAS, check out what our users had to say: “I definitely got way more out of this app than every other TEAS app I’ve used to study. I paid for a short subscription which gave me access to lots of problems that were actually very close to what was on the exam. If you’re feeling nervous about the exam or are looking for an extra study tool, this app should definitely be an option.” -Ash “Study the material and read the explanations. It helps a lot. Take your time and do some practice questions each day until you really understand. This app is really the best!” -Ri _____ If you’re prepping for the ATI TEAS V7 exam, look no further for tried and trusted help in your exam success. We have it all, and more! Choose the plan that's right for you. Receive access to the complete ATI TEAS Test Prep toolkit when you subscribe. Invest in yourself. • 1 Month auto-renewing payment of $12.99 • 3 Month auto-renewing payment of $29.99 • 12 Months auto-renewing payment of $79.99 Please reference the auto-renewal guidelines. Payment will be charged at confirmation of purchase. Subscription automatically renews unless auto-renew is turned off at least 24-hours before the end of the current period. Subscriptions may be managed by the user and auto-renewal may be turned off by going to the user's Account Settings after purchase. Any unused portion of a free trial period, if offered, will be forfeited when the user purchases a subscription. These prices are for United States customers. Pricing in other countries may vary and actual charges may be converted to your local currency depending on the country of residence. Privacy Policy - http://builtbyhlt.com/privacy Terms of Conditions - http://builtbyhlt.com/EULA Questions? Comments? Email us at support@hltcorp.com or call (319) 237-7162. 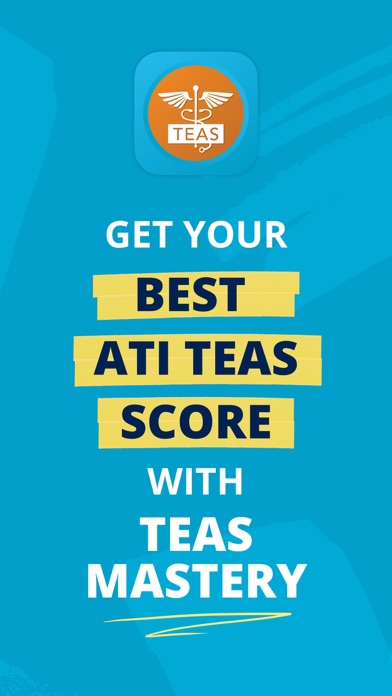 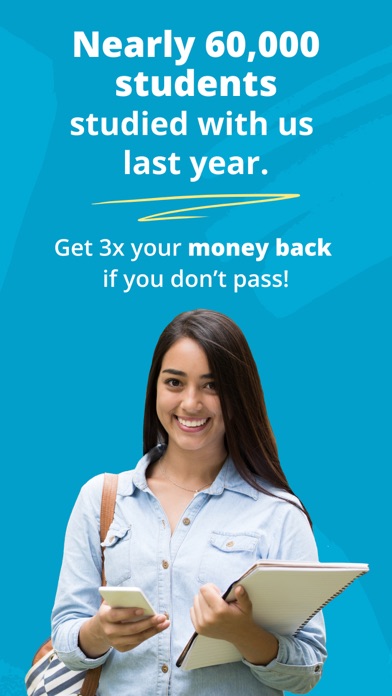 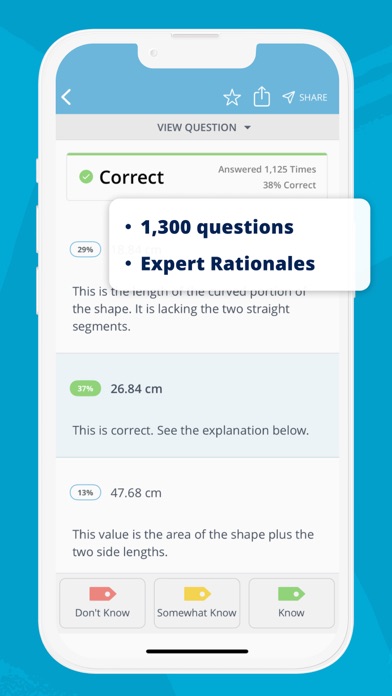 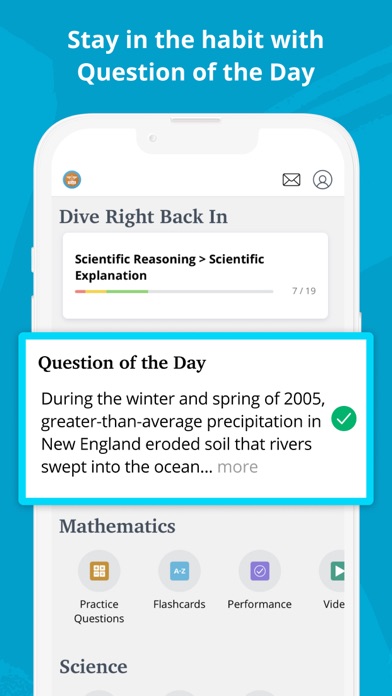 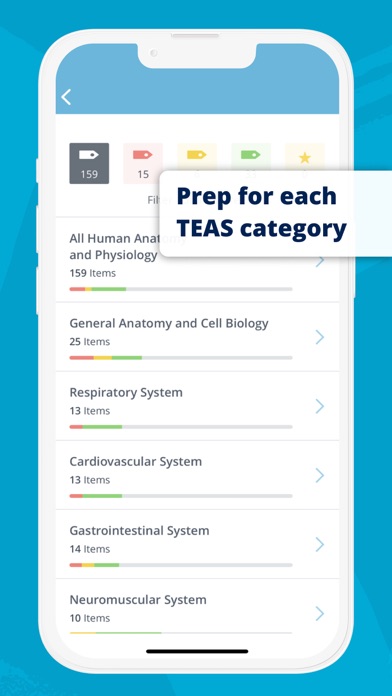 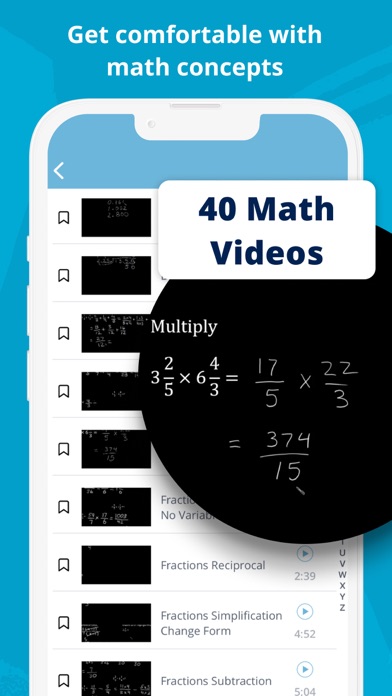 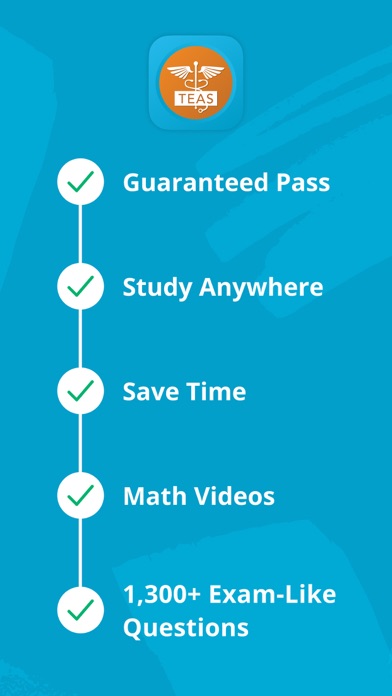 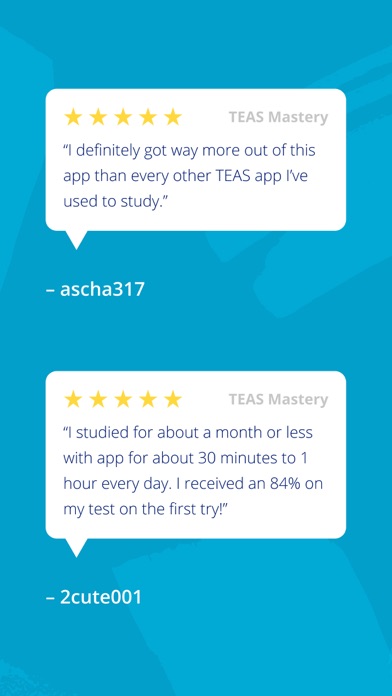 I took the TEAS 7 a week ago. I used this app (along with several other sources) to study/practice. As soon as I took the official ATI TEAS practice exams A and B, I had realized that the questions in the science portion of this app were not nearly as difficult (in depth) as what you will see on the actual exam. It was a bit frustrating. The app did help me to solidify a lot of basic concepts in my mind, but just be aware that doing well on the science section here will not translate to doing well on the TEAS. I ultimately did great, science being my strongest. Highly recommend purchasing the practice exams from ATI!
By NurseFuture12

I started using this app about 2 months before my exam. I tried using it as much as I could like at work or when sitting in the car. I definitely think it helped me remember what I had already learned in class! I would say the questions on the TEAS were essentially along the same lines as this app. I noticed that there weren't very many chemistry questions on the test; it was more focused on biology and physiology. Anyways this app really helped me do well and got me feeling better about taking the exam! I passed with an 85%! Thank you to the maker and contributors of this app it served its purpose well!
By American Kuddy

I love this app helped me set daily goals, but I do wish it had a drop down calculator to use on the math section. That’s the only issue I had with this app.
By Liftitmari

It’s a good app, it breaks down the questions and your able to take practice questions at any time. The problem with this product is that when you purchase it. For some reason it may sign you out and loose all your progress. So there isn’t any progress monitoring. I have been using it for a few months with its subscription and it told me to sign up again while I’m already paying for it. So there is an issue.
By omg tommmmmmmmm

It’s a good app but wording is weird on some questions and then some of the correct answers were marked incorrect and when reading comments on the app others says answers are wrong as well. Doesn’t give me great confidence in what I’m studying.
By 003jbk

I think this app could be really great if they reviewed their content a bit more. There were more than a handful of practice questions that had an incorrect answer marked as correct. But most of the time when this is the case, you’ll see comments from other users noting the correct answer. There was a question about which organ produced lipase, with both the pancreas and small intestine listed among others. When a user pointed this out in the comments, “Nurse Barb” was confused and asked what was wrong about the question — “the small intestine DOES produce lipase.” But if you select the small intestine as your answer, it’s marked incorrect. So even after reviewing this incorrect content, it wasn’t corrected. You should not depend on this as your only study tool. It’s helpful for sure, but check other sources when you can because you don’t want to be memorizing incorrect material. Hopefully they’ll develop a better question review process because the false information was extremely frustrating. That being said, I did use the app a great deal and I found the format intuitive and smooth.
By Sophieqg

Used it for like two weeks before my exam and the practice questions were definitely helpful. They are pretty similar to the ones on the test, especially the math section. It can help point you in the right direction of what you need to study. I got an 82.7 on my teas
By Bleachlover915

I definitely recommend this app

I downloaded this app and studied for several months before my TEAS test. When I first started I was getting 50-65% and after studying for months I began getting 80-90%. I passed my TEAS with an 80%, however, I had COVID and was very sick when taking my exam. I assume it would have been much higher had I not been sick. This app is a great tool to prepare you for this test. I highly recommend setting aside 4 hours to study like you’re actually in the exam. It’s a lot, and it’s important to study for the duration of the actual exam.
By michelle 830

So I scored a 71% on my TEAS. Every section I studied on this app with I received an 80+ %. Study the material and read the explanations. It helps a lot. I didn't study any science (worst plan ever) and I rushed my last section. Take your time and do some practice question each day until you really understand. Google things that aren't clear enough for you. This app is really the best!
By Maybe_ItsRi

When I had android this app worked just fine, but that was a long time ago. Now I have an apple phone and when I click on the app it’s just a white screen. Update: thanks for fixing the issue. I love the app
By mersadesw