Get the official Google Calendar app for your iPhone or iPad to save time and make the most of every day. • Different ways to view your calendar - Quickly switch between month, week and day views. • Events from Gmail - Flight, hotel, concert, restaurant reservations and more are added to your calendar automatically. • Tasks - Create, manage, and view your tasks alongside your events in Calendar. • Video conferencing - Easily add video conferencing to calendar events. • Quick event creation - Smart suggestions for event titles, places and people save you time when creating events. • All your calendars in one place - Google Calendar works with all calendars on your device, including Exchange and iCloud. Google Calendar is integrated with Apple Health to track your workouts and mark Goals as done automatically. 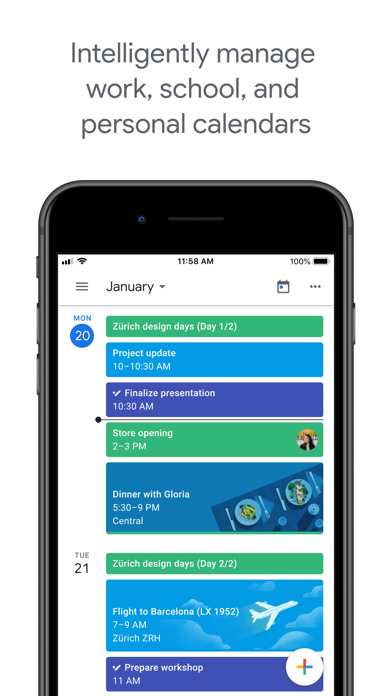 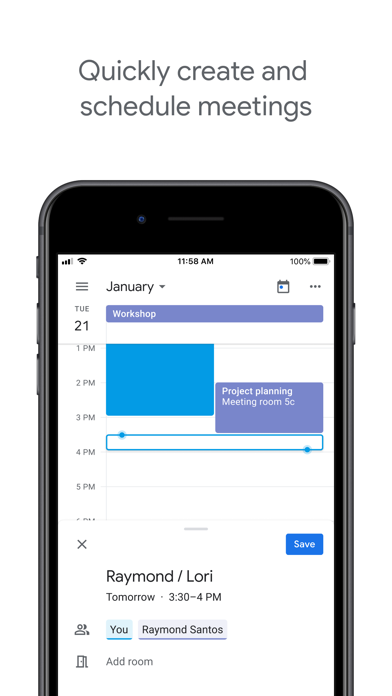 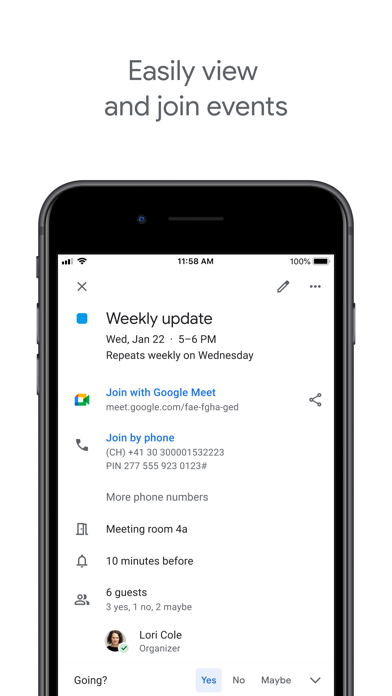 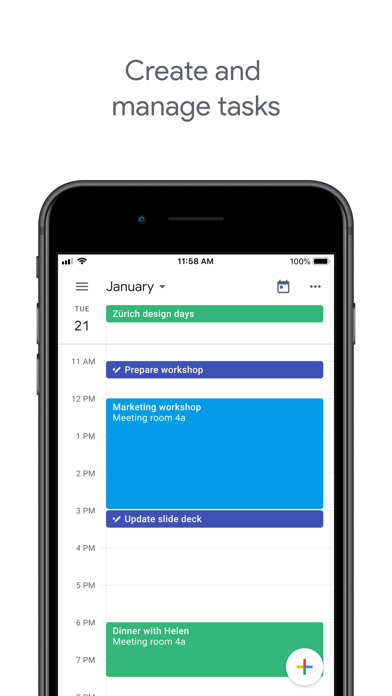 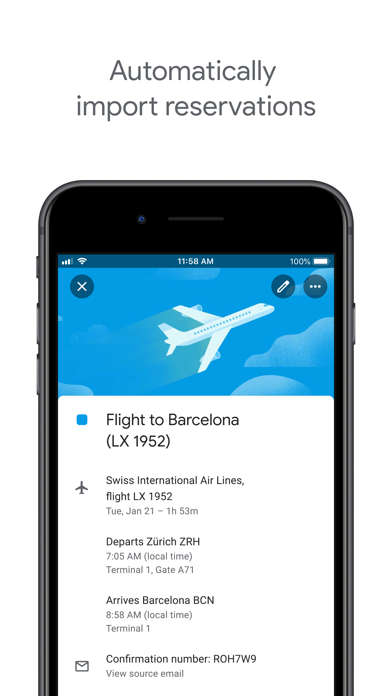 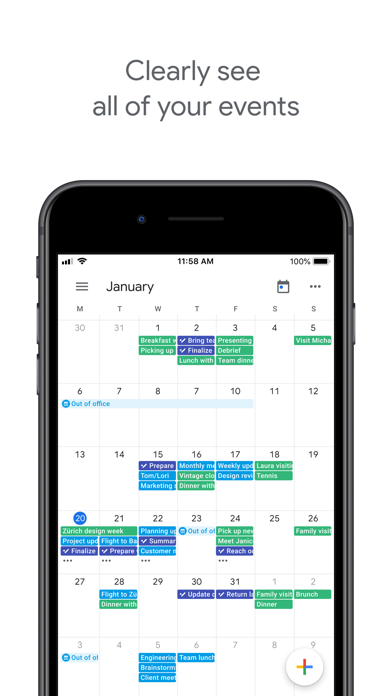 It’s mostly the same as Android but

The widget is worse. Androids widget is much better letting you see multiple days ahead and even lets you scroll down.
By some dbag stole my name

The widget looks super empty when no events are taking place.
By onesamiplayyy

Don’t do the update

It was perfect until the newest update for the widget. Now it only shows the agenda for one day and it doesn’t include the all day events.
By jjk27

The app is great, till it totally fails you and you miss something important because it never notified you of an upcoming event. It is so incredibly frustrating! Yes, notifications are enabled. Yes, the appointments had reminders set in them. It’s completely random, and it makes the app completely UNRELIABLE!!! 😡😡😡😡😡😡
By Jbphdelaney

It works fine as a calendar, but they invent their own design language that makes it fit poorly into an iOS device. They are slow to implement iOS features like multitasking and widgets. Currently, my widget is a large box on my iPad that has a single line that says "2 all-day entries" with about 8 blank lines under it. Plenty of room to show 8 all-day entries, but instead it shows nothing useful.
By rkhamilton

Your iOS 14 widget is worse than the previous non-IOS 14 widget. Why does it only show one day where as the old one showed up to a whole week?
By saIazar

Not just one day only, but 3 events only! And only the 2 smallest. What happened to the largest widget. Like all other iOS calendar widgets. We already have an icon to launch the app. That's all this is — another icon. Completely useless.
By Sorodoros

Not to support my language

This app is nice. However once you create an event you cannot change the calendar of that event if you have multiple calendars in your google account. Seems like an easy fix for Google.
By WorldUser_AM

You actually don’t get frustrated when using it. It’s fun to use I love it and it’s helping me in life a lot
By rduddf