Download the NordVPN app to enjoy fast, private, and secure internet in an instant. That’s an easy-to-use VPN for iPhone and iPad, trusted by millions of users worldwide. NordVPN service shields your online activity from nosy third parties, malicious actors, and intrusive advertisers. How? By encrypting your internet traffic. Why NordVPN? IDEAL FOR PRIVACY We don’t track your activity online. To prove our words, we performed an industry-first audit of our no-log policy by independent auditors. FAST AS LIGHTNING NordLynx, our modern solution based on the WireGuard® protocol, gives you VPN connection speeds that are hard to beat. POWERFUL ONLINE SECURITY NordVPN secures your data with next-generation encryption complemented with top-notch VPN protocols – NordLynx based on Wireguard, OpenVPN, and IKEv2/IPsec. AS EASY AS ONE TAP Just a tap – and you’re connected! Or, set VPN to connect automatically and enjoy full peace of mind. GET HELP 24/7 Our award-winning customer support team is ready to assist you all day, every day. OTHER FEATURES OUR USERS LOVE Unlimited data Protection of 6 devices with one account 5300+ VPN servers worldwide Hide your IP address and location. Stay safe when hopping on public Wi-Fi or any other network. Browse the internet without the fear of being watched and tracked. It’s easy. Oh, did we mention? The first 7 days are on us. Start your free trial now and experience the better internet. WireGuard® is a registered trademark of Jason A. Donenfeld. For more information, visit: https://nordvpn.com/ For Terms of Service, visit: https://nordvpn.com/terms-of-service/ For Privacy Policy, visit: https://nordvpn.com/privacy-policy/ 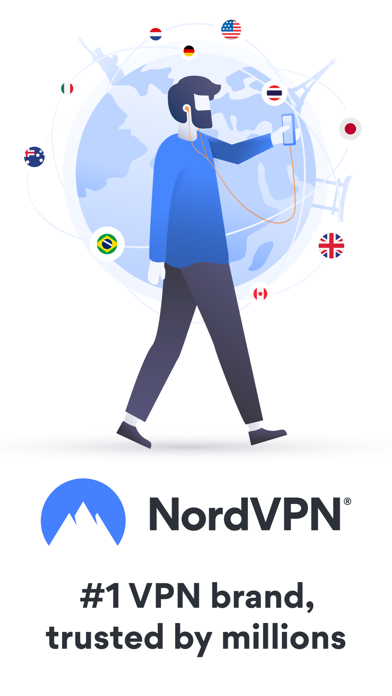 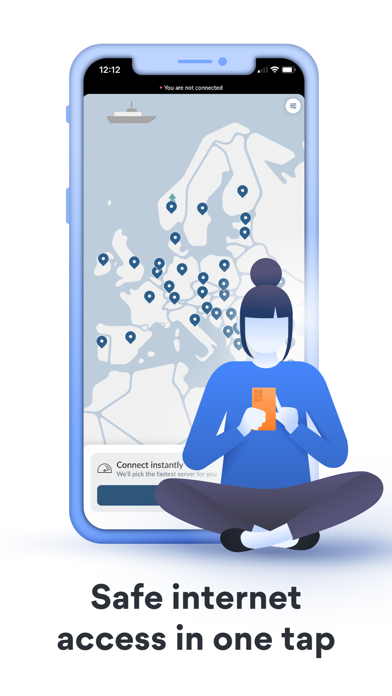 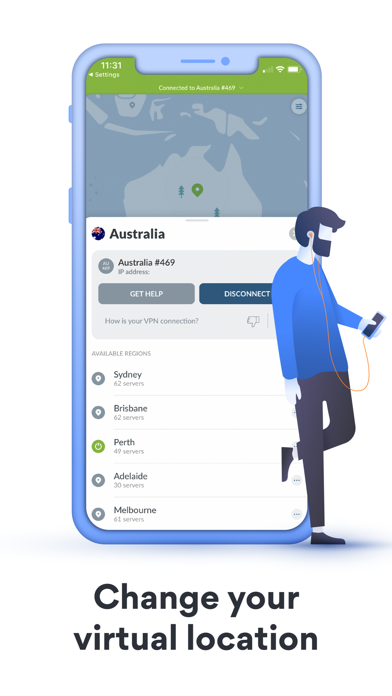 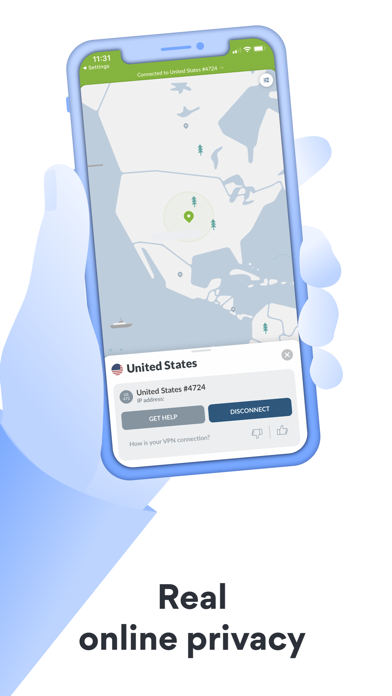 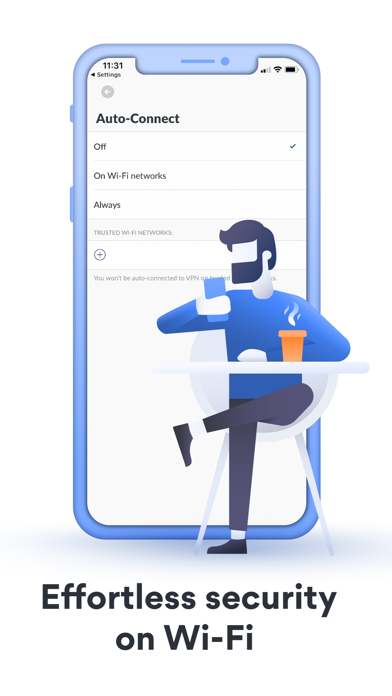 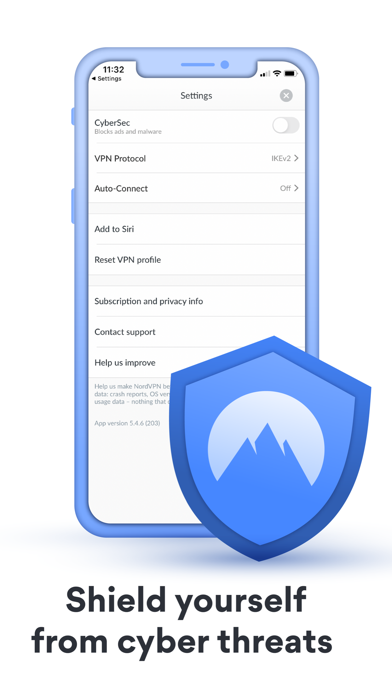 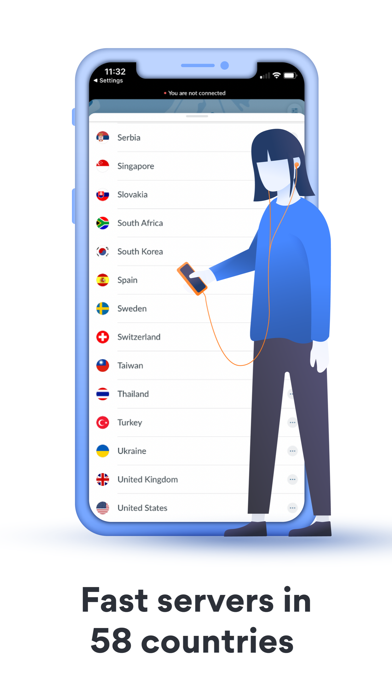 First VPN I can actually stand to use. Doesn't bog down my speed. Plus it's fairly cheap.
By bcs491

I really want to like this service but I doesn’t ‘just work’. Why can’t it change the server on the fly instead of slowing down until I reset it? It often randomly causes issues with airplay. It will keep trying to reconnect to a dead server cutting out my connection.
By Airliners321

This is the fastest vpn I’ve used so far and it’s not even close. The nord lynx vpn protocol is a game changer when it comes to speed and privacy. Keep it up!
By minguree

sometimes I look up and the nordvpn text is just gone! not stable, and have been sitting in the same place. next more bugs, when trying to disable auto-connect, it would not disable, even though you told it to in the app. VPN status would turn itself back on :( , it wouldn’t turn off in settings either, it has persistence. I deleted the profile and the app, i refuse to use this app on mobile anymore. the UX is not well implemented.
By therealcrawsome

New update, not that great

Your new update didn’t did so much for the app in my opinion I liked that I could chose the city in countries like the us, but I liked to chose also the servers for the city and chose the one with the least downloaded percentage, now it takes forever to upload anything using the vpn because I don’t know the percentage of download. Pleas fix this
By Hehdhdhshshshsnnshs

There’s been a change to the server availability

Until last week I was able to choose which server in a region I could connect to and now that choice has been eliminated. That choice was the main reason that I purchased this VPN. If the choice is no longer available I will take my business elsewhere. I’ve sent a request into the Nord team but haven’t received a reply yet.
By alaskanfun

The app won’t let me select what server I want to use anymore. You can just select the city then it auto connects. Will definitely be looking for a new VPN provider.
By StuartKoch

Worst update ever! Please please bring back server selection. That was the best features. And please don’t respond to this with some canned response about “you can still favorite and search for individual servers” cus that is not what people are asking. Listen to your users!!
By DRock69

I have not been happy with NordVPN. It drops service and have to reconnect.
By redbaroness2017

The last update has a bug. The vpn will not turn off on my phone. Even if you turn it off the phone will state is is disconnected but the vpn icon remains. Pages will not load please fix
By PNW mtbiker