Sittercity connects millions of families with caregivers. Sign up for free on our app, or on Sittercity.com, and get the tools you need to find the right local babysitters or nannies for your family with confidence. You must be 18 or older to use the Sittercity platform. Begin to build your team with us by connecting with experienced child care providers who can help you with needs like after-school, date nights, full or part-time care, regular schedules, and more. Families [+] Post a job for free detailing your child care, school help, or even tutoring needs [+] Get instant notifications when babysitters or nannies apply [+] Filter your search results based on criteria like experience and skills [+] View detailed sitter profiles with photos, availability, background checks, references, and parent reviews [+] Book an interview with your favorite sitters Sitters [+] Get regular notifications about new jobs in your area [+] Create a professional profile to showcase your skills and experience [+] Apply to jobs and message parents right from your phone [+] Filter your search to see job opportunities that fit your schedule [+] Meet new families when they request to interview you Already a Sittercity member? Welcome back! Simply log in to access your account. Please note this nanny and babysitting app is focused on finding child care or finding a babysitting or nanny job as a child care provider. Visit sittercity.com to find pet care and other care types such as senior care and special needs care. Privacy Policy - https://www.sittercity.com/privacy Terms of Use - https://www.sittercity.com/terms © 2001–2021 Sittercity. All Rights Reserved. 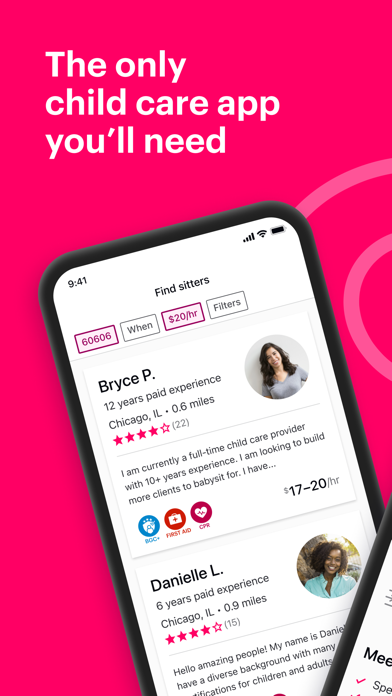 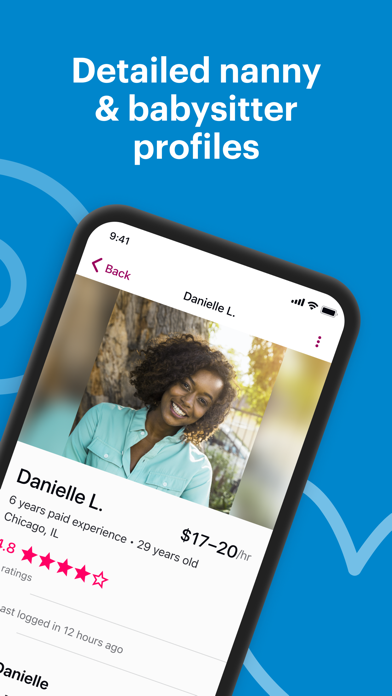 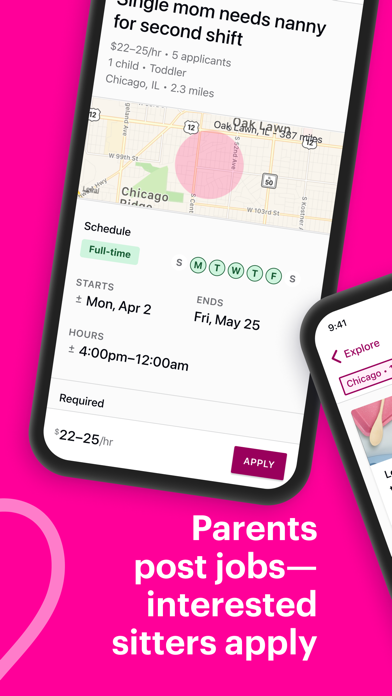 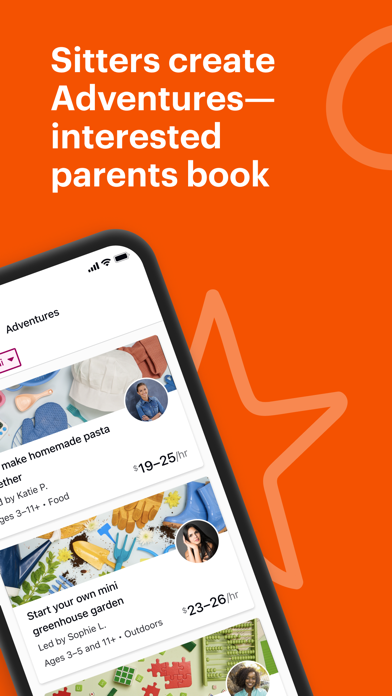 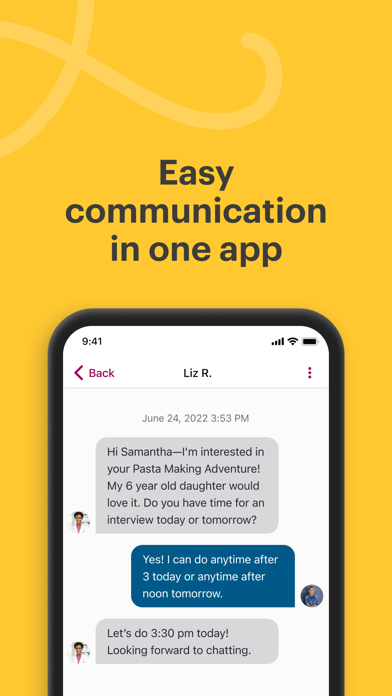 I love this app
By Babysitterlove

UPDATE: They responded to my review so I reached out and “Kim J” a random support associate disbanded my account even though I haven’t used it in ages because it was easier than dealing with harassment claims! Useless app care.com is sooo much better! Allows users to harass caregivers. Had to delete my account and wasted $ on a comprehensive background check and lost an important stream of income due to the lack of support they give Users. Even Care.com is better than this!
By thatbvtch

While I don’t usually have problems with the desktop version, the app is the worst thing I have ever experienced and it’s been the same for at least the past year. The most frustrating thing is looking for open jobs to apply for and then noticing the date for the one-time jobs are old! Every post I click on is for a job from weeks ago. And then if I try to apply for a current job, there’s suddenly a character limit which doesn’t exist on the desktop version. Plus, it doesn’t save your intro messages to families so that you can easily apply to jobs. I have to either type up something new each time I apply for a job or copy and paste my intro message from my phone’s note app. Very frustrating. It takes up so much time. The one thing I will give the app, however, is that when families contact me, I am immediately notified on my phone and can easily respond back with no issues.
By JBHol

Subscribed through iPhone subscriptions and won’t let me use premium features even after payment went through.
By shy1112

Difficult to find a job but a better application than care.com
By Faustina000

Vet families better and allow sitters to review them

The 1st job I accepted on this platform led to a 1-star review I discovered a month later. The family I babysat for had a two year old boy. Immediately, as I entered the house I noticed the strong smell of marijuana. The father was smoking marijuana in the garage, while I could see him through a glass door. There was no respect for my preferences to be around marijuana or not which is concerning because this was our first and only interaction in-person. After I left, the father sent me an even longer list of tasks that included things he did not mention beforehand. I told him I didn’t want to work for them anymore and he became outraged. He proceeded to send me screenshots of scam methods and told me he could’ve “blessed” me if I would’ve stayed long term. I called the mother and asked why did they leave the extremely negative review and she rudely talked over me and hung up the phone. The father messaged me shortly and “perceived” the phone call as inappropriate just as he “perceived” I had an attitude over text messages. This family was incompetent, unprofessional and rude. I reported them several times to Sitter city yet the review is still posted. There should be an option for sitters to post a review of their experience or at least respond to reviews that impact your profile. I will not use this app from here on out and I wouldn’t recommend it to anyone.
By Marvelous~

I am a sitter and was trying to complete the verification process. I show my ID both sides and a picture of myself and it said invalid so I have to pay $20-$60 for a criminal background check. How very convenient for you 🤨
By 🅕🅐🅡 🅢🅔🅐🅢

Almost feels like a scam after paying $87 for the upgrade now I am unable to log into my account. Who can we call for help?
By Country Lover - City Born

App is filled with “schills” and fake profiles

Signed up, provided address information and posted job notice; about a week later had one applicant who was obviously a generic fake profile which the user has to pay the app to contact. Too bad. Good concept, but this one is a scam. Nope, sticking with previous review. It’s a scam.
By RabbitGame

Doesn’t give you the ability to really narrow your choices. Also doesn’t let you hide posts you don’t want to see in the results. The search option needs to be adjusted to see jobs that are local and relevant.
By givemethatedm