iClicker Reef allows you to answer questions using your iPhone, iPad, or iPod Touch. Tap to provide your answer and receive instant feedback. Compare your vote to the rest of the class. After class, access the saved poll questions to study for a quiz or exam. All data is stored on the cloud so you can access it anywhere from any device. KEY FEATURES: • Free trial subscription with account creation • View your instructor’s questions as high resolution screenshots • Compare your response to the class results • Session history is stored in the cloud so you can access it anywhere • Multiple Choice, Short Answer, Numeric, and Target question types • Receive correct/incorrect feedback when your instructor grades the question • Review the questions and answers to study after class • Works alongside all iClicker remotes 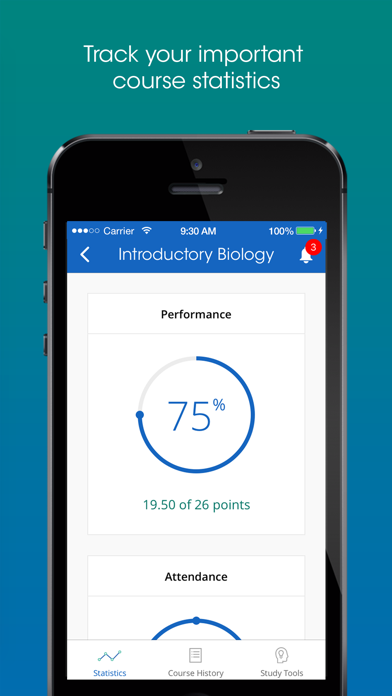 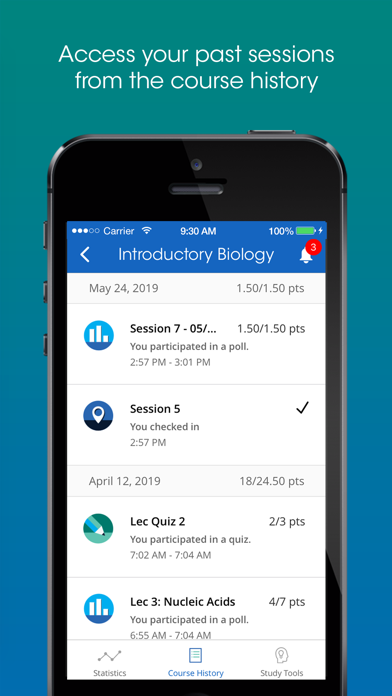 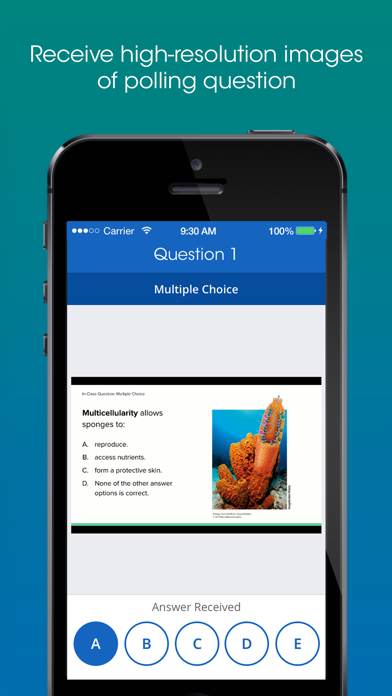 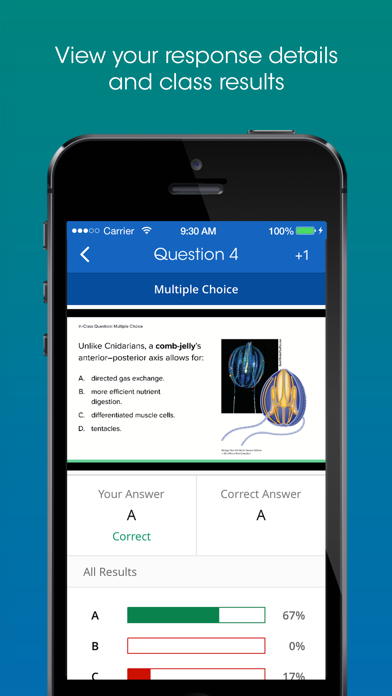 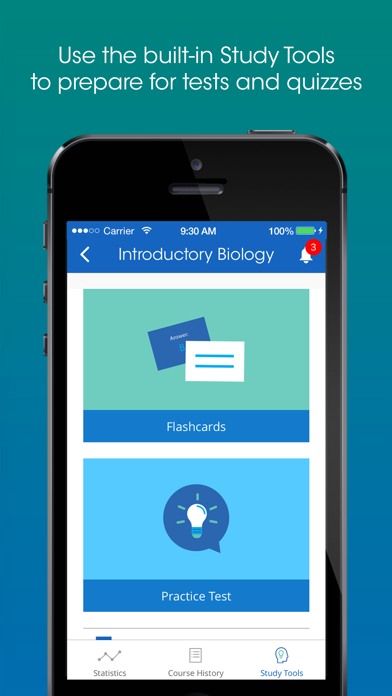 If I could give it zero stars I would

Overly expensive app that functions at best 100% worse than an integrated blackboard collaborate poll. The UI is boring and simple, with a subscription costing $16 for 6 months, all for a course that is a useless prerequisite. Waste of my money and just another way to extort students who don’t have the money to waste on such useless trivial apps. The same software exists on free applications such as Microsoft teams, blackboard collaborate, and zoom and it doesn’t even crash every time I open the stupid app.
By waste ofmoneyandtime

You have to pay to attend classes which is completely stupid. You’re paying additional money to attend something you’ve paid a hefty amount for
By Antonio San-Far Hariso

Terrible. Professors should stop using it

What a joke of an app and professionalism. Half the time you click an answer and the click doesn’t even register. Professors should stop using this app as it’s and insult to the students and academic integrity.
By fkplarium

It does not give any notice when your free trail expires. And you are unable to join the class!!!
By Alfred3346

Don’t inform you of subscription

They don’t tell you when you download the app that you need a subscription, so you don’t realize you can’t use the app til your professor has ALREADY closed the question. So now I’ve lost points in a class I’m already failing. Thanks a lot 🙄
By Asjley Jennessey

This app is made purely to steal money from those who can’t not use it. It has no competitors so they can set the price to whatever they want, 2-3$ for a semester would be reasonable. Anything more than $5 isn’t. If the app did more it would be reasonable, but an app used purely to take attendance and answer the occasional multiple choice question isn’t. This app is purely theft and should not be used.
By Bob128637

An overpriced subscription for an app with such a simple idea. Constantly crashes and has errors with joining classes and quizzes
By MicShef

Stop asking me IN APP to rate your app