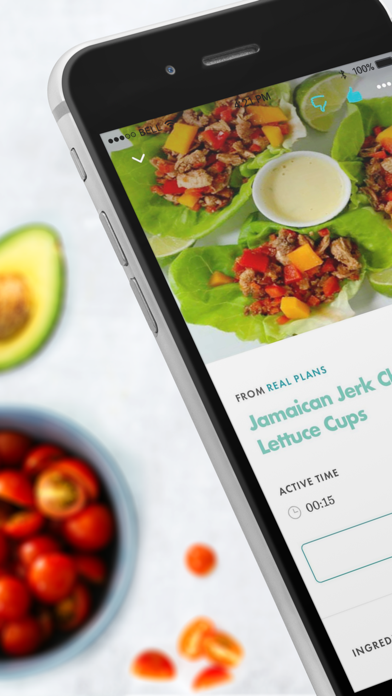 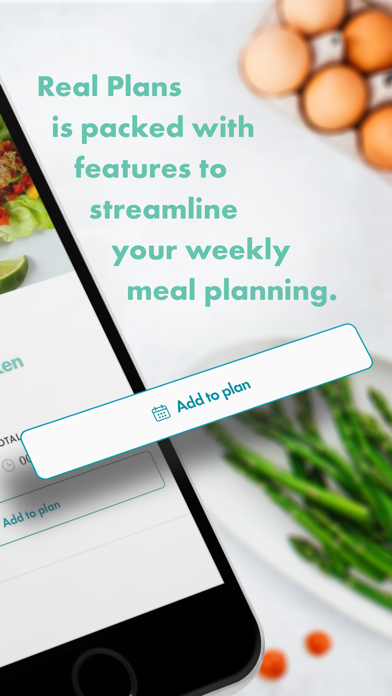 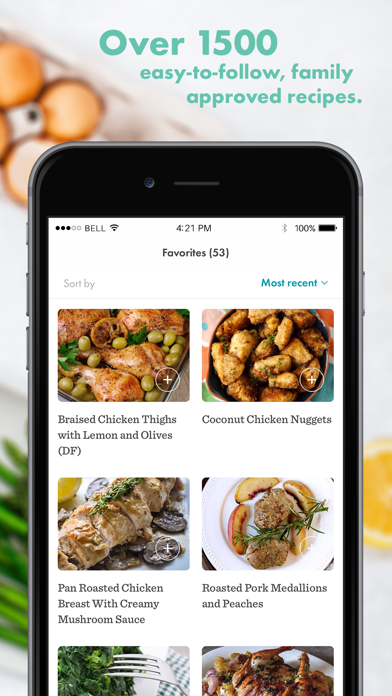 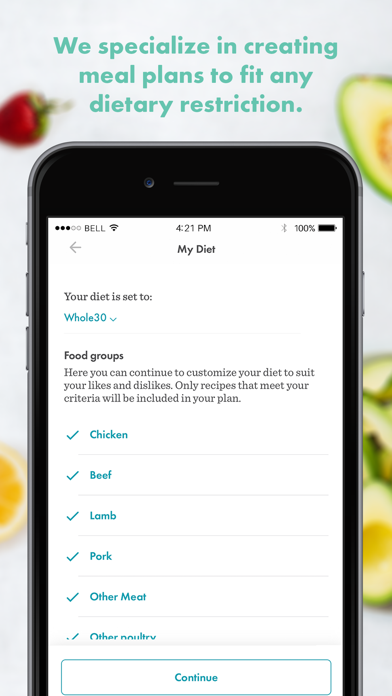 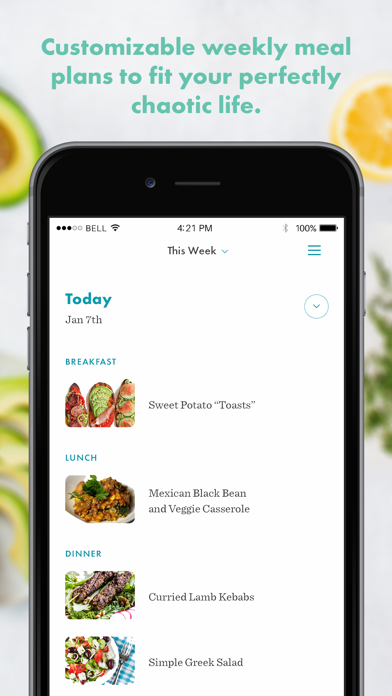 This app has changed my life! We are a family of six, and dinner used to be my enemy! Now, I just shop once a week and know I have everything I need for every meal in my fridge. The food is delicious and my family is stoked. I love it so much I could cry!
By gina.marilyn

The app has some good meals. The planning is relatively easy to use. The grocery list I like. The app is agonizingly slow to go from on screen to another. Cute pot with hearts popping up out of it while you wait, but has turned into annoying. And this isn’t because of wifi or cell service. This has occurred in many locations with many level of bars.
By BillOrsak

Recipes so basic a 4 year old could write them

I downloaded the app after it being recommended by a friend, I also downloaded a similar meal planning app and will definitely stick with the other one. I downloaded to make my life easier, to meal plan for me, so we could find new, creative recipes to get us out of the same routine. You can imagine my excitement when I created my first meal plan. My recipes consisted of- toast, scrambled eggs, green beans, Greek salad, avacado toast, chili, tuna salad, etc. This was so anti-climactic. Doesn’t live up to the hype, total waste of $. We will be using the other app.
By 10rmb1994

I use the app daily, I love all the recipes and food. It’s helped me even loose weight and look forward to cooking. However I have had issues with the app randomly canceling my subscription, making me pay double and locking me out of my account. For example I was about to cook dinner tonight and the app locked me out and said I needed to renew my subscription. When I clicked to renew my subscription it wouldn’t allow me to resubscribe because it was registering that I am already subscribed however it won’t allow me onto the app anyways with out purchasing the more expensive subscription along with my current one. So now I have everything to make dinner but no recipe and can not find the recipe online...... I contacted online support and haven’t heard anything back. Their customer service isn’t very good and they don’t take responsibility for the app not working. Last time this happened they told me they couldn’t help and I needed to contact the Apple store. When I contacted the Apple Apple store (on the phone) they confirmed that it was Real Plans responsibility for the app having issues. Thankfully the gal on the phone for Apple ended up finding a way to help me.
By MarieSala

I previously used this service and although it was often difficult to navigate I found some great recipes. However, I recently decided to use it again to do the whole30. In addition to charging a monthly fee they are now also charging for programs. The only reason I ever considered using them in the first place was because they were endorsed by the Whole30 and the fact that they've started charging so much more for that program doesn’t seem like a coincidence. Even this I could have moved past but many of the recipes I had saved have been erased which defeats why I decided to use it again. All in all the company fails to update customers on changes that allow us to decide if this is the right platform. It is again difficult to navigate and dangerously close to being exorbitantly overpriced. Furthermore, many of the recipes seem to be submitted so the clients are doing some of the heavy lifting. How are these prices and the other app failures then justifiable?
By Zetta Gaye

Can’t get into app

Not sure if I was charged but I can’t get into the app. It won’t scroll down to the part that says I don’t have an acct and need to create one.
By cgbrn

I really wanted to like this app and company. However I didn’t use the app enough to keep and and canceled my subscription according to instructions given through the app. This was completed 2/10/20, 12 days before my subscription renewal date. Even after canceling my subscription well within adequate time, I am still being charged via PayPal for a subscription I have not had in almost two weeks prior to renewal. I have spent over FOUR HOURS contacting Apple, PayPal (and getting my cases for inappropriate charge denied), and real plans trying to resolve this issue. Both Apple and realplans have validated that I have no active subscription. Still waiting for my full refund and this issue to be resolved. Don’t waste your time or money. Unless you want to be charged for a service you opted out of unjustly.
By Klmleo

Like this app but advanced settings (food exclusions, tags) often don’t take. Had to get support to reset from their end. After that I just had to fiddle with different settings hoping something would trigger an overwrite. I subscribed to the whole 30 plans.
By SPMCLT

The screen on the app won’t scroll so I can create an account. It only has a login. I will periodically try again but until I can login gets 1 star.
By Sabi3

The worst recipes what a waste of money.
By Dan Steinberg