ABOUT THE ECONOMIST ESPRESSO The Economist Espresso is a daily morning news briefing from the editors of The Economist. Delivered to your smartphone before breakfast, it tells you what’s on the global agenda for the coming day. Espresso summarises the latest news and highlights the most important stories of the day ahead in business, finance and politics. * A morning news briefing from the editors of The Economist * Published six days a week (Monday - Saturday) * Available by 6am with separate regional editions for the Americas, Europe and Asia * Free access for 30 days for new readers. Espresso subscriptions start from just £4.99/$4.99 per month. If you have an existing digital subscription to The Economist simply log in. Espresso distils the latest global news and provides bite-sized analysis of the biggest stories of the coming day. Delivered first thing in the morning and taking less than ten minutes to read, it is the ideal way to inform yourself for the day ahead. Espresso is part of The Economist newspaper, which offers award-winning global analysis of everything from business, finance and politics to science, technology and economics. The Economist covers every region of the world, including the United States, Britain, Europe, Asia and Latin America. All of our daily and weekly analysis is available via The Economist app (search for 'The Economist' ) New readers can try Espresso for free for the first 30 days. Subscriptions to Espresso start from just £4.99/$4.99 per month. SUBSCRIPTION IN-APP * Subscribe in-app and take advantage of our free-trial offer * At the end of the 30-day trial period, a subscription will automatically commence at the standard monthly rate * You will be charged in your local currency at the prevailing exchange rate as defined by Apple. Payment is charged to your iTunes account upon confirmation of purchase * All subscriptions automatically renew. Your account will be charged 24 hours before the renewal date, at a cost of GBP £4.99 / USD $4.99 / EUR €4.99 / HK $23.00 a month * You can cancel your subscription from your iTunes account settings at any time but you must turn off auto-renewal at least 24 hours before the end of the current period to avoid being charged again * Full terms of use can be found at www.economist.com/legal/terms-of-use * Our privacy policy can be found at www.economist.com/privacy Try Espresso today for 30 days free. 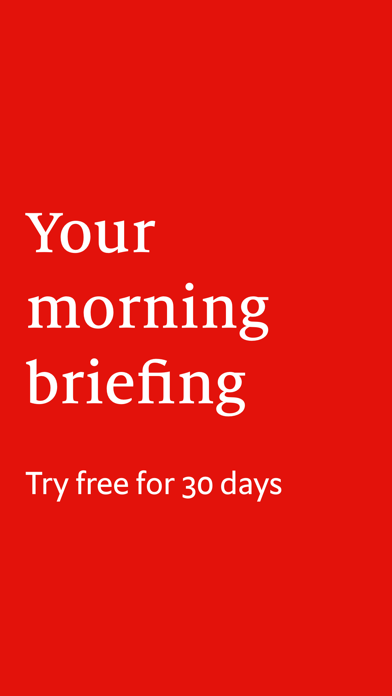 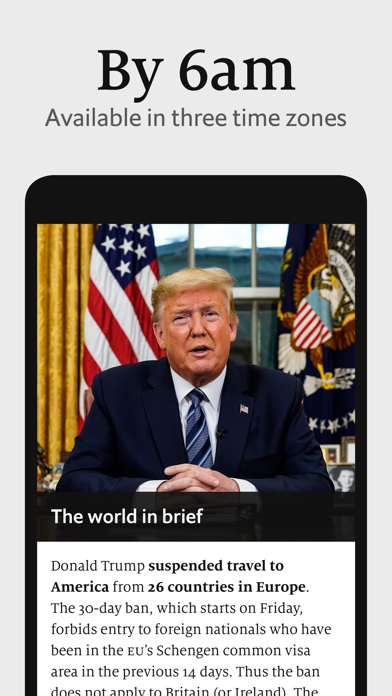 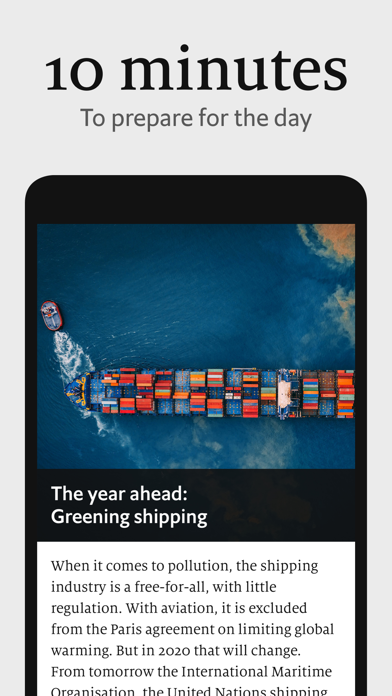 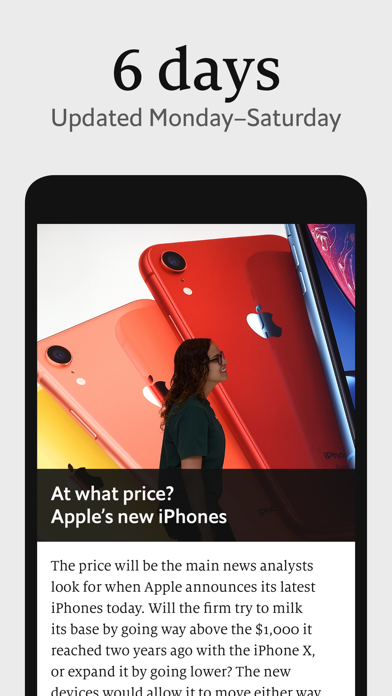 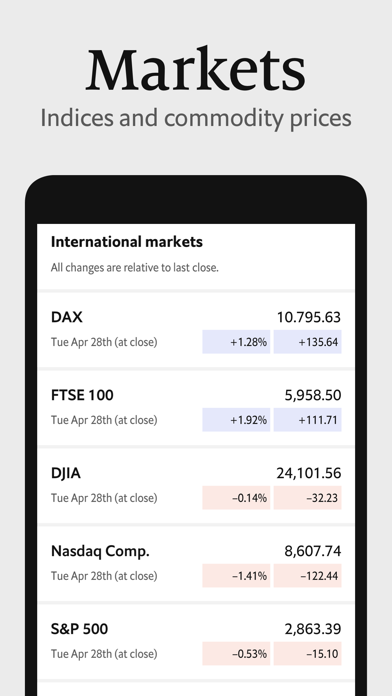 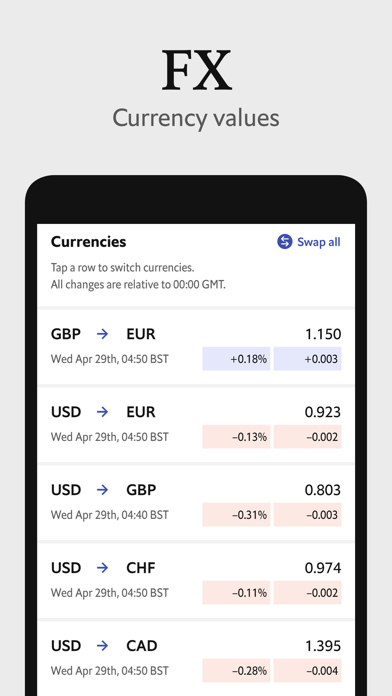 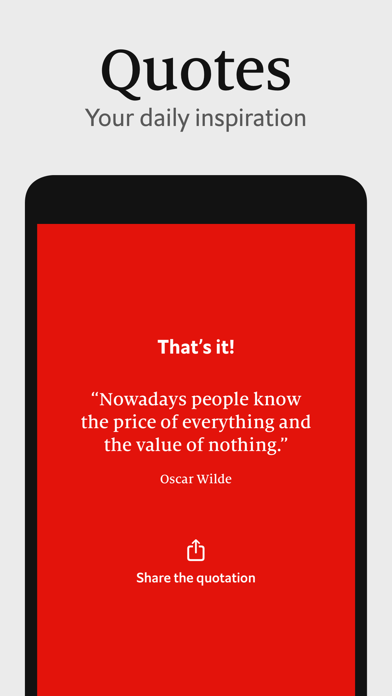 These snippets news are a great way to start the day and still pack a big punch like their namesake.
By Portneufjoe

Love the app except that it should allow an option for much larger text like in the regular Economist app. Thanks!!!
By Disgruntled Bloomberg Fan

I really enjoy Espresso every morning. The daily quotation in the last page of every edition is especially welcome. But, it would be helpful for me, and maybe some other readers, to include a brief description of who the author of the quotation was. Many quotations are from authors, politicians and others who may not be as well known to most readers. For example, it would be helpful to have more context about a quote attributed to James Wilson - Scottish economist, founder of the Economist periodical, 1805-1860
By pelbling

I enjoy the daily update on events around the world but I am getting disillusioned by your annoying, and ideologically driven selectivity. For example, in today’s edition you report on an attack on the US Capitol without mentioning his race (black) or his political affiliation (devotion to Louis Farrakhan and the Nation of Islam). Such reticence would not have been on display if the attacker had been a member of the Proud Boys. It is well past time for The Economist to return to critically objective and balanced reporting of facts that has been so obviously lacking since July of 2015. David M. Rowe
By David M. Rowe

I’m paying for a service. Why are there ads in this application?!
By plaidapple

The Best News Source You Will Ever Find!!!

The Economist is the best publication on the planet. If you want to learn about this world and know what is going on, you must read the Economist. It’s simply the best!!!!
By aimlesspoet

Espresso gives me quick, detailed and thorough updates on the days news that I can read during a quick lunch. And the daily quote a highlight of my day!
By FullSizeF150

A good fast and engaging read of the upcoming day’s events. It’s a decent compliment to the weekly Economist...
By economist-69

Espresso provides me just the right mix of world news updates and ideas to consider over my morning’s first coffee. Exactly what I was looking for in online briefing.
By ApEddow

Espresso is a concise script of world events within 24 hours of each morning's dawn press release. The script is by The Economist. Like an espresso, it preps the reader, in this case with a shot of salient world news.
By Bernanto

The Economist (Legacy) US

The Economist (Legacy) US Tab