Find new stories or share your own with WEBTOON™, the largest webcomics community in the world. Home to epic sagas, short stories, manga, and daily comic strips, access thousands of creator-owned comics anytime, anywhere across 23 genres, including romance, comedy, action, fantasy, and horror. Dive into WEBTOON™ ORIGINALS, award-winning comics which update weekly. Discover new voices on CANVAS, where creators self-publish their series to a vibrant, diverse audience. Join WEBTOON™ and find YOUR story today. Follow WEBTOON™ on Instagram, Facebook, YouTube, and Twitter to join a community of 64+ million readers around the world. Website: www.webtoon.com 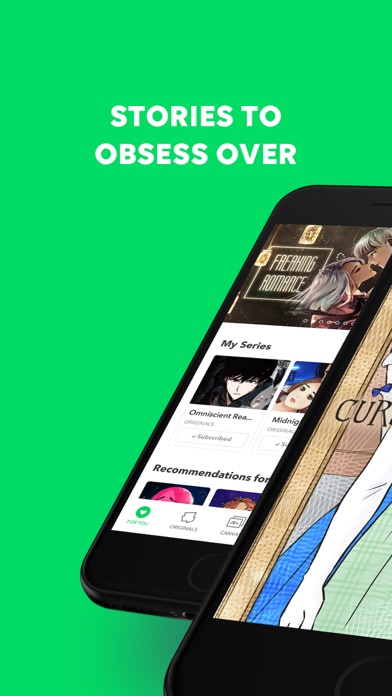 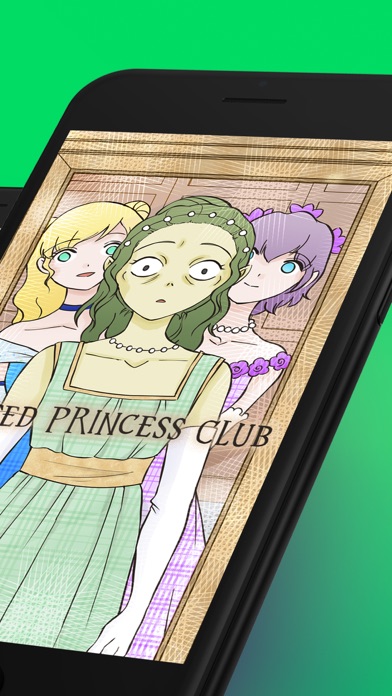 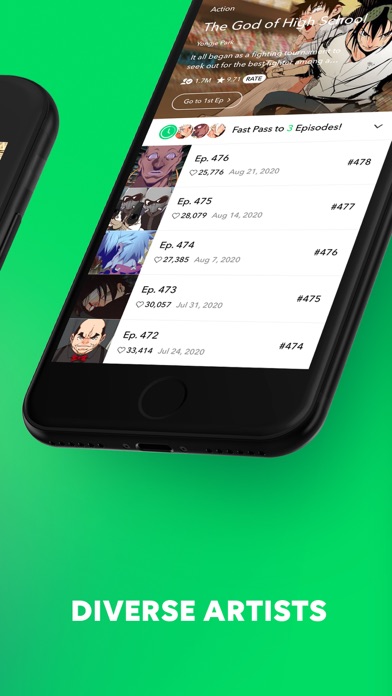 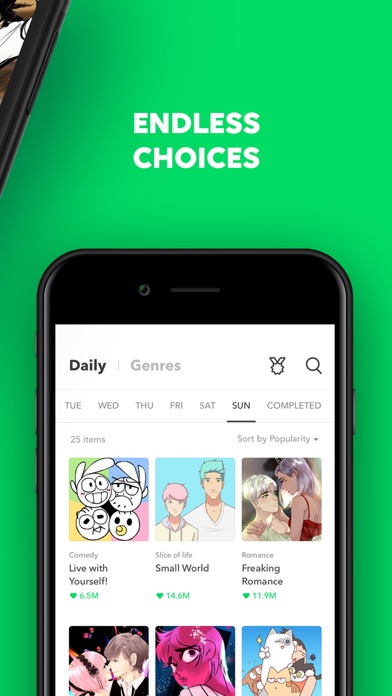 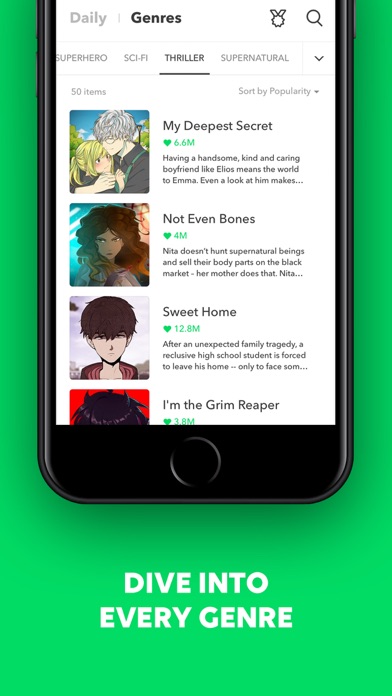 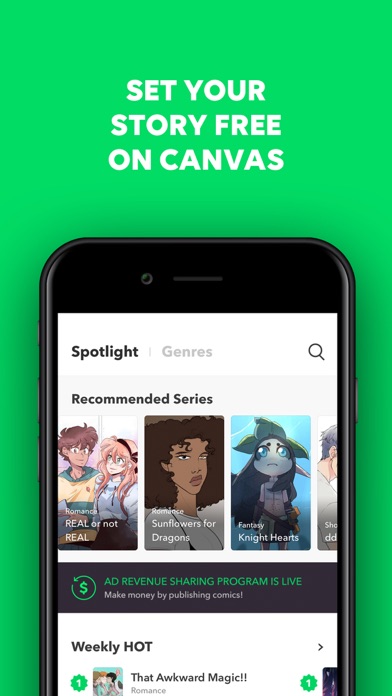 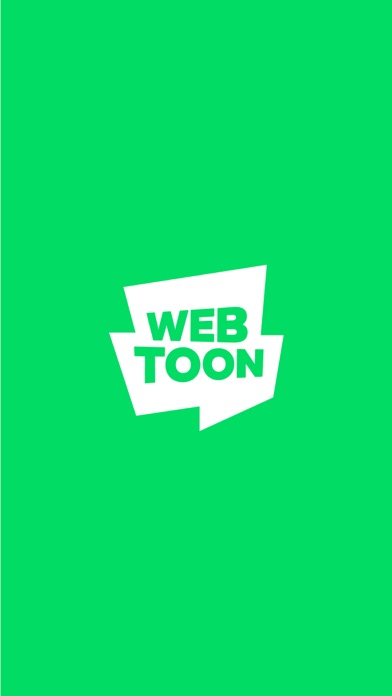 I think it would be way better if when you just start your WEBTOON series you should get five coins for free just for a little starter.🤗
By wxcvnnbn

I absolutely love WEBTOON. It’s my getaway from the stresses of life but it really started overheating my phone from the last few updates. I exited the app to write this review and my phone is already cooling down. I have the latest model too! Please fix this overheating issue!
By Scarl3tte

Can we please please please get some sort of monthly fee to read whatever we want instead of paying for coins??? I’d be willing to spend a decent amount for that. Otherwise this is one of my favorite apps
By Hollisyork

Used to love- daily pass and paywalls are too much

There was a great time in this app’s history when there was plenty of awesome content for free. Then they added ads and pop ups, that was fine. Then they added pay to skip ahead, and that was fine. But now they’ve made it so you can only read 1 a day and this is no longer okay. I like to read comics all at once so it is incredibly frustrating to try to read a comic with several hundred episodes one day at a time. I’m always in fear now that the comic I’m about to start reading will go on daily pass without notice and I won’t be able to read. Such a corporate disappointment.
By Suvilove

Love being able to read a lot except for some completed series. Can’t binge some because of the daily pass. Would love to have the former scrolling feature back too which was when you can tap to scroll down a chapter. My wrist and base of thumb hurts sometimes now.
By JennieCake

Webtoon is by far one of my favorite apps. I’ve been on the app for years reading an endless amount of comics. I actually like the fast pass update I feel it give avid readers a way to give back to the creators but after the new update where older completed comics we now have to pay for I feel is unfair. I’ve been on the app since when tangents meet and untouchable first came out and have re read them a multiple amount of times but now I have to pay to read it?! I just think that’s absurd. And once these new featured stories are completed what’s to say they make us pay to read the story again even if you used the fast pass. It’s just disappointing to see my favorite app stoop so low to get more money from the consumer knowing full well their loyal fans and readers would pay the money to re read their favorite comics.
By fantassiia

This is so annoying, you guys NEVER listen. I still was no able to collect my coins because of you guys and so many people have had the same problems but you wont listen !!!
By oinkonke

ok so, if you read the flipaclip reviews, you might have seen me there, but I have a issue here, when I was reading the comic “unORDINARY” & when I finished reading one of the episodes, then when I clicked the other episode, IT LITERALLY SAID I HAD TO GIVE IT 5 COINS OR SOMETHING, JUST TO READ! LIKE BRUH why is this even necessary!?!?!? & one of the episodes just came out & I don’t even understand what’s going on! Just cause of that! Now you might be thinking “OMG YOUR SO DRAMATIC WHY DONT JUST BUY SOME COINS INSTEAD OF WHINING LIKE A BABY!?!?!” Well, I ain’t gonna spend money on just a comic, & plus, people need money on other things! I even looked at the comments in other comics & some of them said “TAKE MY MONEY THIS IS MORE IMPORTANT!” Or something, like can you add a way to make coins yourself? (You probably need to make a comic to get coins) oh & sorry for being kinda rude, but I’m extremely frustrated at this, hope you read this & remove this or add a way to make coins without paying or making a comic -Audrey
By -missy kitty queen-