Key Features of Weather & Radar USA: • Precise weather data and forecasts • Innovative weather and temperature maps • Severe weather alerts and blizzard tracking • Local temperatures, ice and snow risk • Ski resort forecast and snow heights • Weather, climate and environment news Weather App Be ready for everything winter may throw at you with Weather & Radar’s free app! Always know when the sun will be out, if freezing conditions are expected or whether a blizzard may be heading your way. The weather app will accurately display current and future weather conditions for your exact position in the US and around the world. Weather Forecast Everything about the weather at a glance! The latest details on temperature, wind chill, probability of rain or snow, wind, sunshine and severe storm risk. Plan your journeys or short breaks with confidence using the 14-day weather outlook feature. Weather Map More than just your standard radar map! Discover our industry-leading weather map, including high-resolution satellite data, rain, snow, sleet and freezing rain areas. The enhanced weather map allows you to track real-time meteorological conditions down to city and county-level. Whether you’re in New York, Boston, Chicago or Denver, track the movement of clouds, fronts and winter storms. Severe Weather Alerts Using the latest weather modelling and storm tracking technology, our weather alert service will always keep you updated about inclement or dangerous conditions approaching your area. Ski Resort Conditions You can rely on Weather & Radar's free app to get the latest forecast and snowpack data. Easily find the best spots to make your skiing trip a success with live updates on lift status, trail and terrain conditions. 90-Minute Trend Need an accurate short-term trend before you head out? Our 90-minute nowcast feature gives you all the local and time-critical data you need, using the latest technology to pinpoint the movement and arrival times of rain, snow or storms around your location. World Weather Save any location and see current conditions for any number of global locations at once. Global weather data at your fingertips! Terms and Conditions: http://www.weatherandradar.com/ios/terms-of-use/ Should you have any queries or comments, kindly contact us at info@weatherandradar.com 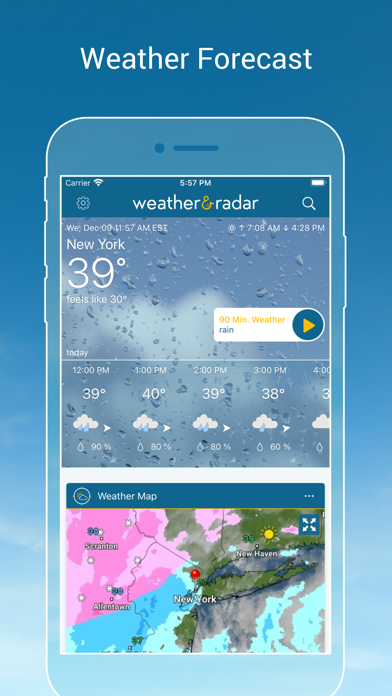 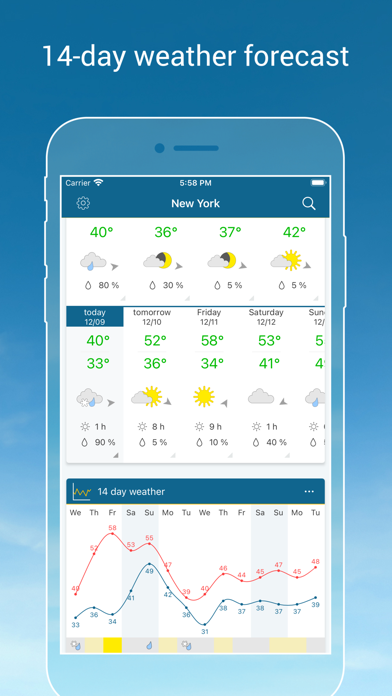 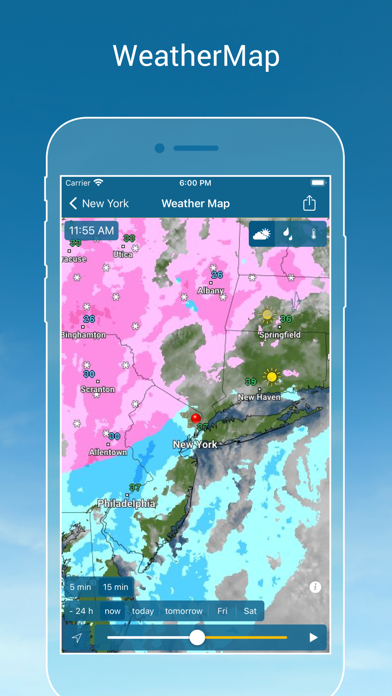 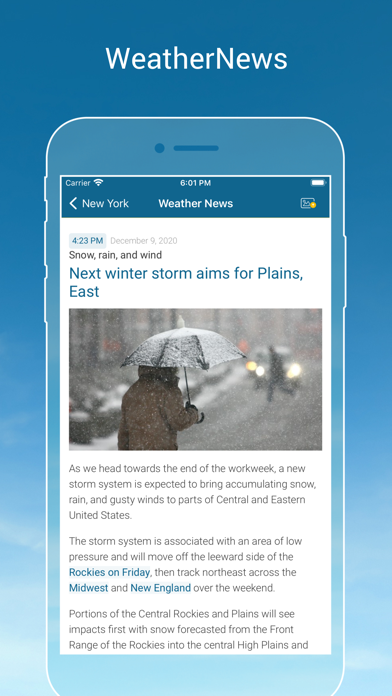 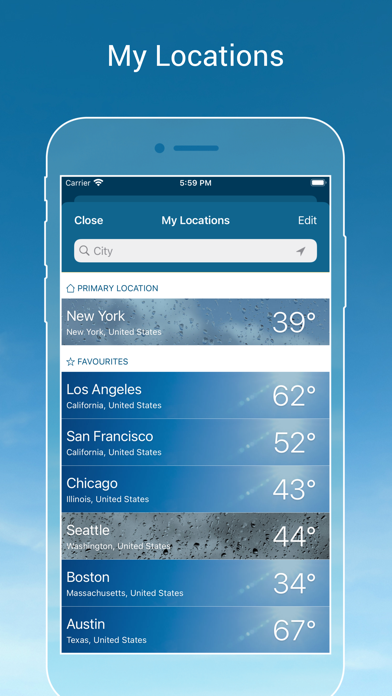 I love this app
By Oliviadoesnails

Thank you for a very transparent privacy policy, especially for the free version! This company very clearly states what the collect, how it’s used, and whom it’s shared with. There are ways to opt-out, but I suggest paying for Pro to avoid the data collection. I would give 5 stars if the app incorporated more pinpoint weather data in the US. This app is well built and the databases for the forecasts are reliable for most areas I’ve traveled. I haven’t used the app long, that said I really like that the page layout can be customized. If I want to see the 14-day forecast the top, and the coastal forecast right next to it then it’s easy to organize how I’d like to view it. Great design, loads fast, and there’s plenty of data without too much clutter!
By youngmyr

However, the lack of more current weather conditions is a big downfall for me. I only see current temp, and feels like temp.
By [Just a nameless soul]

Ok, so I buy the add free. It says you Dan change settings but I am not seeing that. Wish I had not spent the 6 bucks .. ;( Not flexible at all
By LuluGirl1

It’s a fantastic app. I used the free version but I hate advertisements so I bought the Pro version. I even paid for the subscription they offered for a closer view, etc. What I’m most unhappy about is now I have a huge advertisement in my rainfall map trying to sell their WLAN Wetterstation. Cool ad, now go away. Nope, can’t hide it; can’t close it... so instead of spending money on these fools and their €229 Wetterstation, buy an iPad and keep it in the kitchen. It does the exact same thing and even more. Maybe the next update their devs will learn to put a little x in the corner.
By jarv383

What a let down!

Right when you need it, it won’t load up for hours. We have three small children and got caught up in a bad thunder storm for hours. I paid for this app and have been using it for years already. What a disappointment!
By Jr24hd

I‘m currently in Zermatt. The actual temperature is -2, however the app shows-17. There seems to be a faulty data source!?
By 737classic

This is a very good weather app. It works well for the three cities that I use it for. Larcalc
By Lar calc

FINALLY radar outside the US!

I’ve been looking for an app that shows radar/weather outside the US and it looks like this is the one. I don’t think it has “live” or “time-lapse” video, but it does give you a good radar picture to better know the weather wherever I am in the world. I mostly use this for Mexico and the Caribbean but will be using it for Europe and Asia in the future.
By Mama Lane

Mix of good and bad

I’m an American looking for radar data for anywhere in the world. This app actually has that. It’s the only app I’ve found that has true worldwide radar data. However, the radar loads a little slow, and the smoothing effects on the radar data is just awful. The lightning strike indicator covers up much of the storms, and it’s difficult to see the structure of the storm itself; couple that with the smoothing too. The smoothing looks a bit like someone drew it with three markers. It’s almost comical. That could certainly use some work, but I’m happy I actually have some sort of data to look at anywhere in the world. Some apps have only Europe, Japan, Australia, Guam, USA, and South Korea. This app has all that, and the rest of the world.
By Wolf By The Ears