Chat & connect on alternative dating platform Feeld. From open-minded couples to curious singles, Feeld is open to everyone looking to explore their dating desires in a safe and private space. Dating for humans. Feeld is the alternative dating platform for couples and singles, open to all genders and sexual identities. A space where you can explore your desires and find your humans, Feeld is one of the largest open-minded communities worldwide. Find your humans anywhere in the world Connect with humans worldwide in Feeld’s new virtual cores. Private Be open, not exposed. Explore your desires in a safe & private space. For Open-Minded Humans We offer the option to pair profiles with a partner, a lover or a curious friend and to explore Feeld as a couple. 20+ sexual identities to choose from including: Heterosexual. Bisexual. Heteroflexible. Homosexual. Pansexual. Queer. 20+ gender identities to choose from and search for including: Agender. Cisgender. Gender Queer. Non-Binary. Transgender. Become Majestic Feeld is free to use but for the full Feeld experience, there is our Majestic membership. It comes with enhanced features such who has liked you on the app, adding private photos visible only to your Connections and enjoying more extensive privacy options. As seen in: VICE, New York Times, Dazed & Confused, The Times et al. ______ You must be at least 18 years of age to access and use Feeld. The app is free to download and use. Additional features are available when you join the Majestic Membership, an optional paid subscription service that funds the app’s development. Subscriptions must be managed by the members and auto-renewal may be turned off by going to the member's Account Settings after purchase. If you are offered a trial, the 7-day trial begins when a member signs up for the subscription through their iTunes account. The subscription will be charged on the 7th day unless the member cancels 24 hours before the 7-day trial ends. Any unused portion of a free trial period will be forfeited when the member purchases a subscription. To cancel the Membership, members must cancel directly through their iTunes account. Cancellations begin at the end of the current subscription period. All purchases are billed to the payment method that you designate when you sign up for an Apple ID as part of your iTunes account and will appear as Feeld on your iTunes statement. All personal data is handled under the Terms and Conditions of Feeld Privacy Policy. More details can be found here: https://feeld.co/privacy. Terms and Conditions can be found here: https://feeld.co/terms 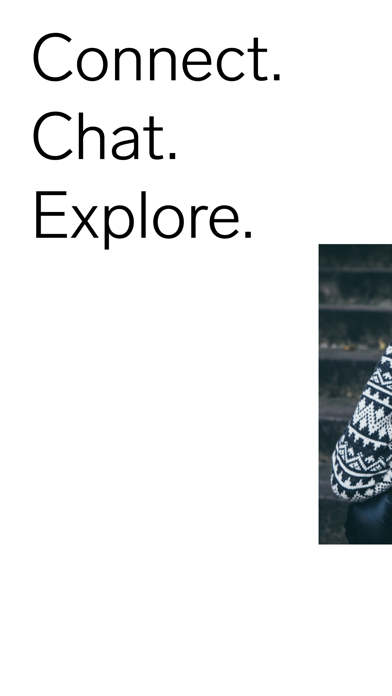 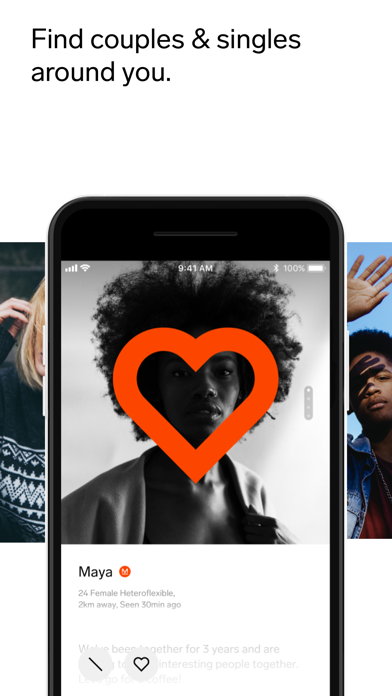 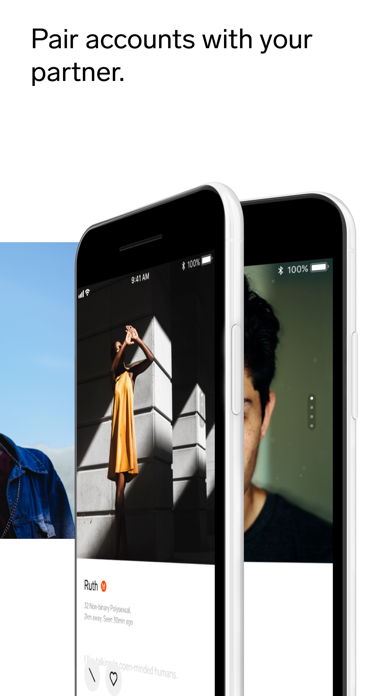 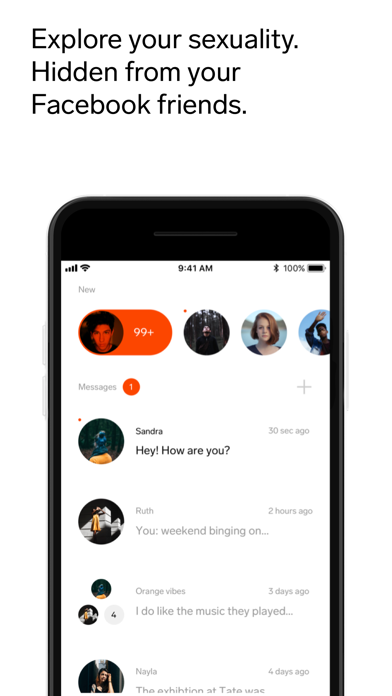 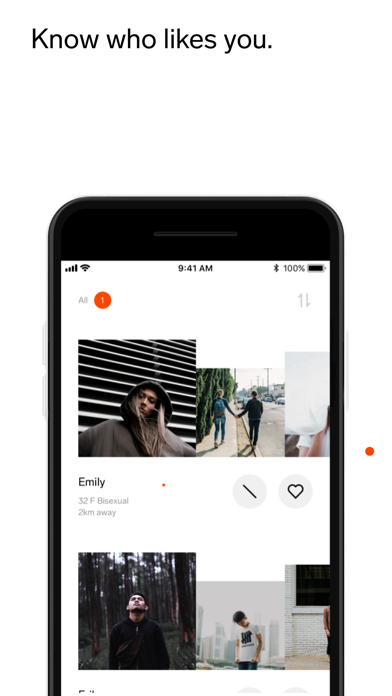 Love the concept of this app being built for ethical non monogamous relationships. Super cool! Although a cool concept, some of the features are buggy. I get that they need money to build it out but the developing team should have anticipated additional funding when they were first building this out. The bug I’ve uncovered is when someone likes me and I like them back, there is a delay in the request and it keeps showing the person in my feed when I have already liked them.
By vegantheo

Been like this for months now. What screen of death with spinny wheel just after using FB login. Can’t get past that. Aside from that, barely have any conversations on this, and certainly have never met anyone.
By GoOutWithMe.com

I’ve matched with several people here and met a few guys (2 great experiences, one just plain weird dude) and I’m a paid member. There’s not really too much I’d like to see changed except for the app logging you out occasionally. I’ve always managed to get back in without creating a new account and losing my matches, so maybe that’s one of the benefits of being a paid member. Really wish more single guys would join though, seems like sooo many couples looking for other couples.
By Ms. KT64609

decent app - a lot of room for improvement

decent app but a “swipe back” feature would be nice, profiles could definitely use a new look, and more then just 1 “super like” for paid members is deserving. Also a FaceTime feature within the app would be cool. This app has the potential to give Tinder a run for its money especially with all the shadow banning that they are doing. Just with any dating app your going to have fake accounts/bots it just comes with the territory. I’ve only been on one date with a person - it didn’t go anywhere but at least I know this app is somewhat real/functional. Hopefully with summer 2021 around the corner this app will be more active.
By ElieP_

I’ve written maybe one or two bad reviews in my entire Apple/iPhone history but this is just ridiculous. I understand limiting SOME features so people have to pay but taking away all basic functionality is ridiculous. Why allow users to sign up and create a profile if they can do absolutely nothing with it? Unless they pay of course. It’s not like we’re being offered a free trial and then asked to pay; they want the money upfront and expect people to pay for a service that they aren’t even sure will work for them. It’s not like it’s affordable especially during a year long pandemic that has seriously affected global economies. I understand the app has to run some kind of way but I’ve used normal dating/friend apps that do take away some features but it’s still very much usable for all. Big dating sites like MeetMe, Tinder, etc., all have paywalls but can at least everyone can still use their apps, so why can’t you all do the same? It just feels like a money grab. I’m disappointed and deactivating my account.
By britbrat1127

It’s one thing to have an app crash, but quite another that you need to delete it and reload it to get it to open EVERY DAY.
By Kiry S George

This isn’t as exciting as one would think. Pay features don't make it any better. So far the design is the only thing going for it.
By Zecchyger

why did this app actually work

I matched my first person on this app and we hooked instantly. After only about 5 days of talking we went on a first date and it ended up lasting about 10 and half hours. We just made it official recently and we’ve been so happy together. Never planned on anything like this from this app but I’m so happy I ever downloaded it and met my amazing boyfriend :). Thank you feeld LOL.
By Madady

It works but it could be much better.

even right now I’m writing a review and I can’t even see exactly what I’m writing because the app is that bad when it comes to messaging.
By &$&$&)&

All matches are the bots and not real users.
By Artistmattem