Chat & connect on alternative dating app Feeld. From open-minded couples to curious singles, Feeld is open to everyone looking to explore their dating and relationships in a safe and private space. Dating for humans. Feeld is the alternative dating platform for couples and singles, open to all genders and sexual identities. A space where you can explore your relationships and find your humans, Feeld is one of the largest open-minded communities worldwide. Find your humans anywhere in the world Connect with humans worldwide in Feeld’s new virtual cores. Private Be open, not exposed. Explore your relationships in a safe & private space. For Open-Minded Humans We offer the option to pair profiles with a partner, a lover or a curious friend and to explore Feeld as a couple. 20+ sexual identities to choose from including: Heterosexual. Bisexual. Heteroflexible. Homosexual. Pansexual. Queer. 20+ gender identities to choose from and search for including: Agender. Cisgender. Gender Queer. Non-Binary. Transgender. Become Majestic Feeld is free to use but for the full Feeld experience, there is our Majestic membership. It comes with enhanced features such as who has liked you on the app, adding private photos visible only to your Connections and enjoying more extensive privacy options. As seen in: VICE, New York Times, Dazed & Confused, Cosmopolitan and Vanity Fair. ______ You must be at least 18 years of age to access and use Feeld. The app is free to download and use. Additional features are available when you join the Majestic Membership, an optional paid subscription service that funds the app’s development. Subscriptions must be managed by the members and auto-renewal may be turned off by going to the member's Account Settings after purchase. If you are offered a trial, the 7-day trial begins when a member signs up for the subscription through their iTunes account. The subscription will be charged on the 7th day unless the member cancels 24 hours before the 7-day trial ends. Any unused portion of a free trial period will be forfeited when the member purchases a subscription. To cancel the Membership, members must cancel directly through their iTunes account. Cancellations begin at the end of the current subscription period. All purchases are billed to the payment method that you designate when you sign up for an Apple ID as part of your iTunes account and will appear as Feeld on your iTunes statement. All personal data is handled under the Terms and Conditions of Feeld Privacy Policy. More details can be found here: https://feeld.co/privacy. Terms and Conditions can be found here: https://feeld.co/terms 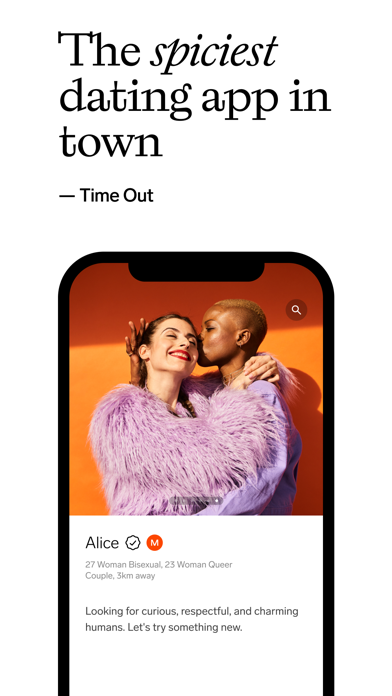 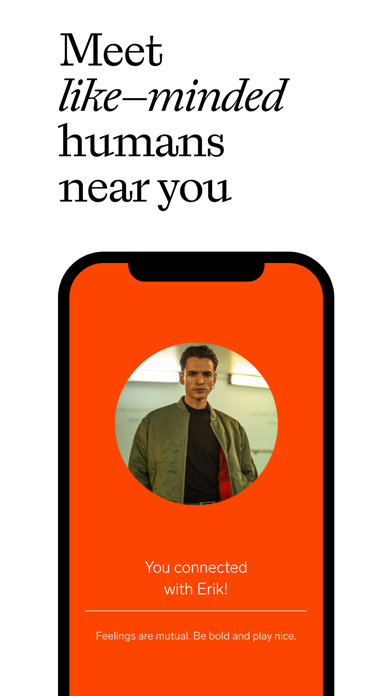 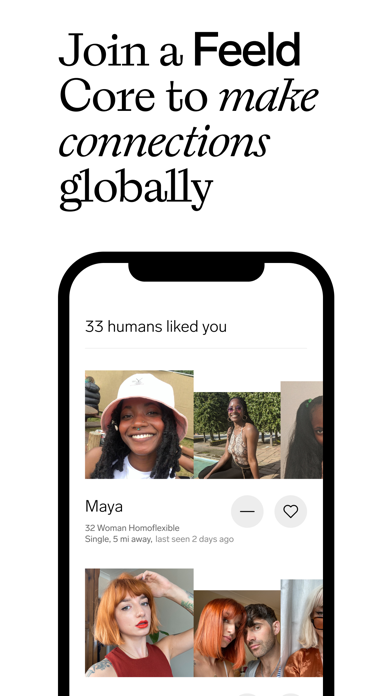 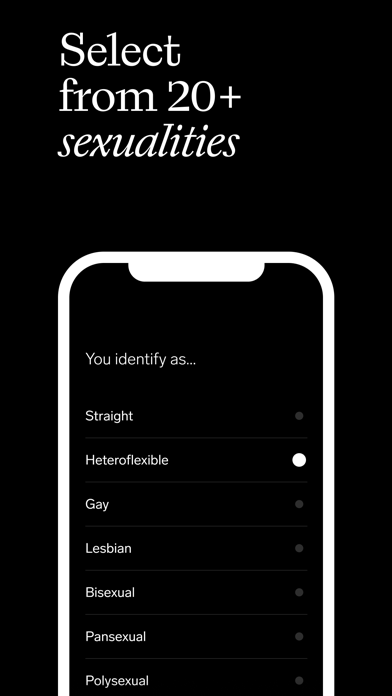 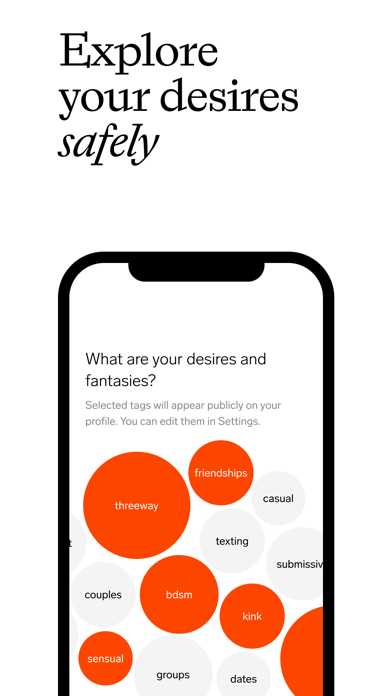 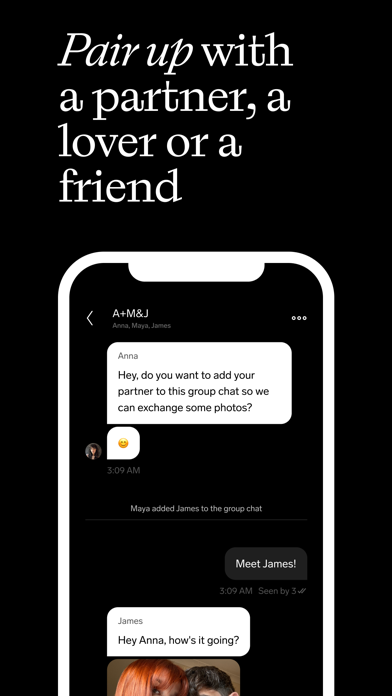 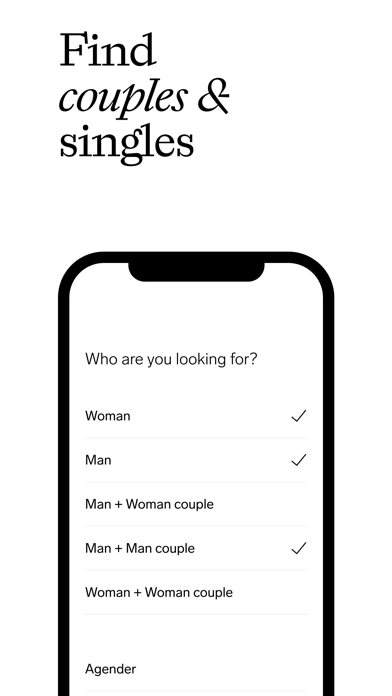 1) remove the window that pops up EVERY TIME you match with someone who sent you a like or have an option that allows you to click a box that says "do not show again" or something 2) give us the doggone option to choose our current location. Especially while travelling. Sometimes, I don't want to match with anyone in the city I'm travelling to because I want to build connections for when I'm back. Please change this asap.
By MimsyPie

In certain instances such as: -app is open in background will mark all new incoming messages as read by me -delayed messages on both ends -missing messages -immediately marked as seen when not true I’ve had many conversations with people on the app, all of them seem to have at least 1 or more issues with the messaging system
By Joep416

I purchased a Majestic membership back in July but was never upgraded in order to be able to use the advanced features. Reached out to support via chat and no response ever. I even signed out an signed in, tried a different email address, tried the Restore Purchase button and it didn’t respond at all.
By drrlramsey

The chat/messaging function is still very glitchy after the recent update. If someone sends you multiple messages while you are reading the first one you will not see the second/third message but they will show as “read” to the sender and you will not get a new message notification. Closing the app out and going back in will allow you to read the message but it will not show up as a new message. This is a considerable issue when try to forge new relationships as you may think some one is just ignoring you when in fact they don’t know you sent them multiple messages. Other than that, Great App!
By 135fjvfd4

App offers no way to untangle an account from Facebook or apple sign in, and support chat which claims to respond within a day has left me hanging for over a week
By scwinsett

Did the people who made this even know how to code?

I appreciate this dating app more than others in its premise, I really do. But man it’s the glitchiest app I’ve ever used. I hate that I can’t see beyond a few lines of text when messaging someone unless I type like 10 lines of text, I hate that when I open the app it opens directly to a new message/match (what if I don’t want to notify someone that I’ve read their message yet? What if I have multiple new matches?), I hate that new matches get pushed to the end or at random spots in the queue, I hate that sometimes it logs me out on its own and I’m scared one day my profile will just be *gone*, and I hate that once I’ve purchased Majestic, I can’t switch off the ability to see when people were last in the app/have people see when I was last in the app. I’m sure there are more bugs, I’m just not remembering right now. It’s surprising to me that this got past whatever quality checks exist for apps.
By sarahrose93