iMapp will help you track your friends and relatives who are connected to the service as well as assist you in finding a person's location by request, regardless of whether they have the app on their device installed. Now, you no longer need to call each other dozens of times to arrange a meeting, you can simply view each other’s locations via a phone number. If all of your family members install the iMapp application, you will be able to know not only their current geolocation, but also the places in which they have visited during the past 60 days. Install iMapp and you will be able to: • track the location of your friends and relatives connected to the service • find out the location of any person; regardless of whether they have the app on their device installed (targeted devices should support HTML5) • view the time list of location(s) of your friends for last 60 days • get notifications when your friends arrive or leave from the places that you have created • control the battery level of your friends and family's phones • get directions to your friends, events, or any other places that you wish • create your own places on the map • share your location with your favorite friends in automatic mode • use the program for tracking locations of children and relatives • send the coordinates of a selected location using the most convenient way • use the most energy-saving technology of location tracking. The accuracy of coordinates whilst searching for devices using phone number or email depends on the availability of built-in GPS/GSM/WiFi modules on the targeted devices. In the case that there is no GPS, the coordinates are detected according to the data of cellular networks, with the accuracy ranging from 100 to 1000m. If there is no GPS and GSM, then the coordinates are detected via IP address. This function works by sending a unique message - that the app generates - to the phone number supplied which contains the location. The message will be opened every time when you want to update the person's location. If you are involved in confidential matters, you may change your status in iMapp so that your mark is displayed only to your favorite friends; or you can make yourself invisible. iMapp has the following subscriptions: iMapp Premium - $4.99/mo, $39.99/yr iMapp PRO - $9.99/mo, $59.99/yr With Premium, you will be able to connect any number of devices to the iMapp service. This allows you to track connected devices via PC, locate persons using a cell phone and also access 24/7 support. With the PRO version, you get all the features of Premium as well as unlimited moving logs of all your friends and relatives. Premium and PRO yearly subscriptions come with a free 3 day trial. When the trial expires, the subscription will auto-renew on a monthly or yearly basis. You will receive your first charge 3 days after starting your trial. The subscription costs will be charged from your score, linked through an iTunes account. Your subscription will be automatically renewed at regular intervals, according to what you selected, if you do not cancel it earlier than 24 hours before the end of the current period. You will not be able to unsubscribe after you have purchase it. Subscription changes are available in the Settings of your iTunes account after purchase. Solicited access: - to the camera and photo - to install the avatar - to contacts - to invite friends - to geo-position, including the background mode - to find the devices location - to push notifications - to send chat notifications Get acquainted to the Terms of Use you can on the link below: http://imap-app.com/Terms.html http://imap-app.com/privacypolicy.html NOTE: Continued use of GPS running in the background can dramatically decrease the battery life of the phone 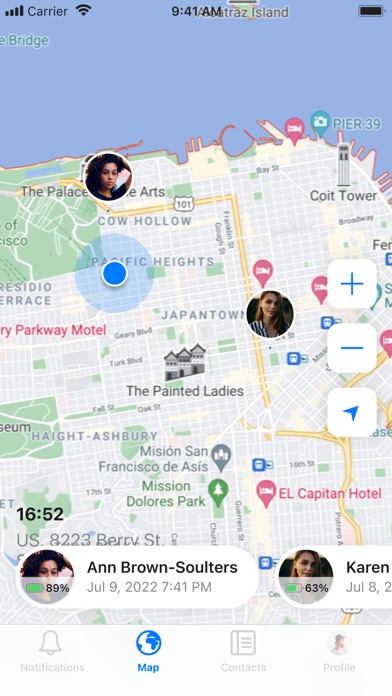 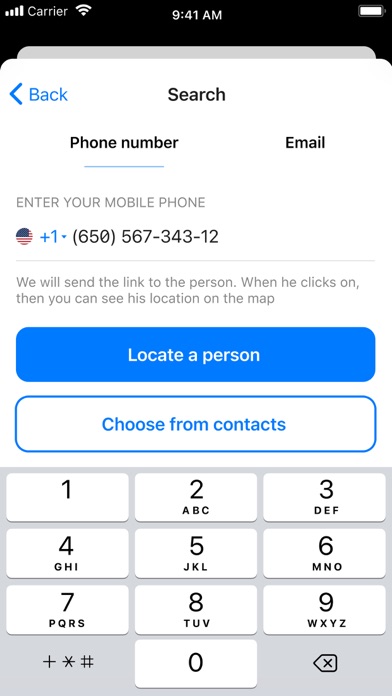 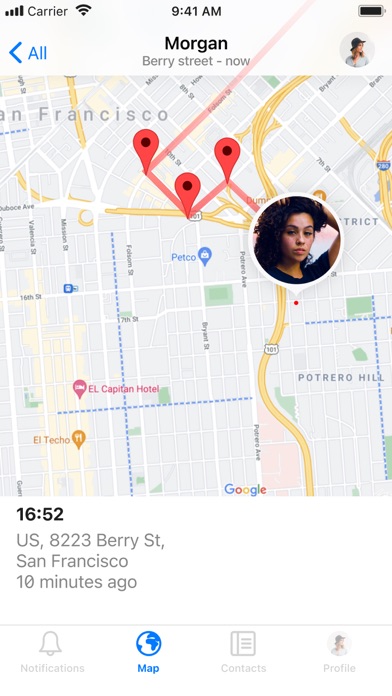 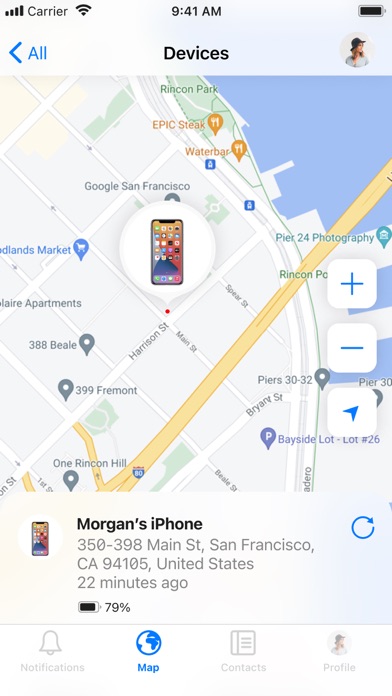 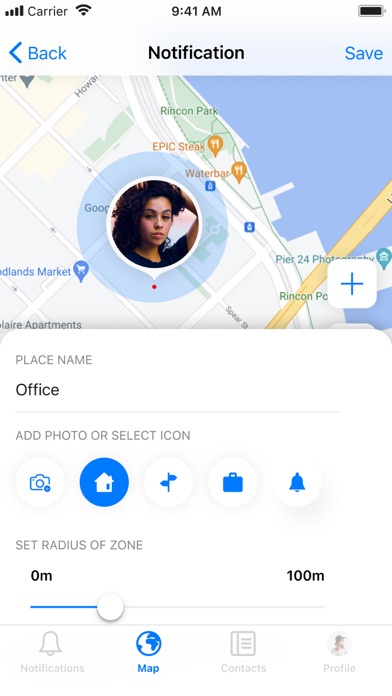 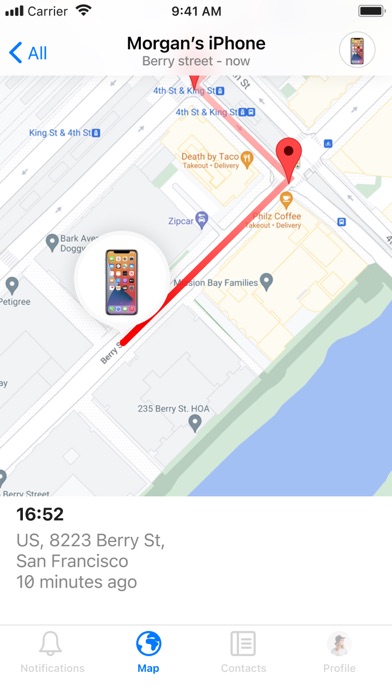 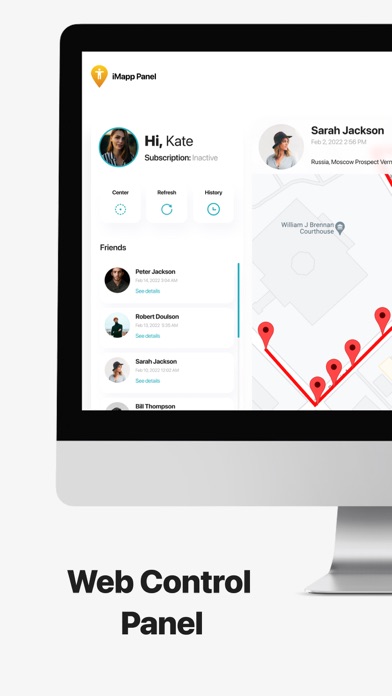 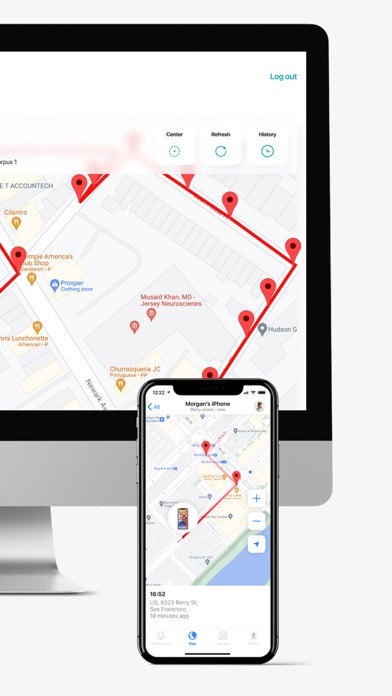 This is a useless application. My friend lives in wi and he is biding some other countries. Apple said u will be able to see where your friends are traveling but this idiot application shows his hose address not the places he is visiting . There apple application is useless n you can not cancel it
By eskay1011

Was good when free

Was good when free but now they gone the cliche route like everyone else so I’ll stick with different app.
By Slider6996

Tried to cancel this subscription over 20 times, it won’t let me.. I would hate for this app to steal my money when I only had it installed for a day and never even opened it!! Please cancel my subscription, and no contact information so I can’t call to tell anyone this problem
By n/a to disappiontment

I was using google maps and it was giving very inaccurate locations. This is the best app!
By Emaluvz

Love is a great feeling when there’s transparency, trust and respect. I’ve been looking for apps that could track effectively, as the need for it arose when my spouse started acting funny, keeping late nights & all sorts with no genuine reason. I became insecure, which I didn’t like. I had to try my hands on a few tracking apps including this one, which didn’t work well, more so, it needed to be done remotely without suspicion from my spouse. I got a recommendation about a private cyber investigator, Mike, whom i wrote to his email at webspyderrr@gmail. com . I got scared because what if my assumptions were wrong & my spouse found out i was trying to spy on him? Anyways i continued with my plan as he, my spouse, was still acting suspicious, i could feel it in my guts. After employing the services of Mr Mike, we communicated & i provided him with useful information such as my ex’s phone number & a couple other details. At that point, i needed to satisfy my curiosity. To my utmost surprise after some hours, reports sent to me which included his phone calls, text messages, WhatsApp messages, pin point location, even deleted call logs & messages showed that my spouse, now ex, was cheating on me with one of his colleague at work, & had been frequenting a particular motel just outside the city where we lived. I confronted him as this was too much for me to hold in. He couldn’t even deny it, he was tearing up and pleading with me, but i wasn’t ready to have any of that because who throws away years of marriage just like that, no one! All thanks to my friend for the recommendation. I promised Mr Mike that I’d throw in some referrals, if he got results, which he did without wasting time. Everyone deserves to be loved, no one deserves to be treated like a second option.
By LiraFst

Origination translation is Russian based. Concerns me for privacy and I immediately deleted. Glad I didn’t allow anything on it
By LW1919

It says my family is in Europe when we live in USA. After quite a few minutes it comes back to USA. The location history does not work as the video advertised. It’s actually a whole bunch of thin lines over houses and buildings, does not follow the road. Also has a lot of stops, it’s like the app itself creates a stop every 30 seconds, on top of buildings and houses. Map looks like they stopped everywhere. Does not work at all as advertised.
By Cila721

I will never lose my mommy again😇
By coolboythat is awsome